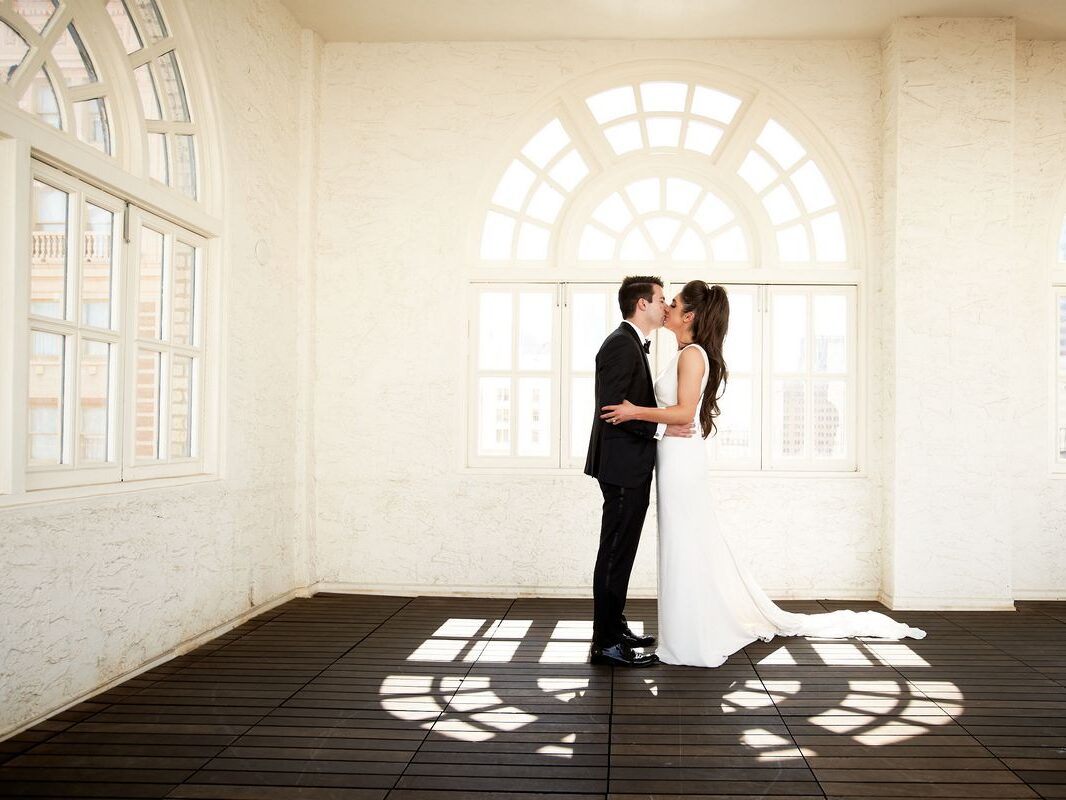 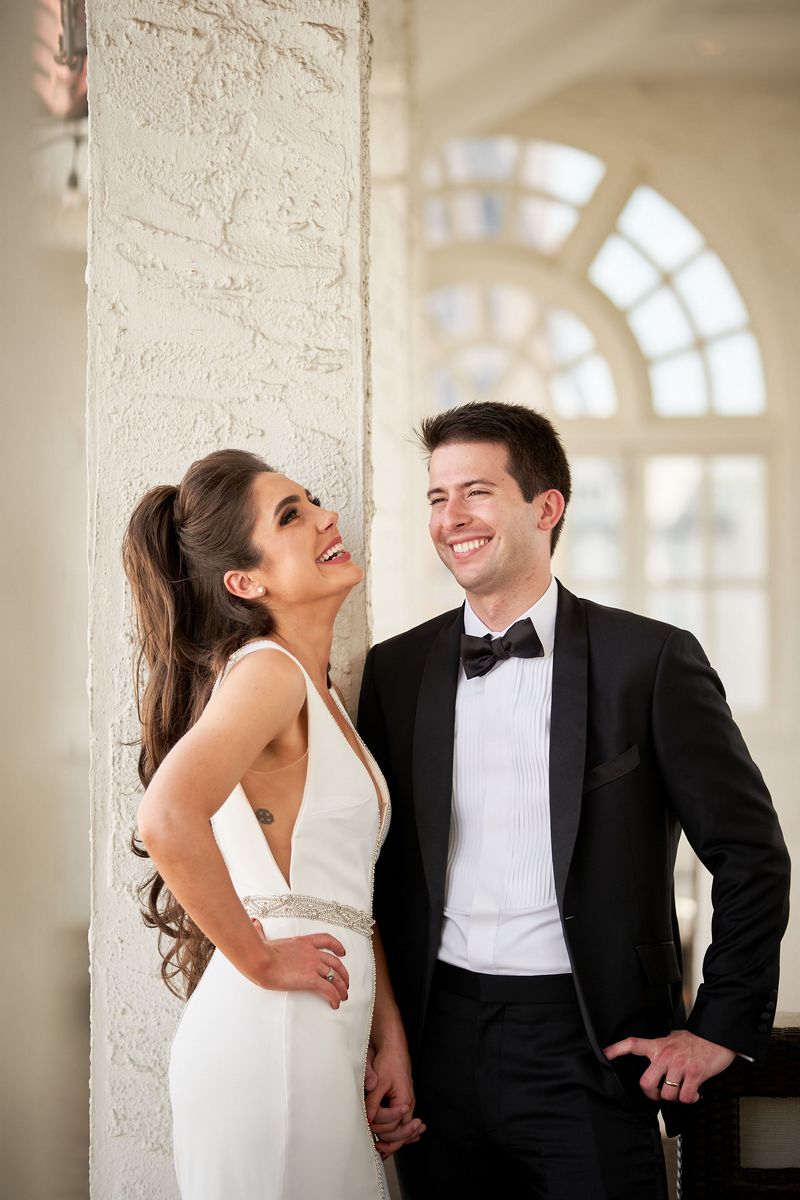 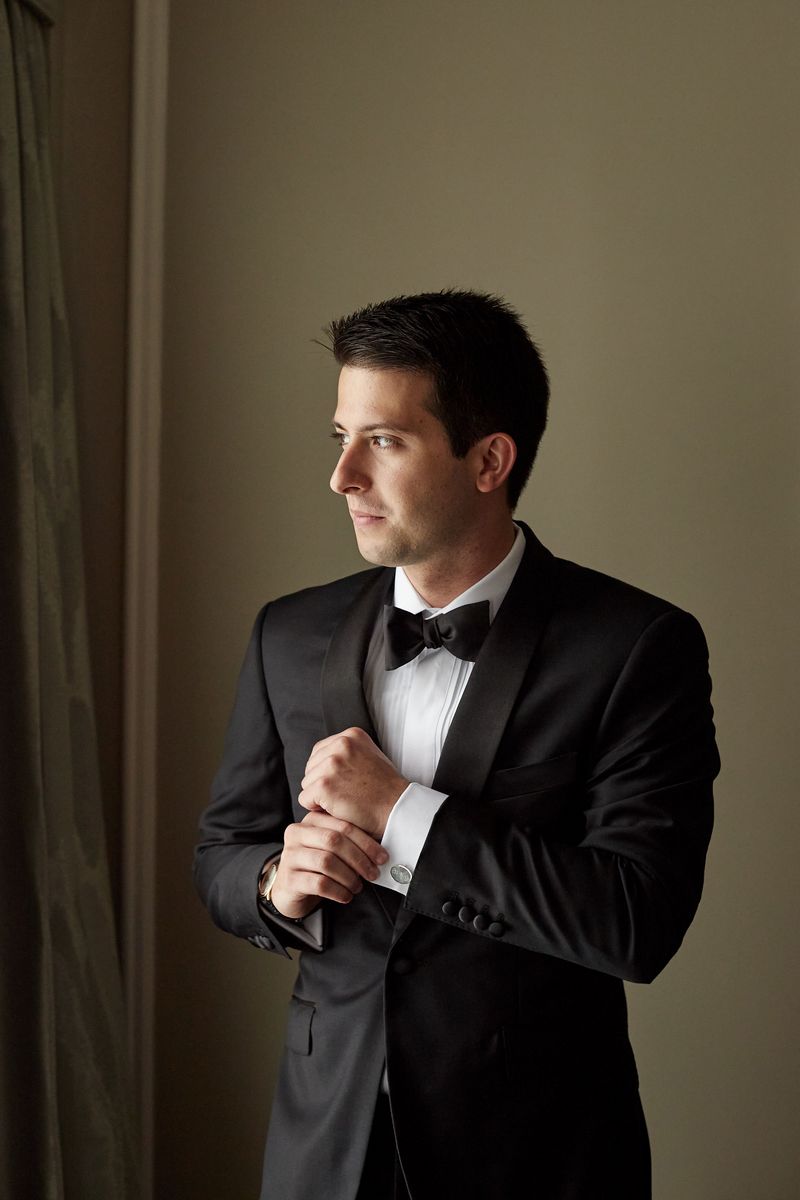 Michael & Briar met during their senior year of college at Notre Dame and Saint Mary’s College. Their paths officially crossed for a short period in a small get together where Michael invited Briar to be his partner for a game. Later on during the night, the couple was separated but the next day, a Facebook message from Michael made it clear the story for this couple was not over. After keeping in touch through the years, a relationship soon developed after Briar moved to Chicago.

After a busy holiday schedule, a planned staycation at St. Anthony Hotel in downtown San Antonio was necessary. They wanted to take a few pictures with the Christmas lights on the Riverwalk before heading out to dinner with Michael’s surprise proposal was seemingly going according to plan.

“We were all set to catch the elevator down to the lobby when I noticed one of my manicures had peeled off the nail – to be specific, it was the very important ring finger on my left hand. Michael jumped into action and firmly insisted that we go back for me to repaint my nail making it quite clear that we were not going anywhere with a naked nail. With him hovering over me as I quickly applied two coats of red and huffed and puffed to quickly air dry, I demanded to know why he was so insistent . It was at this time that Michael knew he was caught and withdrew the ring box. Down on one knee he asked me to marry him right in our hotel room. Although his plans did not pan out as perfect as he had planned them, it was perfect to me. Our engagement is the embodiment of our relationship and I just love that it was him and me in the moment.” 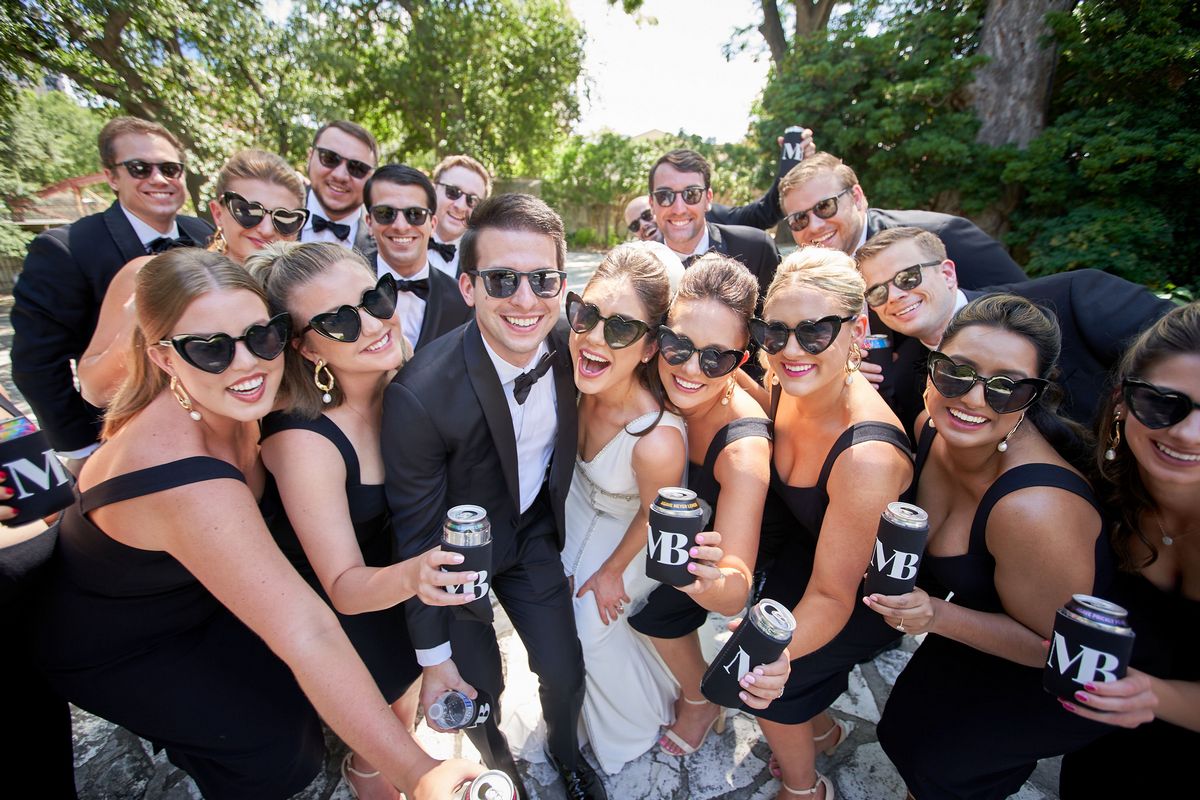 The wedding theme itself was centered around being a combination of Baroque and a modern Gatsby romance with core colors of black and white along with metal tones and pops of green. Briar loved the idea of a black and white dance floor so this element was taken into consideration as the couple planned their wedding. Freesia Designs was a big help in the planning process by creating the vision that the couple saw from day one with their florals and linens.

“Due to the COVID shutdown and restrictions following, this was our fourth wedding date change. We were originally set to get married at the Basilica of the Sacred Heart at Notre Dame University, where we met, on July 25th, 2020. However, it became very clear that the wedding we envisioned and the loved ones we wanted most to be there would not be possible. With updated guidelines shared with us in January 2021, we jumped into action and had to make the very difficult decision to abandon our original dream wedding and create anew. With St. Anthony being our beginning, it means so much to Mike and I that we will also be able to celebrate our union there. The team at St. Anthony has been so accommodating and a pillar of positivity through this quick planning process.” 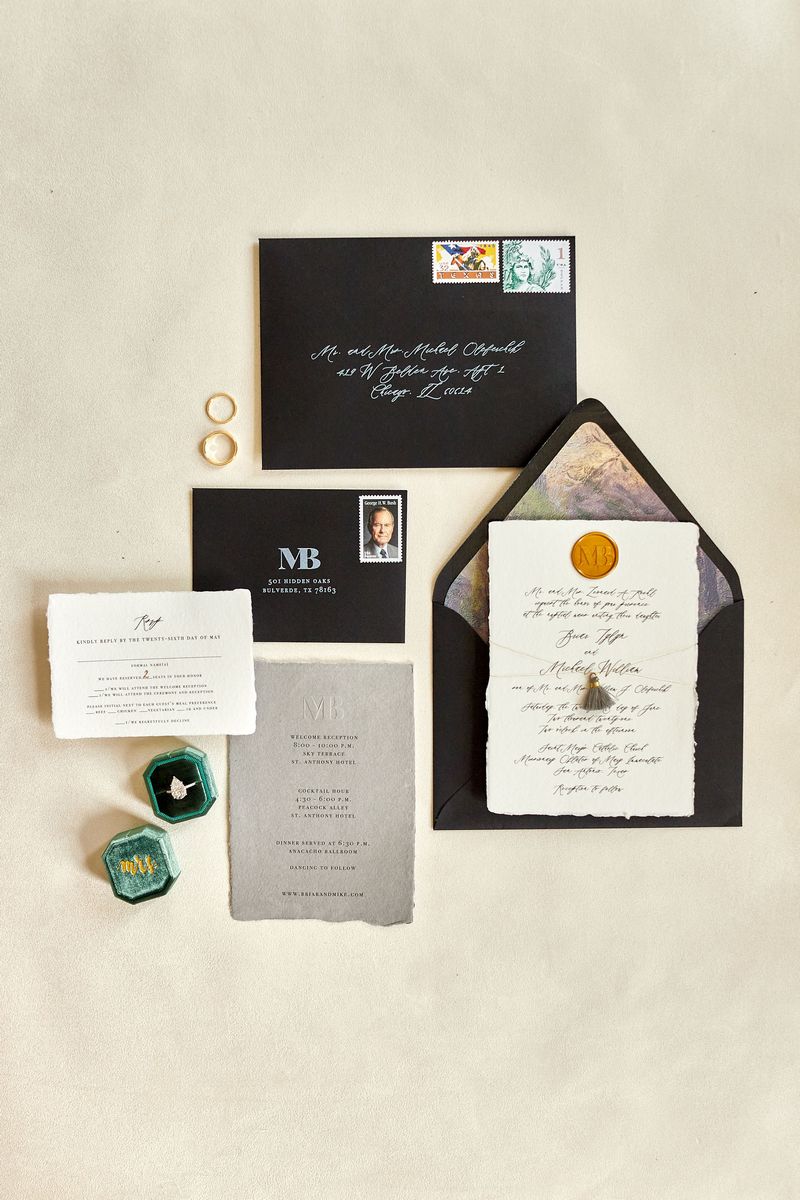 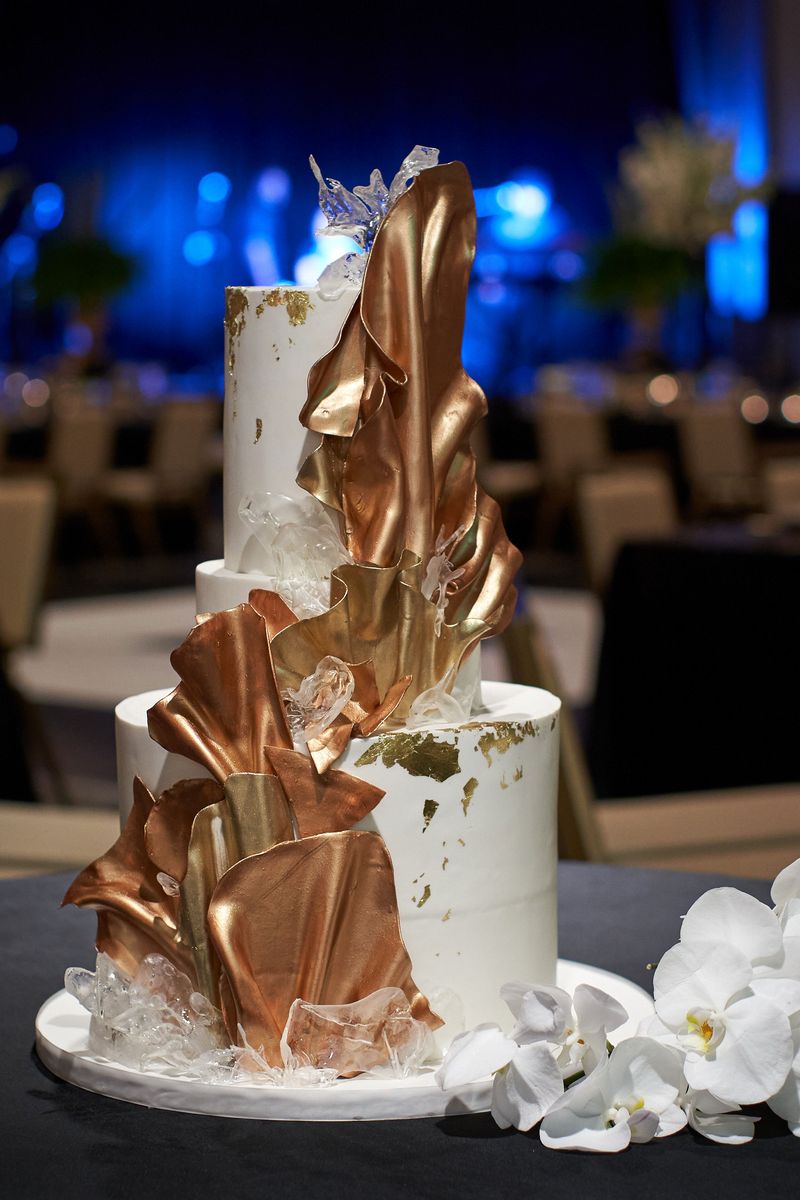 Because of all the changes taking place, Briar surprised Michael with a realistic cake of the iconic Golden Dome since the original wedding plans at Notre Dame were not able to take place. With desserts in mind, Briar’s sister also created custom sugar cookies to pay homage to Briar’s home state of Texas and the couple’s custom logo.

Additionally, Michael and Briar were married by the bride’s long time family priest, Fr. James Janish. Fr. Janish has played an important role in the Briar’s religious life and it only seemed fitting that he lead the couple into their ceremony of matrimony. 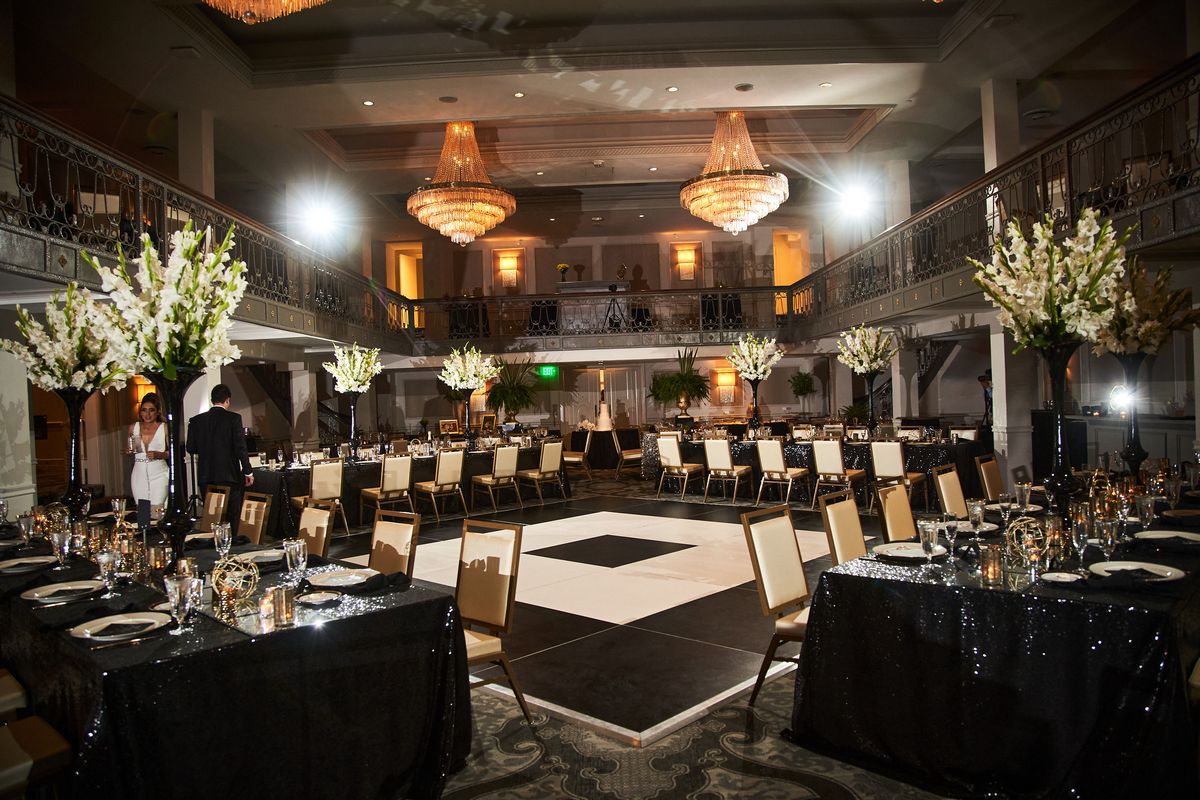 “San Antonio is a city with a small town feel, which is very approachable for guests. There are so many aspects of the city to explore within its many neighborhoods and cultural history. My advice is to establish what you want your guests to experience and find a date and venue centered around that.”