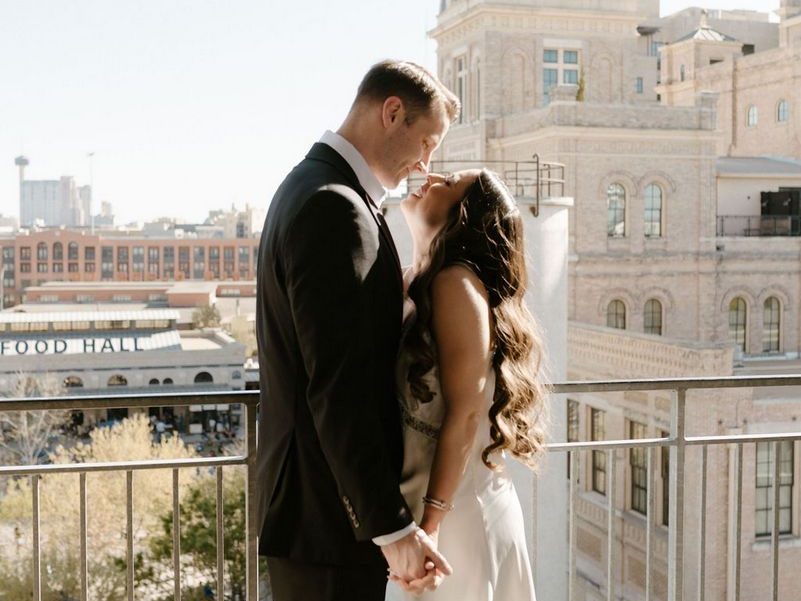 Give us the scoop on how you met

Erikka is a San Antonio native, while Nelson is from Memphis, Tennessee. Both ended up in San Antonio after collage and met at Lifetime Fitness. They both had noticed each other in the gym for several weeks before either of them built the courage to say something. Their first date was the day before thanksgiving of 2018 and were inseparable after that!

Tell us about the proposal

The proposal happened in Nelsons hometown on December 10th, 2021. Erikka and Nelson were going to celebrate an “early Christmas” with his family. We were also celebrating our 3rd anniversary that day, so Nelson planned for us to go to dinner that night. Nelson proposed on the rooftop of a hotel downtown that overlooked the Memphis bridge, just them two. He then had all of our family and friends there to surprise Erikka a few minutes after, including my parents and 2 best friends. Nelson then took her to the same restaurant where she first met his family 3 years prior and then partied the night away at a famous bar, Rayfords. To add to this amazing night,  a horrible storm was coming through and the tornado sirens started alarming downtown. They ended up completely losing power for the rest of the time they were there! 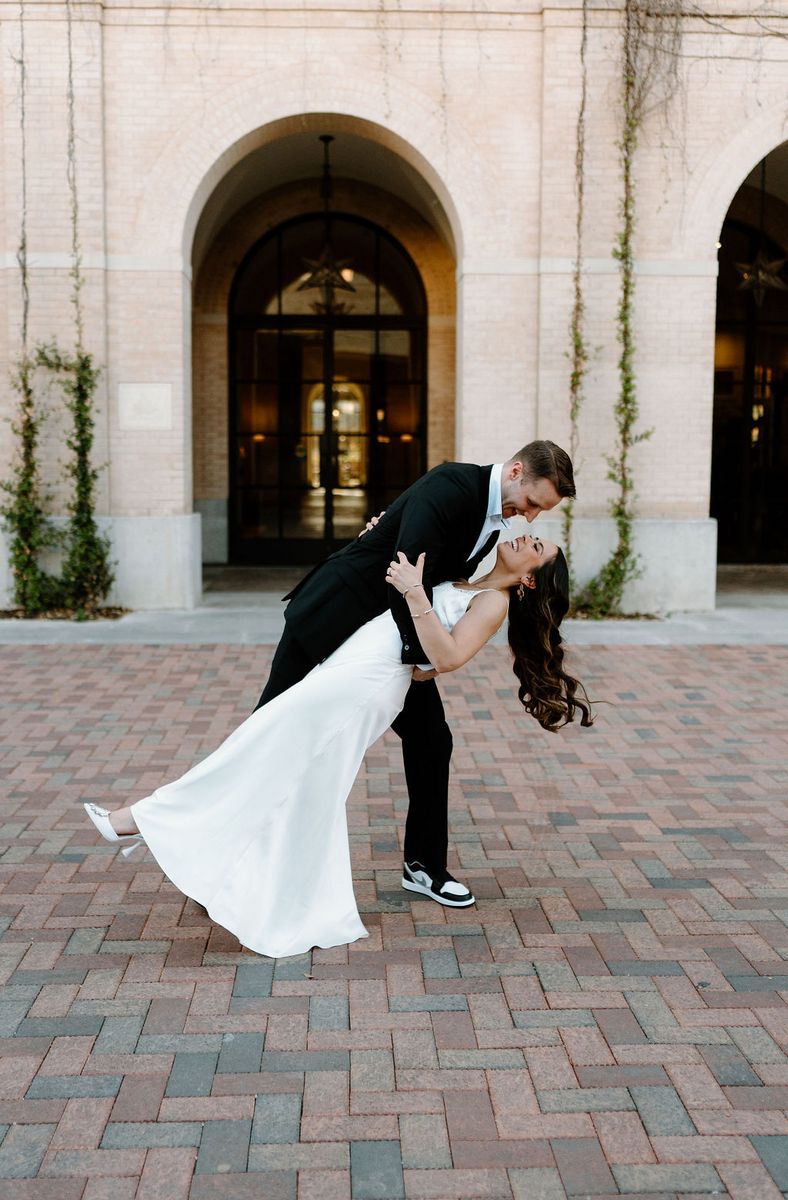 The ring was purchased at Americus Diamonds. Erikka was not at all involved in the process at all! The couple never went ring shopping to try anything on. Nelson felt very strongly about him picking out the ring on his own. He wanted it to be representative of what he wanted to get her. Erikka’s best friends and mom helped him out a little bit and the ring couldn’t be more perfect, according to Erikka!

Tell us about your gown shopping experience

“I chose to go to Mayfair bridal because it’s actually where my mom got her dress almost 35 years ago! I went shopping with my mom and best friend. I tried on about 5 dress and my mom saw the dress I ended up choosing on the manikin! I tried it on and knew it was the one, it was everything I wanted in a dress.”

Have you picked your venue…tell where, why… we want to know!

Erikka and Nelson chose the Red Berry Estate! It is a gorgeous lakeside mansion. They knew it was the one as soon as they walked in. They loved the history of the venue and also the idea of having a cocktail hour in the casino. To them, this venue was so unique and each are of the property kept getting better and better!

“We are using Sweet August to help with the planning process. Brittany has been amazing so far! Events by Hector is our decorator/florist! He’s been amazing to work with and him and my mom have gone above and beyond to make my dream come true. Isabella Macias will be my photographer. She shot our engagement shoot and the pictures couldn’t be anymore gorgeous. Cap city band will be our entertainment for the night and I can not wait! Both families really love listening to live music which is why we chose to have a band! We also wanted to bring a little Hispanic culture to the wedding so we will be having mariachis to play during cocktail hour.”