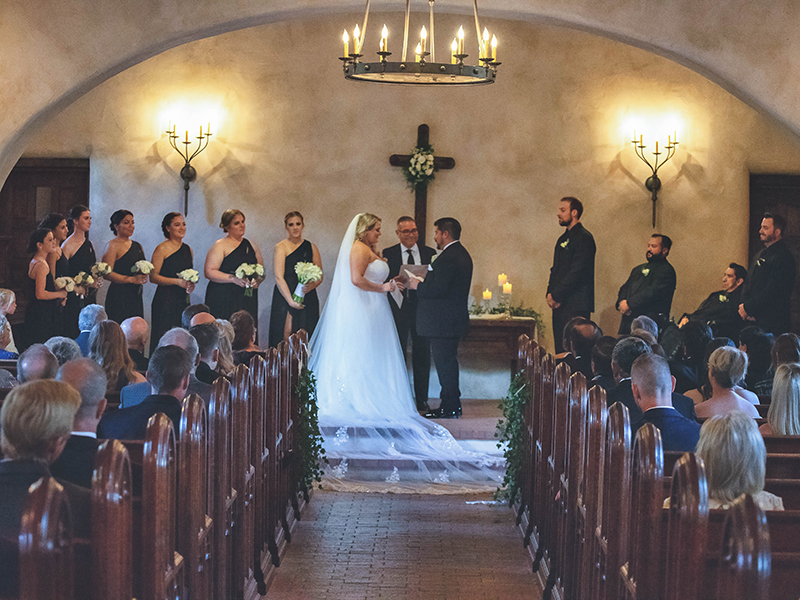 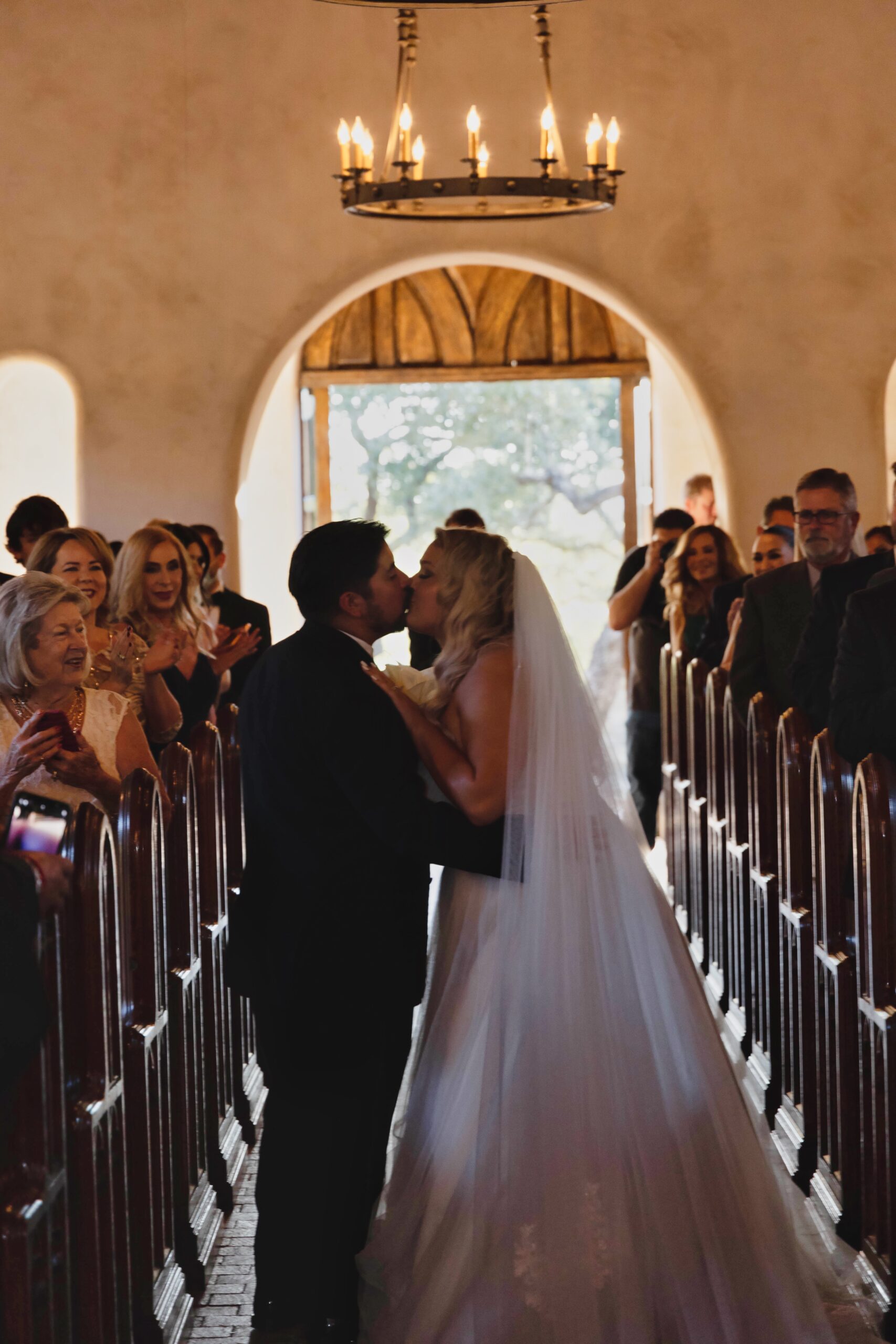 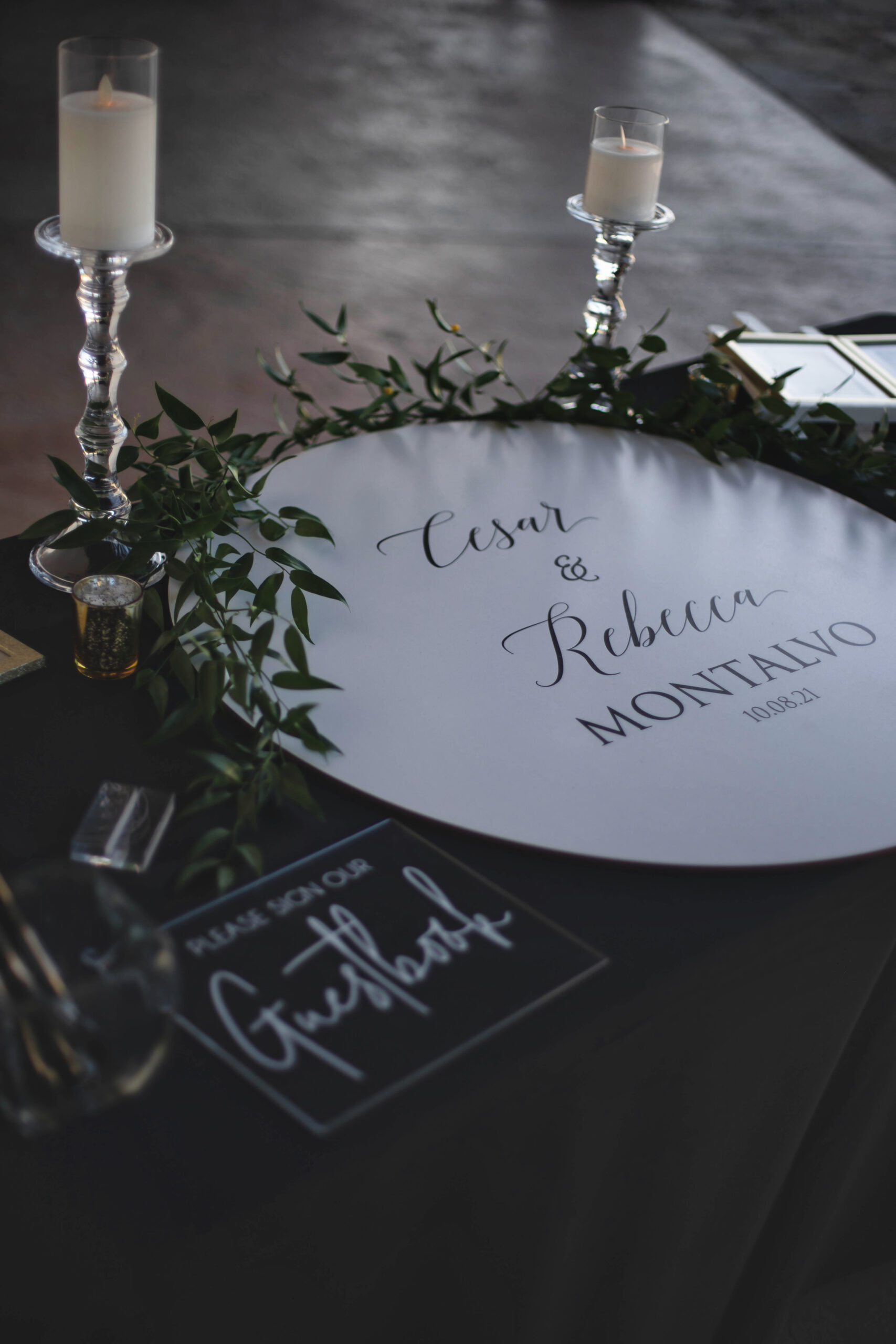 Cesar and Rebecca were introduced to each other by a family member of hers.

They added each other on Facebook and randomly messaged each other until finally met up one day. They decided to meet up at Hoppy Monk and get a drink. After a few hours of talking, the bar was closing down. They decided to grab a bottle of wine and go to the park to look at the stars. They talked all night and ended up staying at the park through the night. The couple has been together since that day.

Rebecca had stayed home the day Cesar proposed to her.

“I remember waking up to a note on my nightstand that said, ‘I love you. Have a great day,” she said.

All-day Cesar called and texted Rebecca how much he loved her. He told her that they had a dinner that night with both of their parents. When Cesar came home that night, he had a dozen roses. He handed them to Rebecca and told her she is the most beautiful woman in the world.

For dinner with their parents, they went to one of their favorite places. On the way, Cesar turned the wrong way.

“I told him he was going the wrong way,” Rebecca said. “He told me no, he knew a shortcut. I then told him no, this is a dead-end. what are you doing.”

She then saw Cesar’s brother’s truck and asked why he was on the side of the road. Ceasar told her to stop asking so many questions. She laughed, and he pulled over.

They were at the hilltop in Bulverde, where we had one of our first dates.

“It looks over all of the Hill County,” she said. “It is one of the most amazing views.”

When they got out of the car, she saw his brother taking pictures and a picnic basket with a bottle of champagne and glasses. She started to ask Cesar what was going on.

“I am in high hills and you have me walking down the side of a mountain,” she exclaimed. “I am going to break an ankle.”

They finally got to the blanket and picnic basket when Cesar started to tell her all the ways he loved her and how he wanted to spend the rest of his life with her.

Just then, Cesar got down on one knee and asked her to marry him.

They opened the champagne and had a mini photoshoot. When they got to the restaurant, Rebecca’s parents had no clue Cesar asked her to marry him.

“Once we were seated, Cesar stood up and asked my parents if he could marry me,” she said. “They said yes. It was one of the happiest days of my life.” 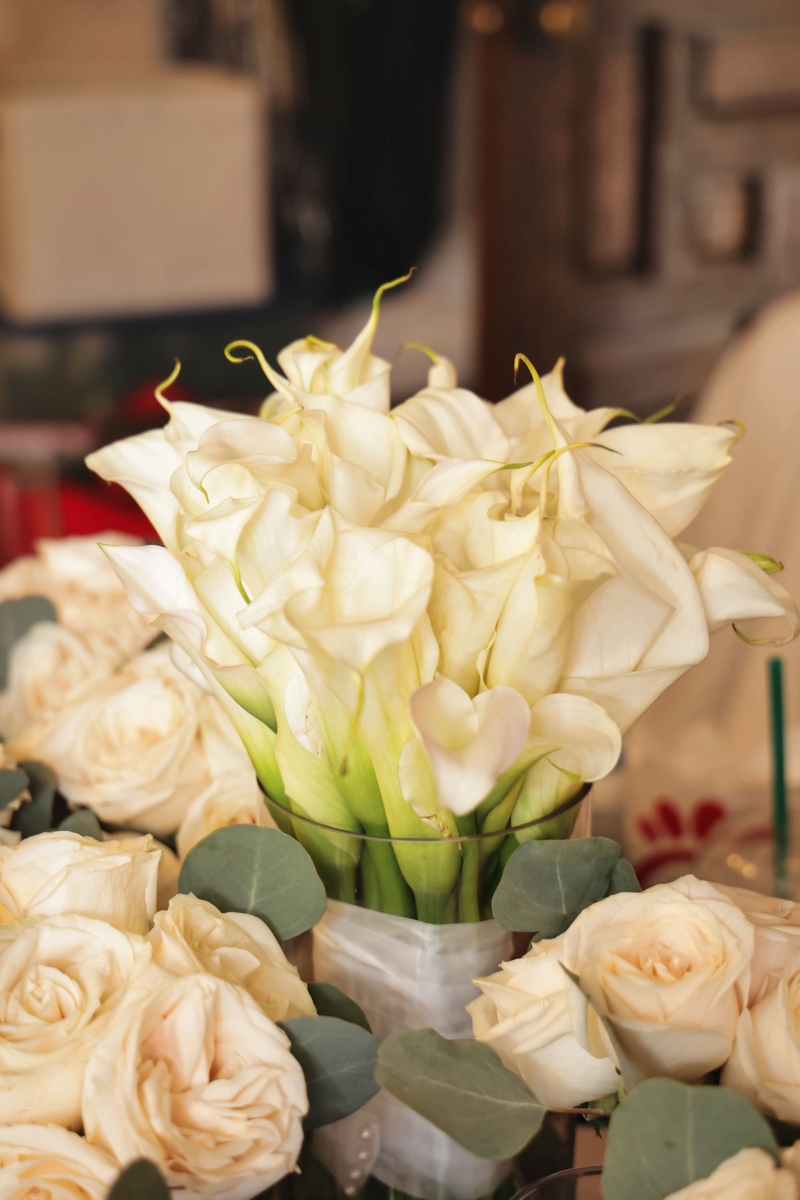 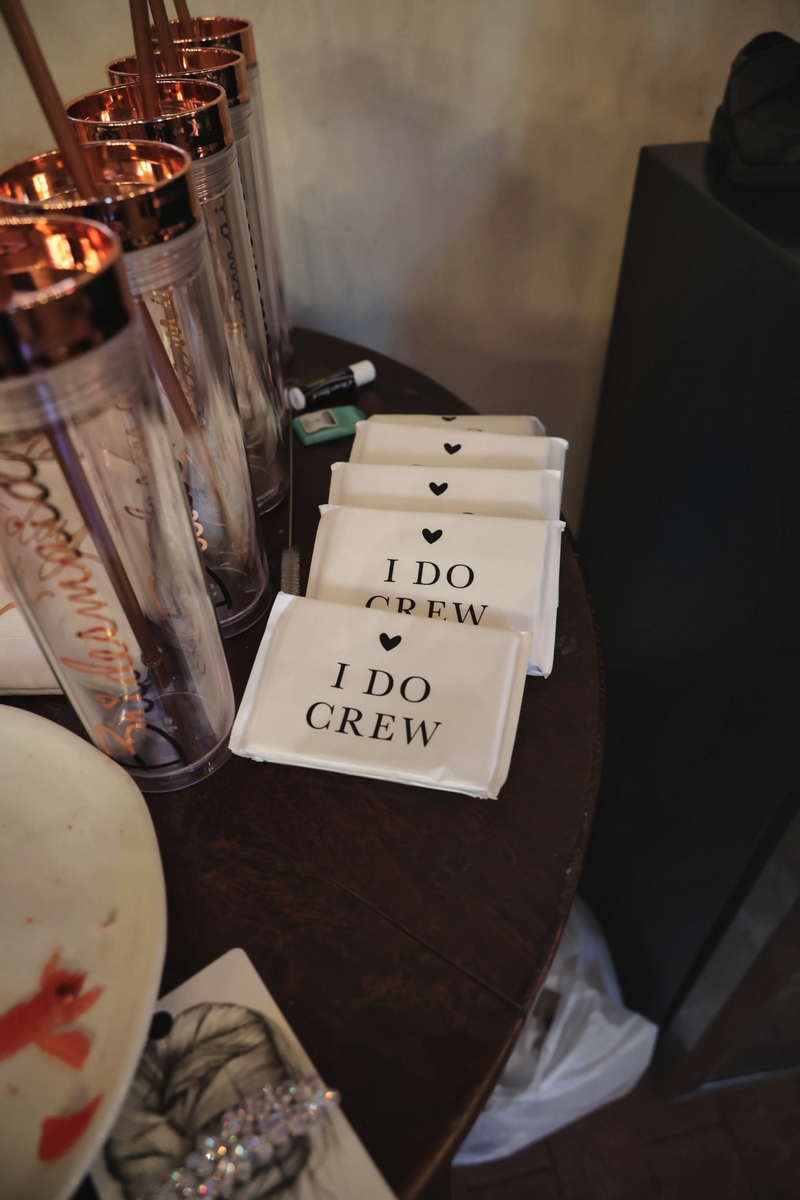 The Design of the Wedding

“The main wedding was a formal and elegant wedding,” she said.

The theme was a black and white wedding.

“We choose this theme because it was the start of our journey and we wanted to set the tone of how we wanted to grow and build our life,” she said. “We are owners of a Law Firm here in San Antonio.”

“We choose an Old Spanish mission-style venue,” she said. “It is so beautiful.”

They picked it because it brought Cesar’s background into the story. They picked their vendors for many different reasons. For catering and some of our décor, they picked the venue.

“The staff is top of the line,” she said. “I have never met a team like Lost Mission. Olivia was amazing she was next to me every step of the way. She always answered my questions and made my dream become true. My wedding planner Jennifer was also my florist. Best planner around town. She never misses a beat. My flowers were a dream come true. She outdid herself. I picked her because the first day I spoke with her she made me feel important and she was going to make whatever I wanted coming true. She also recommended me to my cake person. I hired my friends for the DJ, photo booth, and photographer. As a small business owner, I wanted to use my friend’s businesses to help support them as they do with me. It was also amazing to have them be even more evolved with our special day.”

“They both are the warmest and welcoming people I have met,” she said. “If I could plan another wedding I would choose Jennifer and Olivia again. I never had to worry about anything. They were also on my side and always helped push my vision. They are the most on top people I have ever met. They truly learned me as a person and literally would do things I wanted before I could express them. I truly appreciated that. I had 300 people attend my wedding so a lot of planning was needed. I never felt stressed with them next to me.” 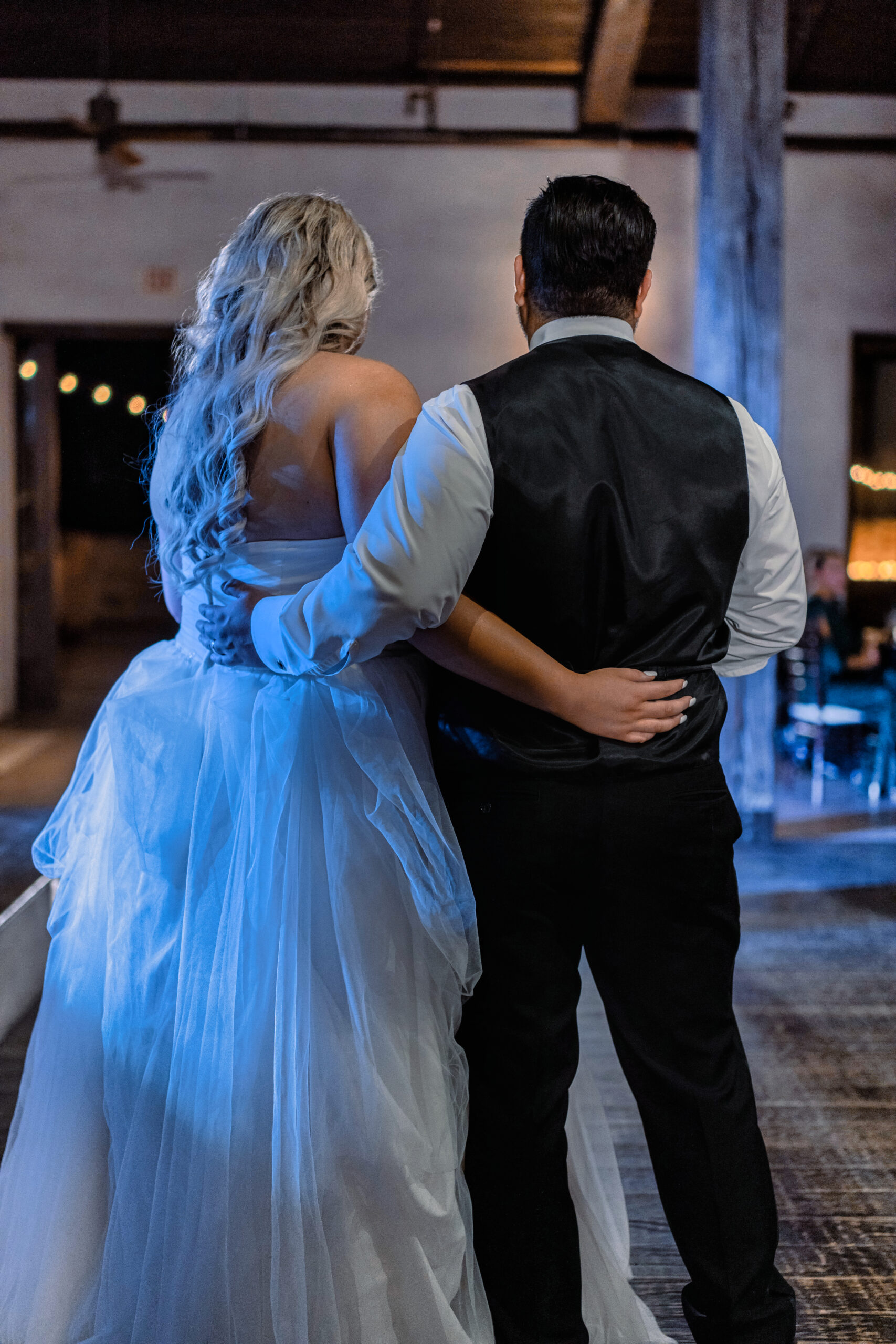 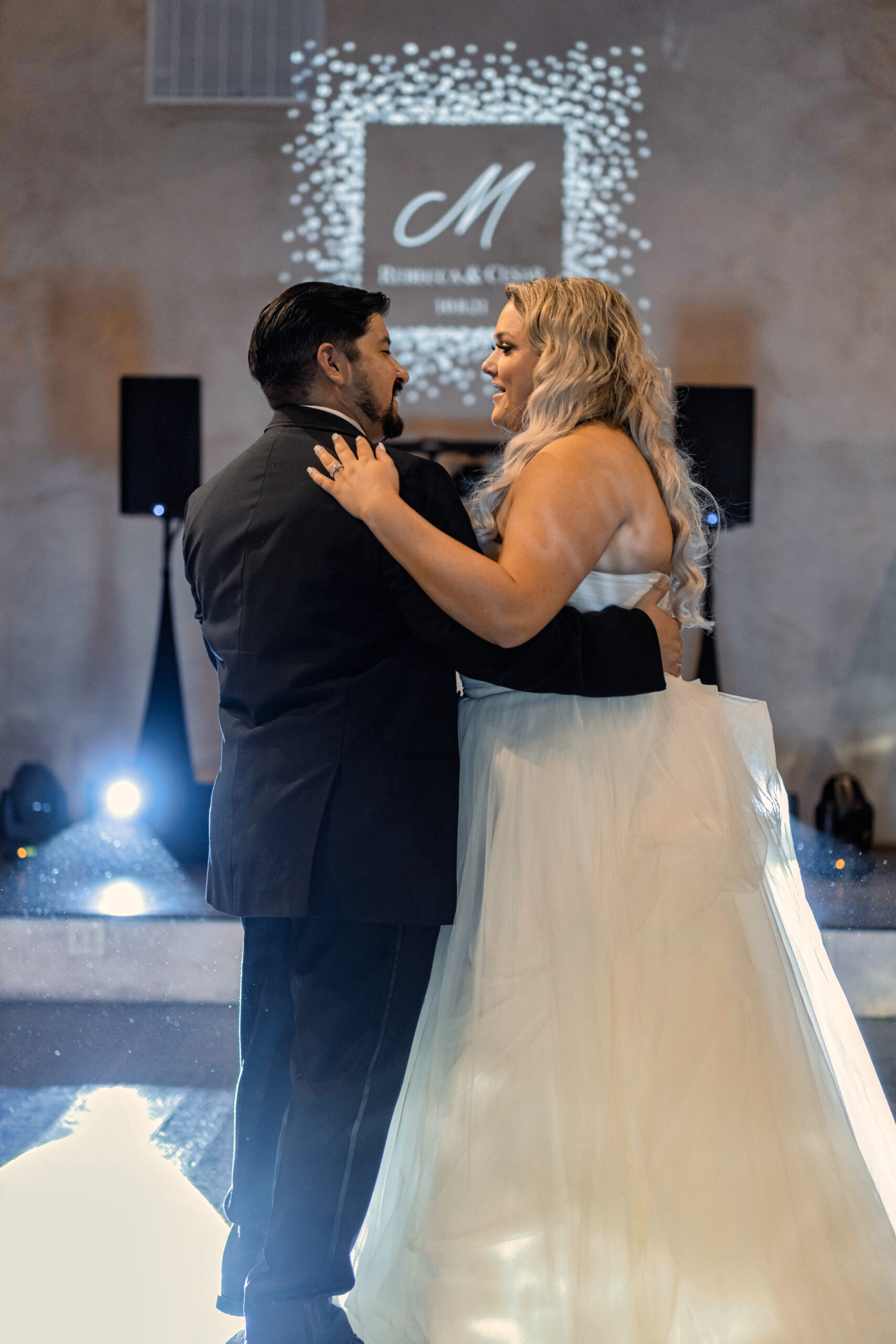 “Some of the unique elements of my wedding was that I had five chandeliers installed,” she said. “We had a late-night mac and cheese bar. We also had a 7-foot firewall. We also had the groom’s cake Law themed to tie on our business. We also had a waterfall running down the property to the reception hall from the chapel. Our guest book was a wooden sign so we can hang it up in our home to remind us of all the people who helped celebrate our day with us.”

“My advice for any future couple planning a wedding in San Antonio is to welcome the culture and scenery San Antonio has to offer,” Rebecca said. “Do your research on vendors. Do not let others’ wants bring you down. Remember at the end of the day it is your day with your future partner. Plan the day around the love you two have.”