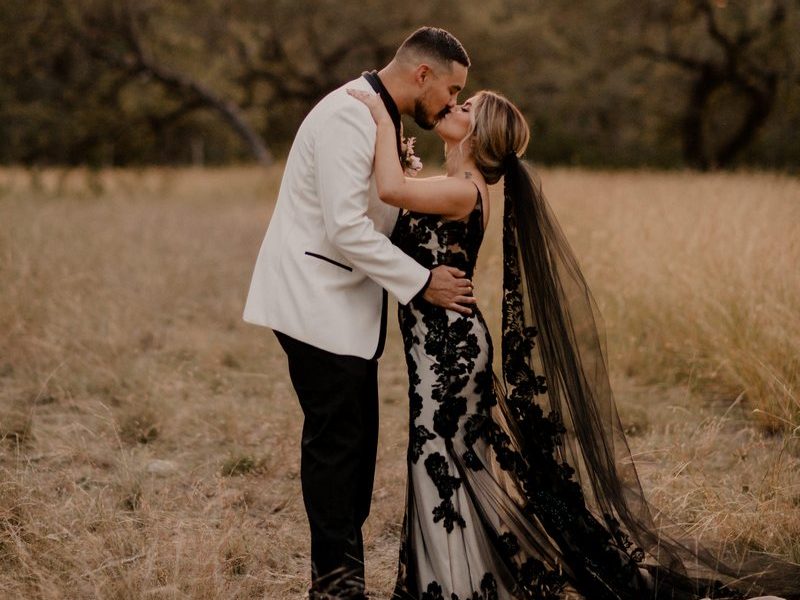 A Crush Turned To Forever

Juan and Ciarra met over 15 years ago when they were in middle school. She immediately had a crush on him, but him… not so much. He was her escort for her quince, and they always remained friends throughout the years. Life continued on and Ciarra had a daughter. Juan was doing his own thing then until 7 years ago they decided to give it a shot and they haven’t left each other’s side since. Ciarra says that Juan is truly her best friend and the best dad to their beautiful children Laylonie and Xander. Life is crazy and they are here for the ride. 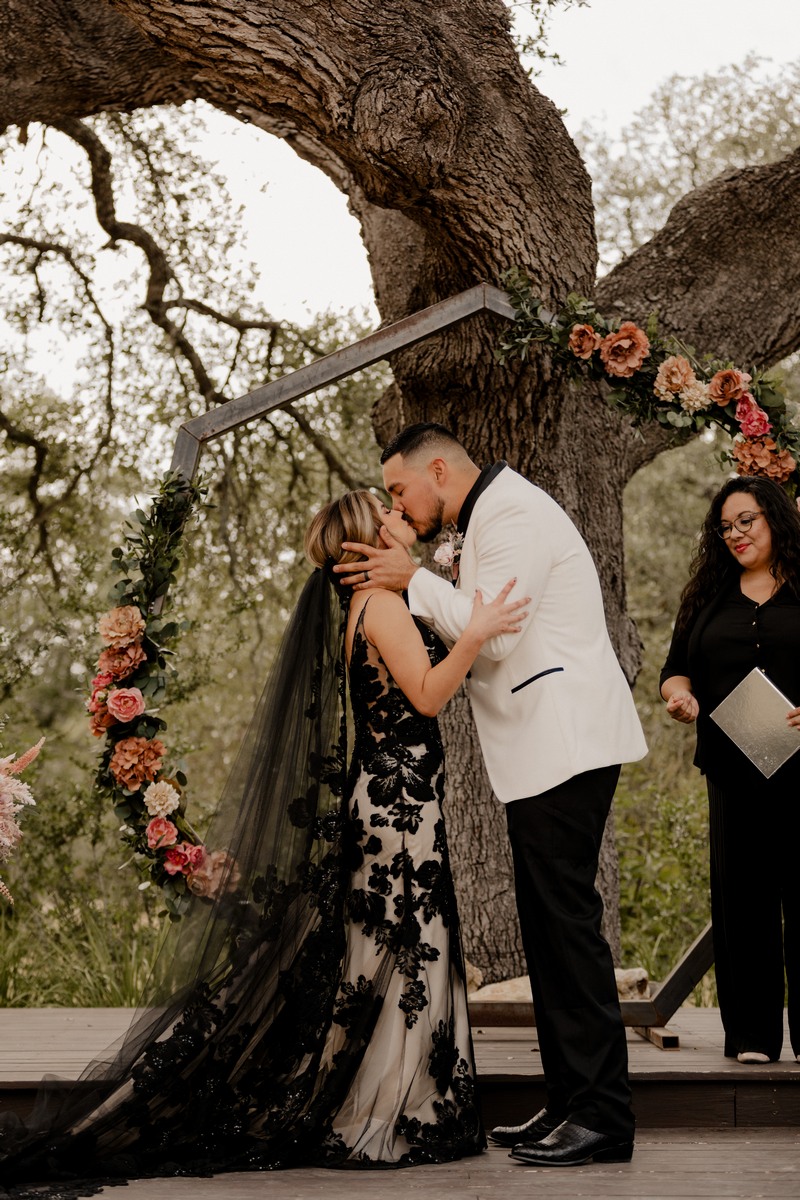 Ciarra states that the proposal was quite a surprise. She had planned a weekend getaway for her and Juan since it had been a while. Little did she know that the vacation that she planned was actually her proposal. They stayed in Waco in a tiny home for the weekend and it was the cutest, Juan told Ciarra to get ready for dinner, so she did. After dinner, he guided her to watch the sunset on the roof of the tiny home. Juan had played music and had his phone propped on a tripod. Ciarra asked who was watching them and Juan said “no one, let’s just dance.” Ciarra was stunned when he got down on one knee and it happened! She couldn’t believe it, she said that she had felt like she had waited forever. After the proposal, Juan had Ciarra’s best friend put together a video of all their friends telling them congratulations. Ciarra cried for an hour, then they finally made it to dinner. It was perfect. 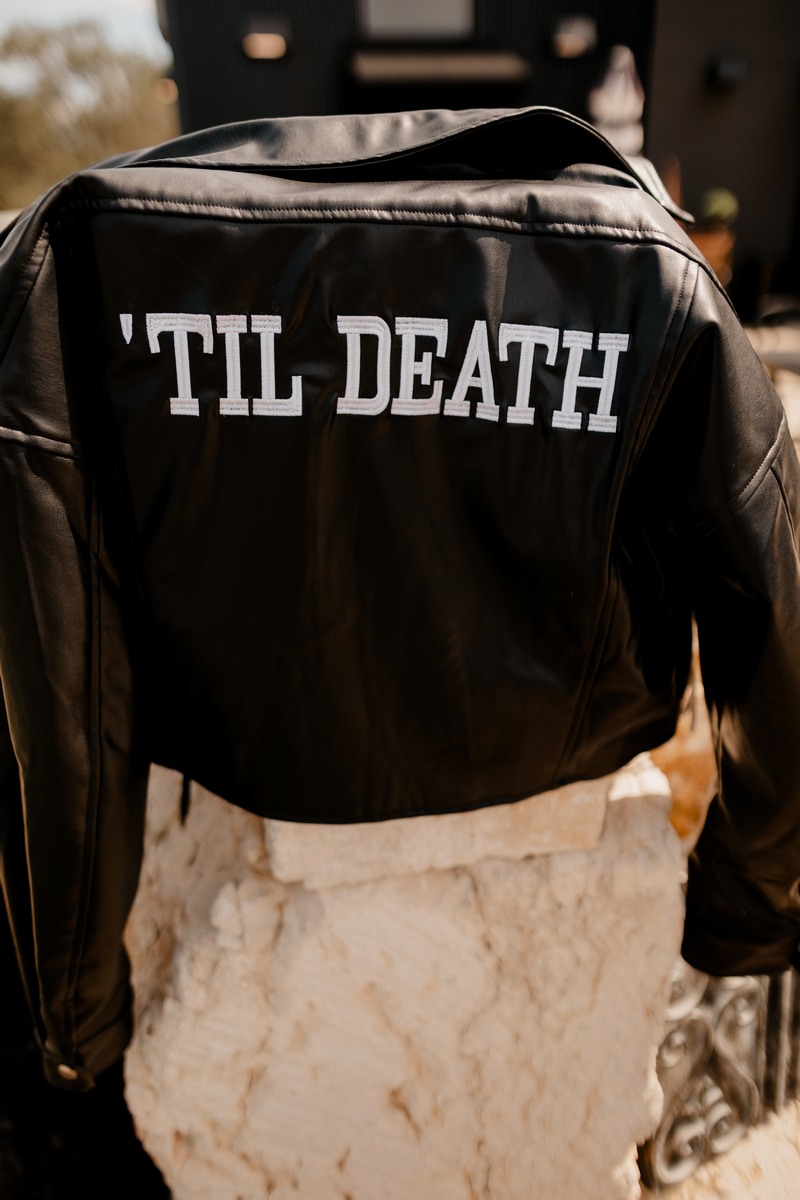 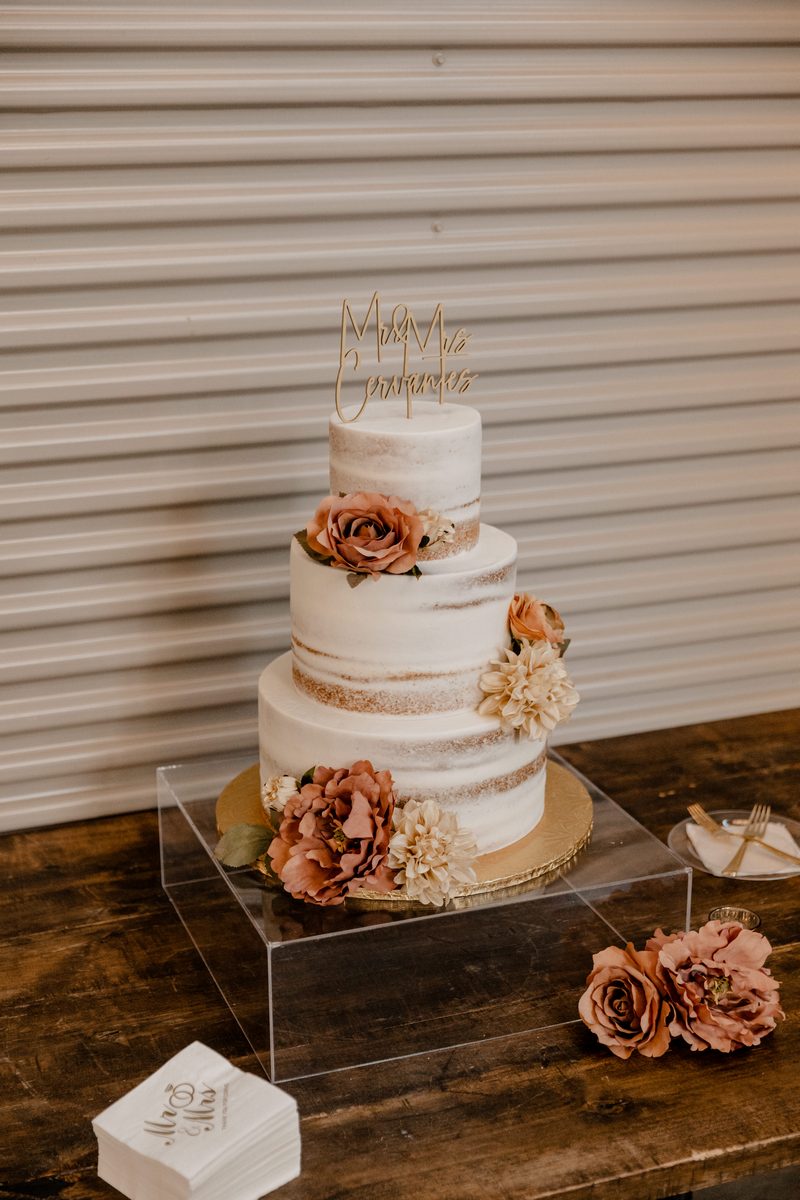 Ciarra always knew she wanted to get married in a black dress, she says that white was not for her, but she knew when she went dress shopping her black dress options would be limited, so she went in with an open mind about possibly being able to fall in love with a white dress. She tried on so many white ones and all she could say was ” yeah it’s nice”. Ciarra finally found a store that had a black dress…although she says it did not look good on her she immediately knew it needed to be black. One of her bridesmaids went on a hunt for the one she wanted and found it…in white. She tried it on and loved it, so she bought the dress not trying it on in the black color hoping g for the best. Ciarra waited 6 months to see the dress in person and it was everything and more! 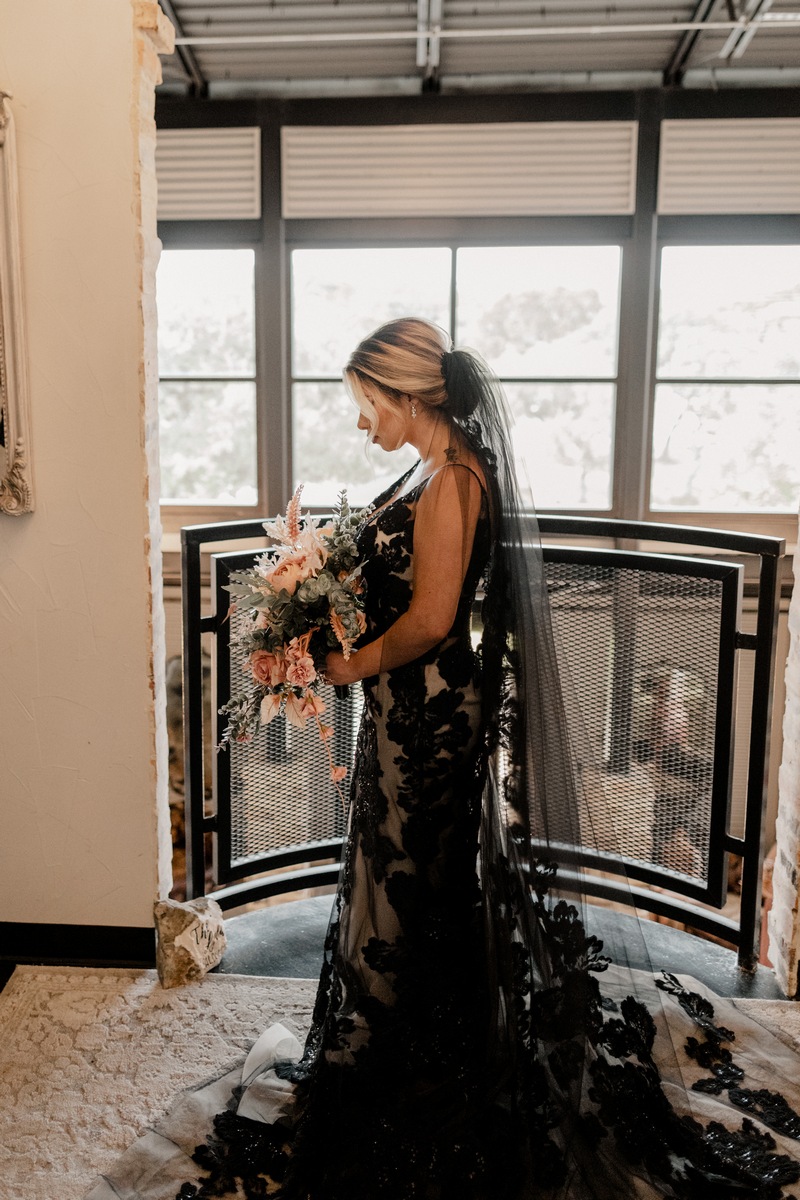 Ciarra says that the most unique wedding elements of their wedding were her dress and the location. Juan’s dad helped build the venue without them even knowing so Ciarra felt like it had some sort of significance to them for that moment in time.

Ciarra says that their photographer was the best thing she could have ever done as well as their coordinators Casey and Kayla. “Our day would not have been what it was without either of them,” Ciarra. 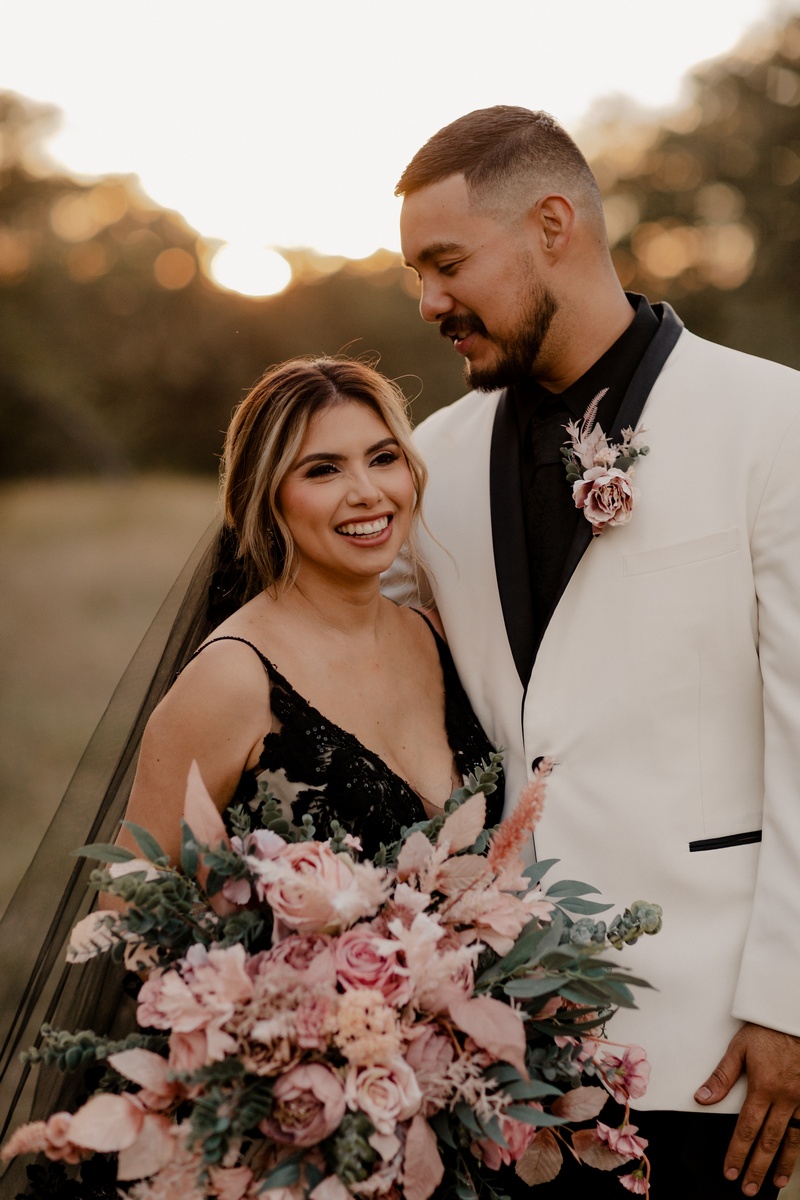