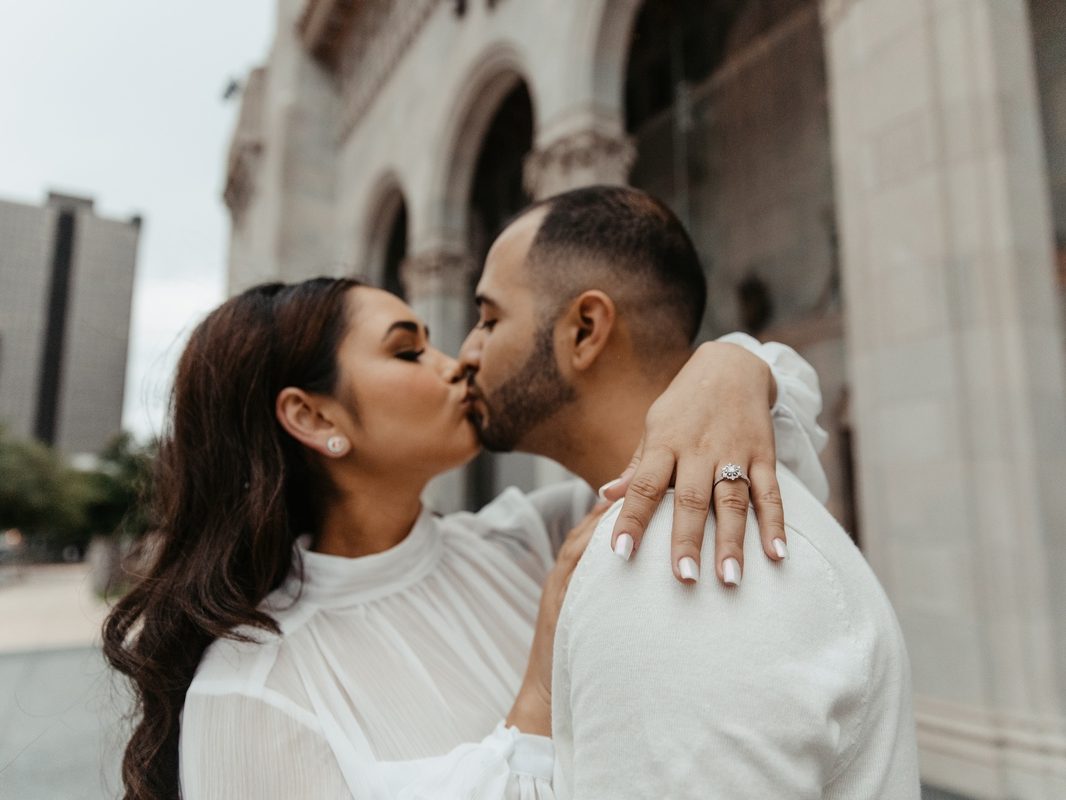 Give us the scoop on how you met!

Carlos and Seanna met at a Cornerstone College and Career Ministry bowling event in September, 2020. Carlos came up to Seanna and her friends, pretended to know them, turned to Seanna and introduced himself. They exchanged information and he offered to do a portrait photoshoot for new Real Estate headshots. Seanna declined…politely of course. Since Carlos had her Instagram, they would small talk occasionally. He asked her out all the time and she finally agreed. After their first date, Seanna was not into it. He continued to pursue her for 6 months and she eventually gave him another chance.

“After that, I was swoon! We just went for coffee in March, and by June we officially became girlfriend and boyfriend! I wasn’t ready for a relationship when we met, I needed to heal from my past. When I finally opened up and allowed myself to be vulnerable, I fell in love with him. He is my perfect man! I thank God he never gave up on me and still hasn’t.” 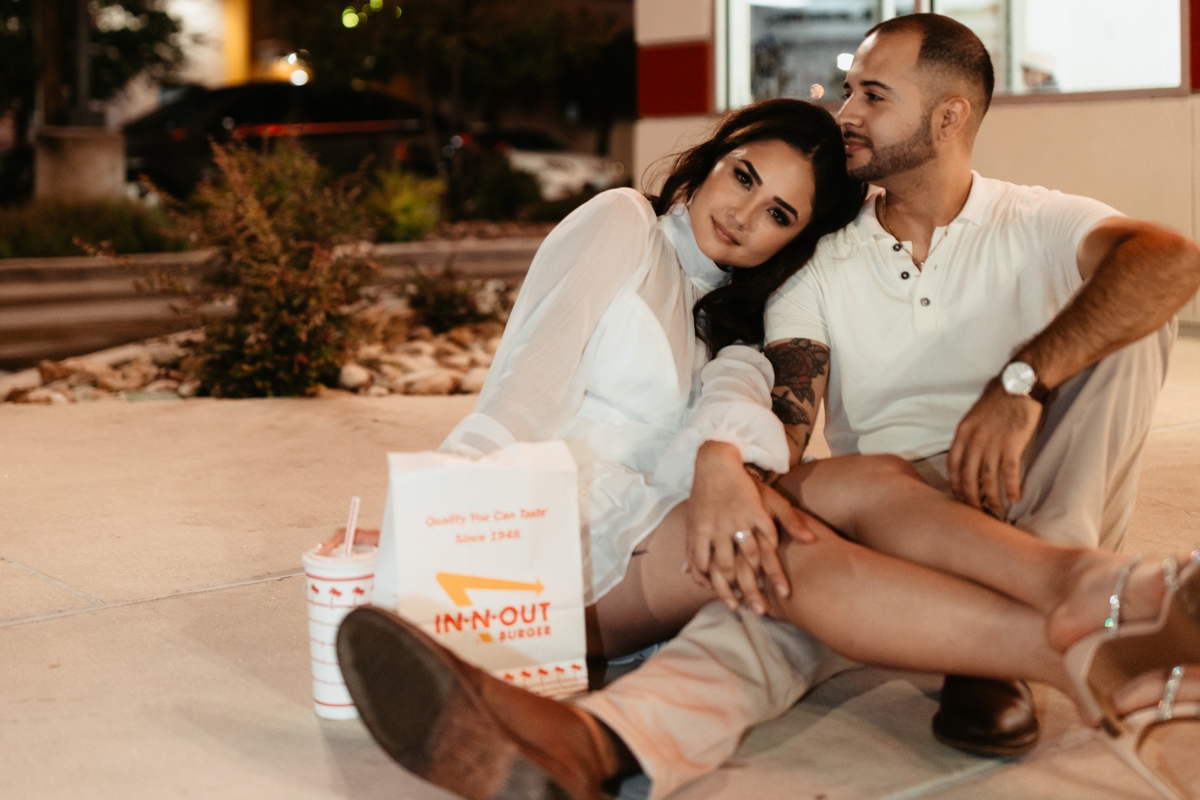 Tell us about the proposal

“We planned a date night on Saturday, March 26, our anniversary of our first official date. I rescheduled, not knowing he was planning to ask me (woopsie). It was only a day later, however I ruined his original plan to set up his proposal at the Pearl. Kudos to him for reworking everything and everyone still making it even more special!

So, he picks me up March 27th, 2022 the Sunday after. He tells me that he forgot his wallet at home and I’m worried we’ll miss our reservation, so I offer to pay and he can just pay me back. He insists he won’t let me and assured me he has already called the restaurant. We stop at his house and he tells me his mom wants to see my hair (I had just got it done that day).
I’m a little hungry at this point and I say, “Can’t we just send her a photo..?”. Gosh, I felt so bad after everything hahahaha. So, finally, I agree to go inside and show her. The door was decorated beautifully! I just thought his mom was decorating for spring, because she’s so cute like that. I walk inside and rose petals lead to the fireplace mantle. Photos of us hung from the ceiling in polaroid’s, a balloon arch, a heart shaped flower arrangement and the words, “Marry Me”. My jaw dropped! I was in total shock. We had spoken so much about marriage and knew it was what we both wanted. I had no idea it was going to be that day.
Duh!!! Of course I said yes. I also had no idea anyone was there. However, the moment I answered, all of our close friends and family came out to surround us from the other room. It was romantic, dreamy and perfectly how I wanted it to be. We cooked out and had a party to celebrate afterwards!” 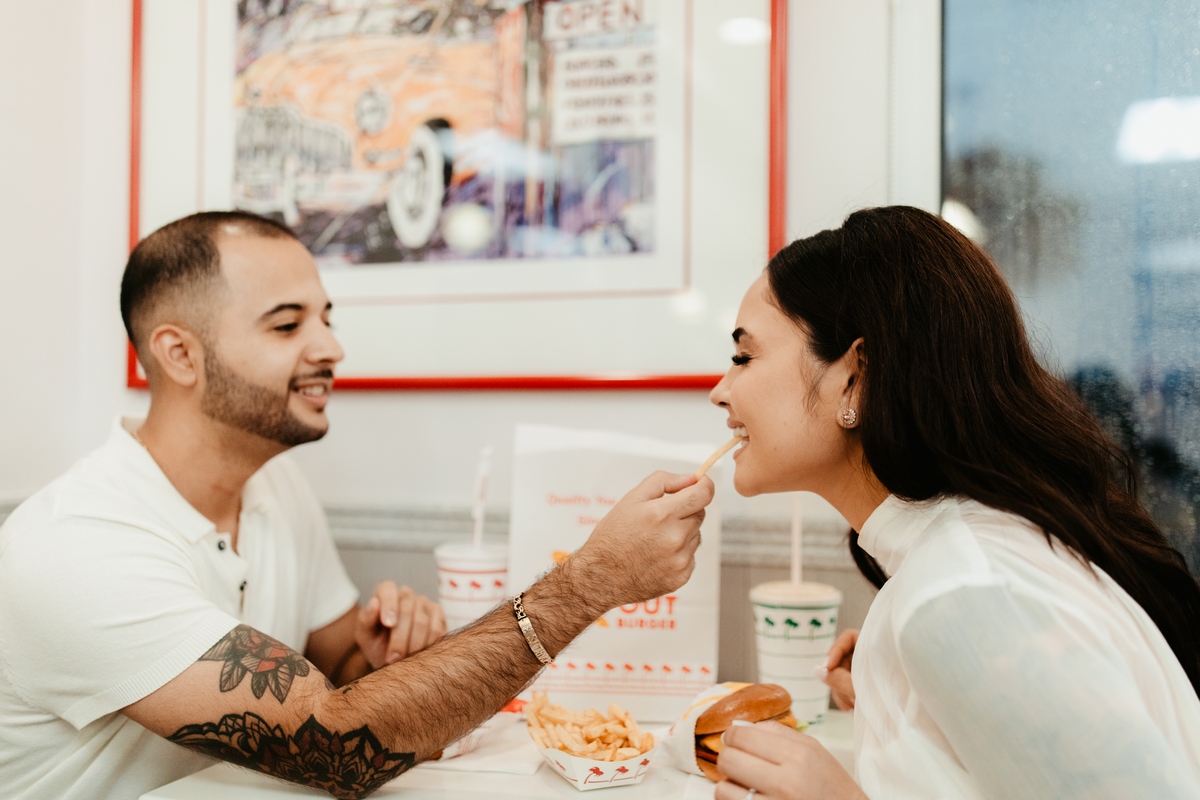 In November of 2021, the couple randomly headed to La Cantera and Carlos led her to the Zales Jewelry Store. He wanted to show Seanna how serious he was about her and the relationship. She tried on rings and expressed what she liked. Seanna chose their Disney’s Collections Elsa’s ring and pointed at a band to match it. Carlos made an account to save all the details and got her exactly that when we proposed!

Tell us about your gown shopping experience

Seanna went to two bridal shops, but ended up going with Impression Bridal San Antonio. She had an idea of what she wanted, however when she started trying on dresses, that really started to guide her decision. At the first store, she basically hated everything she tried on. At Impressions, Seanna said “Yes” to the third gown she tried on! 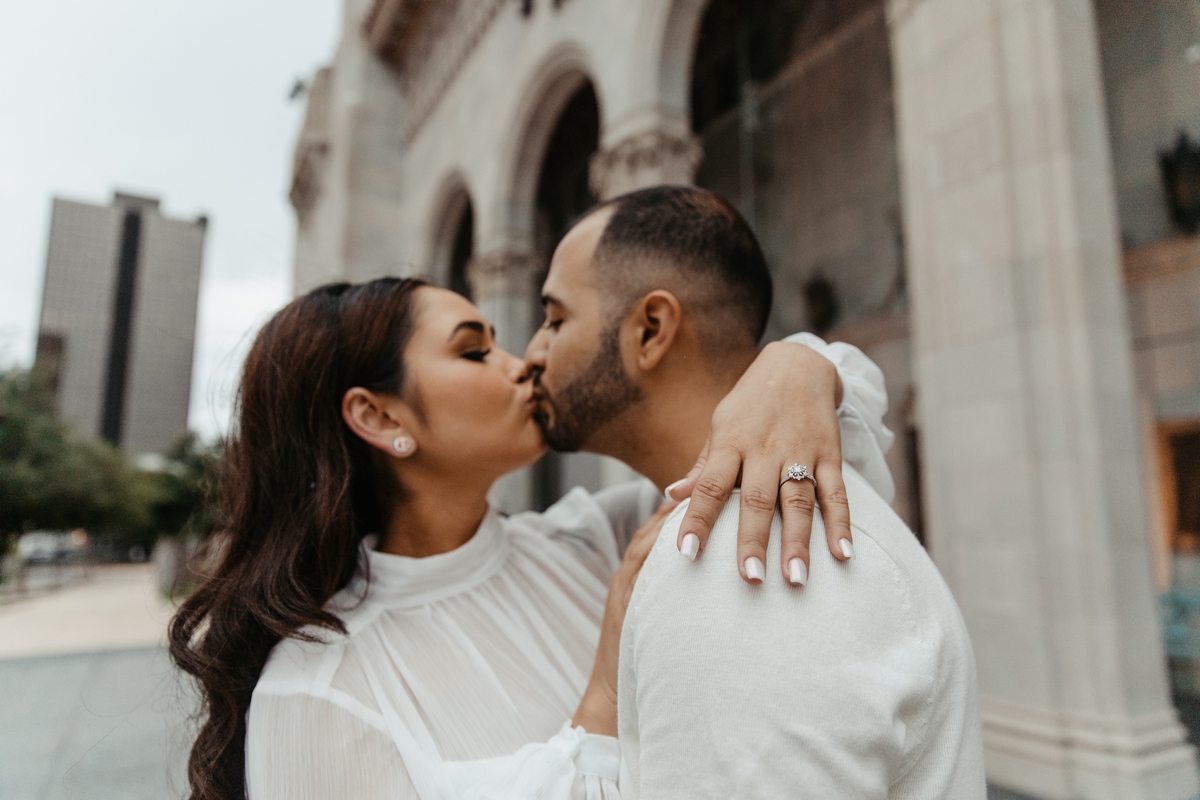 Have you picked your venue…tell where, why… we want to know!

“We chose this Remis Ridge at Hidden Falls because it has a different look then traditional Texas venues. Many venues you find here are very country inspired themes, and although beautiful, they aren’t our style. Remis Ridge at Hidden Falls is European Modern. We fell in love with the water by the ceremony and the inside architecture, not to mention the 360 mirror bridal sweet! Obsessed!” 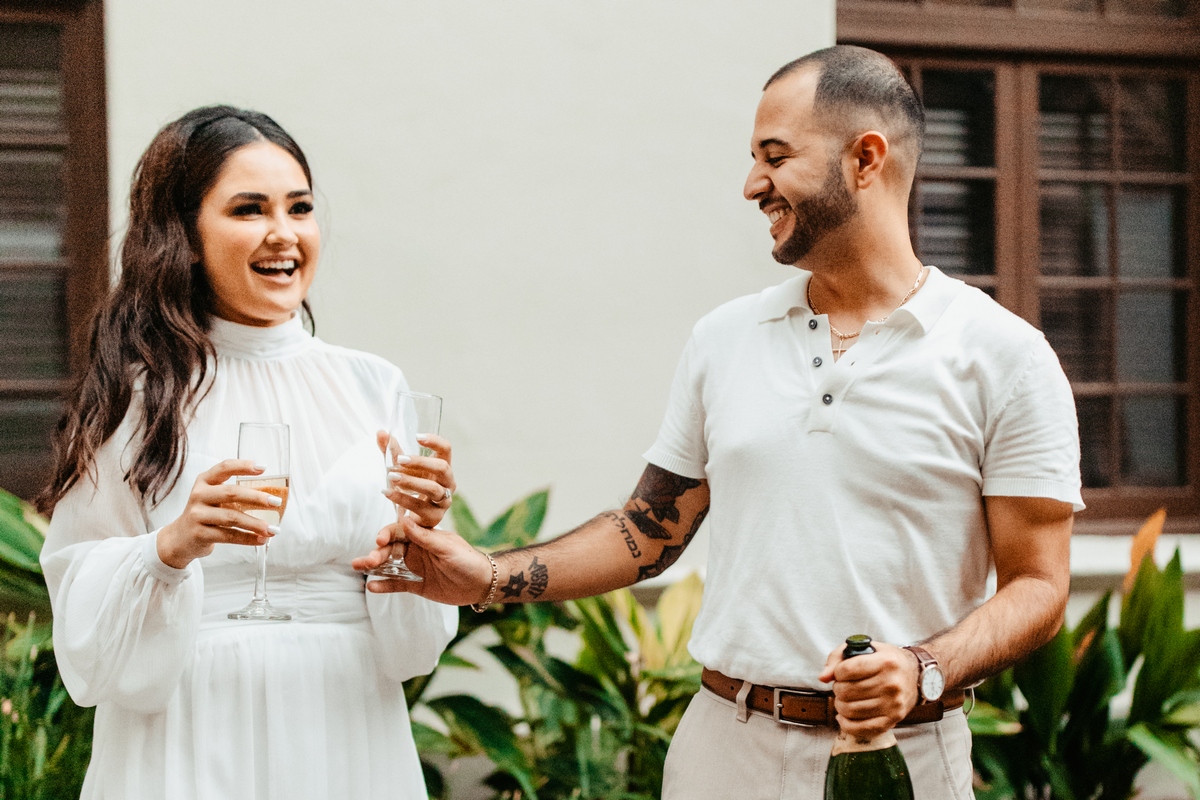