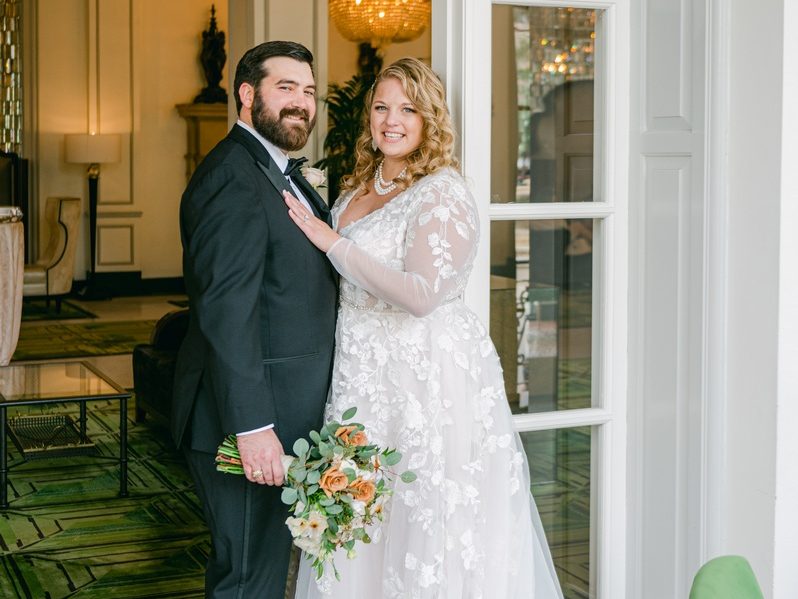 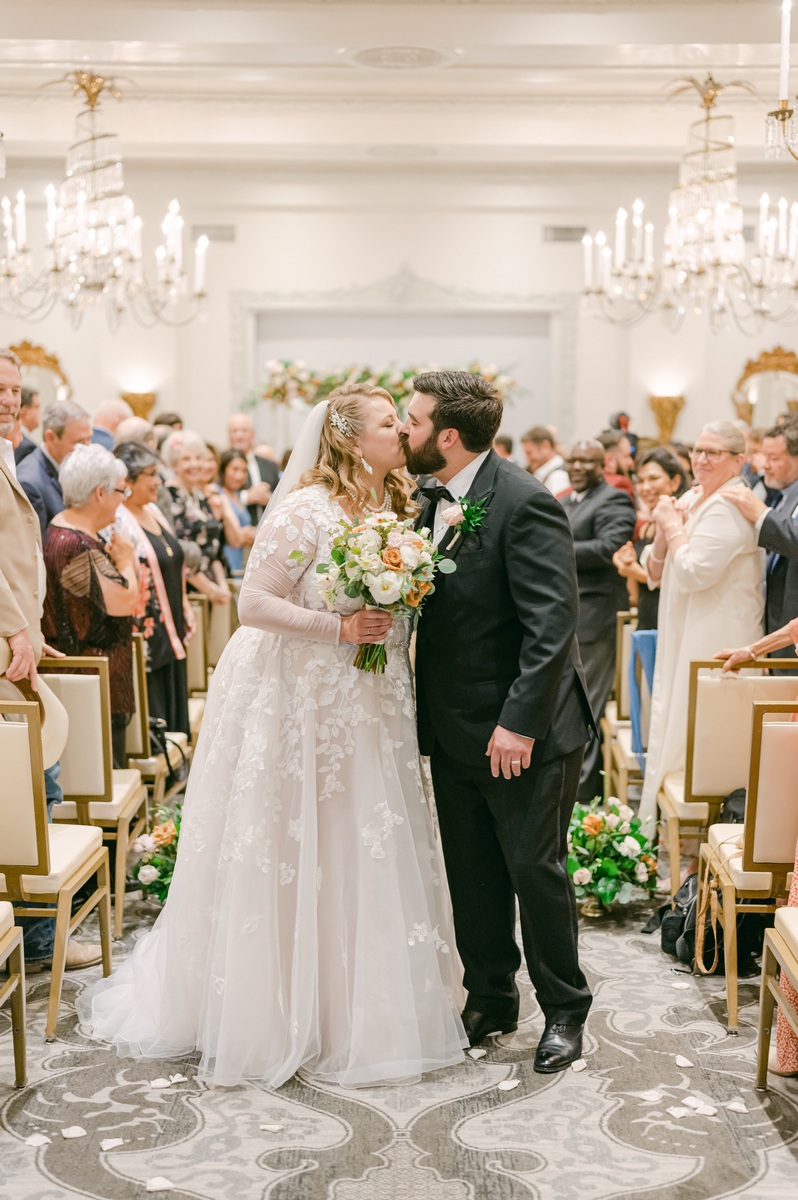 Steven and Kalyn met through one of Steven’s childhood best friends who worked with Kalyn. They had known of each other for a few years before finally having a good conversation at another friend’s wedding in Port Aransas. Even after that, life events kept them from realizing what was really there until a Halloween party in November 2019. After that Halloween, they were inseparable and moved in together after dating for only four months in February 2020.

Steven made a reservation at their favorite restaurant on the Riverwalk, Bohanan’s. Kalyn wasn’t suspicious as they went to the Riverwalk almost every Tuesday during Covid because they loved that no one was there! Earlier that day, Steven had planned out an entire walking route from Bohanan’s to a beautiful bridge along the river and had walked that exact route to make sure everything was exactly right. After dinner, Steven and Kalyn decided to walk along the river, but she made him go a different route than he had planned, so it made him incredibly nervous. They finally ended up at the bridge and he got down on one knee and asked Kalyn to marry him! Of course, she said yes! After, they went to Marriage Island to call their friends and family. While they were sitting there, a river boat went by and everyone yelled on it that they had to get married since they were sitting on Marriage Island. The whole boat congratulated them, How ironic and magical! 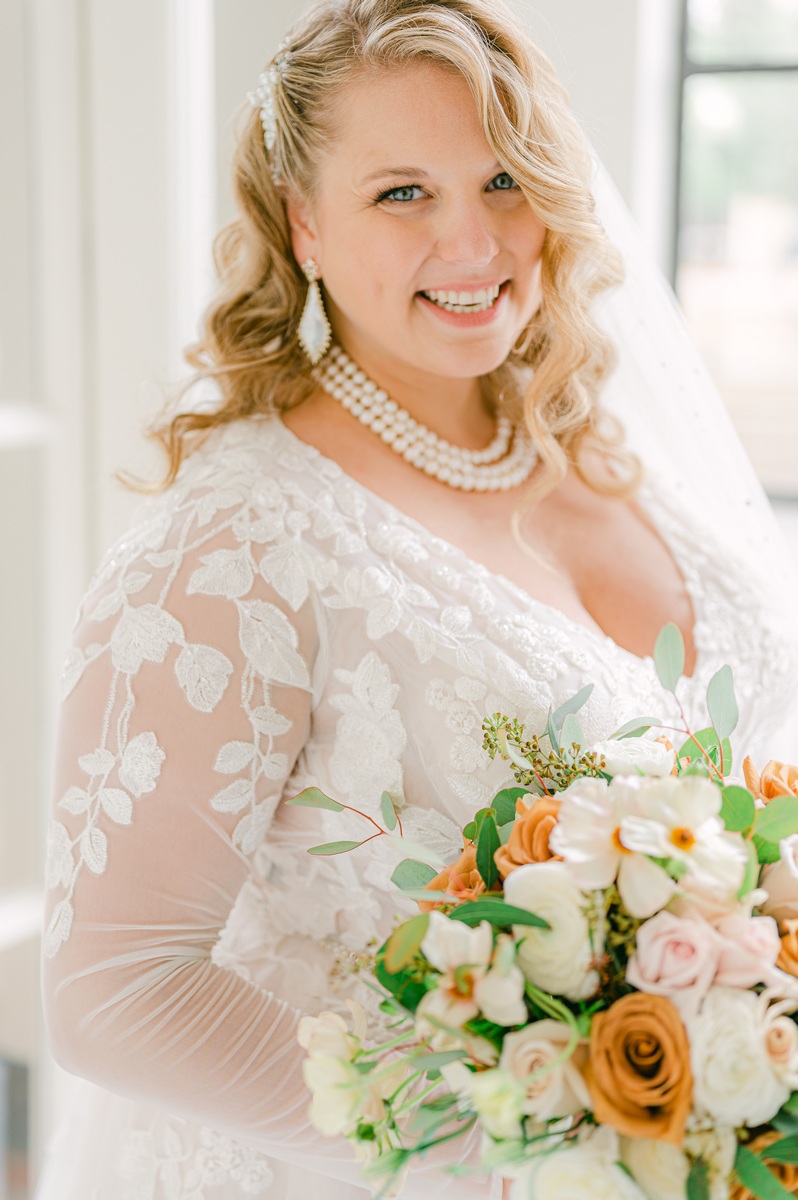 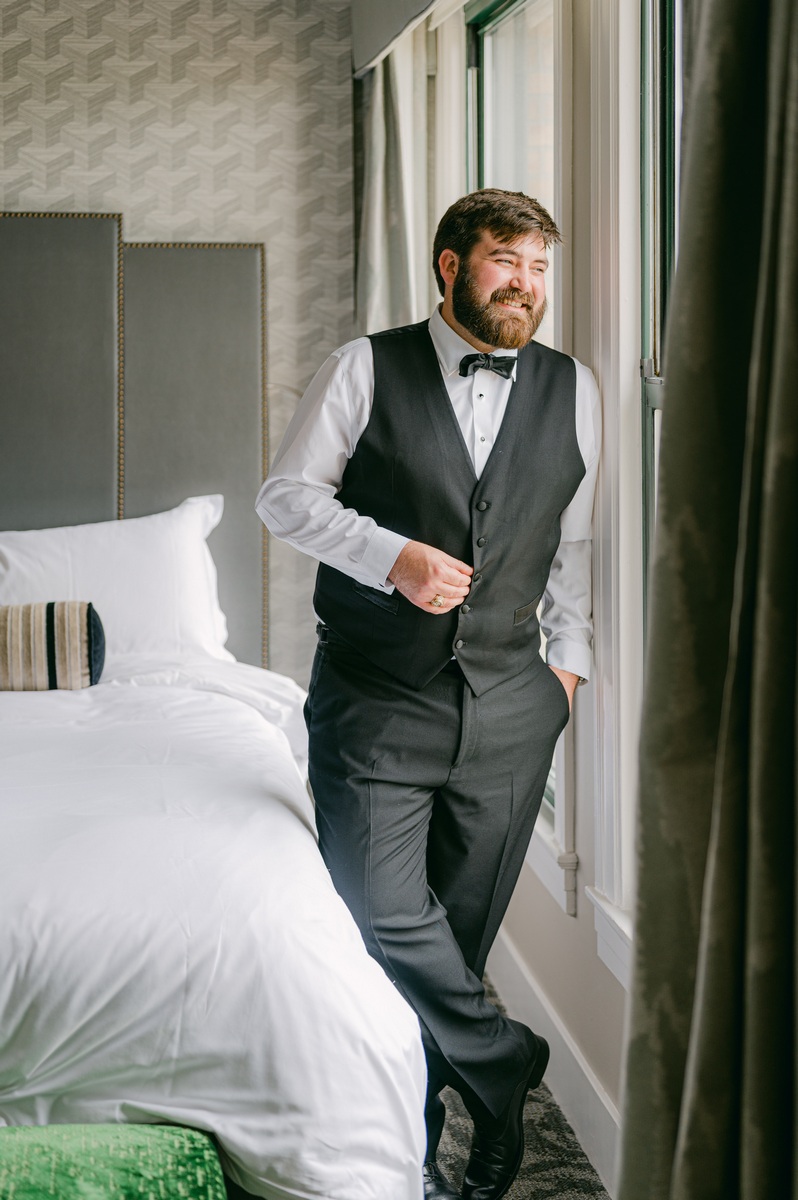 Steven and Kalyn love to go to The St. Anthony Hotel on Tuesdays to see one of their favorite jazz bands, The Dirty River Jazz Band, who also played at their wedding. They both love jazz and wanted to share that with all their friends and family for their wedding.  They didn’t go too themed because the surroundings at The St. Anthony are pretty spectacular and they wanted everyone to enjoy that. The most themed thing they did was have the pianist for the band play during cocktail hour in the lobby, the band play at the reception, and they had swing dancers on the dance floor for entertainment whilst everyone was eating. Steven’s family owns Finck Cigars and they wanted to incorporate that into the wedding, so they had a cigar roller during cocktail hour, along with a cigar bar.

Besides the band, cigar roller/bar, and swing dancers there was another unique and meaningful element to Steven and Kalyn’s wedding. Kalyn and Steven integrated 3 different religions into the wedding ceremony. Steven’s father is Catholic and Steven was also raised Catholic. Kalyn & Steven’s mothers are both Methodist, and Kalyn was mostly raised Methodist.  Kalyn’s father is Jewish and she was also raised learning about the Jewish faith, as well as having her Bat Mitzvah in Jerusalem in 2019. Kalyn’s dad is also from South Africa and was inducted into a Zulu tribe when he was 18, so he gave a Zulu blessing during the toast part of the wedding reception. 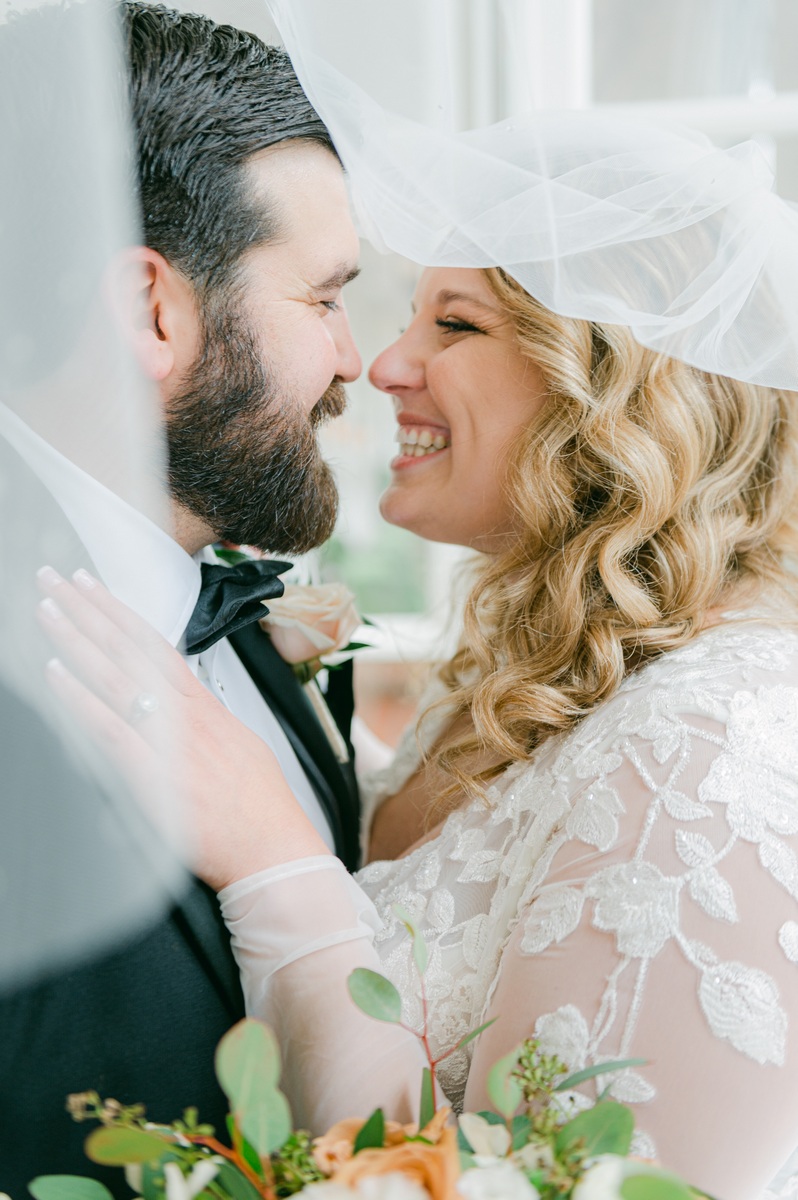 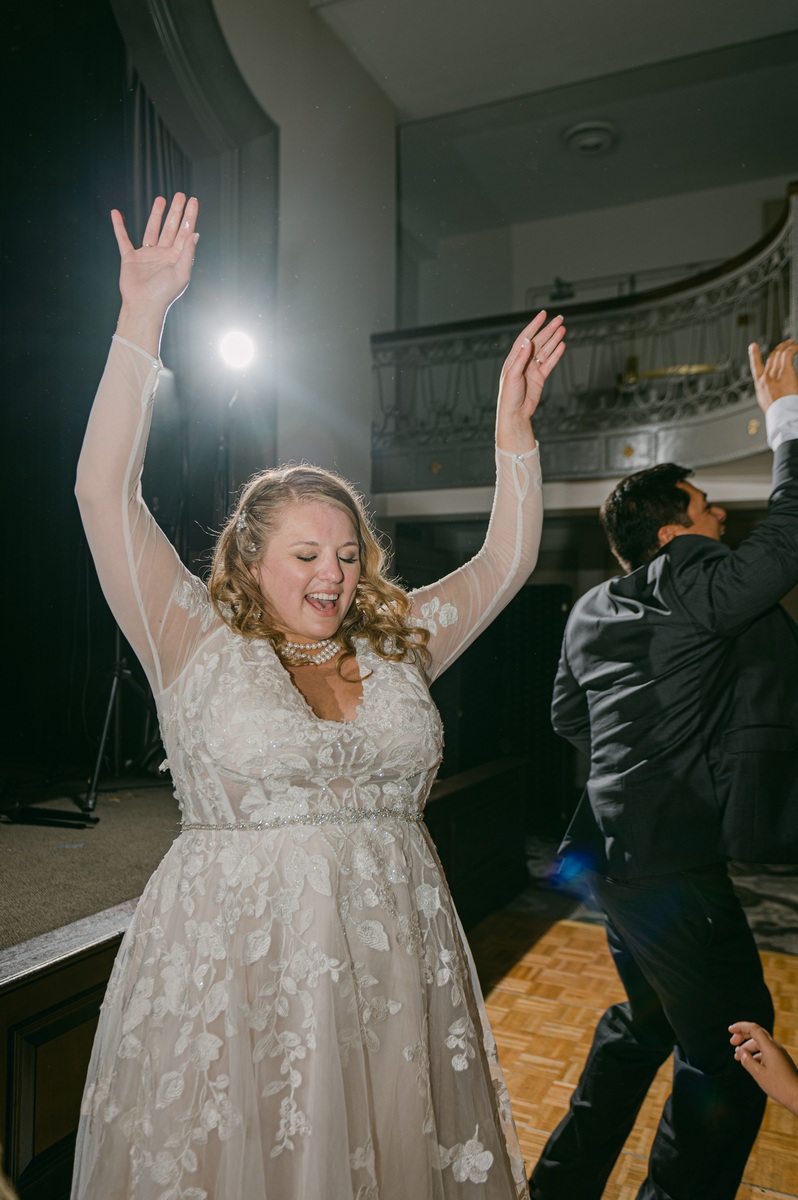