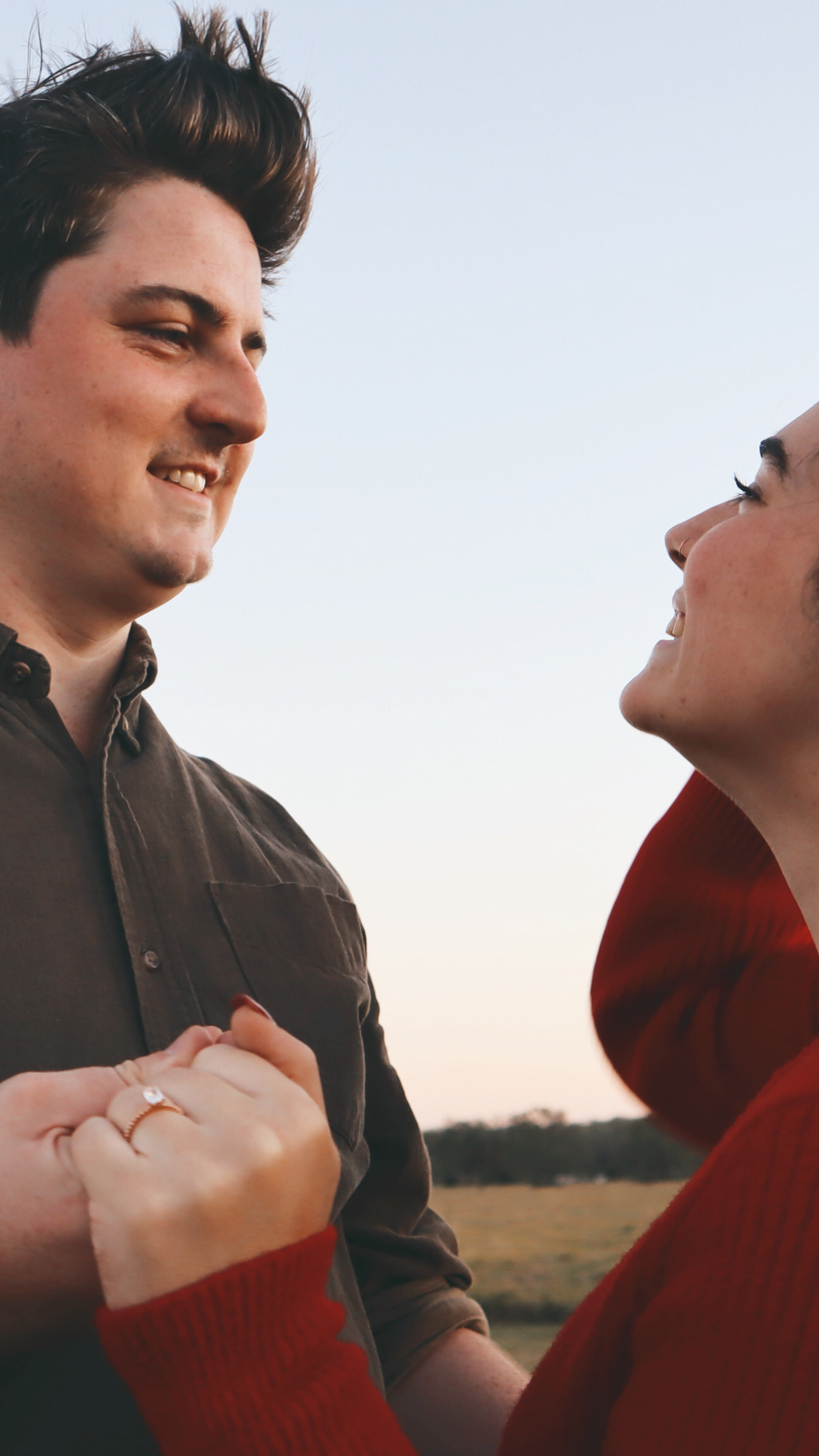 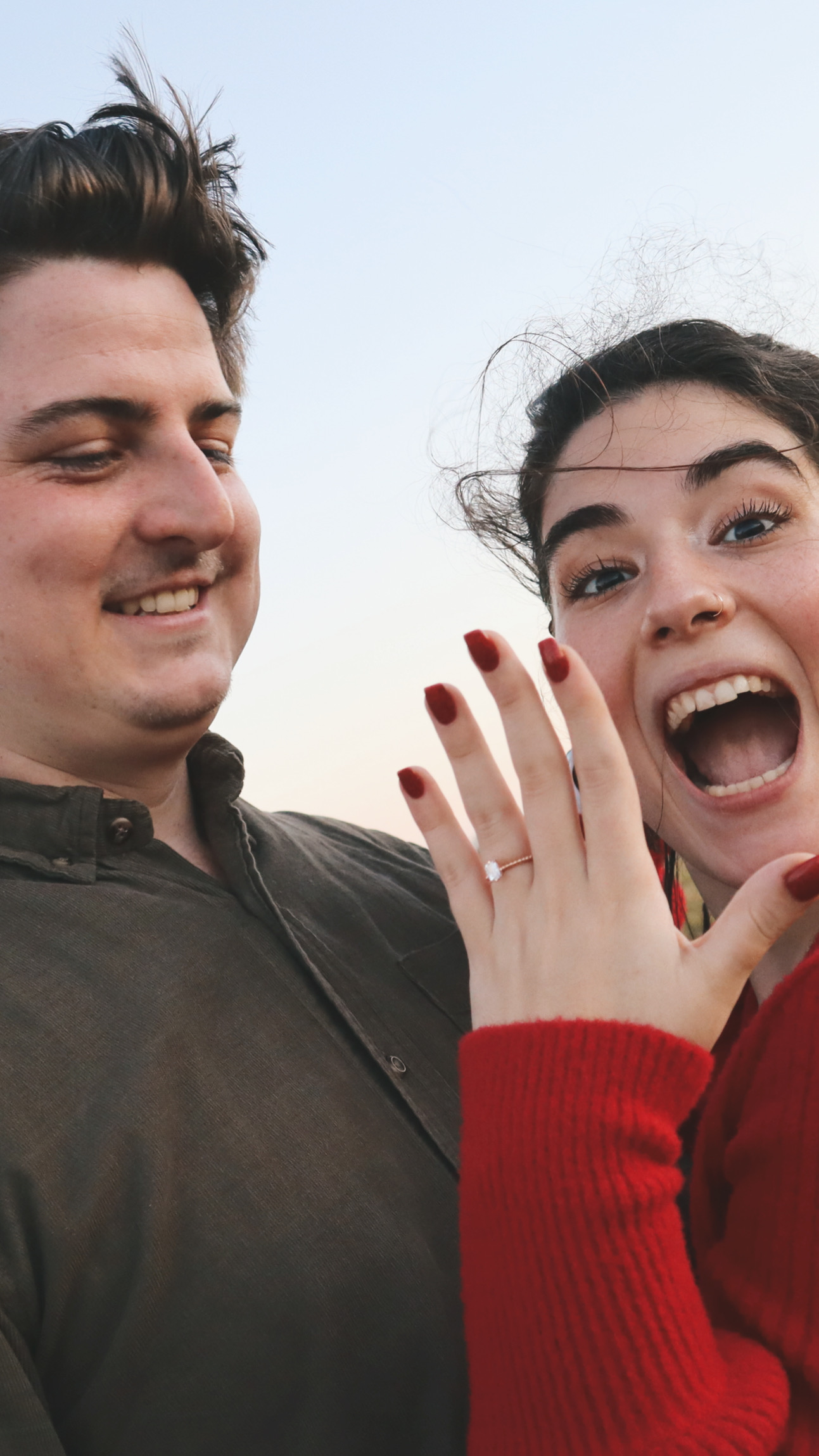 Kat & Jackson met in 2016 when she was 20 and he was 21. He was working at a food co-op in Austin, Tx called Wheatsville and she was about to take a year off of school to pursue her music full time. From the day they met going forward, they spent as much time together as they possibly could and with a blink of an eye, here they are six years later.

“we’ve gone through a lot. Learned a lot. I’m grateful for the person I am when I’m with him and he feels the same. We’ve gone through most of our 20’s together and it’s been incredible to grow into the people we are by each other’s side.”

Tell Us About The Proposal!

Back in 2021, Kat & Jackson went to Diamonds Direct to look at a few ring options. Kat thought that Jackson would propose shortly after since they were already browsing but when it didn’t happen right away, she questioned if he had even bought a ring!

Flash forward to Christmas Eve 2021, when the big day was about to happen! Jackson and Kats mom had planned the whole thing out!

“I had a little bit of suspicion that something might be going down when he was way more interested in my outfit than usual. My mom also had a scheduled time for everyone to take family pictures at sunset, so when I started seeing my family members phone cameras pointed directly at me during the photos it started to hit me that this was going to be the moment! (S/o to Jacksons step sister for taking those photos!!!!)

Keep in mind my family is big, and not the most patient bunch, so when people didn’t move after we were “done” taking pictures, I double knew this was about to be the moment. Jackson pulled me in front of my family bent down and pulled the ring box out of his boot! Everyone started screaming and I heard him say “Katherine Nicole Gualy, will you marry me?” Of course I said “YES, 100%!”

But this was not all, Jackson took it to another level by surprising Kat with her best friend. He flew in her in from LA to be here for their special moment. It was a very incredible night surrounded by so many people who have seen them through good and bad times. 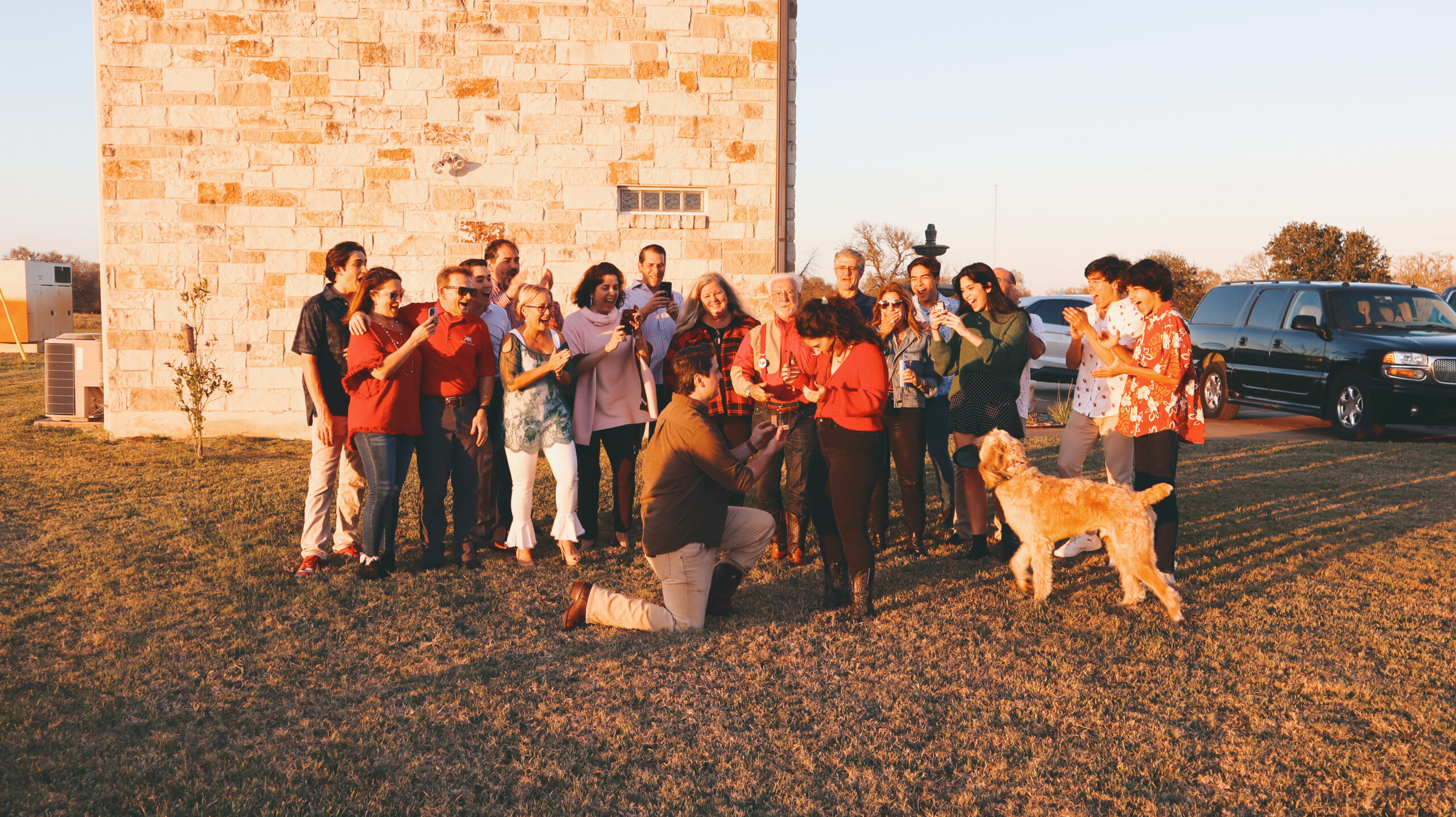