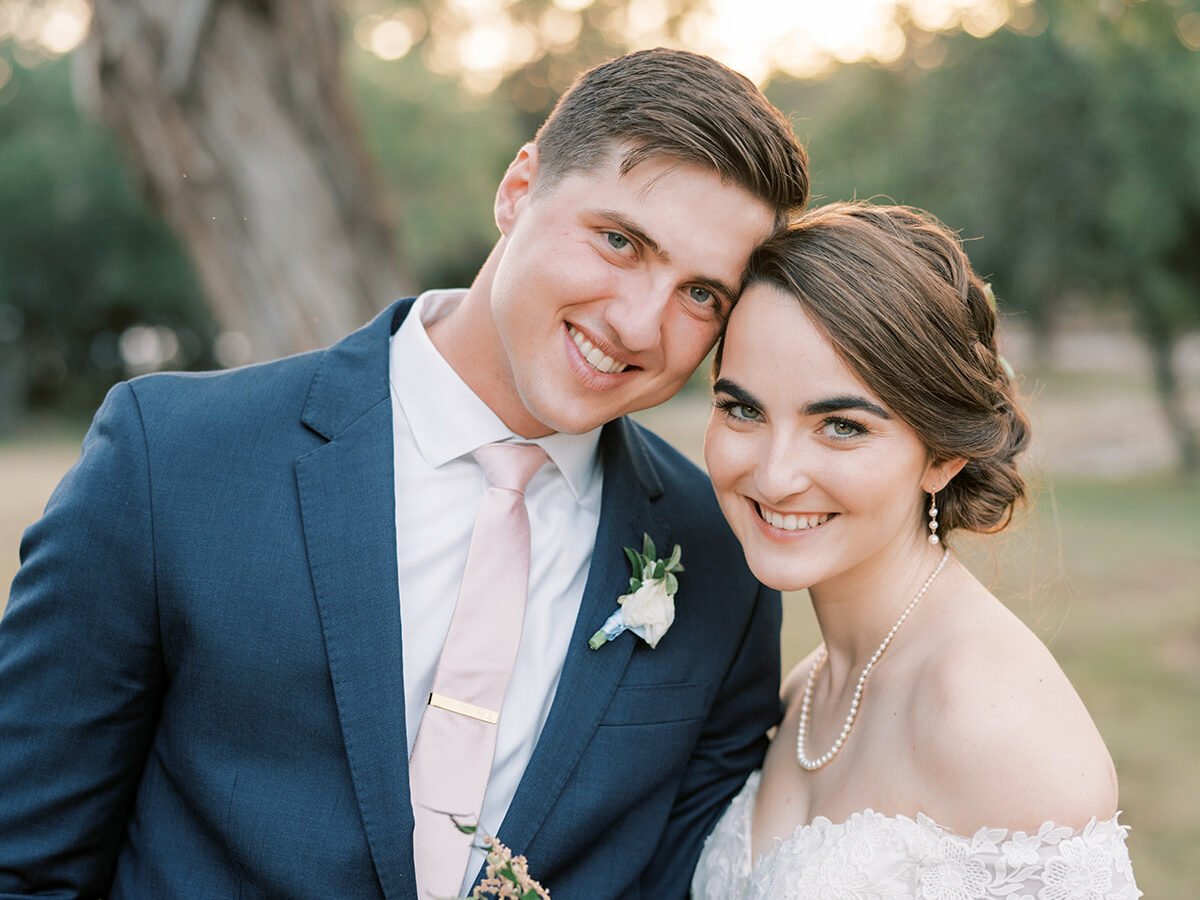 Say Hi to the Lowes

On his first day of kindergarten, Karsten Lowe told his mother that he was going to marry his fellow classmate, Megan Gallagher. Karsten followed through on that promise on July 4, 2020, marrying his childhood sweetheart in the middle of a pandemic that forced the couple to think outside the box if they wanted the wedding of their dreams. Thanks to some strategic planning, and a dream team of vendors, the day turned out to be twice as nice with not one, but TWO receptions that allowed the couple’s Fourth of July celebration to sparkle! 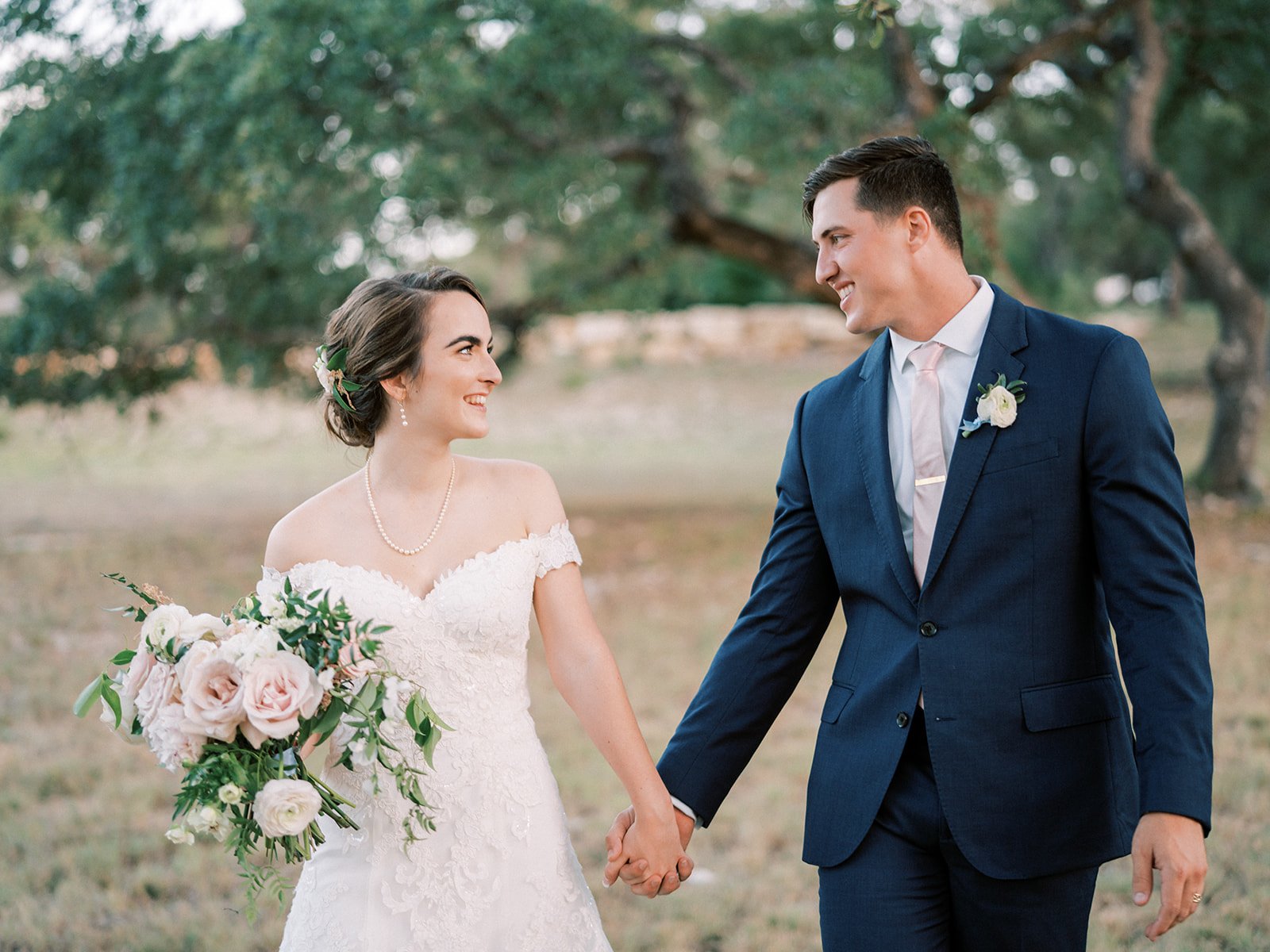 It is not surprising that the mothers were quick to step up and save the day. The two women have been best friends for years, and the families spent a lot of time together when Karsten and Megan were growing up. It was Megan’s parents who helped Karsten pull off a surprise proposal at Guadalupe State Park, a place where he and Megan spent happy summers playing together as children. Under the guise of having family photos taken, Megan’s parents were able to get her dressed up and to the park without the soon-to-be-bride-to-be suspecting a thing.

“I turned around during the photos to find Karsten standing there with flowers and his family trailing behind him,” she recalls. “At first I thought he was just surprising me by coming to San Antonio since he was living in College Station, but then I realized that he was going to propose. It was an easy, ‘yes.’” 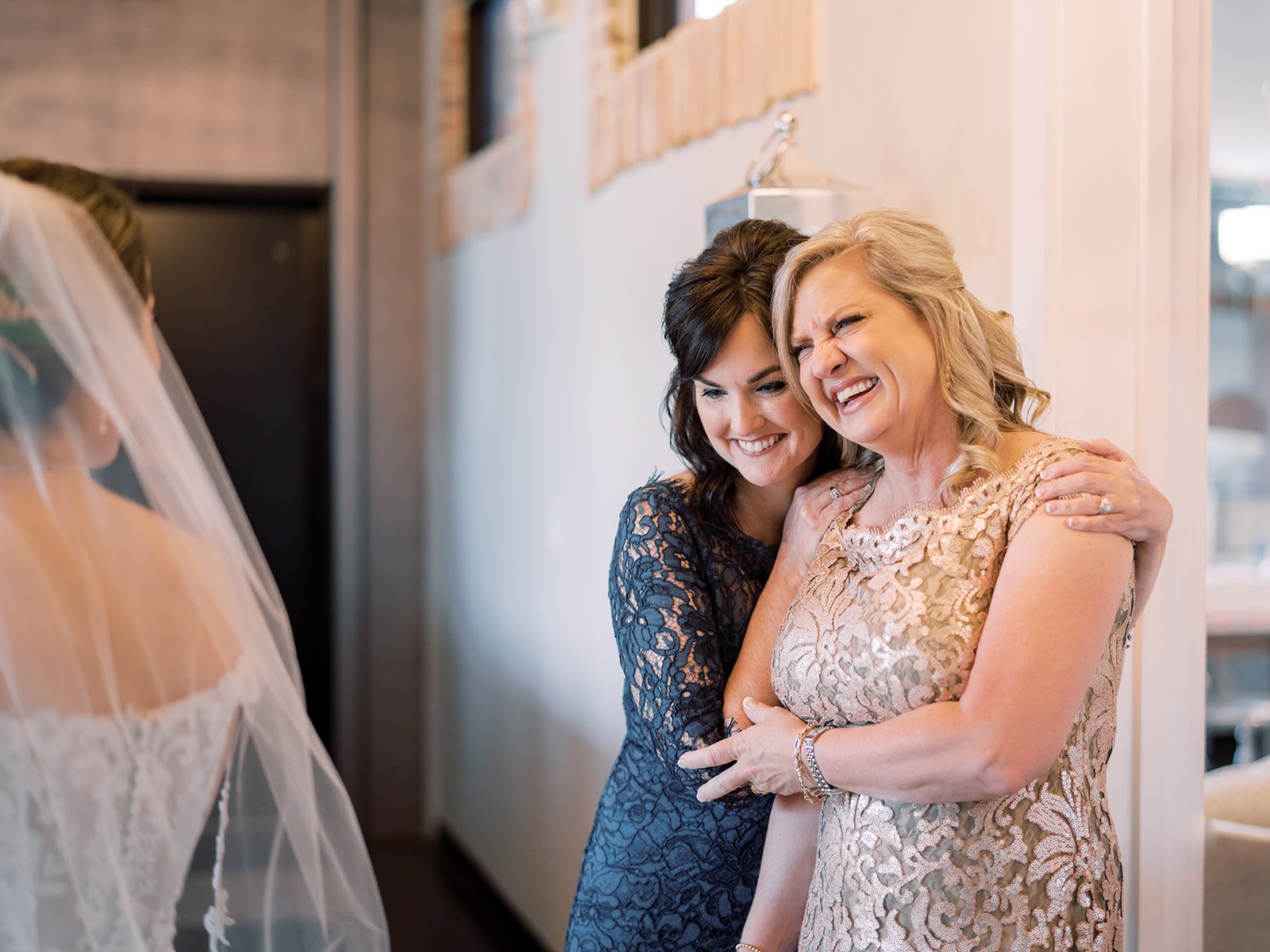 What Megan didn’t know for sure was how to handle the challenges of planning a wedding during a global pandemic. Invitations had already been ordered when the original ceremony venue cancelled her reservation, and from there things got worse. The original band cancelled, there were restrictions on indoor gatherings, and the couple began to realize they needed to make some changes. They even considered postponing.

“Just two weeks before the wedding it seemed like everything in the world gotten times worse,” she says, adding that the invitations were reprinted and delivered a mere two weeks before the big day. “Postponing was on our radar, but we didn’t want to defer planning so we would have just gone with a more intimate wedding instead.”

That’s when the idea for two receptions began to take shape. After moving the ceremony to Kendall Point, the couple decided to have a pre-wedding lunch reception and a post-wedding dinner reception, both at Park 31. The guests at the lunch reception enjoyed the music of a string quartet while they grazed on appetizers and cocktails, followed by a plated lunch and dessert. The dinner reception was more traditional with a buffet, dancing, and other festivities including the bouquet toss and cutting of the wedding cake. A late-night Mac and Cheese Bar, and a spectacular fireworks display brought the evening celebration to an end.

“Executing two receptions isn’t easy, but it isn’t impossible,” says Megan, who credits her team of family, vendors, and wedding planner Kali Measures of Kindle and Gather, for making things run smoothly. “Each and every one of them took such great care of us during a crazy time. Everyone was rooting for us, and we ended up pulling off the best day without a hitch.” 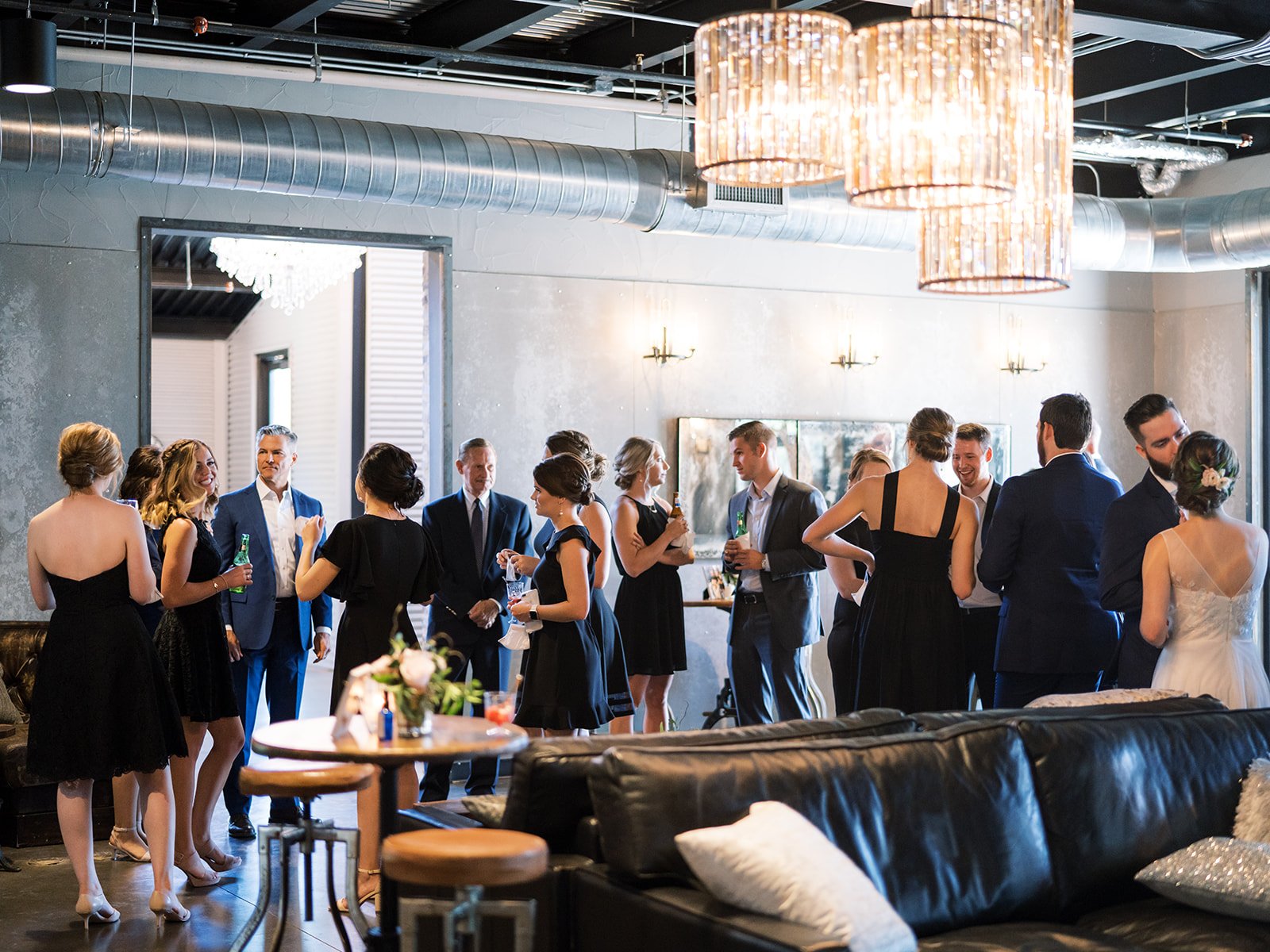 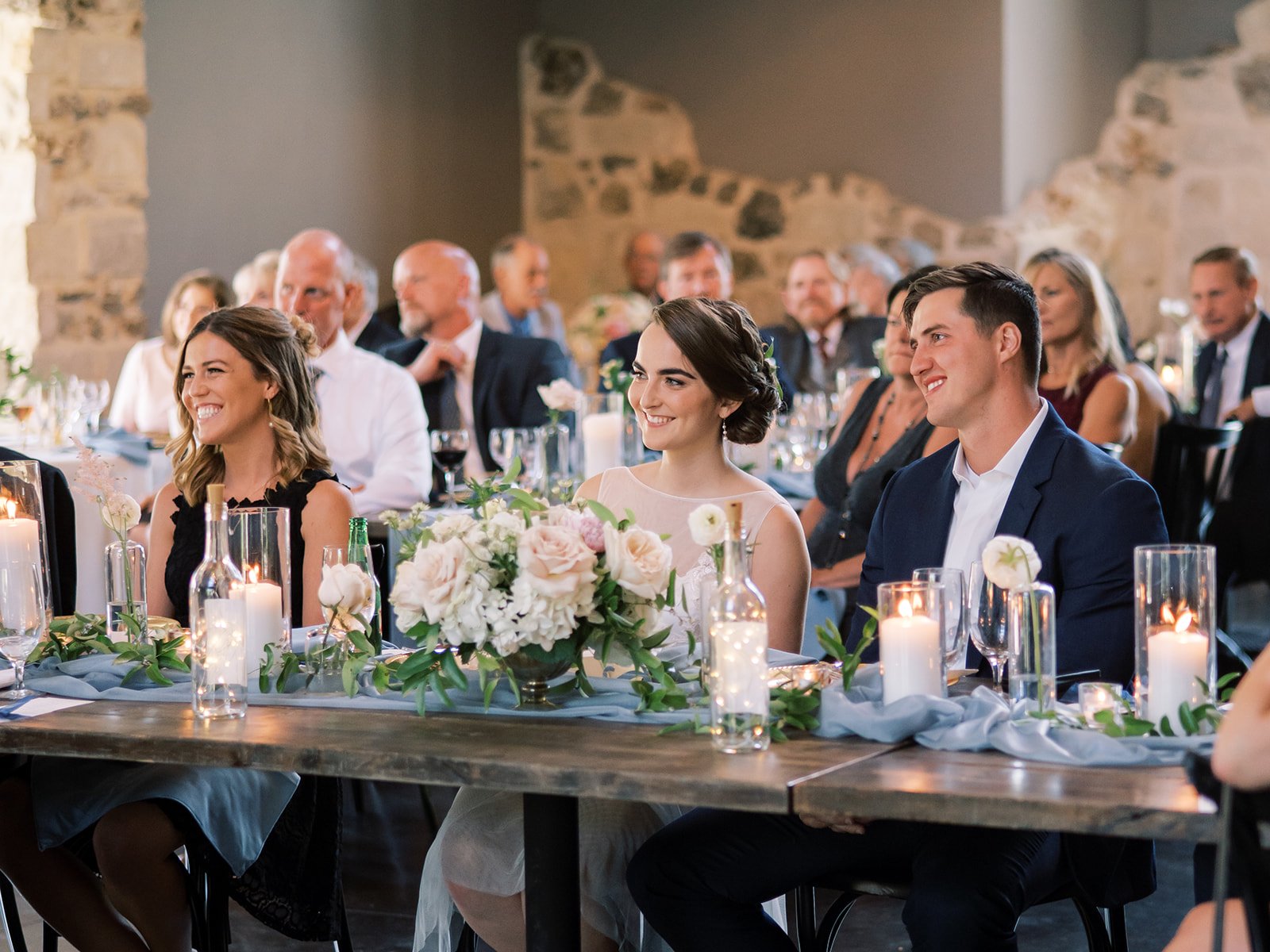 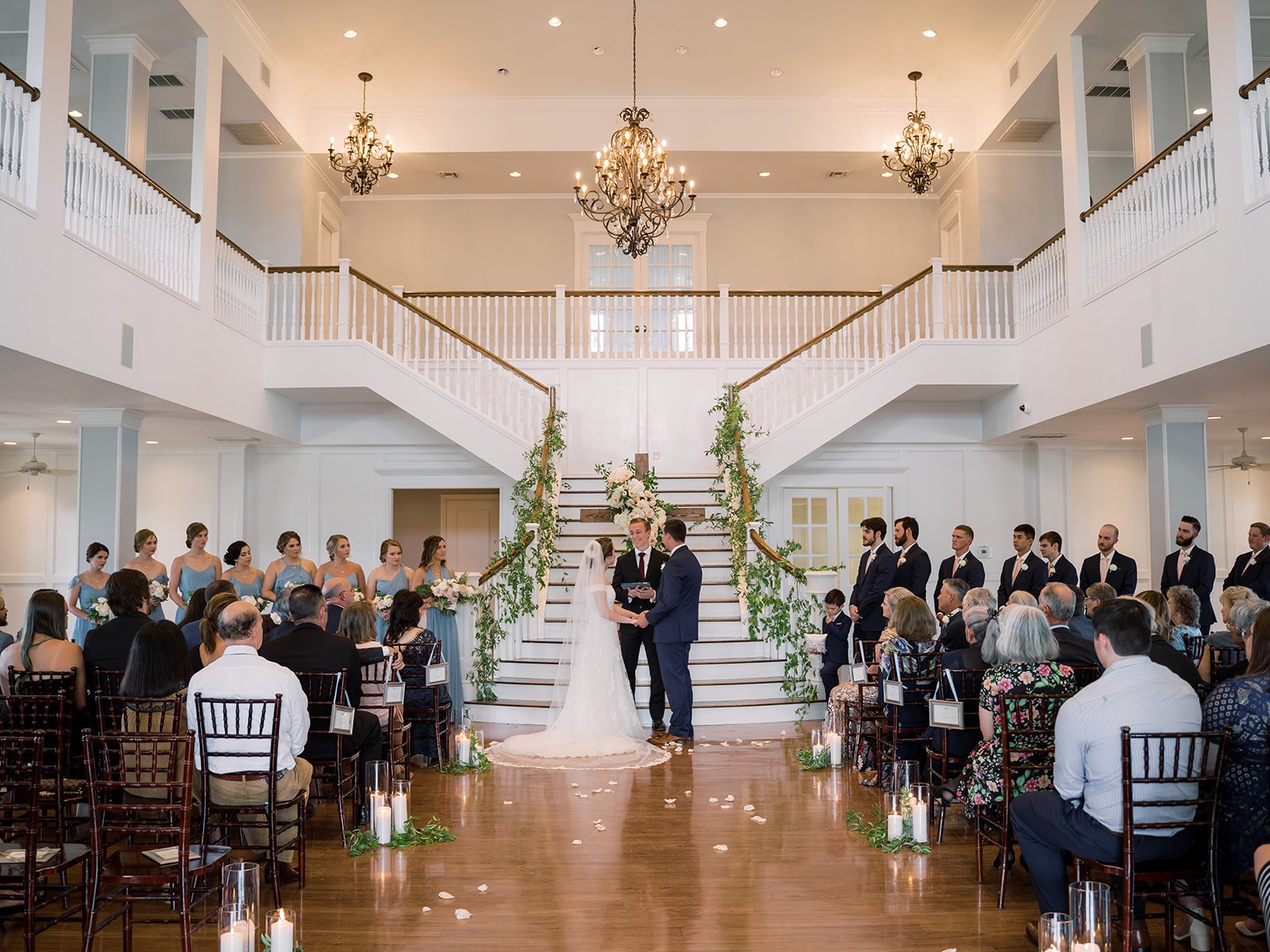 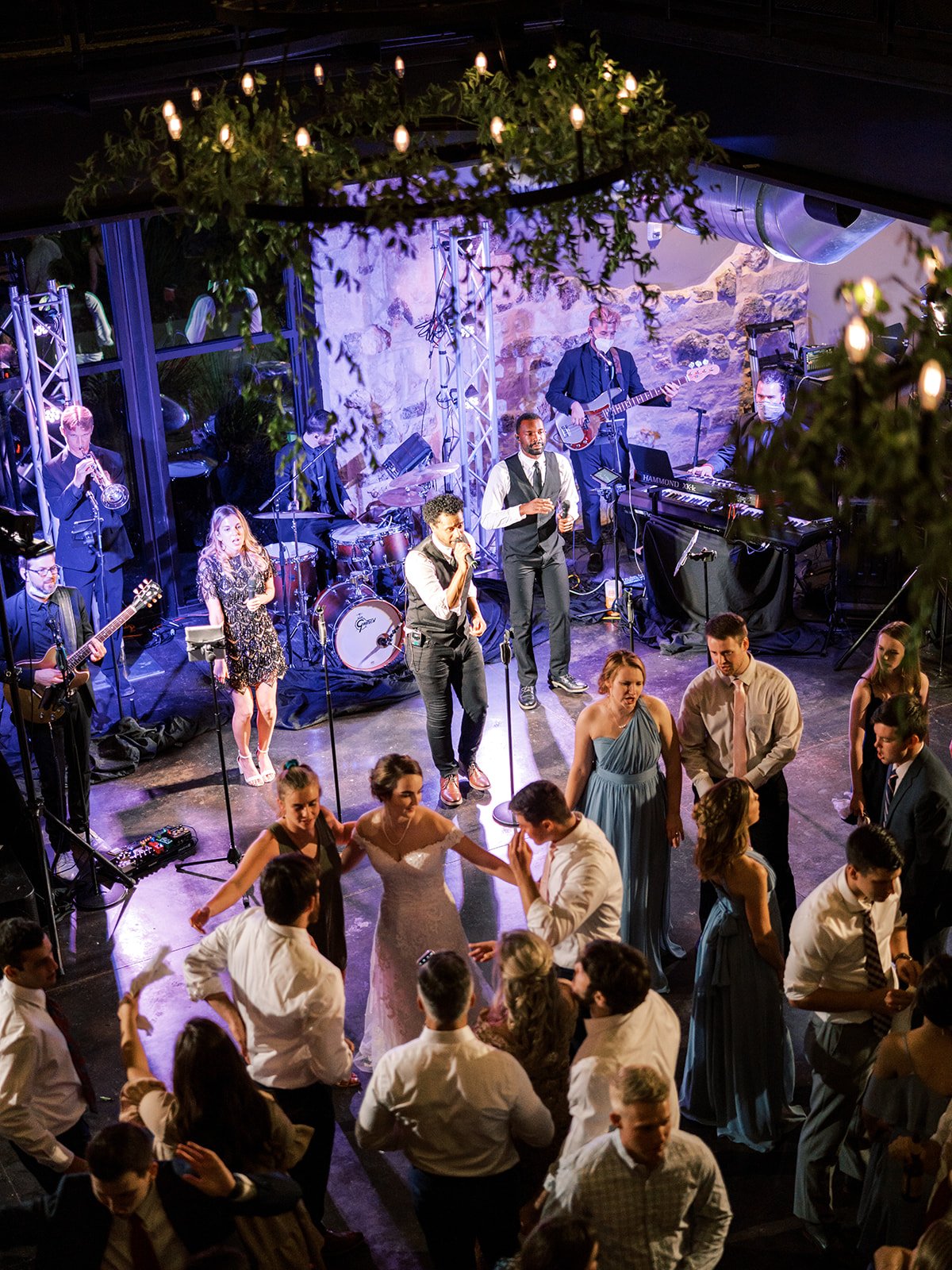 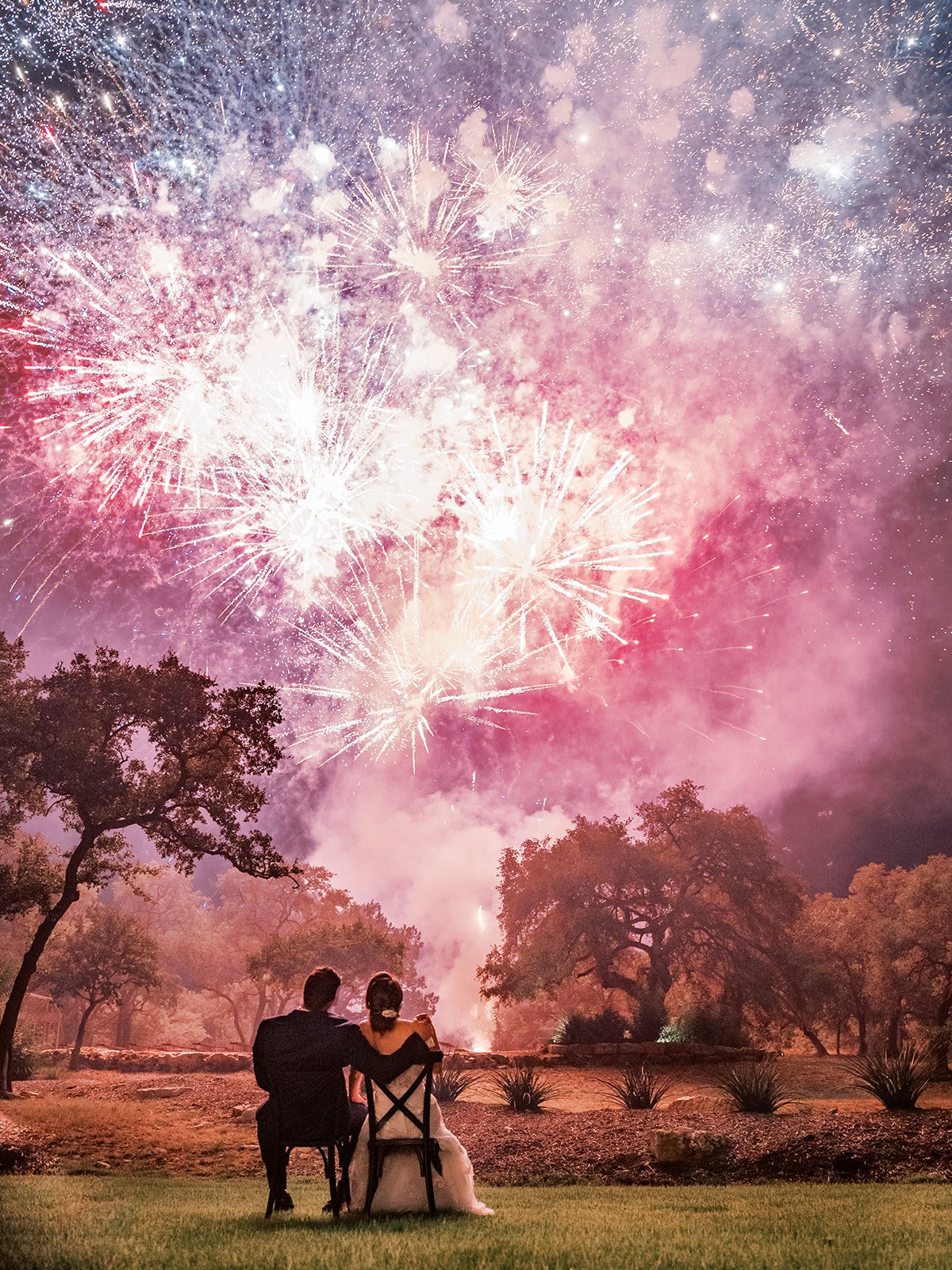