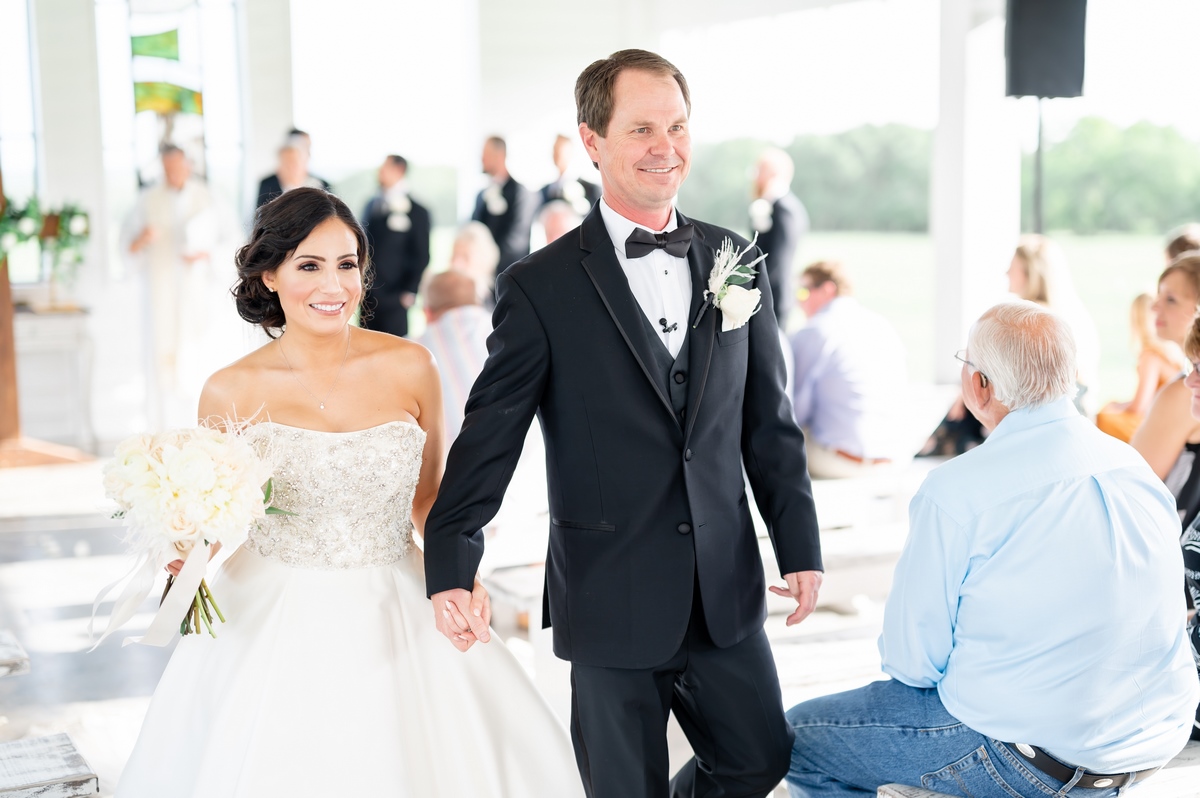 Justin and Wendee met in 2005 at a party as college students at West Texas A&M University in Canyon, TX. Following graduation, Justin went on to be a pro golfer for 10 years and Wendee focused on her academic endeavors in graduate school.

In October of 2018, the couple reconnected at a popular local restaurant in Lubbock, TX and have been together ever since. This was only the beginning of their love story.

To see Wendee and Justin wed 16 years later in the city where the bride grew up is a beautiful way to celebrate them as a couple as they finally start their lives together as one.

Around the time of their one year anniversary, Justin proposed on a hiking trip in Big Bend.

The couple planned the trip together and picked out their accommodations for their stay: a teepee. Upon arrival, Justin pulled into the camping area for the yurts and tells Wendee he changed their reservation after discovering the teepees are open on the bottom by several inches (the canvas didn’t go all the way down to the ground), which meant snakes could slither into teepee. He knew Wendee would not be okay with sleeping around the rattlesnakes, and did not want her focused on that while he had bigger plans for them.

The couple spent the days hiking, and the nights in town enjoying local nightlife. After spending days hiking around Big Bend, including The Window, Justin proposed on their last day in the park.

In the rain and with his hiking gear still on, Justin got down on one knee and asked, “Wendee Langdon, will you marry me?” Wendee immediately said “yes” and the couple hiked back out of the park engaged. Wendee never guessed that this was his plan, but she delighted in the surprise (and secretly wished she was wearing makeup and had her nails done). 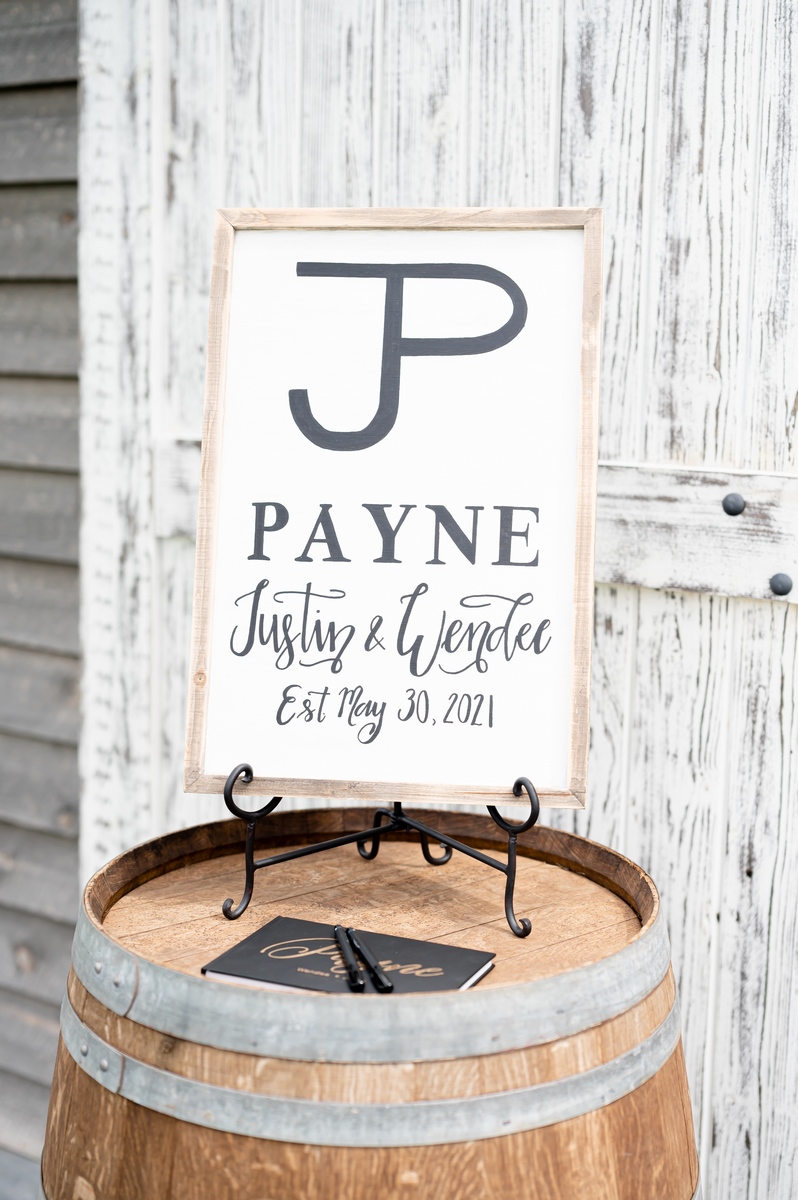 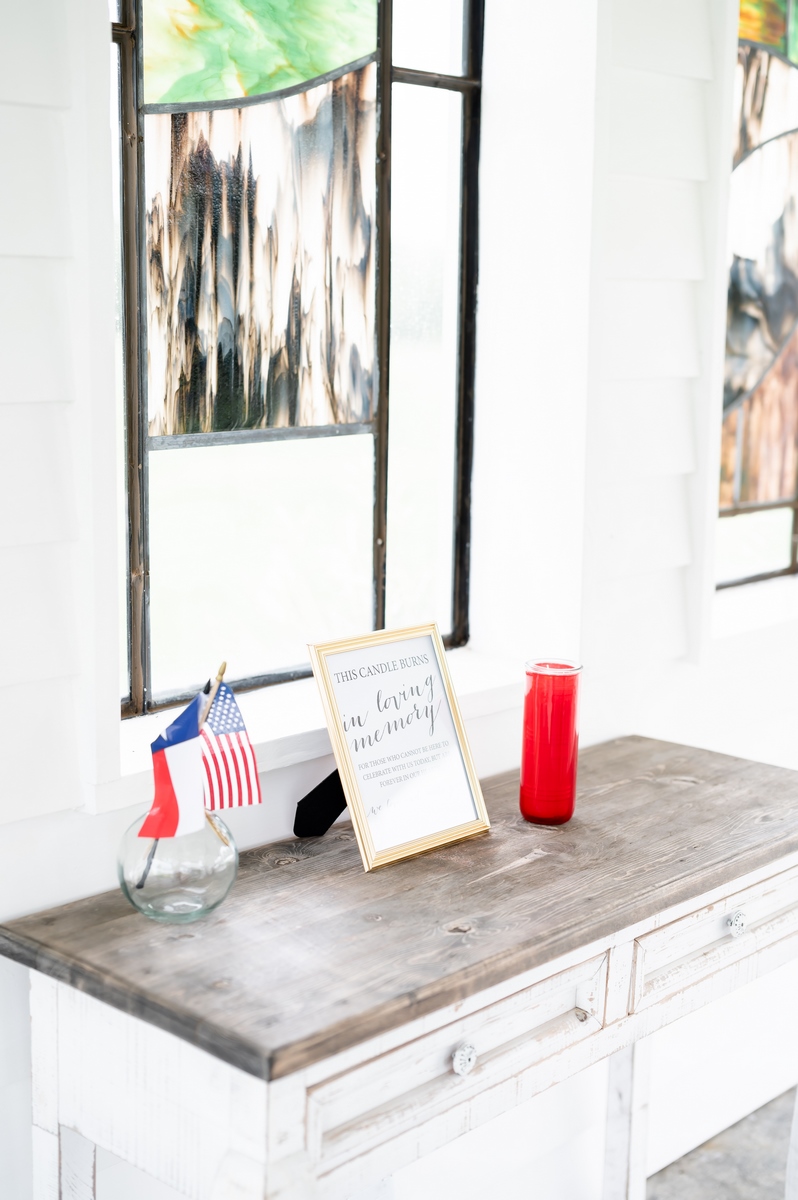 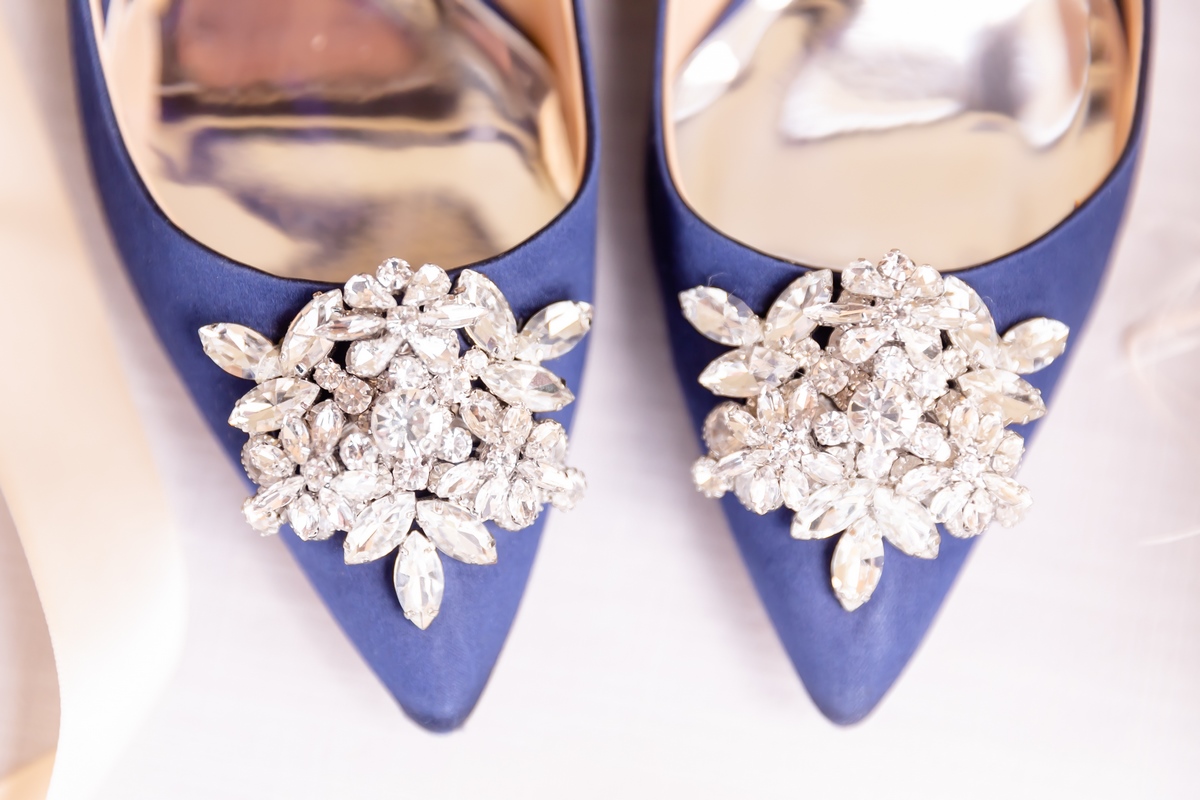 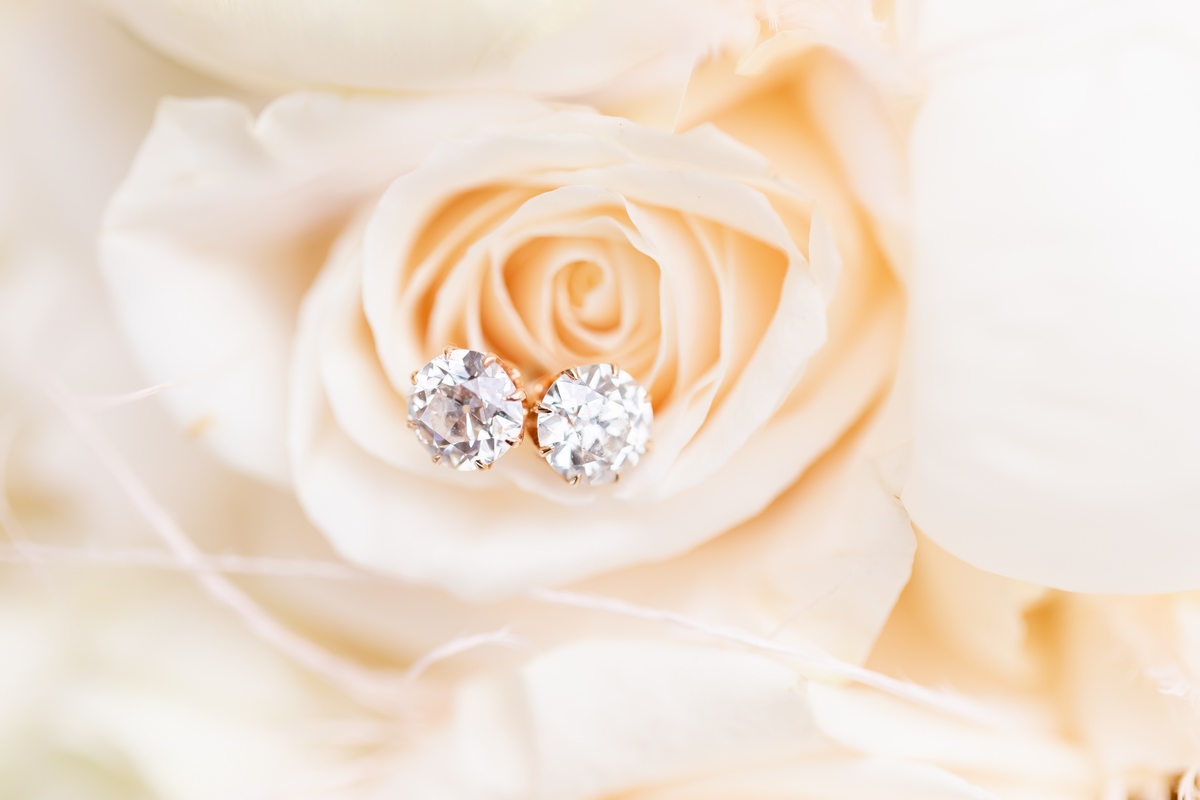 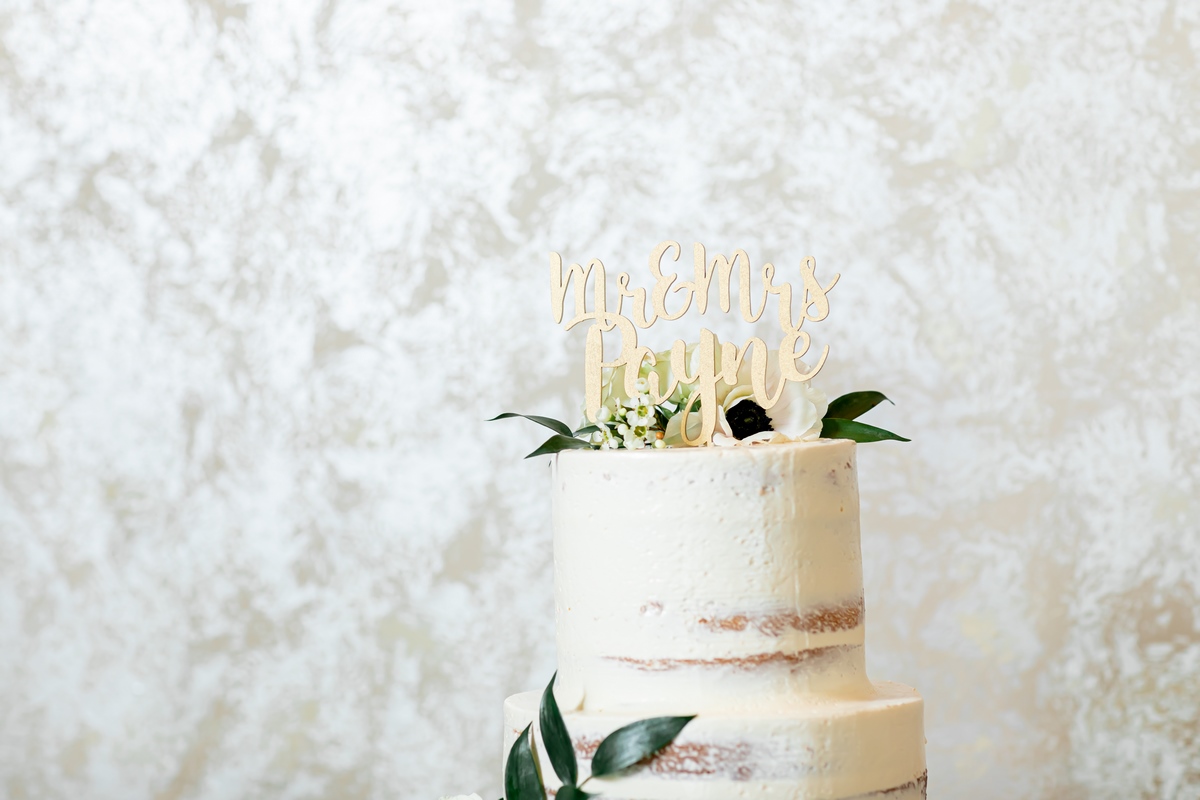 The Theme & Design of the Wedding

Growing up in San Antonio, the bride always loved the historical aspects of the city. Mostly, she enjoyed the Catholic churches and missions in the area and always dreamed of one day marrying at either San Fernando Cathedral or Mission San José. After sharing pictures of different historical locations with her groom, they couple decided to find a venue that would accommodate their different religious backgrounds but one that was also more Spanish-influenced.

The bride wanted her Hispanic heritage to be a big part of their special day, so incorporating Catholic wedding traditions was of great importance. Ultimately, the bride was photographed at Mission San José for her bridal portraits to pay homage to her heritage, and the ceremony was conducted in Fredericksburg, TX in the open-air chapel at Featherstone Ranch.

Wendee comes from a strong military background. Her late grandfather graduated from West Point and serves as a Colonel in the United States Army, which is the same branch many of her other family members served in. Being wed on Memorial Day weekend seemed fitting to the bride. The wedding on this particular weekend would cause for much celebration amongst family and friends, both of loved ones lost in service and loved ones present. Part of the wedding ceremony honored lost loved ones who served in the United States Armed Forces.

Knowing their passion for higher education and the numerous family members who have served in the United States Army the couple asked their guests consider a gift to the Children of Fallen Patriots Foundation, which serves to provide college scholarships and educational counseling to military children who have lost a parent in the line of duty. 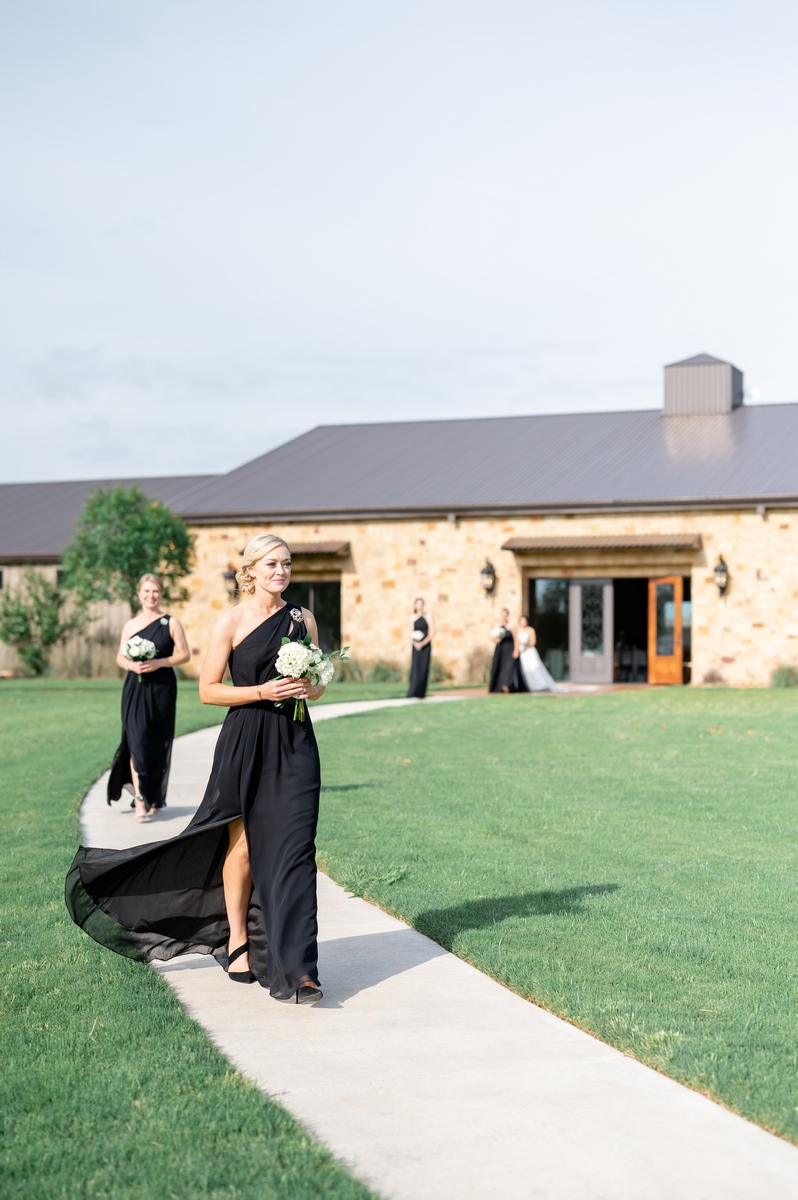 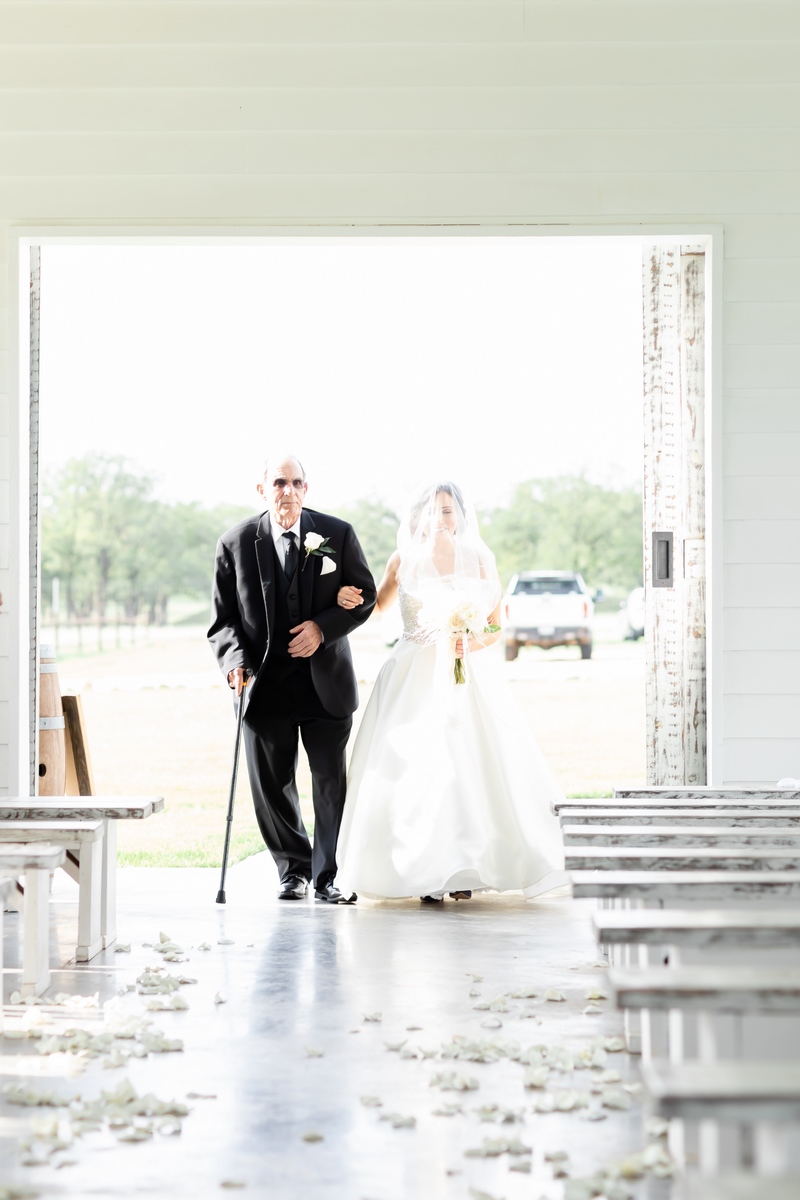 Wendee and Justin were supposed to marry last Memorial Day weekend, but COVID-19 derailed their plans and their wedding was put on hold as they wanted loved ones to share in their special day, which they’ve waited their whole lives for.

Thankfully, the majority of the vendors they booked for their 2020 wedding were still available for their 2021 date. The initial selection of the vendors proved to be quite challenging and, in fact, caused the bride to break out with shingles while on a business trip in Nashville. Selecting the vendors came down to two things: referrals and reviews.

The caterer, Got It Covered Events, came highly regarded from a former colleague who used the company at their own wedding the year prior. The other vendors were discovered from hours of research, e-mails, phone calls, and FaceTime video chats.

The couple’s wedding has been in the making for quite some time, and several of the vendors, including the photographer and hair/makeup artist, have become more like friends to the couple.

The bride moved to west Texas when she was 18 and has lived in the area ever since. In West Texas, or the “Bible Belt” as it’s known, where people often tell you goodbye by saying, “Have a blessed day.” When Wendee connected with a vendor who treated her and her fiancé with the same warmth and kindness, it became clear to them they were the vendor they wanted for their wedding. One Austin-based company even told Wendee that she thinks of her like a daughter after a year of e-mailing about a delayed wedding.

All of their vendors were selected for the same reason, according to Wendy, for their genuine passion for helping people. They were less interested in the vendors who were seemingly more interested in gaining another booking and who treated them like any other client.

After the events of last year, the bride has formed true friendships with several vendors, specifically the photographer, hair and makeup artist, and the manager of Bobalu Cigar Company.

Over the past year, Hannah Charis (photographer) and Laura Gorman (hair and makeup artist) have become friends of the bride. Quite frequently, they send messages to each other on social media to check in or to virtually celebrate a milestone. Their love and support over the past year have truly made an impact on the bride. These are friendships that will last a lifetime.

For the bride, becoming Mrs. Payne has been a truly remarkable experience, and a long time in the making. With her new last name, she officially becomes, Dr. Payne.

Realizing their different religious backgrounds, the bride is Catholic and the groom is Baptist. They wanted to celebrate in a way to honor both. Rather than getting married in a Catholic Church, the couple couple decided to find a non-denominational location but asked a priest to officiate. The priest, Father Mike Mayhan, spoke with the bride and listened to the couple’s desires. It was decided that a Catholic-based ceremony would be officiated, which included such traditions as scripture readings and the wedding lasso, as well as paying respects to lost loved ones who served in the United States Armed Forces. The chapel was an open-aired chapel in the Texas Hill Country.

Given the events of last year, the couple wanted to be conscious of any health and safety concerns. Ultimately, they made the difficult decision to cut their original guest list by 200 people so that this year’s guest list includes only family, the bridal party, and very close friends to the couple. By moving forward with a smaller wedding, the couple was able to seat fewer people per table and social distancing was made easier.

In front of each place setting the couple placed personalized 2 oz. hand sanitizer bottles that read, “In sickness and in health, Wendee & Justin, May 30, 2021.” We thought this was a nice, and more personal, touch rather than placing gallons of hand sanitizer around the reception.

Together, the couple has four pets—three dogs (Ky the white lab, Newt the blue healer/Catahoula mix, and Bandit the Pomeranian) and one cat (Smokey, who Newt and Bandit adopted on a cold, snowy night). Neither the bride nor the groom have children so their four-legged companions act as their children, and even go on hiking adventures with the couple. In the absence of their fur babies, the couple had white doggie bags printed from Etsy that read, “Thank you for celebrating my humans. With love, Ky, Newt, Bandit, & Smokey.” Each bag was filled with made-in-the-USA dog treats for guests to take back home to their own fur babies.

The bridesmaids all participated in “something old” by pinning a family brooch on their long black dresses. Each was unique and special to the woman wearing it.

In recognition of Memorial Day weekend, the couple placed American flags throughout the reception.

Advice to other Couples

“Book a venue that makes you feel at home,” Dr. Payne said. “Book with someone—notice I didn’t say “book somewhere”—who will take the time to listen to your desires, both for the wedding day and as a couple. The people behind the companies are what will matter when planning your wedding. San Antonio is a fabulous city and has so many great options in terms of locations and vendors, so take your time when hand-selecting your vendors who will ultimately leave a lasting memory of what should be a celebrated and blessed day.” 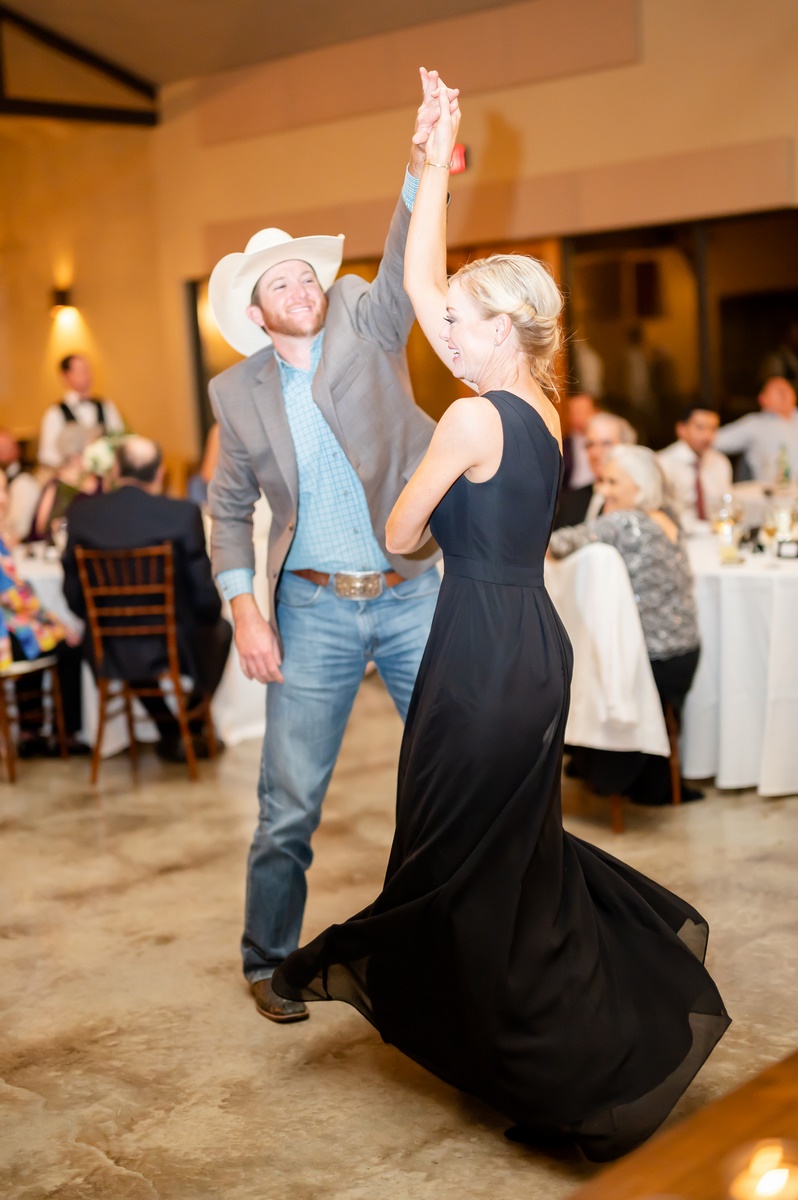 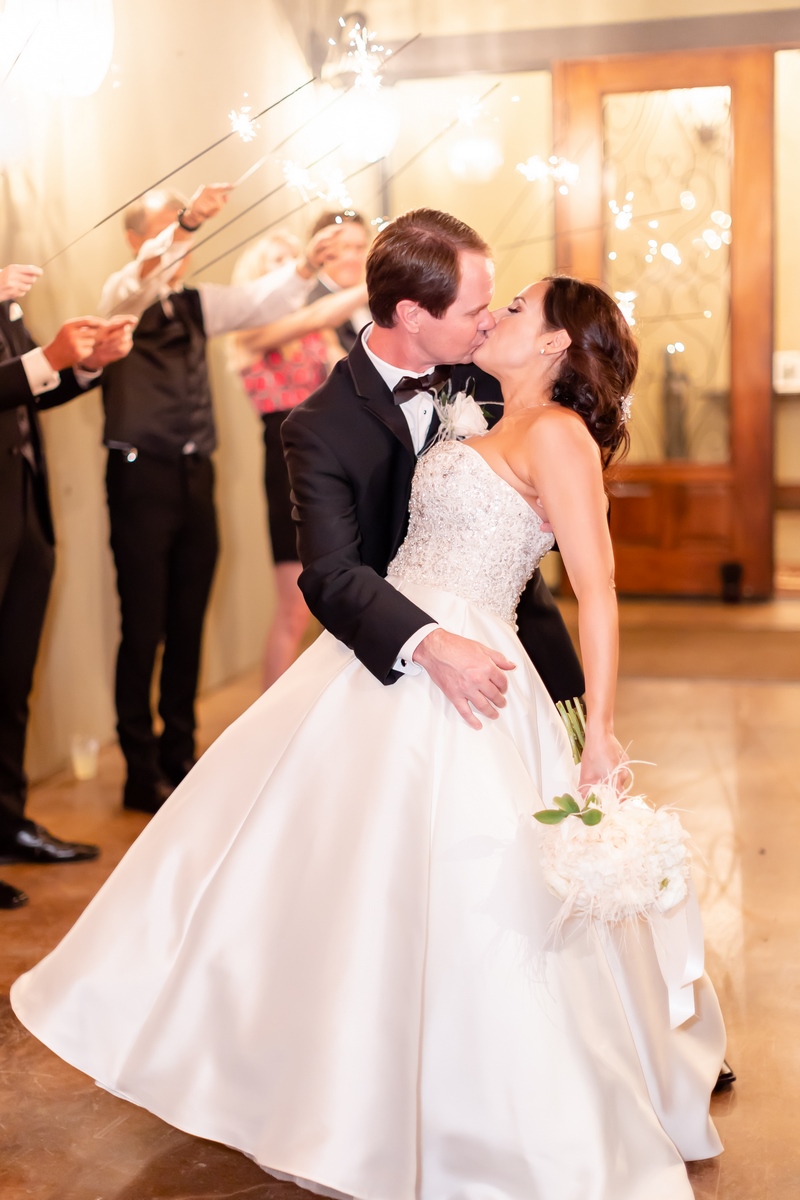