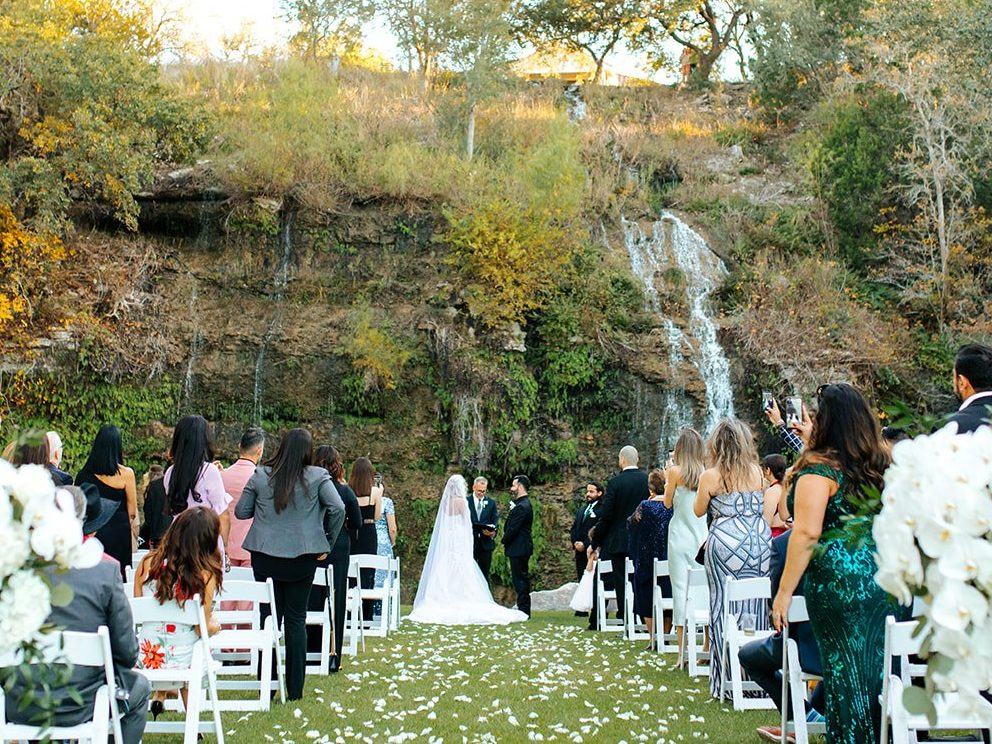 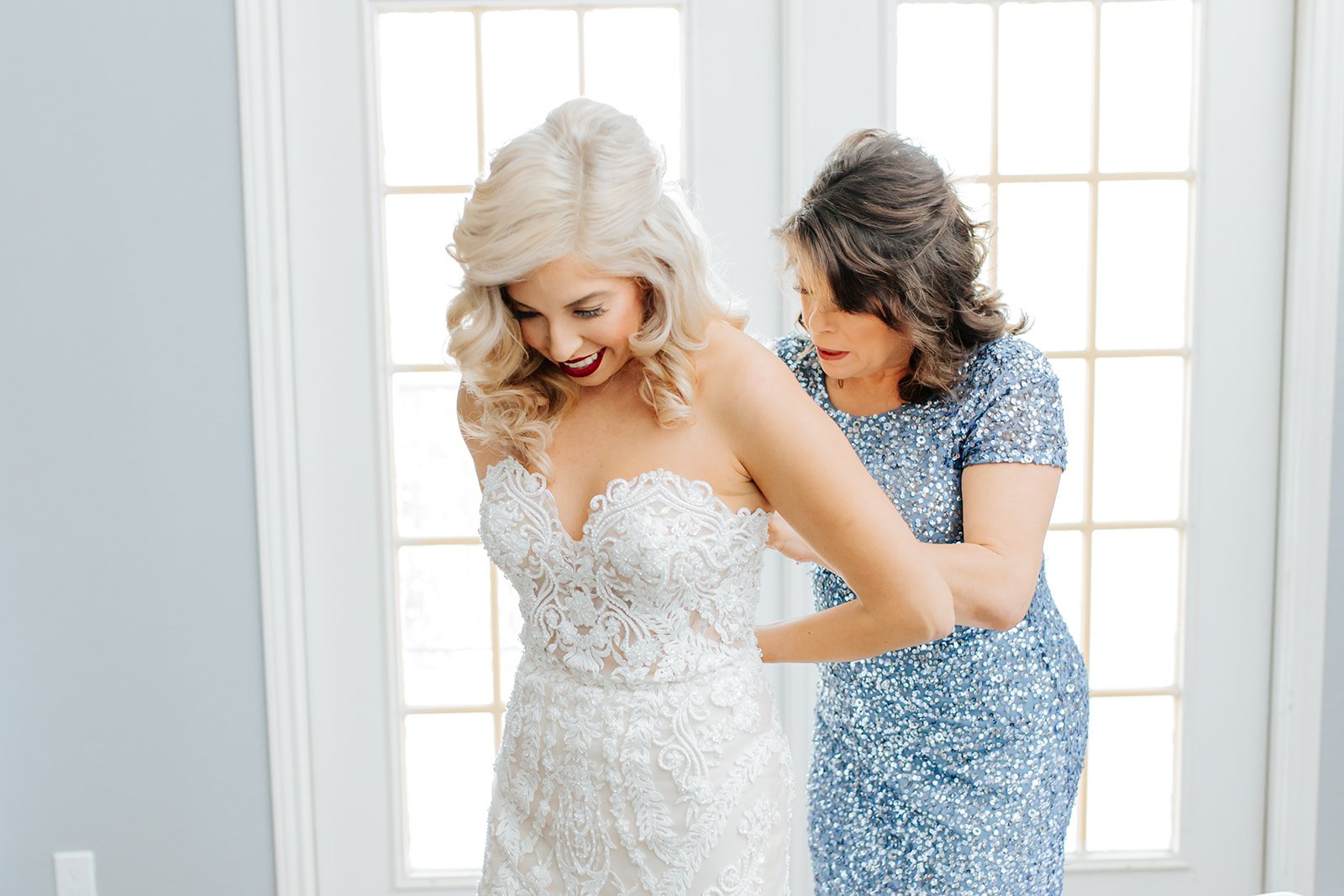 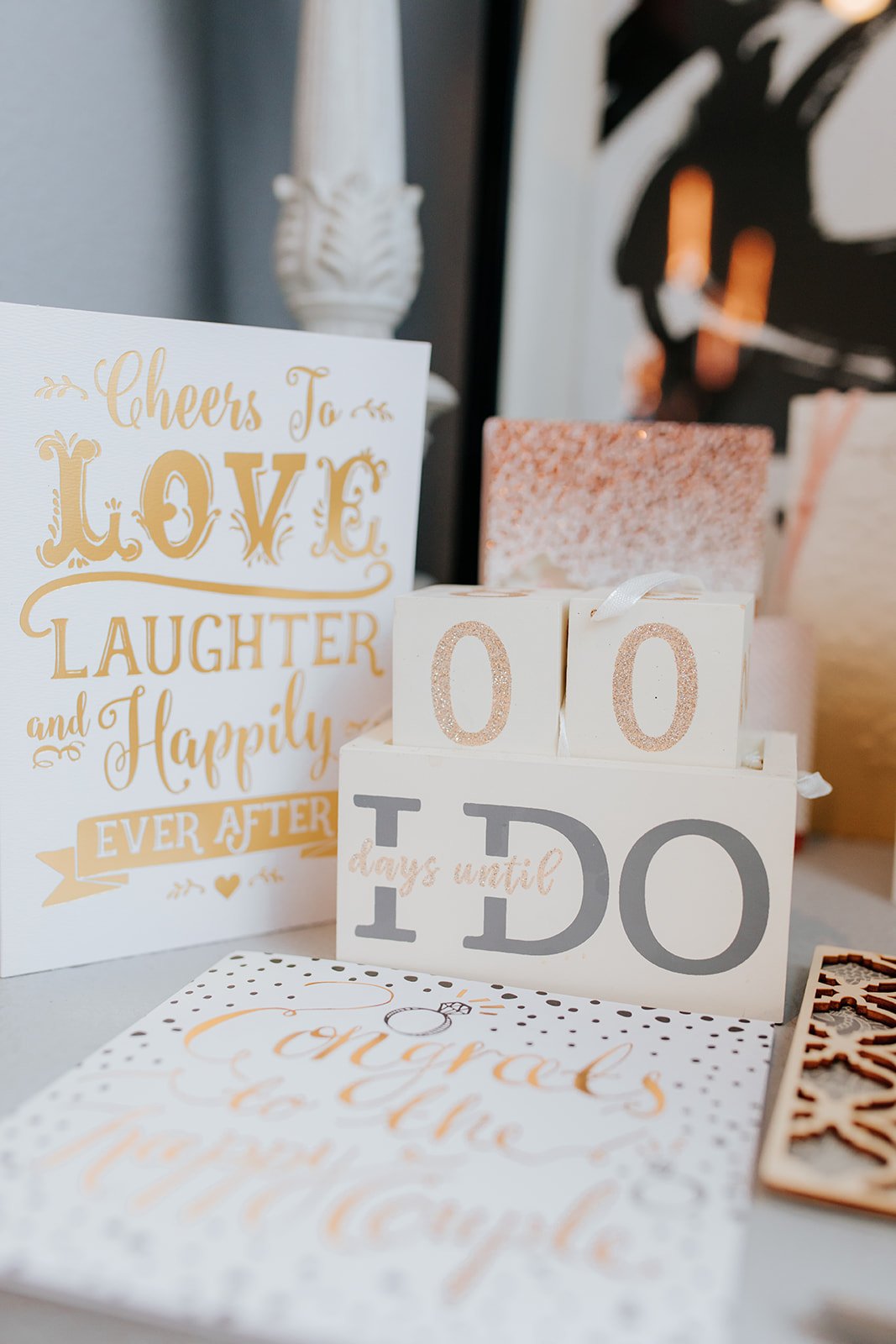 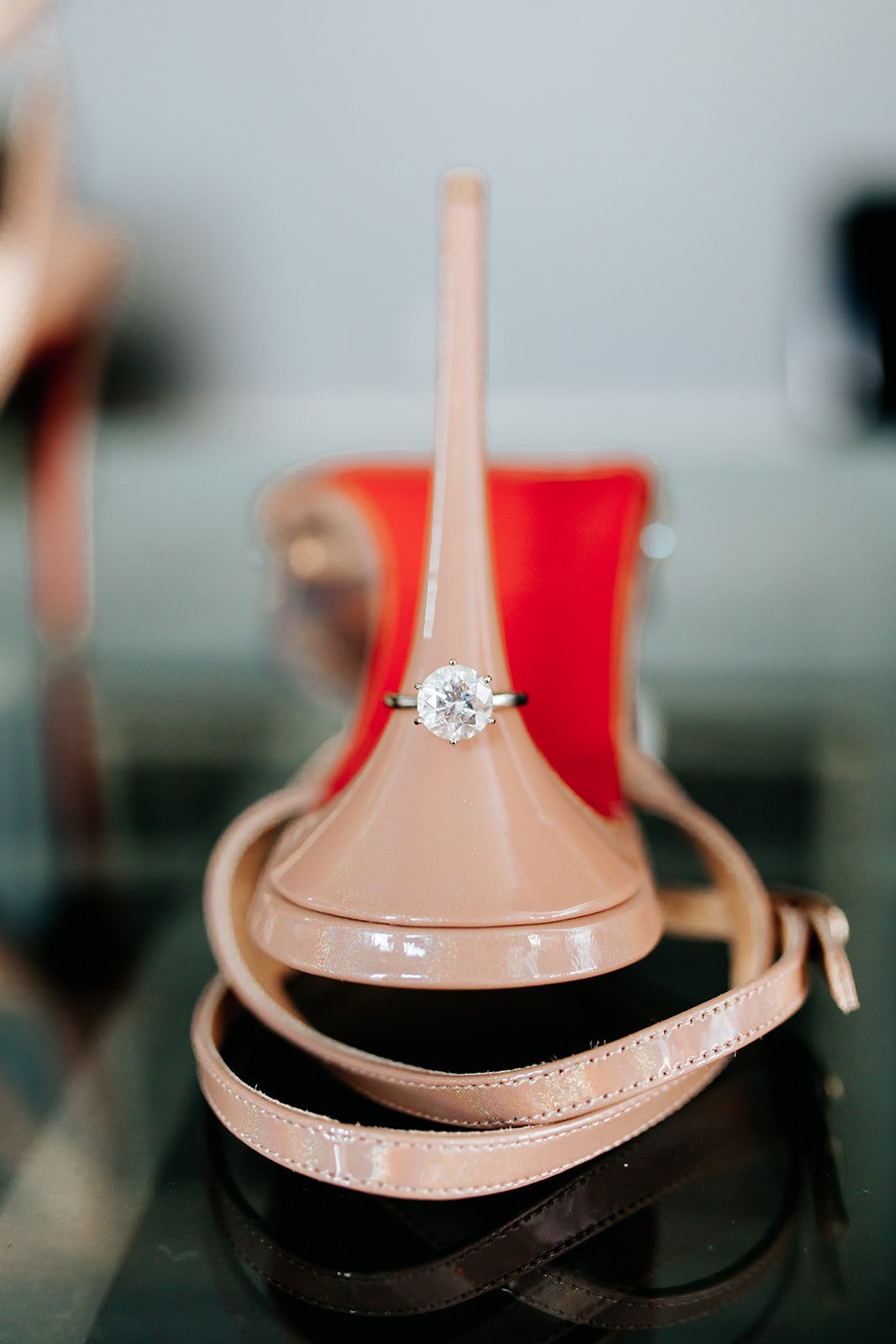 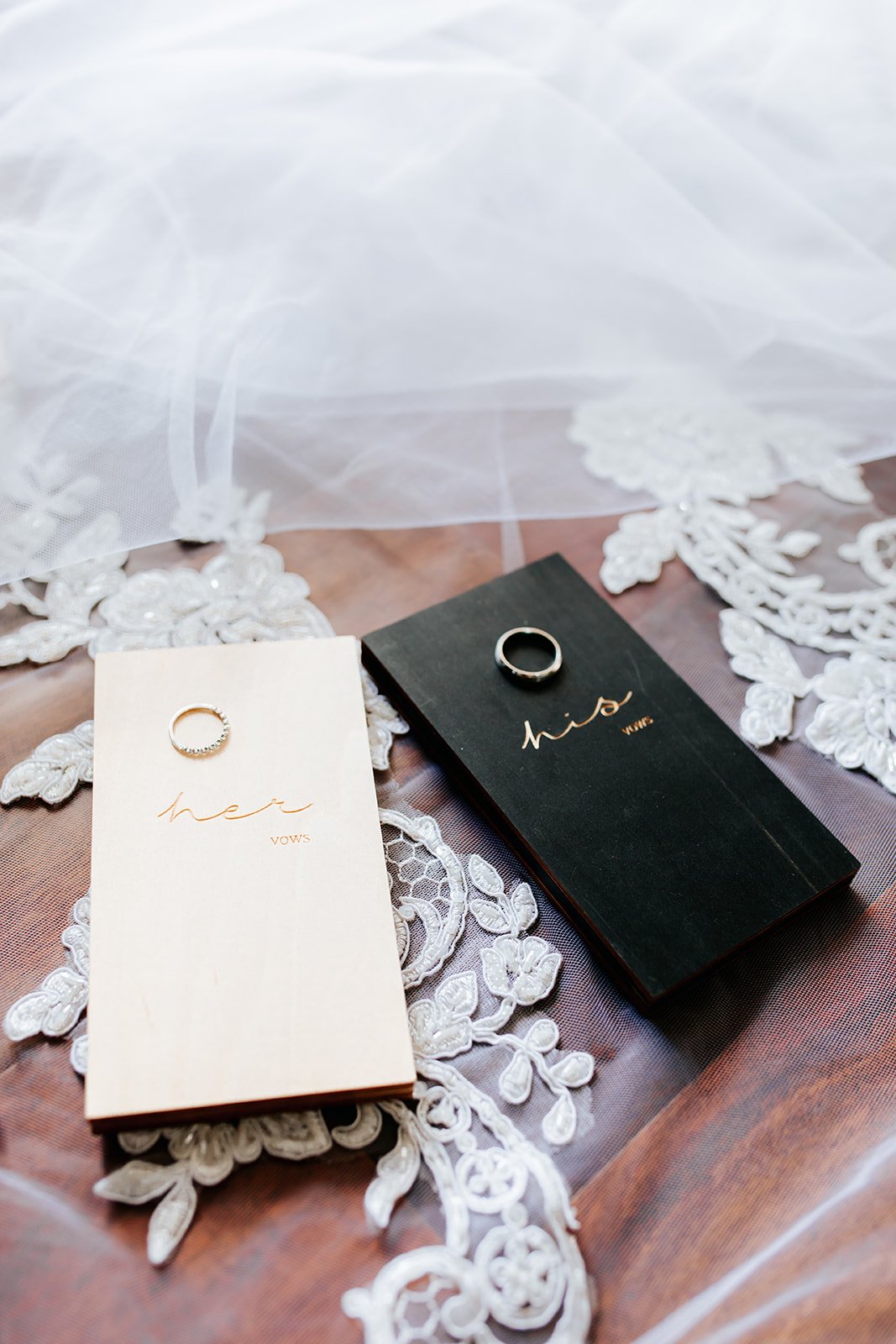 Magic was in the air the night that Krystal and James Freeman were introduced to each other. As singles at a mutual friend’s birthday party, they ended up both meeting a couple separately that insisted the two of them absolutely had to meet each other– Krystal and James claim that the rest is history.

Having Krystal “kidnapped” from her home by a limo, James had her sent to their favorite golf club for what she thought was simply a surprise photo shoot with one of our favorite local photographers, David Pezzat. James and David coordinated to have an entire section of this golf course closed off for the shoot, and as Krystal was directed to look over her shoulder for a photo, there she saw the man and the moment that changed the rest of her life. James was on one knee with ring in hand and tears in eyes asking Krystal to spend forever with him. She said, “It was PERFECT”! 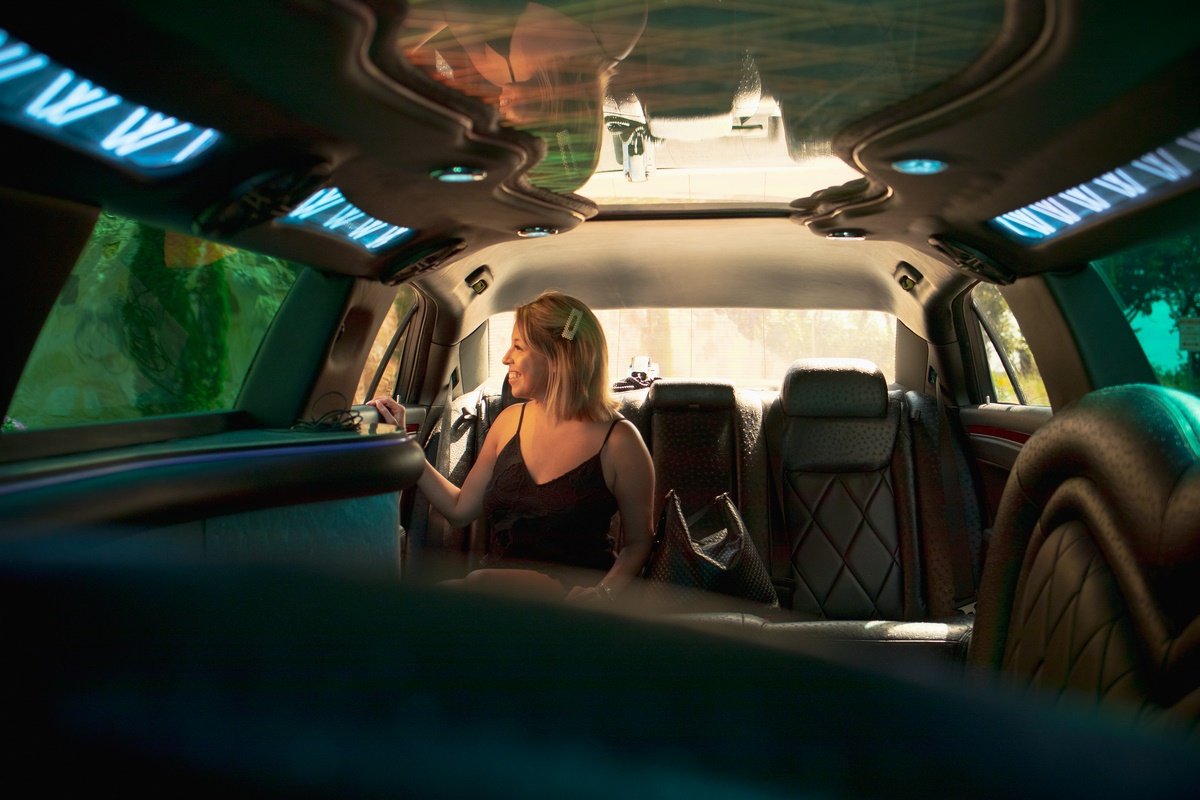 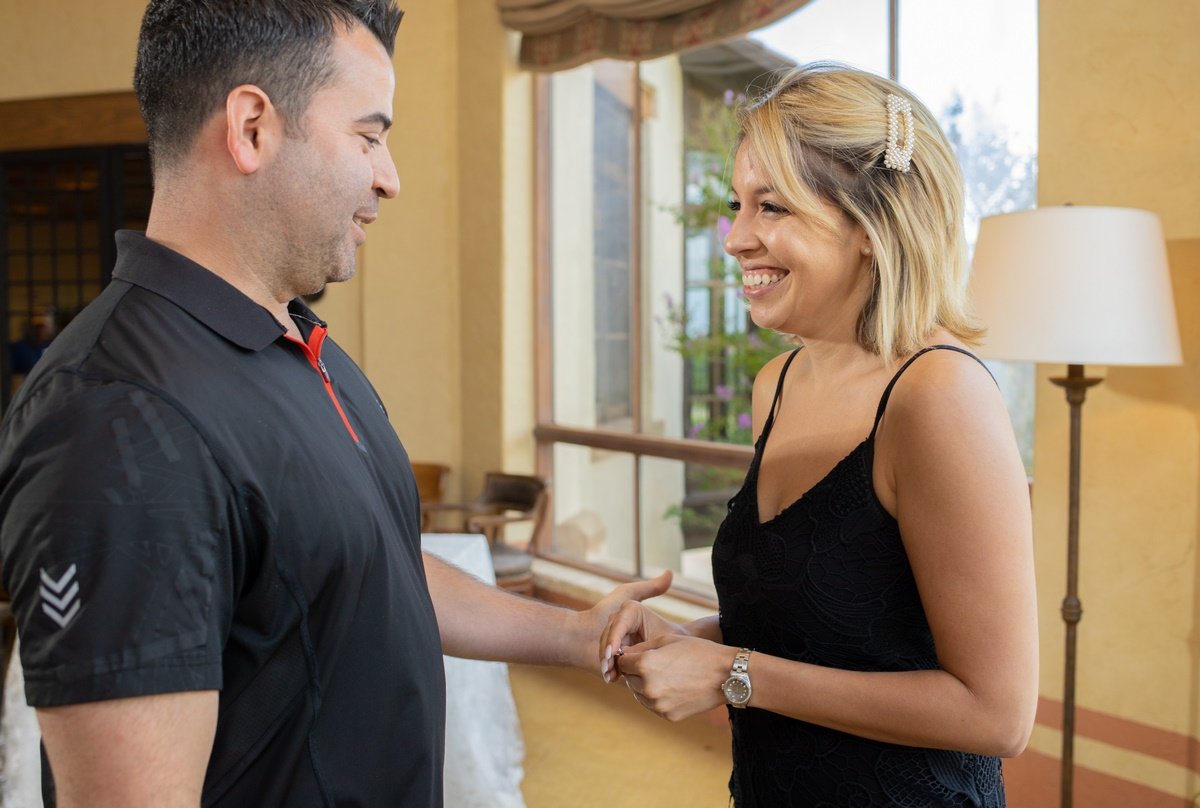 This couple is different, because well, they actually did go chasing waterfalls. Krystal said that’s exactly where their inspiration for the theme of the wedding started, and it was actually because of their nephew, Aidan’s, love for waterfalls. 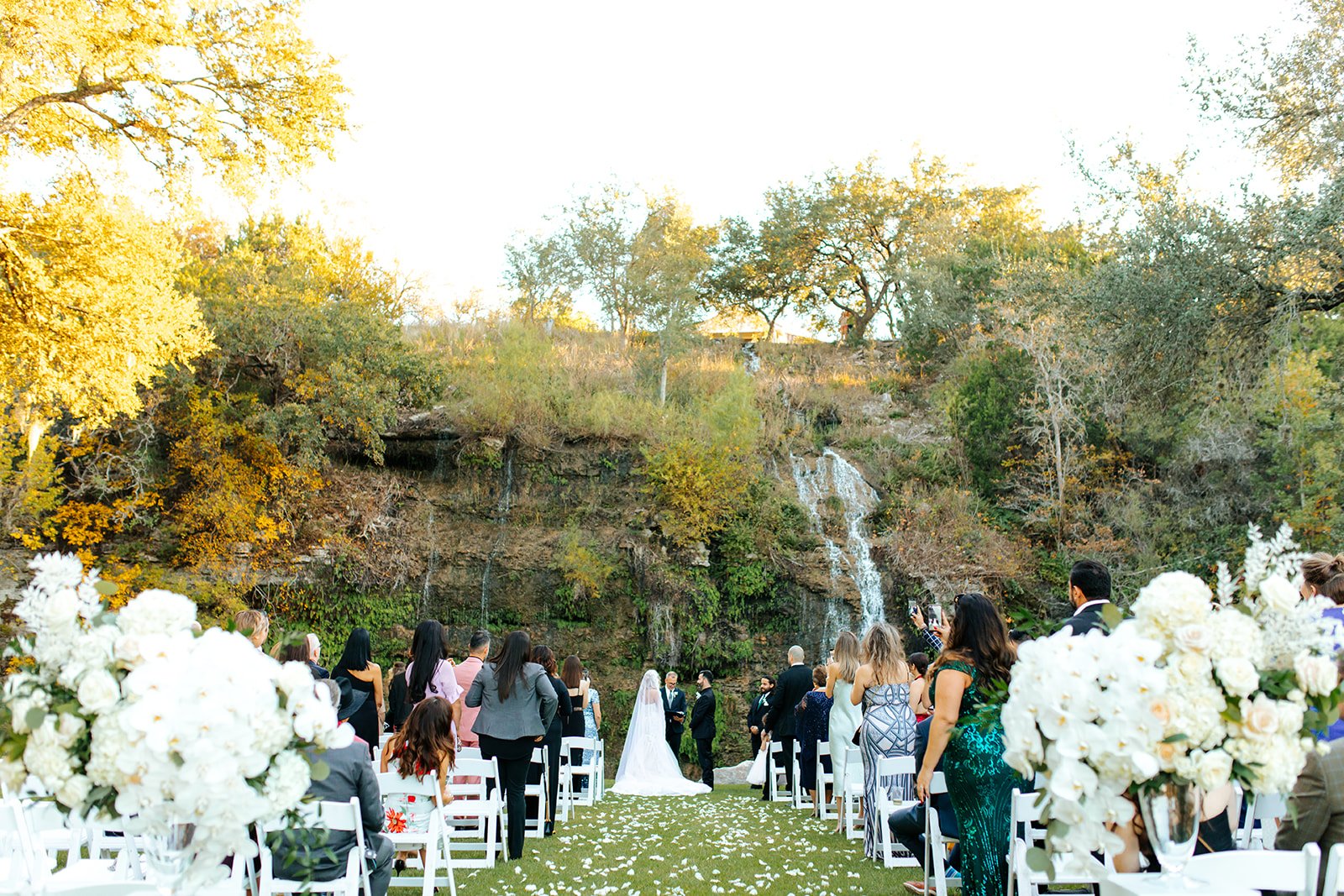 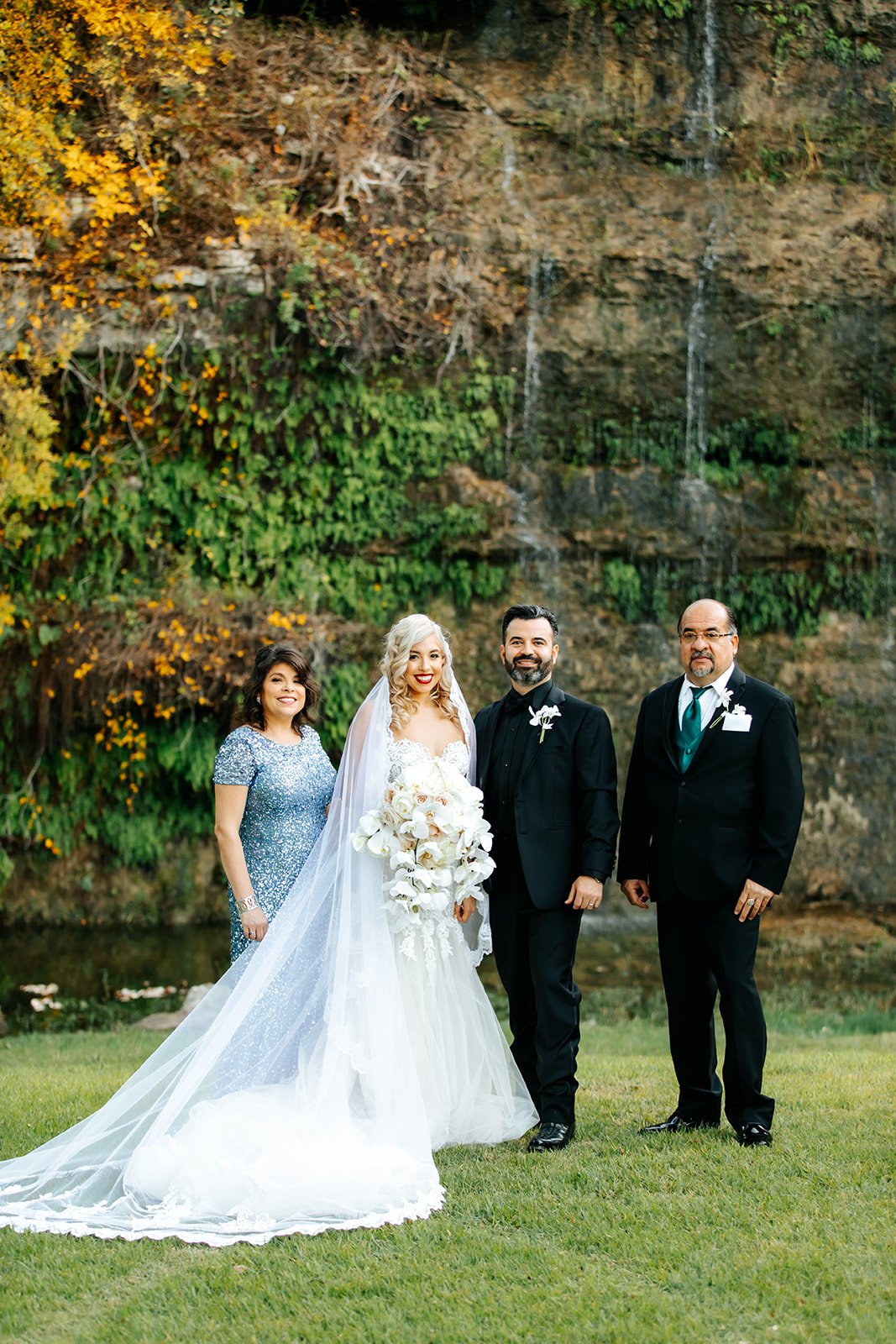 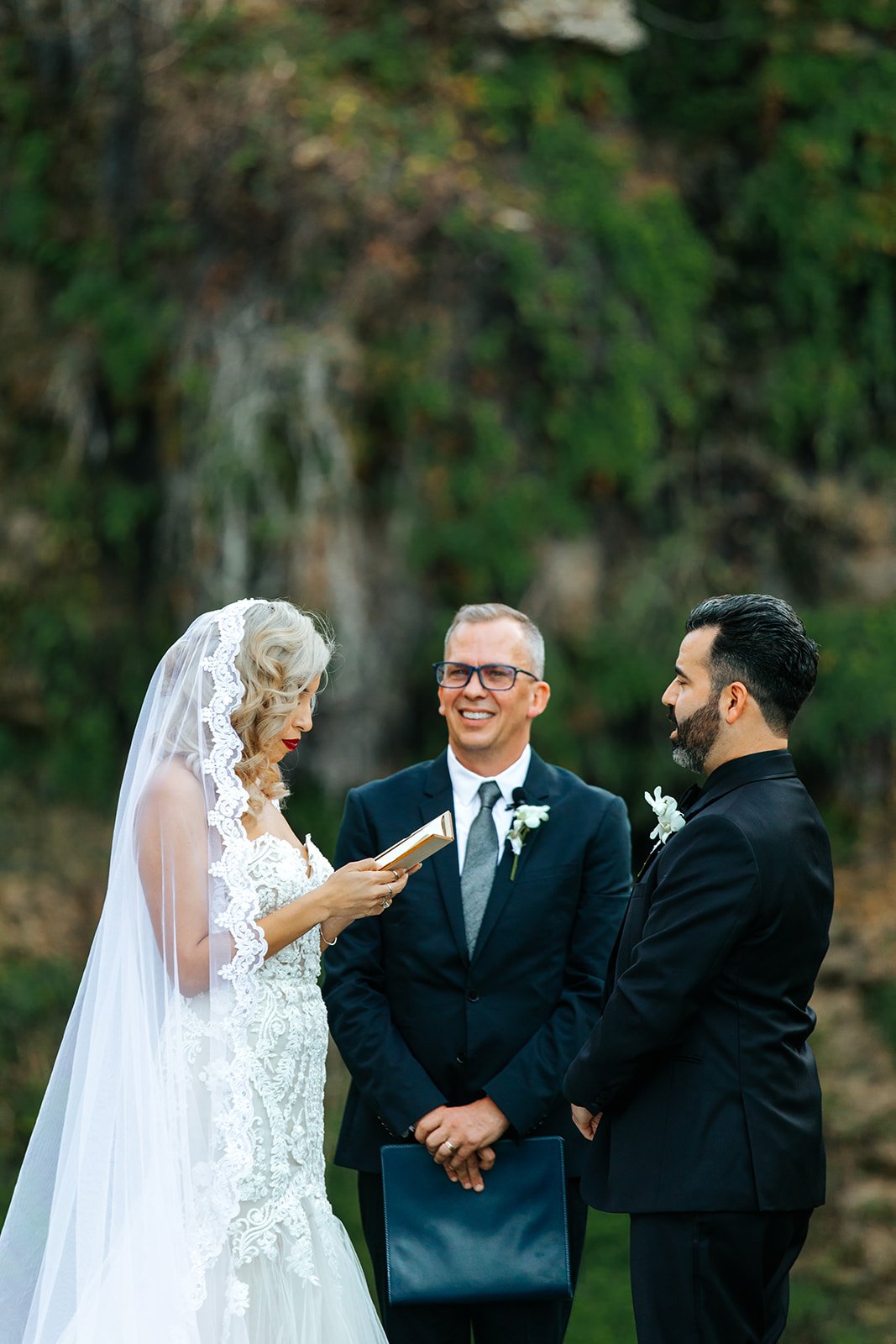 On top of being the most breathtaking spot in the San Antonio area, the couple chose Canyon Springs Golf Club because the grooms family had been there 20 years prior and they absolutely loved it. All this combined with the waterfall they were chasing created the dream day for Krystal and James. 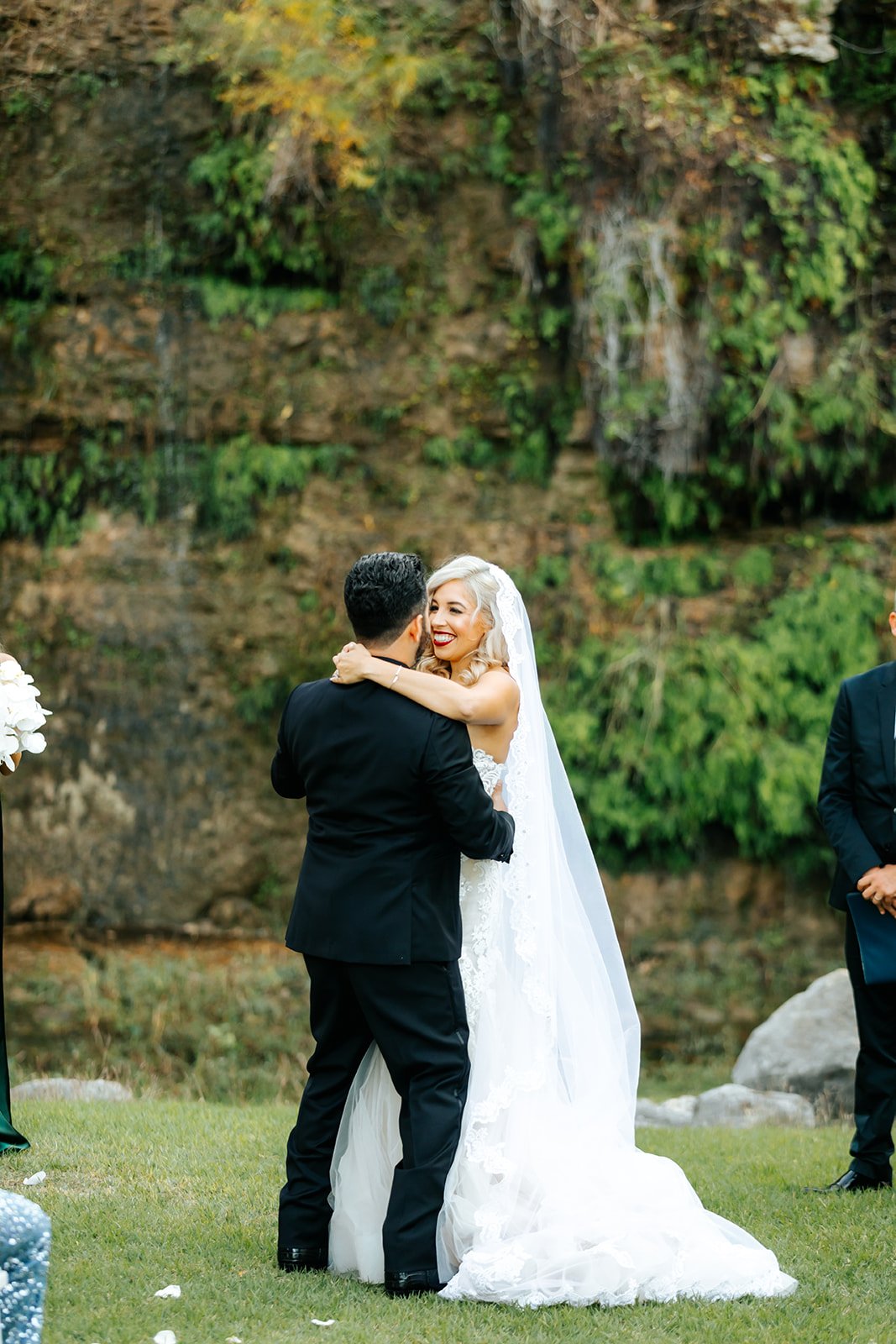 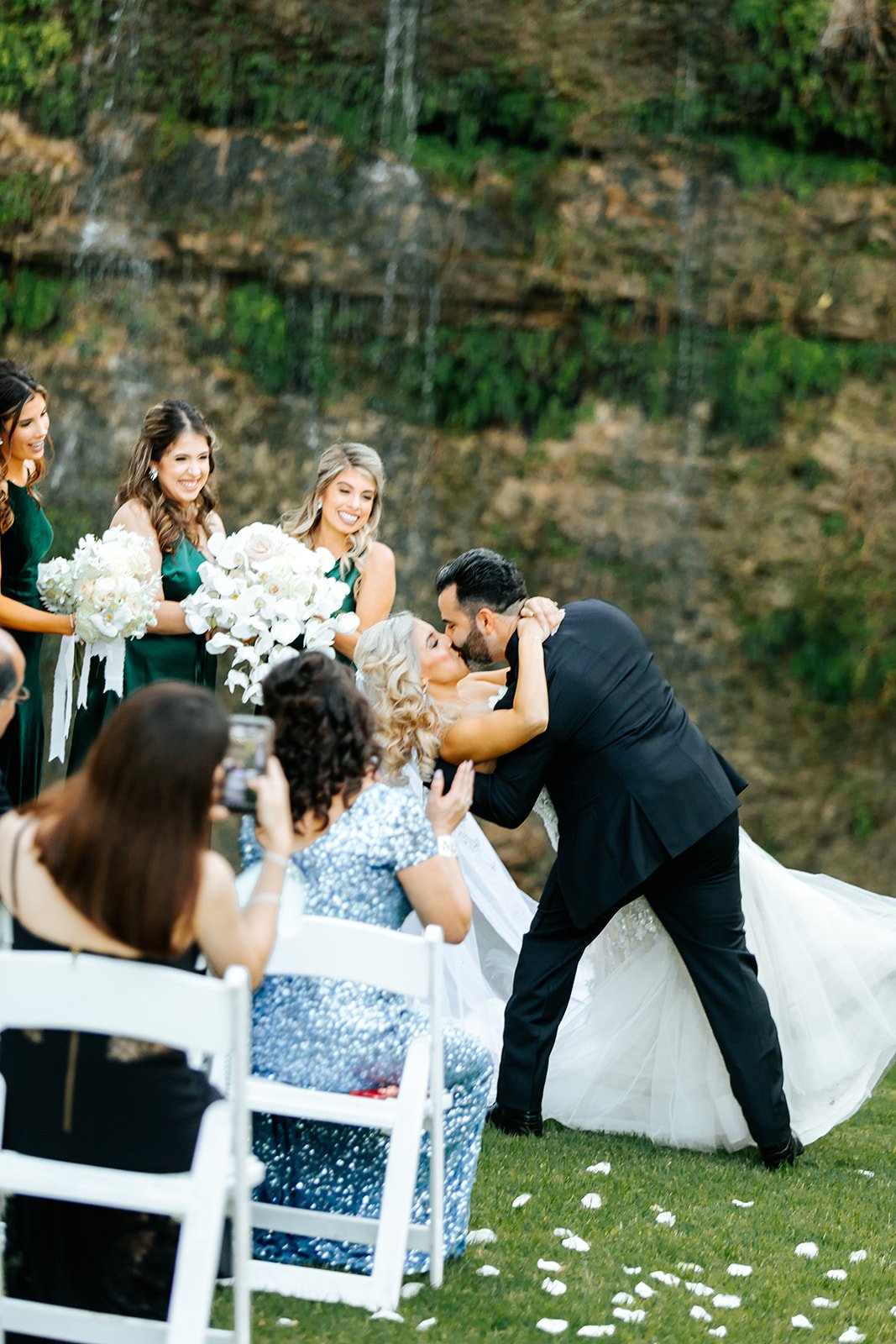 Although the whole day was magic, Krystal says her favorite moment of the event was getting to have their first dance standing at the altar right after they said their “I Do’s”. In front of all their guests, the newly wed couple shared their first dance to their favorite song, “At Last” by Etta James. This was initially due to the fact that they had cancelled their reception to keep guests safe during COVID times, but Krystal was actually pleasantly surprised with how much she loved the timing of it all. 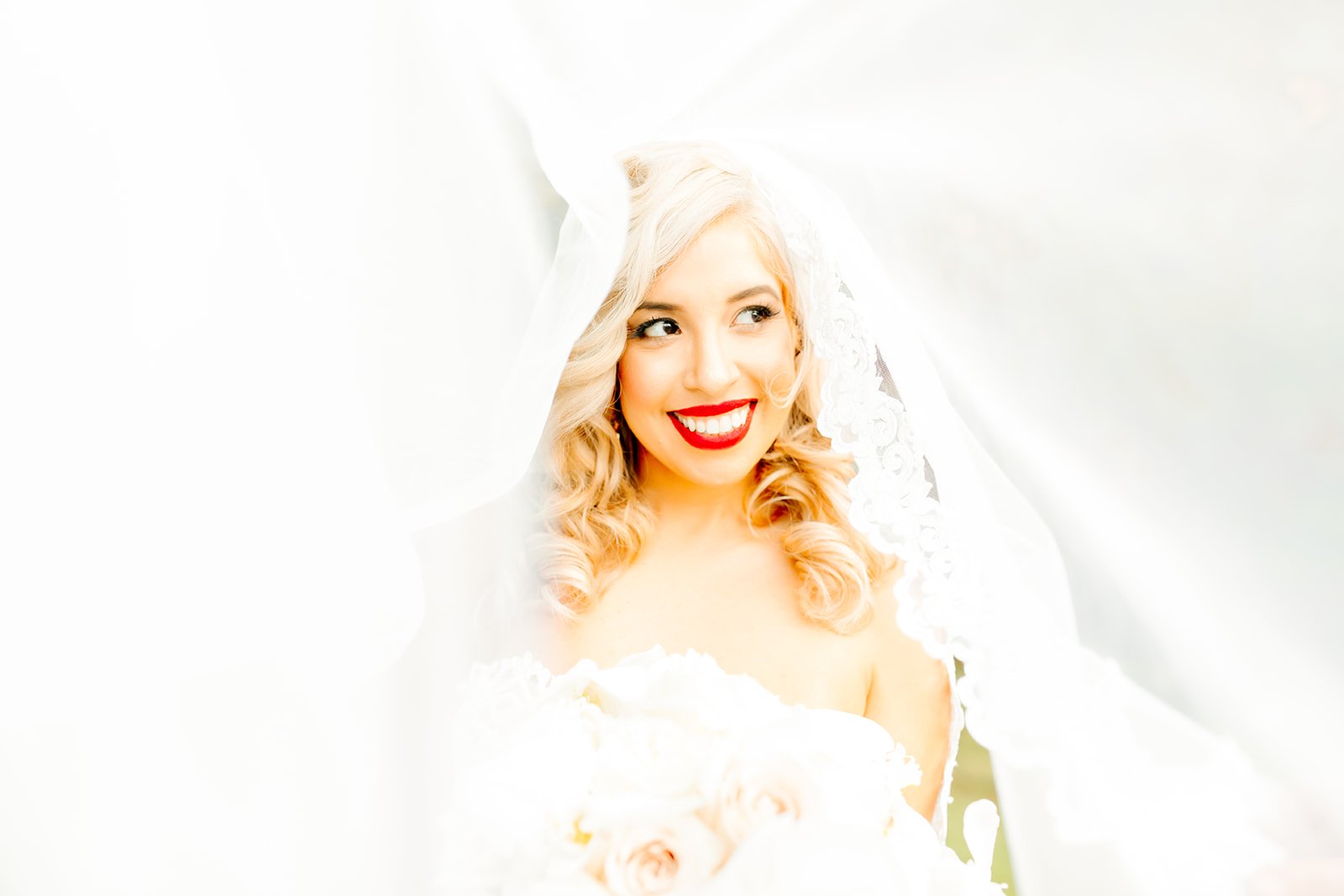 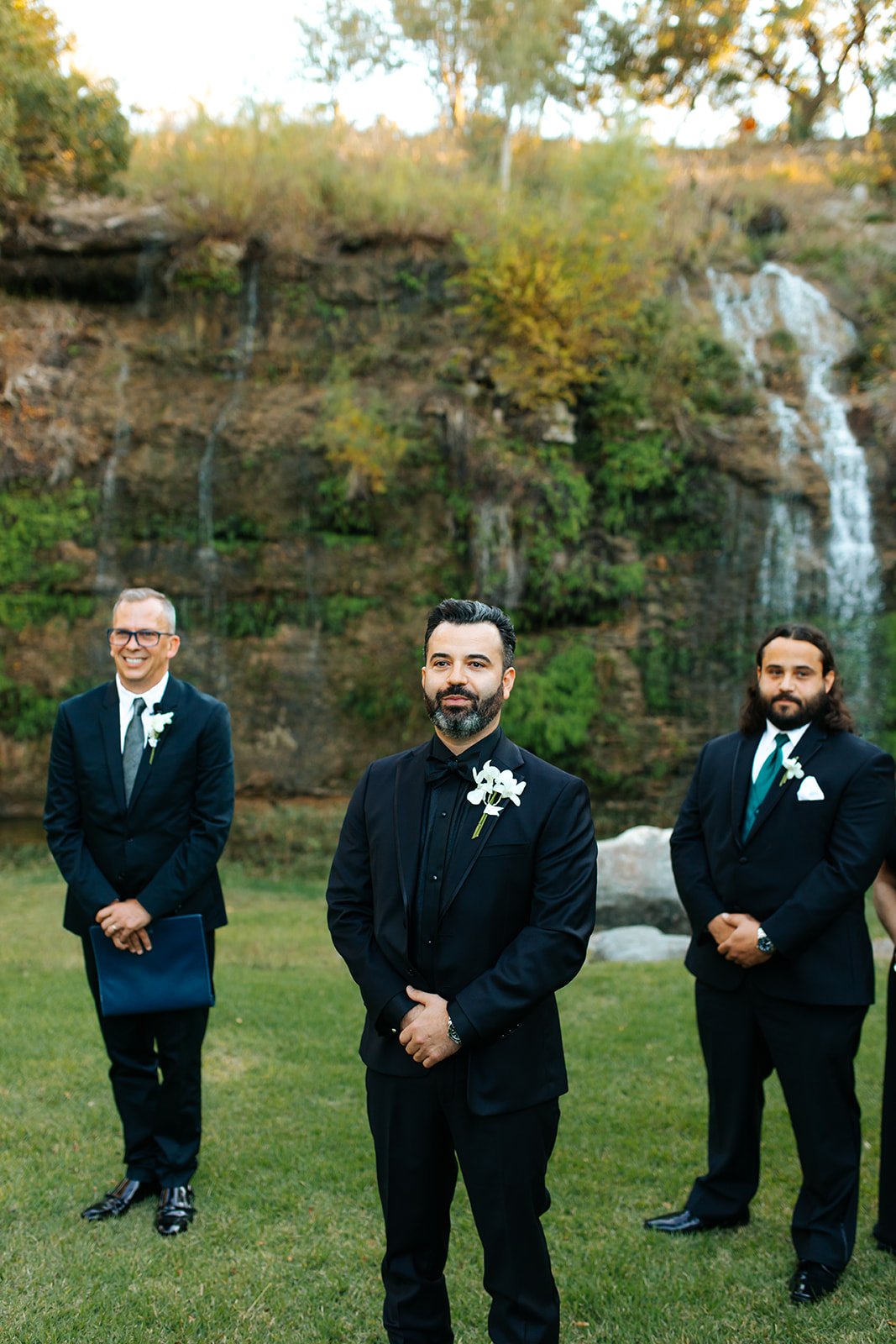 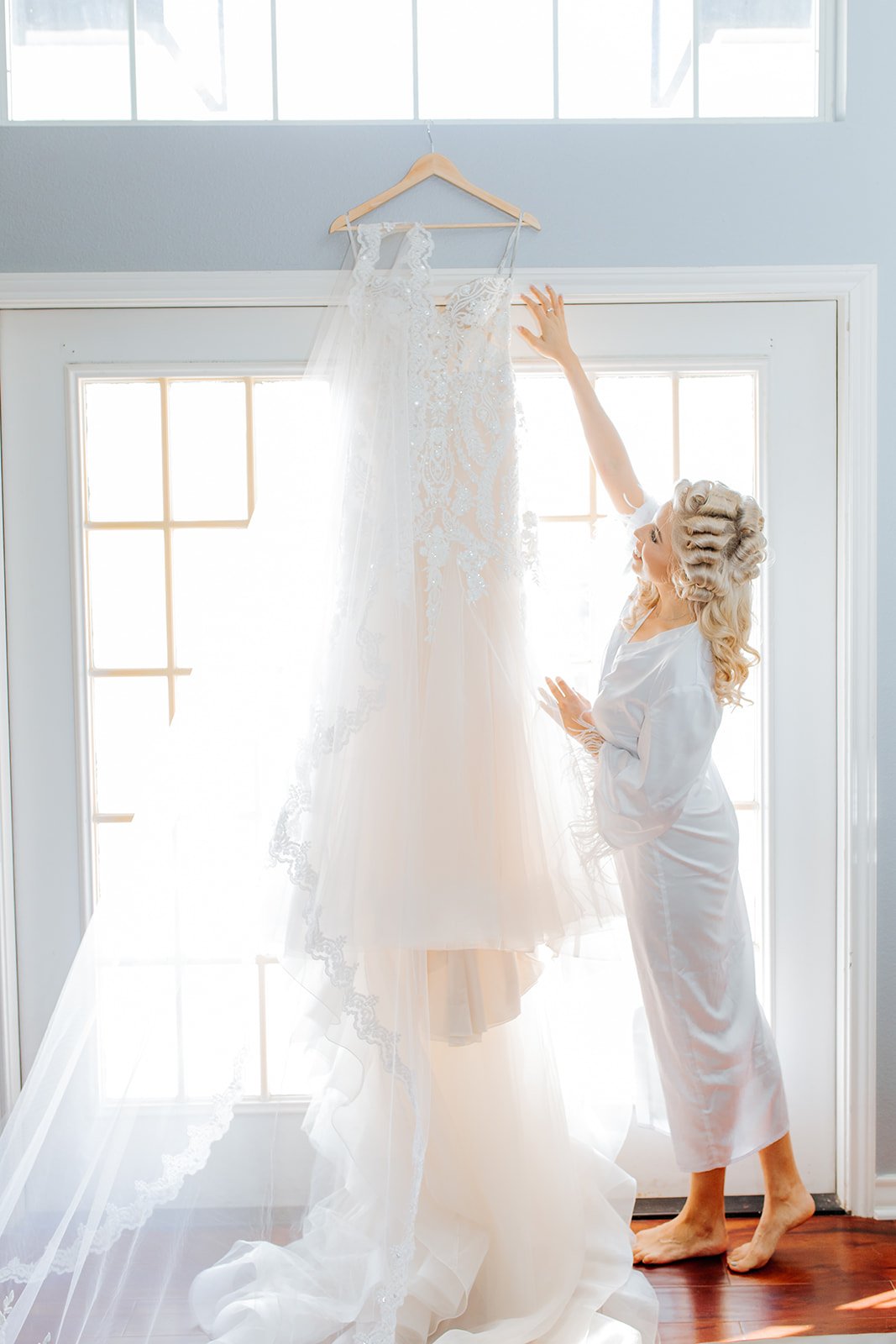 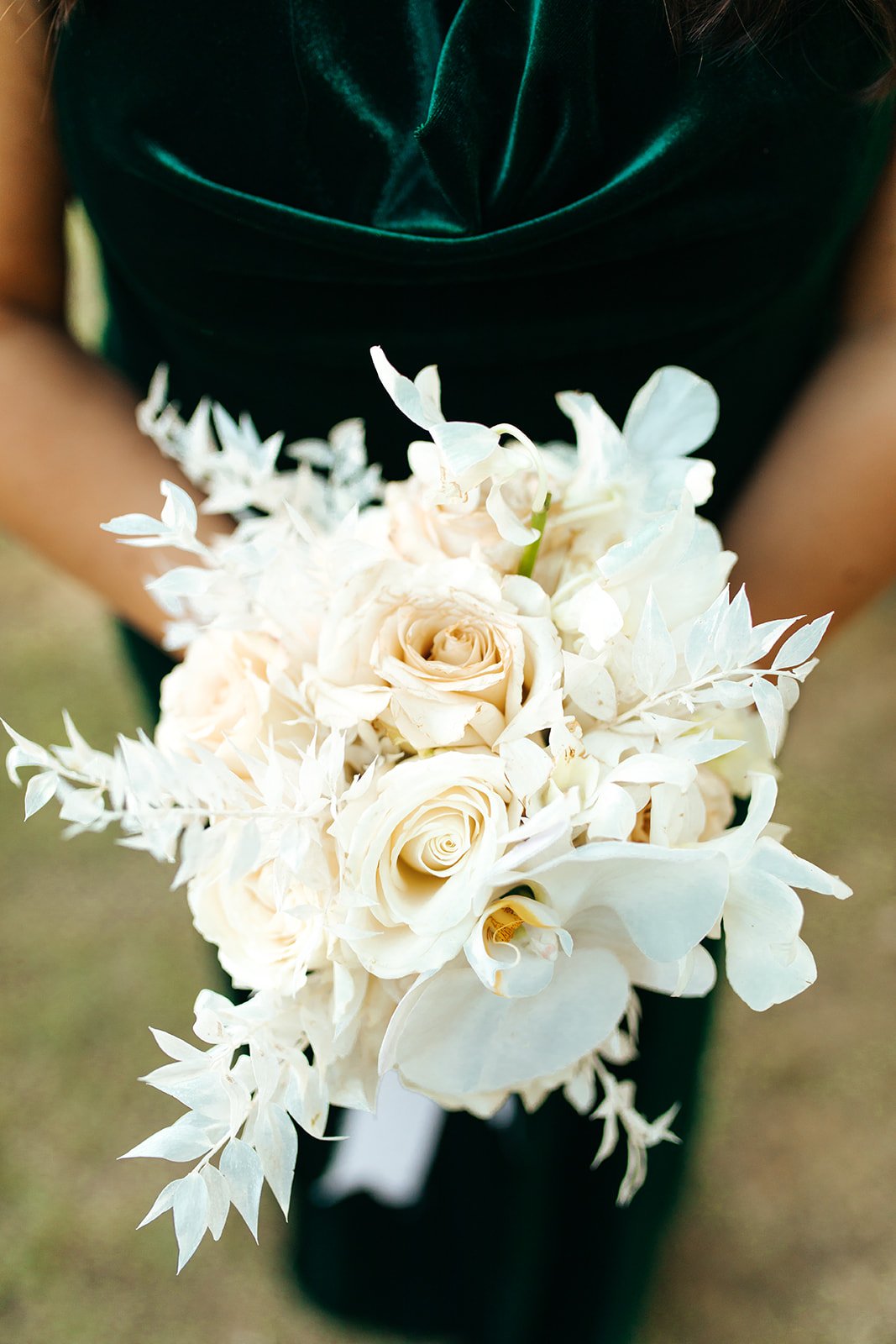 Words of Advice From the Newly Weds

“Hire someone to help you, whether it be a planner to pick all the details or a coordinator to help keep you sane, you will be so happy you did. This will help you breathe and enjoy the small things and all the little moments with your soon to be forever. Lastly, on your wedding day take a moment to step back and take the moment in together, it’s pretty awesome!” -Krystal & James