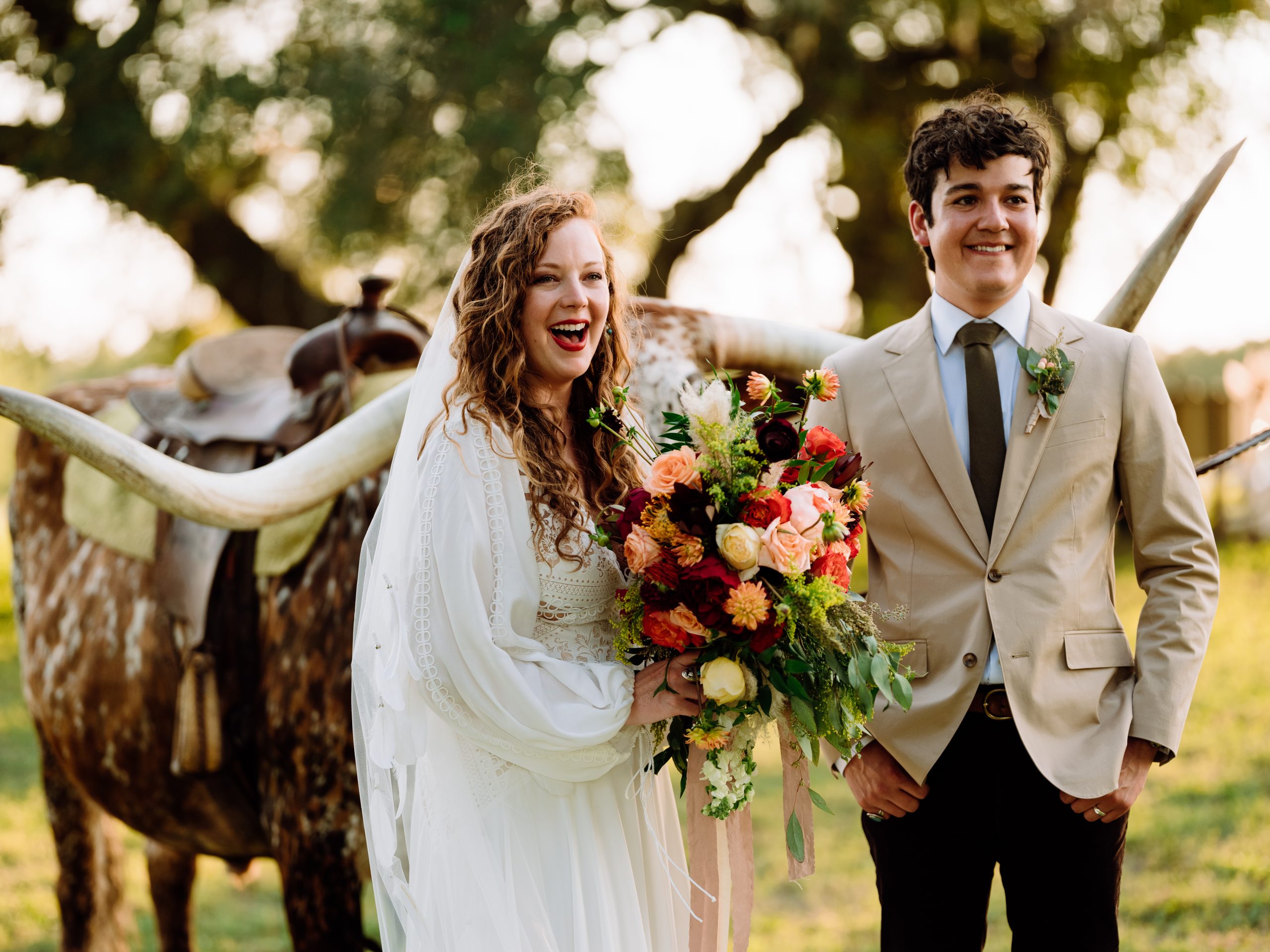 A Match Made in Music Heaven 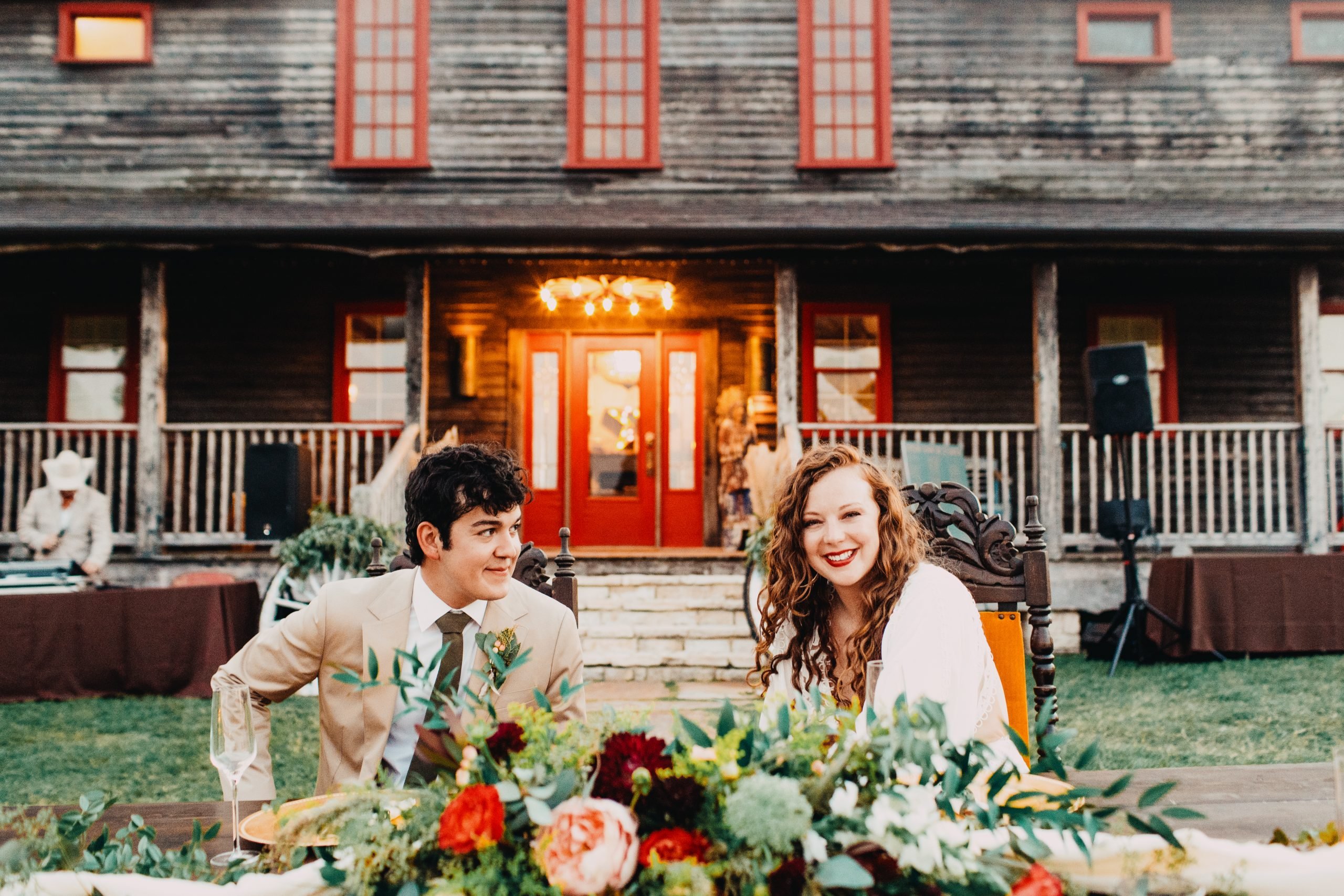 Cleto and his band, Flatland Cavalry, were in the process of recording their first album back in 2015. One weekend during this time, he heard Kaitlins magical voice float through the radio in his truck, and while he quickly had his bass player Shazam the artist to find out who it was, Cleto had no idea just how important that Shazam search would be.

One of the songs on their album was in desperate need of a female vocalist– and once he realized it, Cleto got connected to Kaitlin as soon as he could. She ended up meeting the whole band in Lubbock where she did in fact sing vocals on the track, “A Life Where We Work Out”. Though this was just the beginning of their relationship, it escalated pretty quickly with the first song Cleto wrote about Kaitlin ending in a marriage proposal. He told her “not to worry, it was just a song” but we all know what happened next.

As a musician, Cleto knew his proposal to Kaitlin would be centered around a performance but he still wanted it to feel intimate. Instead of proposing in front of a crowd, he popped the question to Kaitlin right after her opening act in the green room with all of their band mates, friends, and family gathered around. Right after Kaitlin said yes, Flatland Cavalry went straight to the stage to play their set list! 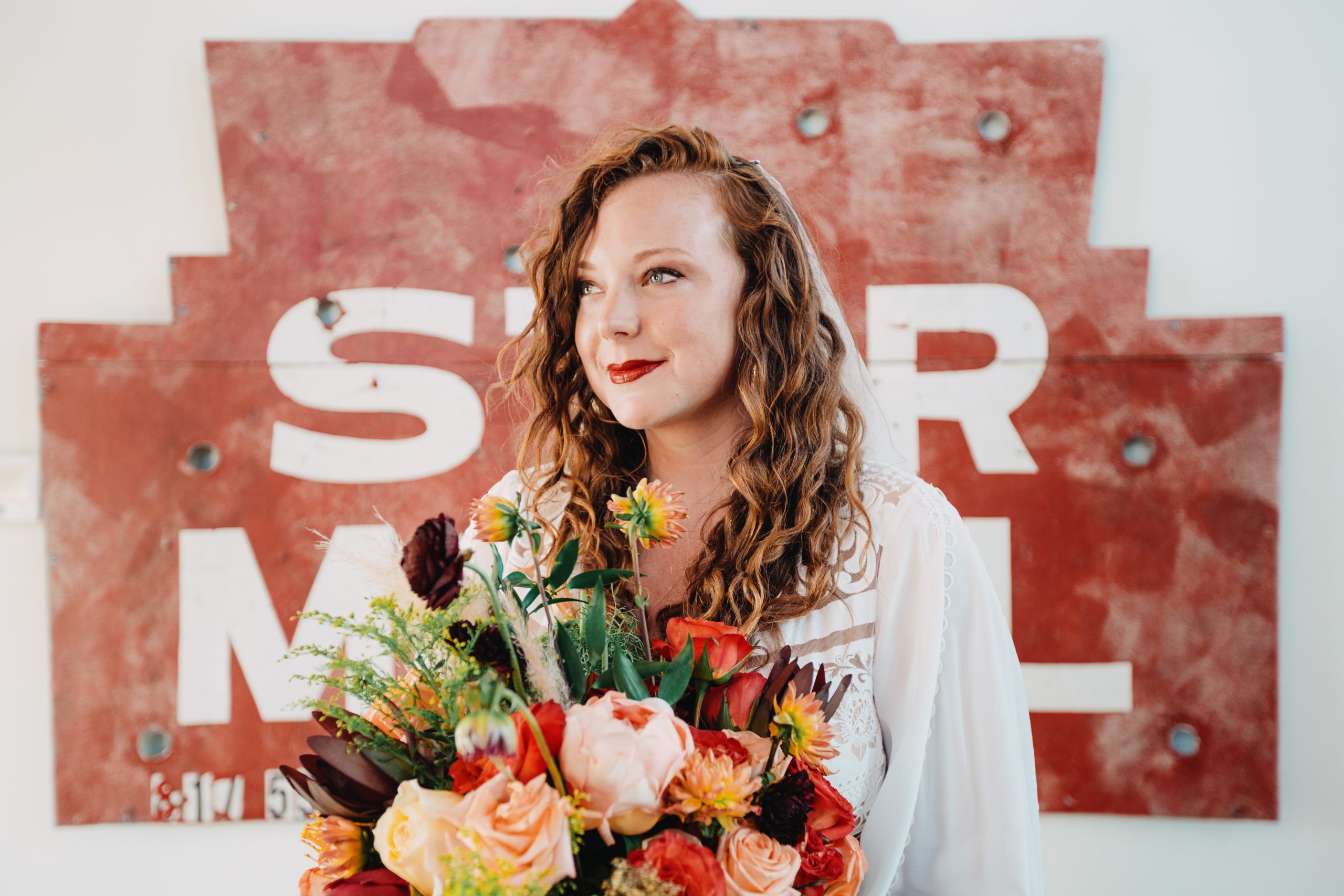 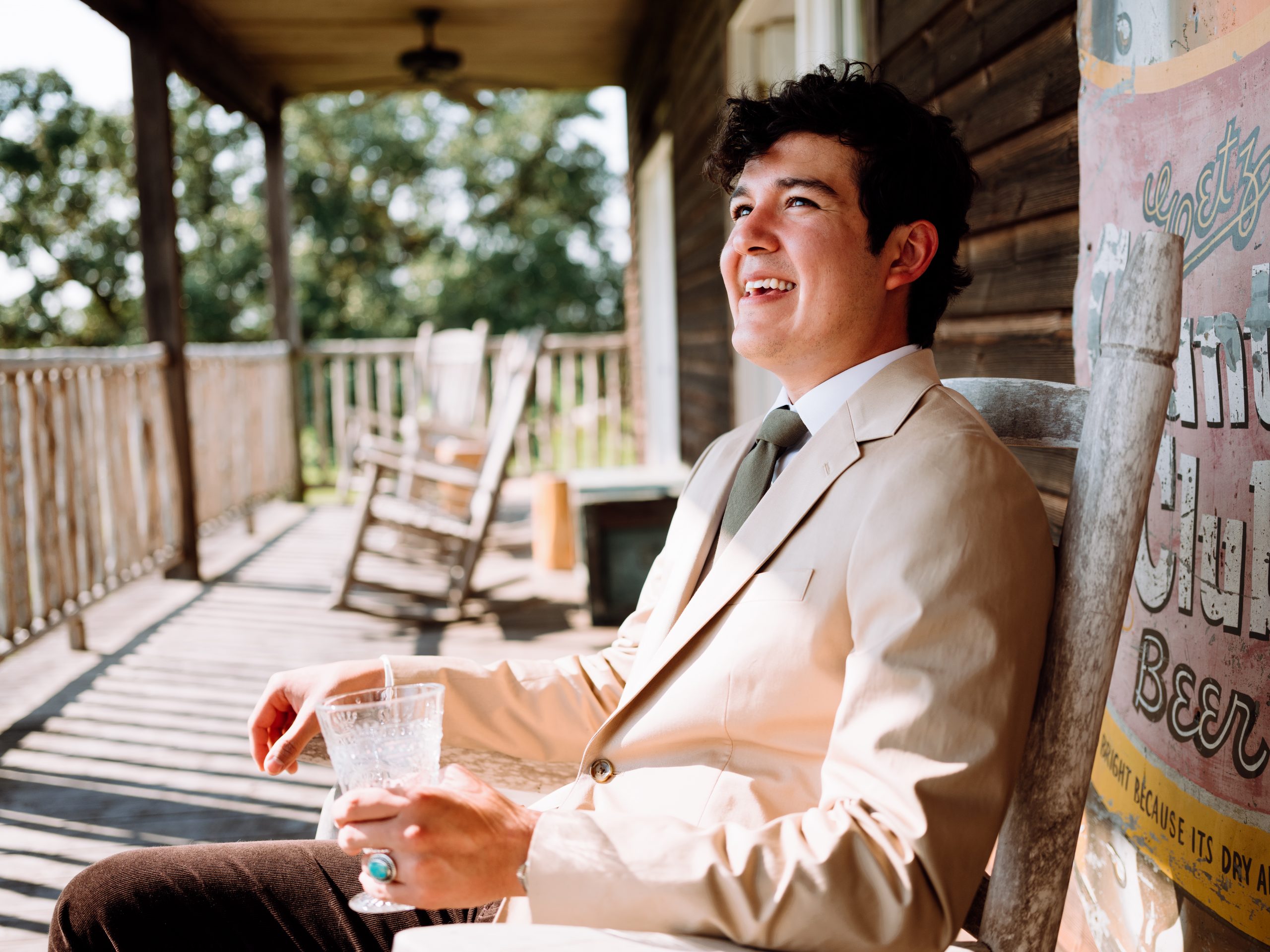 The Junk Gypsies Wander Inn had so many design elements that just felt perfect for this Texas Country couple. This venue had the perfect mixture of beautiful decor and funky vintage treasures. The Gypsies refer to it as “a place that has a story to tell”. The couple wanted a venue that had character but was also perfect for all of their road-traveling nation-touring musician friends to be able to settle down and enjoy themselves for the weekend. 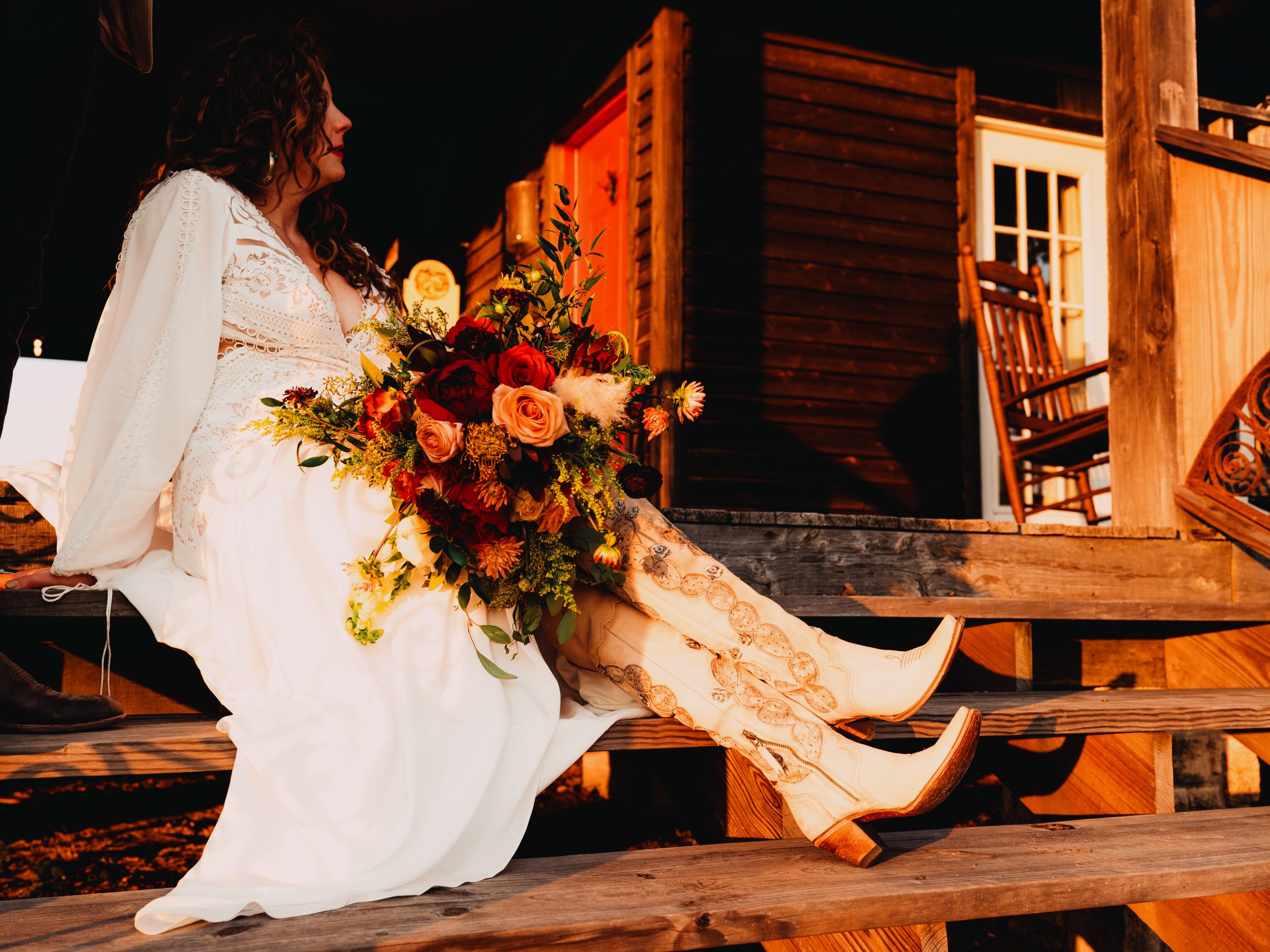 “We loved our October wedding and I recommend that time of year, especially for an outdoor event. It was perfect. I would say to really think about your personalities and what you want your wedding to feel like for your guests. Ask yourself what things you enjoy when *you* go to a wedding and what you remember from events you’ve attended. Don’t get bogged down in details no one will notice. There is no right and wrong way to do a wedding. Checklists are helpful, but don’t let them overwhelm you. I would say to focus most of your energy on the things that will make guests comfortable and the event enjoyable. It should be about joy and celebration. Our wedding felt beautiful to me because of its simplicity.”- Kaitlin and Cleto