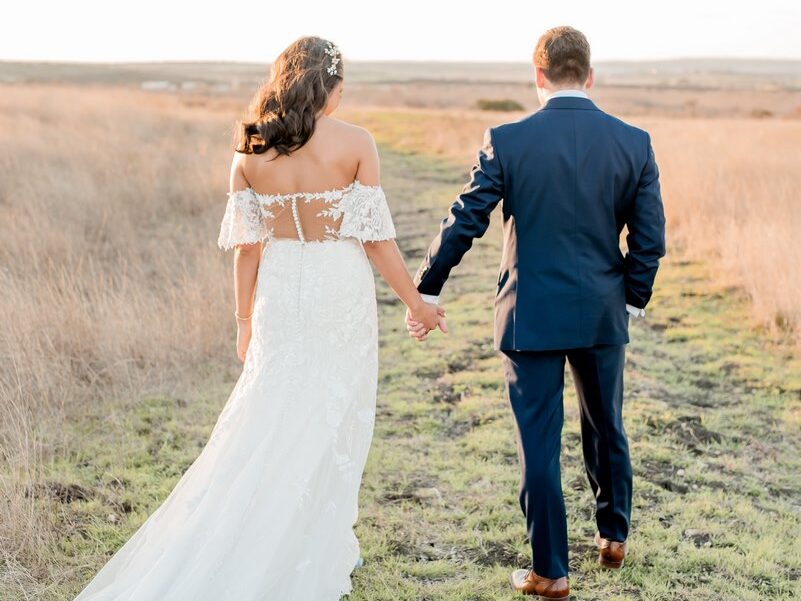 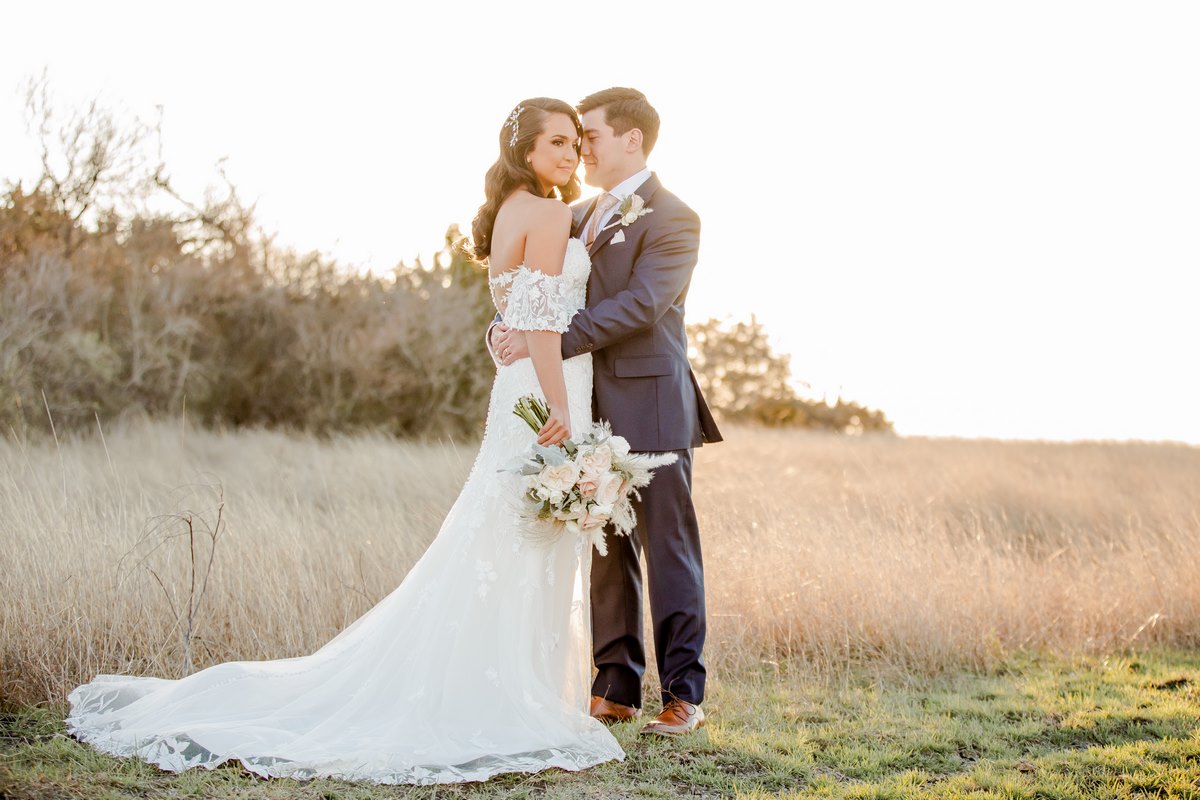 Julienne and Brandon’s story began long before they were a couple. The pair met when they were 14-years-old and remained friends until their senior year of high school, where their relationship finally blossomed.

Nearly a decade later, they said “I do.”

“I can always tell when Brandon isn’t being totally truthful with me and he knows it. Which makes surprising me very hard for him,” Julienne said.

In his efforts to try to surprise his future bride, Brandon made reservations for a date night at The Ocho restaurant located downtown San Antonio. He dressed up “more dressed up than usual,” signaling Julienne of something about to happen.

The groom led his love up the stairs of the restaurant to the Havana Hotel to show her the view of the terrace. When they arrived at the top, the sun was set and a table with candles, flowers and lights were prepared. Julienne took in the beautiful setting Brandon arranged for her. As she turned back around toward Brandon, he was on one knee.

There to capture their magical moment with photographs was the staff of the hotel so their date night turned proposal could live on forever. 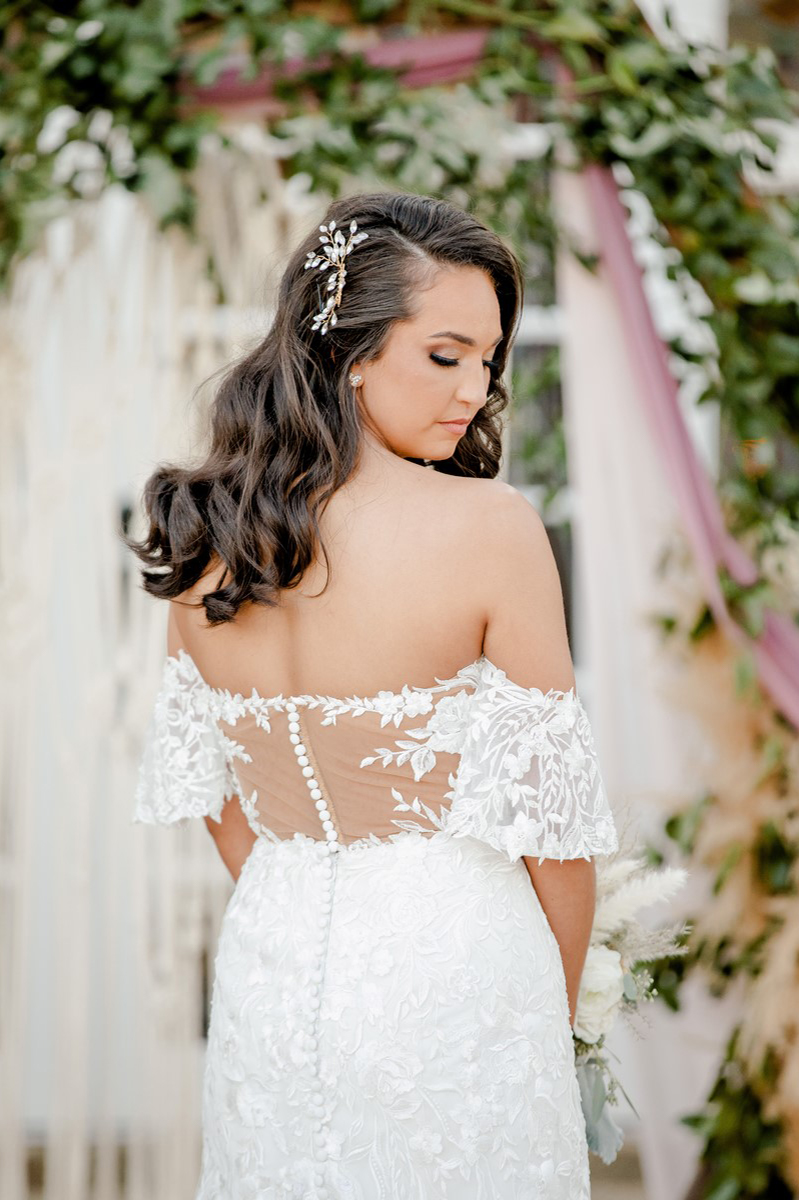 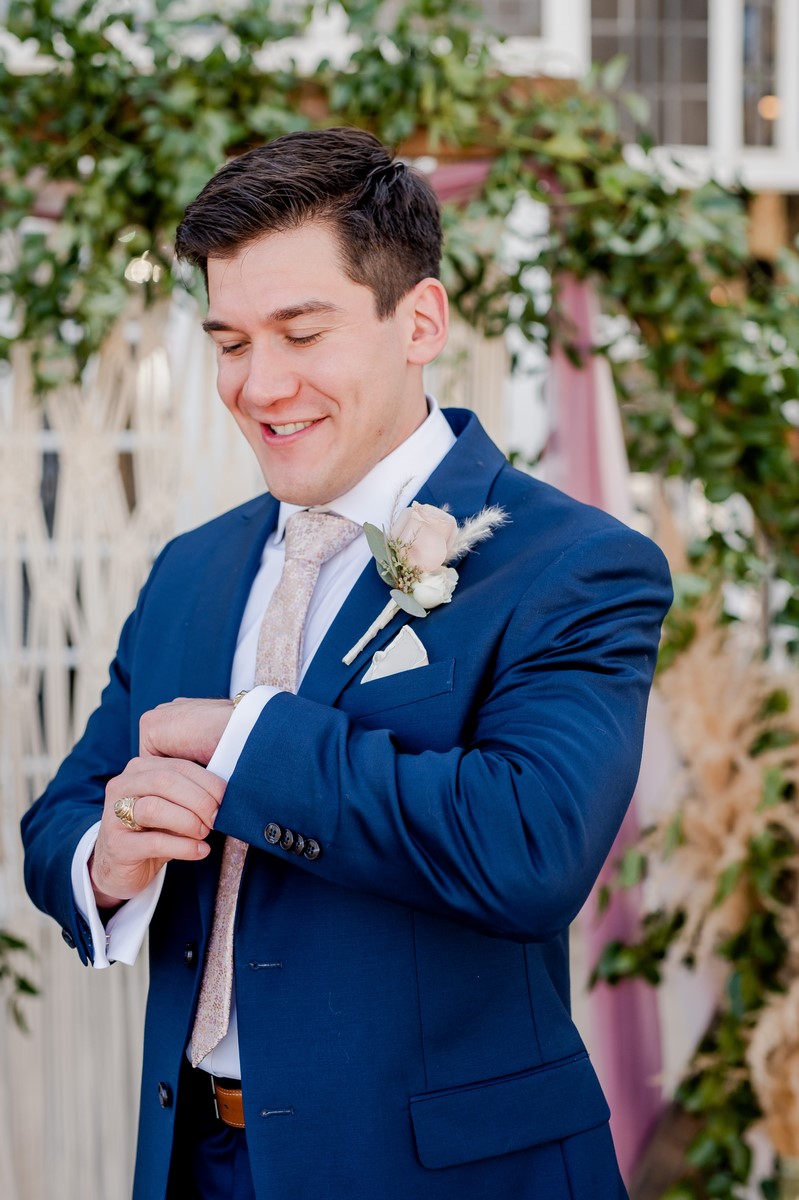 Julienne turned to social media as many brides do for inspiration. She spent her time perusing Pinterest, Instagram, wedding magazines and The Knot.

Due to the unexpected coronavirus pandemic, Julienne dedicated a few extra weeks to planning as she back working from home.

She landed on Harper Hill Ranch to be the wedding destination.

“It’s a renovated beauty,” she said of the over 100-year-old ranch. One of the most unique features of the venue: the house on the property that can sleep over 20 people.

An even better aspect of the venue, “the icing on the cake,” was the owner Amy and her team.

“They were the best throughout the entire process, made planning through a pandemic worry-free, and made me and my guests feel right at home for our gorgeous day,” she said.

The couple went for the boho aesthetic for their big day filled with unique elements.

“We incorporated a lot of natural decor, greenery, and colors because the venue was so gorgeous on its own. A lot of my decor and centerpieces were handmade including my dress which I designed,” Julienne said. 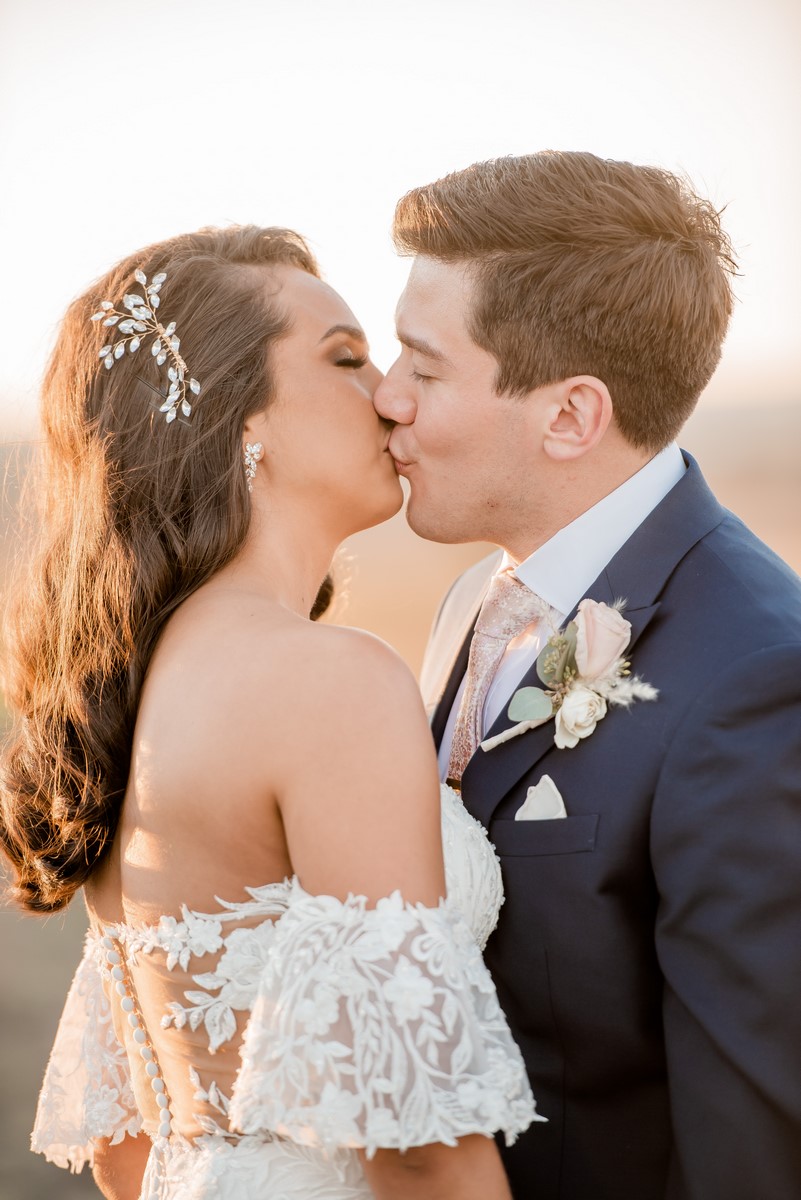 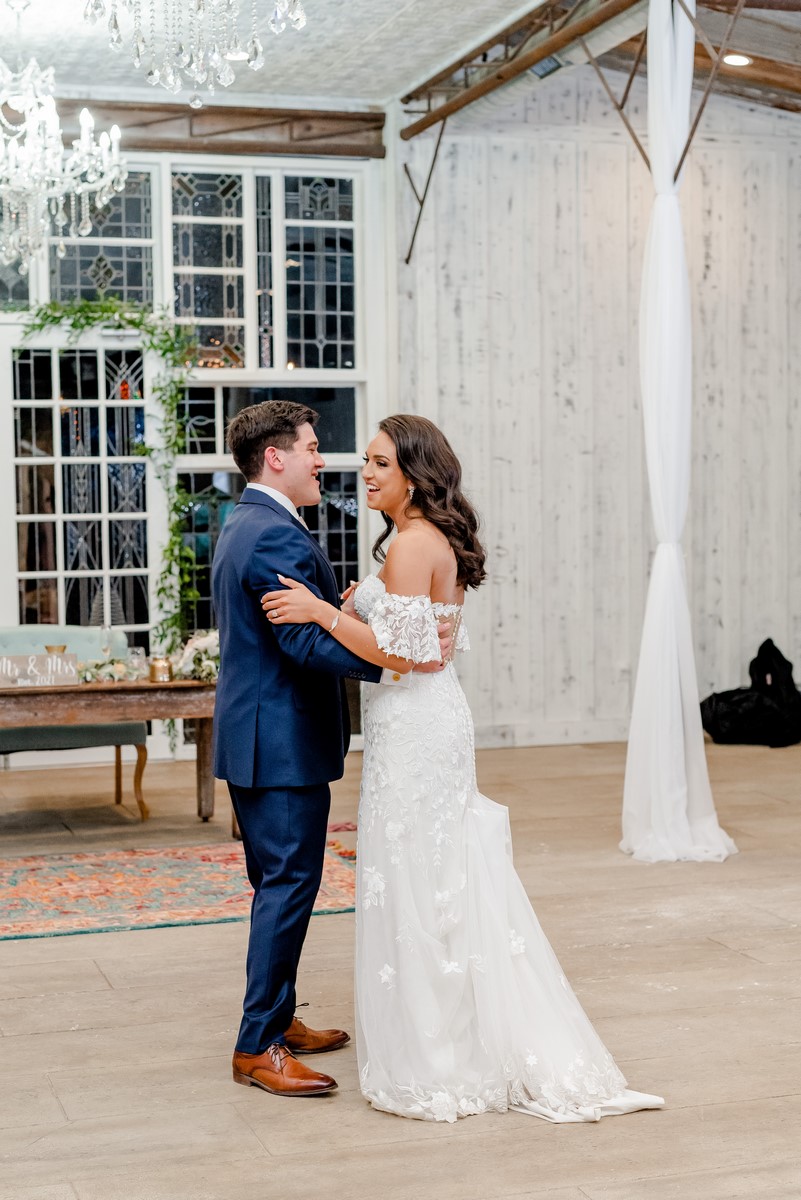