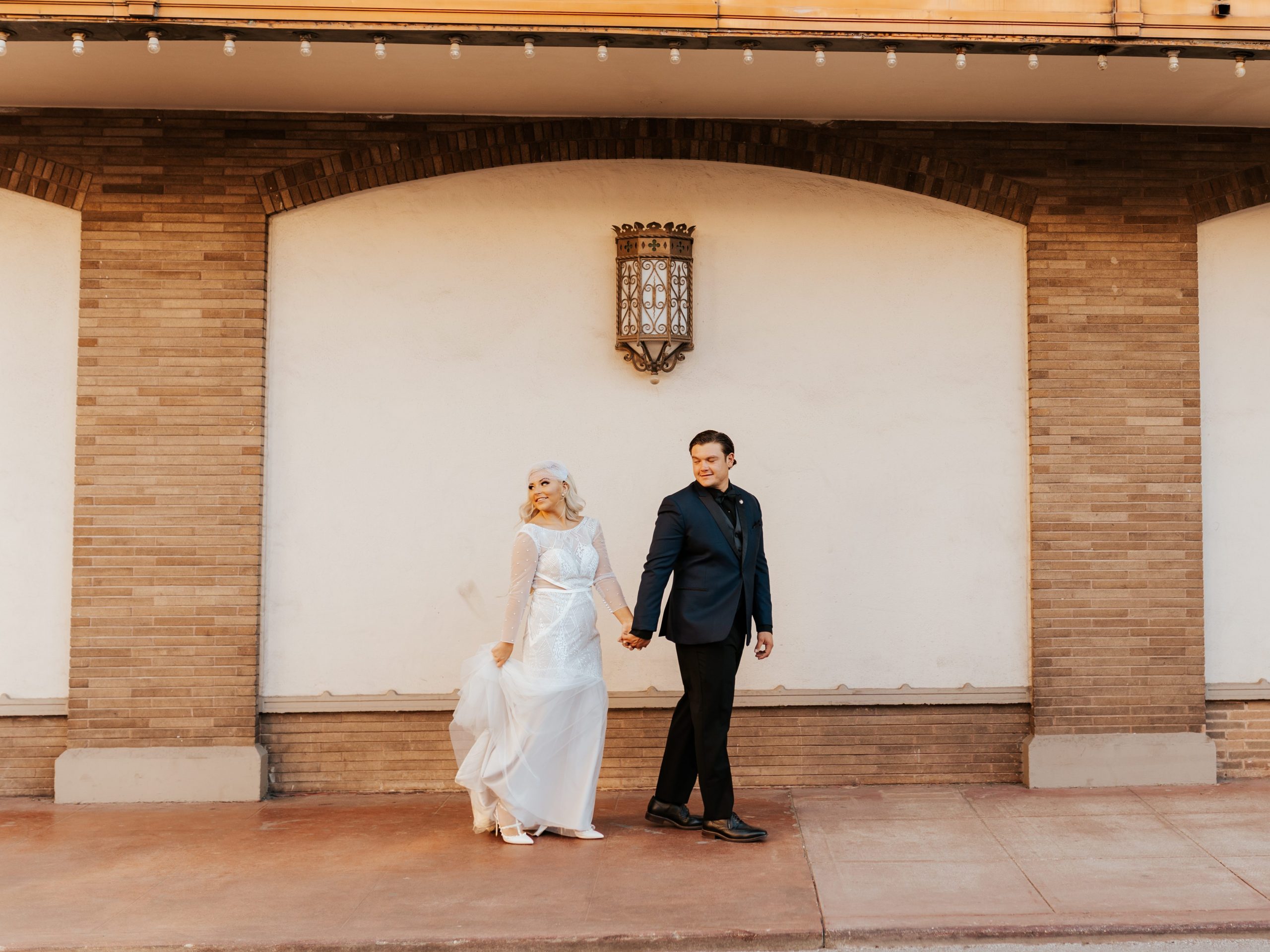 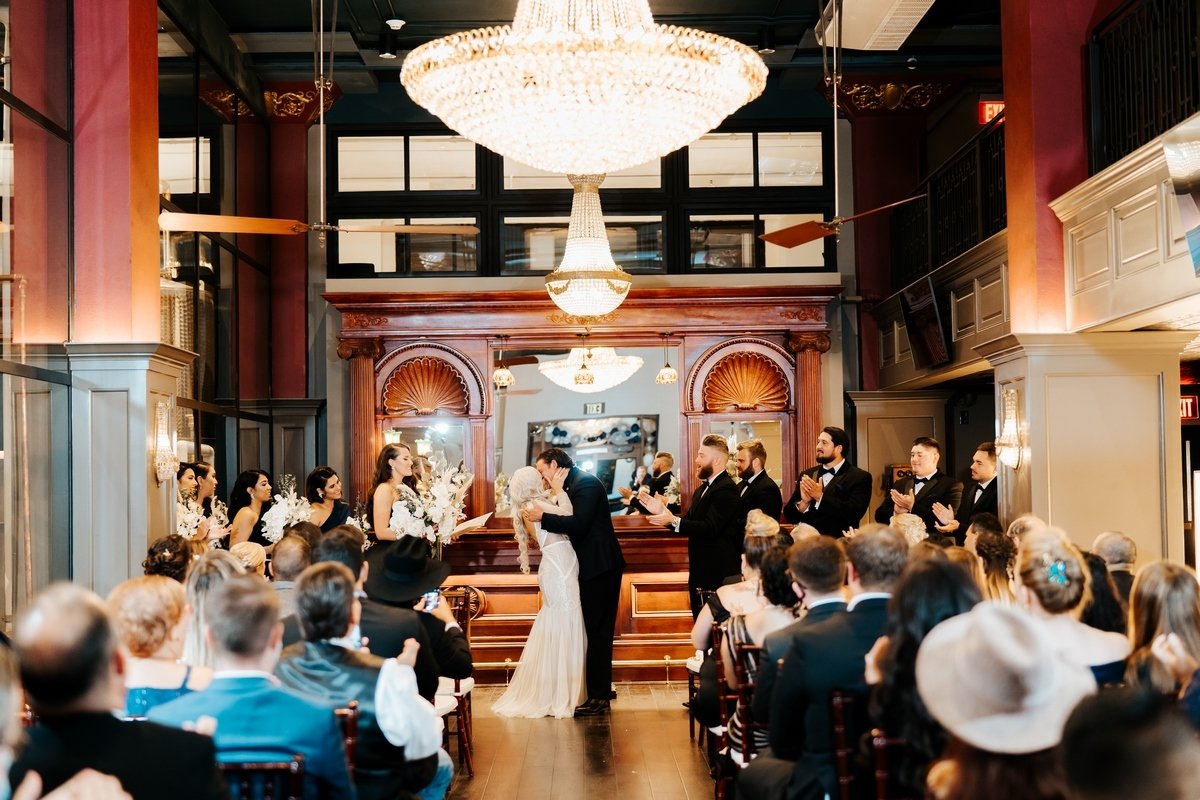 Jonny and Gabby met through a mutual friend of theirs back in 2014. While Jonny knew he wanted to be with Gabby, it took Gabby a bit longer to feel the same. In fact, Gabby said no the first time Jonny asked her out on a date. Obviously, the no turned into a yes and now, almost seven years later, they are standing side by side sharing the same last name.

Jonny planned a fancy dinner date night for the two of them at Brasao Steakhouse. The two of them enjoyed their romantic dinner date, both dressed to the nines. After they ate, Jonny said he wanted to take a photo. While he pretended to drop his keys, he ended up on one knee and asked Gabby to spend forever with him. Of course she said yes, and it turned out that the photo was actually a video. 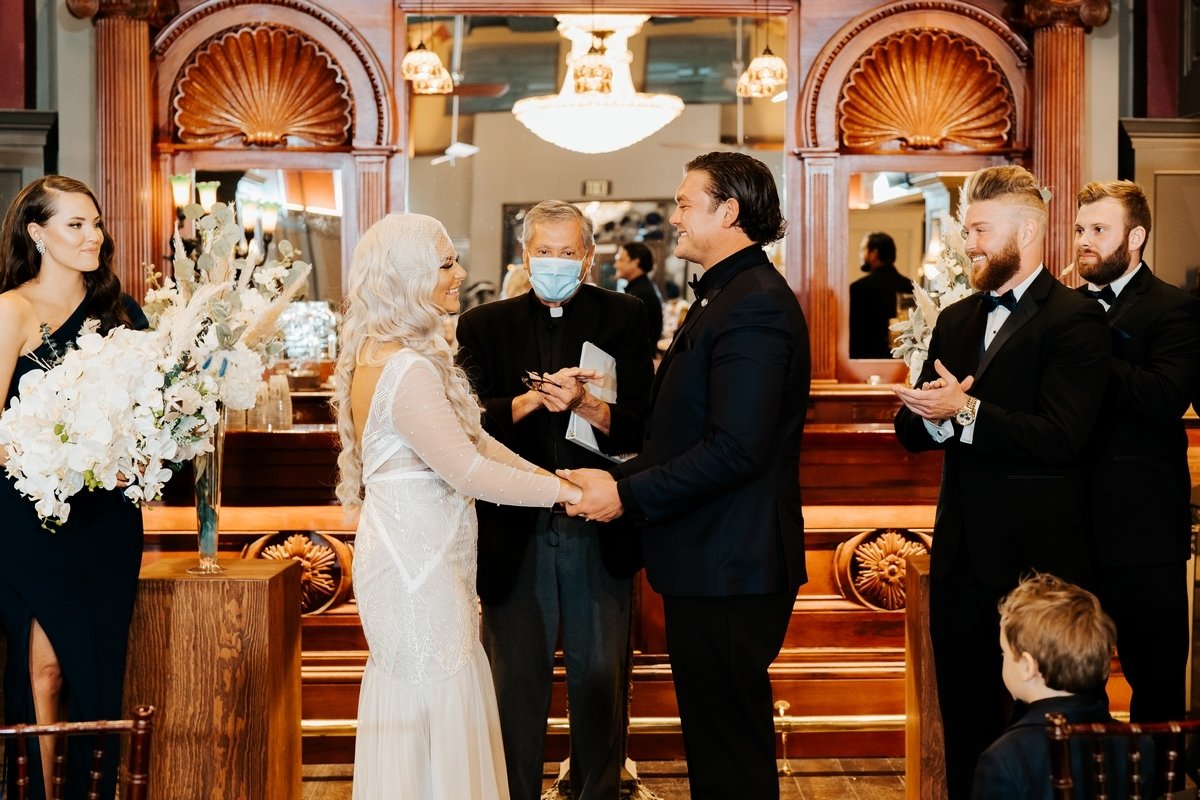 Gabby has always had a love for the book and movie, The Great Gatsby, hence her IG handle (@the_great_gabzby). Since her teenage years she had dreamt of having a 1920’s Art Deco style wedding, but with a modern twist. Her love for all things vintage really sealed the deal on this theme, and of course Jonny was on board as well.

The most unique element they loved about their wedding was their handmade marquee letters. These weren’t your average marquee letters either. These letters were literally the size of a human and were all handmade by Jonny once they realized that they couldn’t find the words “Mr. and Mrs.” anywhere else. It wasn’t easy, but it was definitely worth it and the couple even plans on potentially creating more to rent to out for other couples big days. 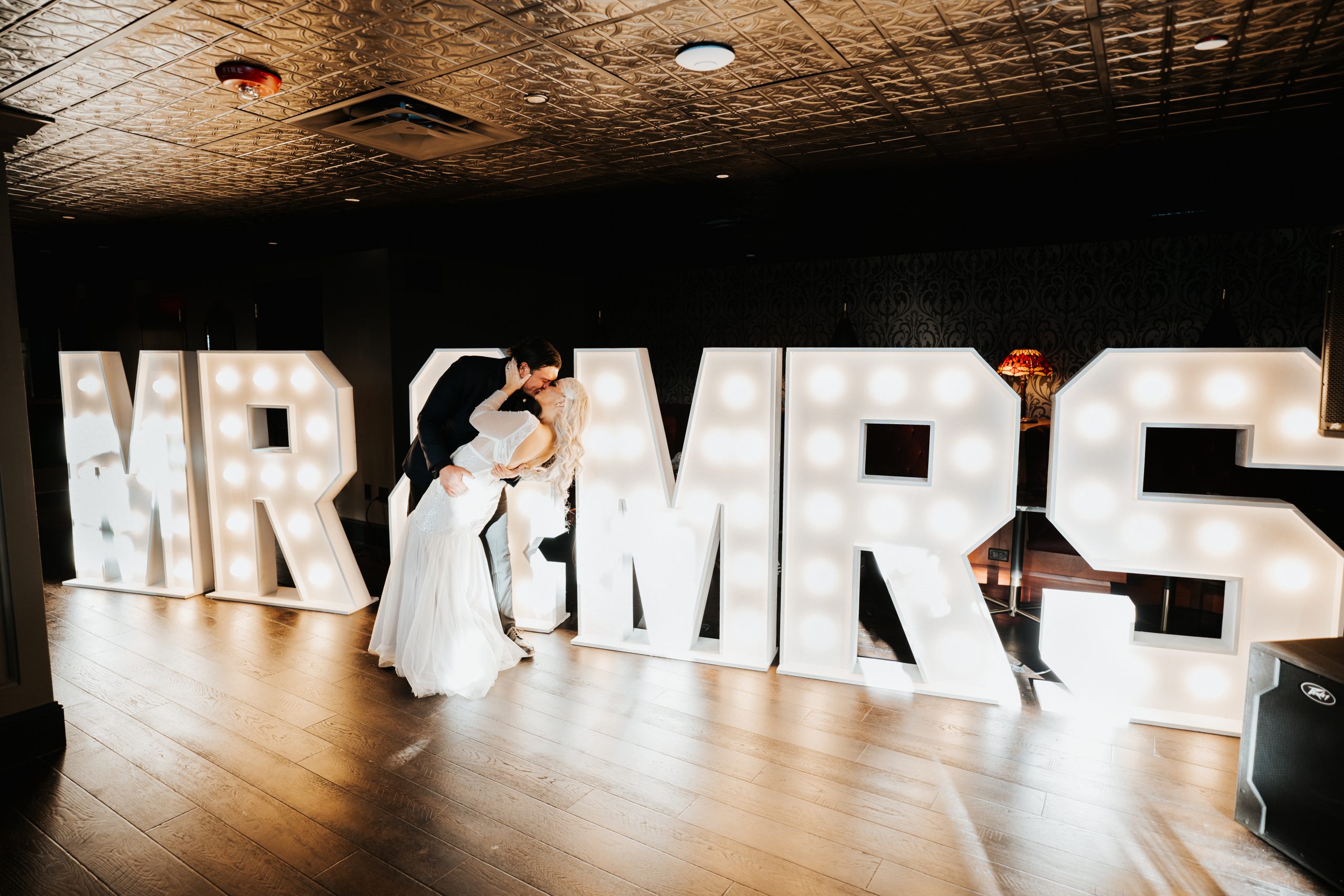 Due to the timing of everything, Gabby and Jonny were forced to change a lot of their original plans. Luckily they were able to find a new venue and catering team that would make their wedding dreams come true. With those two vendors taken care of, their stress levels decreased significantly. The rest of the vendor team consisted of local favorites that the bride found through resources such as SanAntonioWeddings.com and instagram.

“My advice is don’t sweat the small stuff! You won’t remember! The day is for you as a couple and that’s all that matters! We had many bumps in the road with venues cancelling and being able to obtain certain decor but the day still ended up magical!”- Gabby 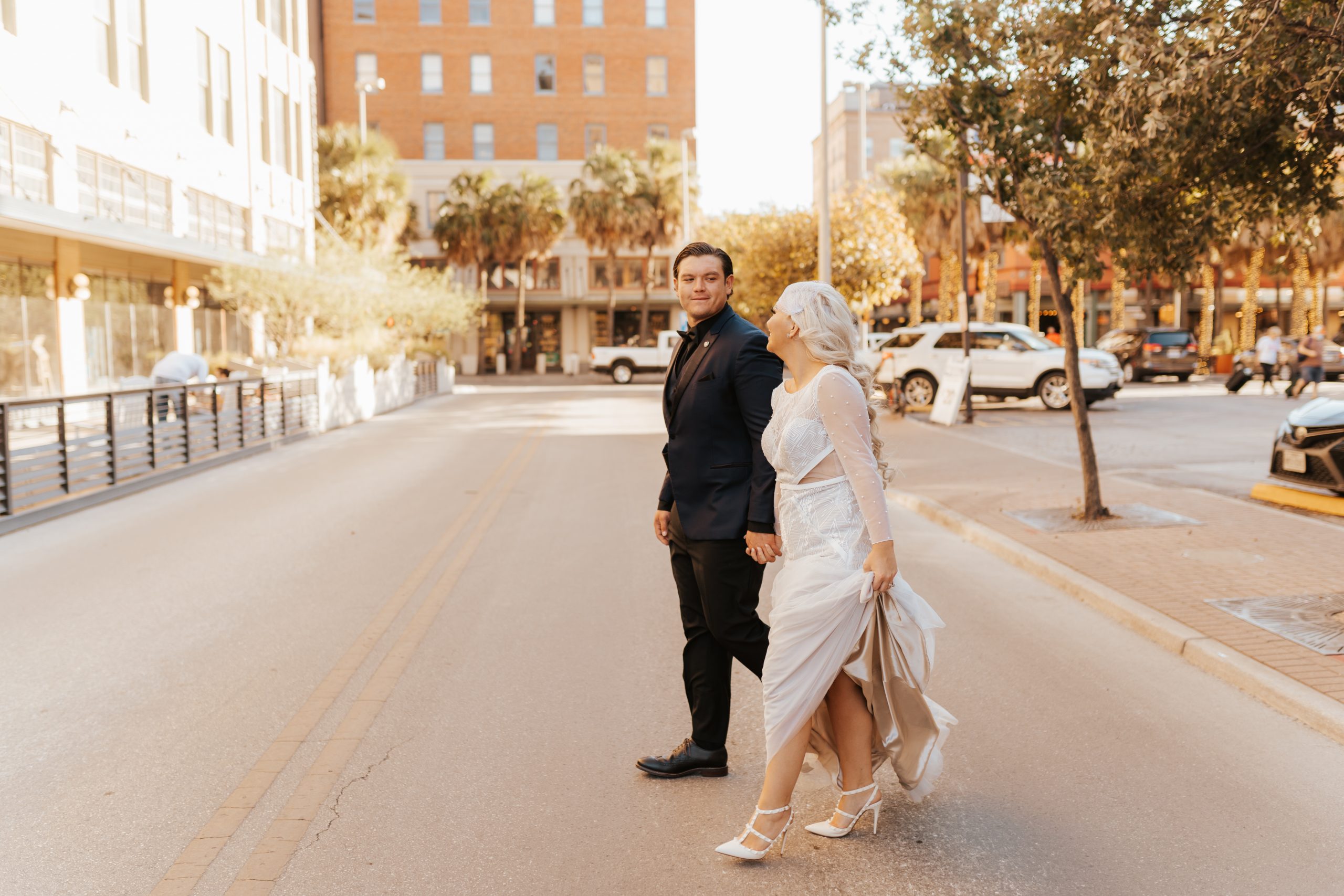 https://bridalbuzz.link/GatsbyWedding
View Our Wedding Story Gallery
VIEW ALL
← Previous Next →