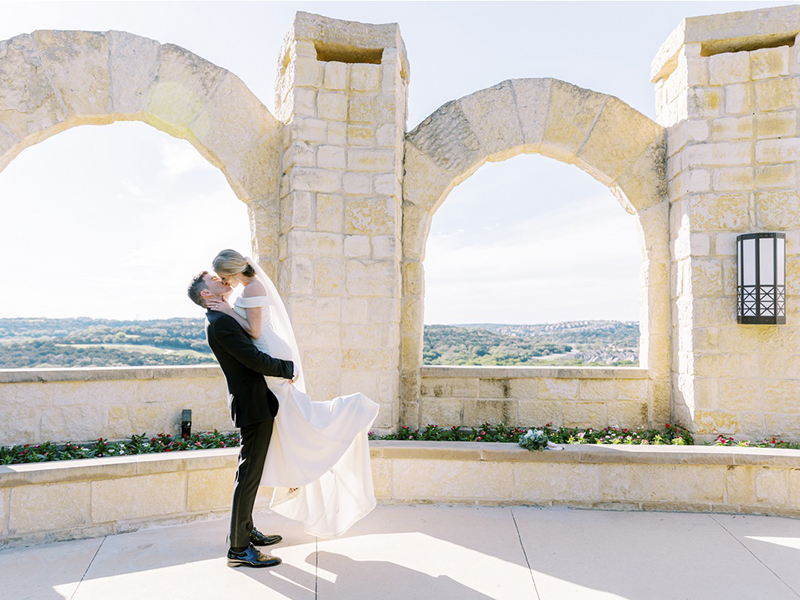 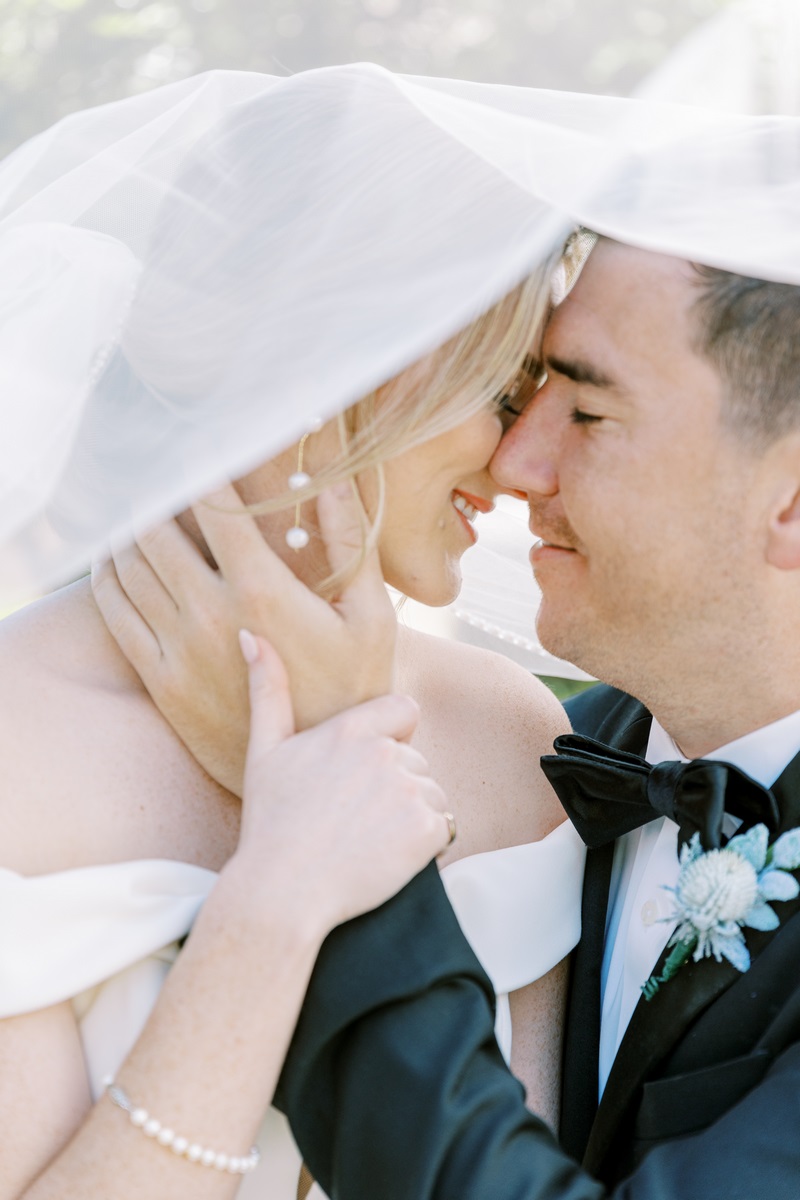 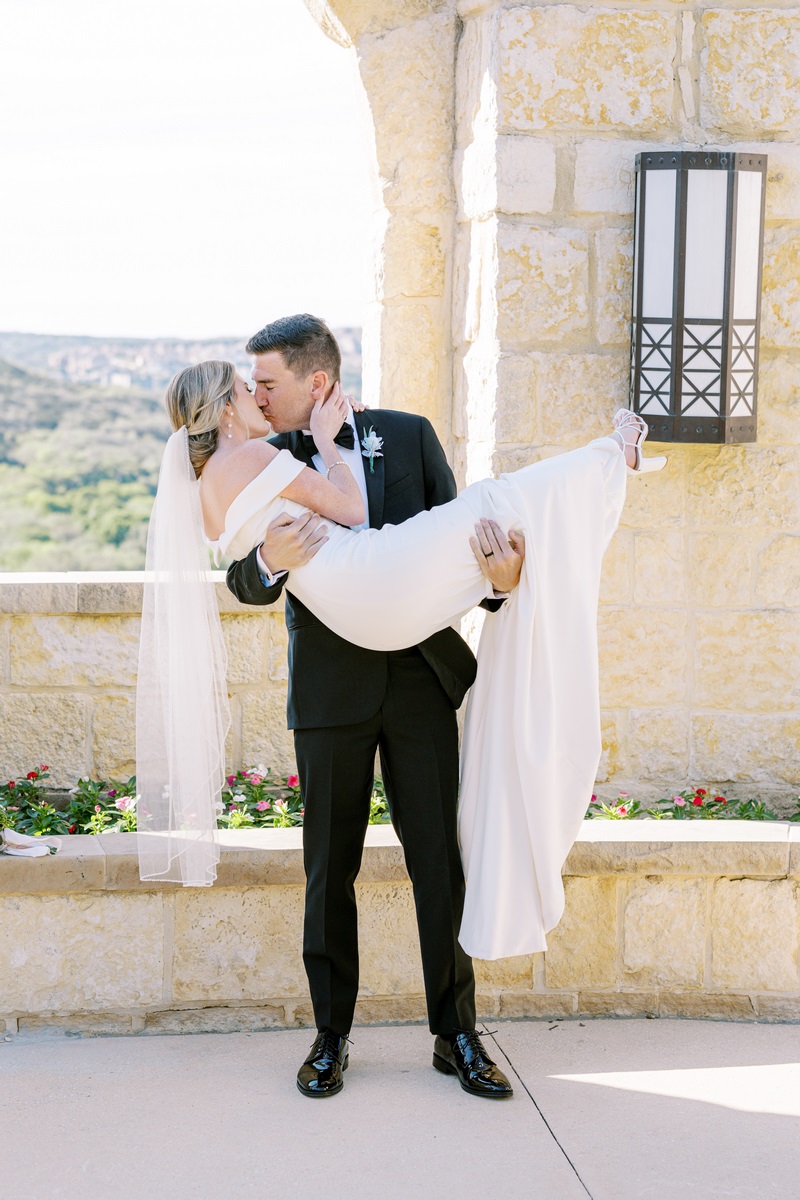 Elissa and Dan’s love story began in Denver, CO, where they worked for the same company, in the office kitchen. Despite working together, they said just a few words to each other. Elissa thought those few words would be the end of their interactions, considering it was a fairly large company.

The same night, Elissa received a surprise Instagram message from a Daniel August, whom she later connected the dots to be the same guy from the kitchen earlier in the day. Daniel asked her out, to which Elissa said no. That didn’t stop him from trying, he asked again.

The next time he asked, Elissa who was relatively new to Denver, thought a new friend wouldn’t be so bad and said yes. The two’s relationship turned into a little more than friendship.

Dan and Elissa were visiting Dan’s family in Illinois, and Dan’s mom asker her if she’d like to get her nails done. Once they returned, Elissa was ushered outside, still her in pedicure slippers, to see Dan standing in the backyard filled with candles and white lights.

“His parents has spent all day setting up while I was oblivious in the basement working,” Elissa said.

Once in the backyard, the couple’s favorite song came on, “Can’t You See” by Marshall Tucker Band. Dan asked Elissa to come over to him to dance.

As the two danced, Elissa looked around to see those who would soon be her new family coming outside. She could hear her mom crying on FaceTime.

“Having a family celebrating and having my mom there when she couldn’t actually be there made everything even more special than I could’ve asked for,” she said. 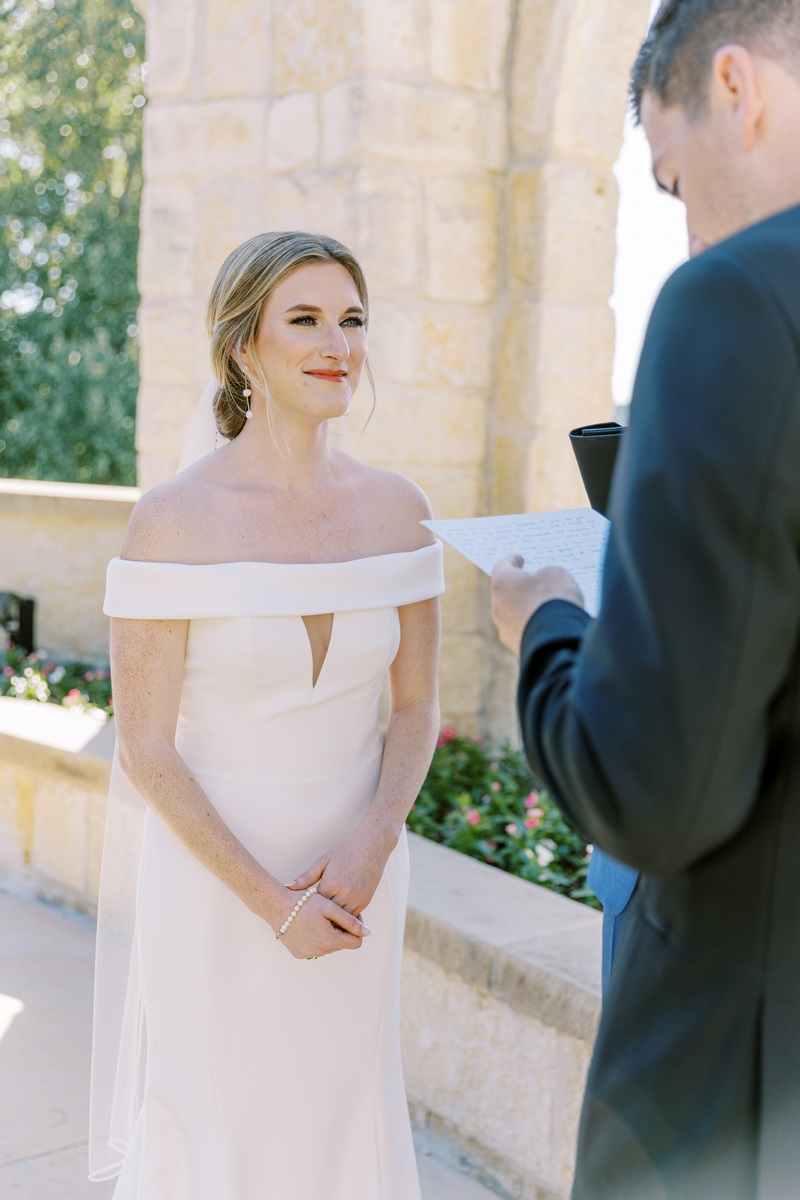 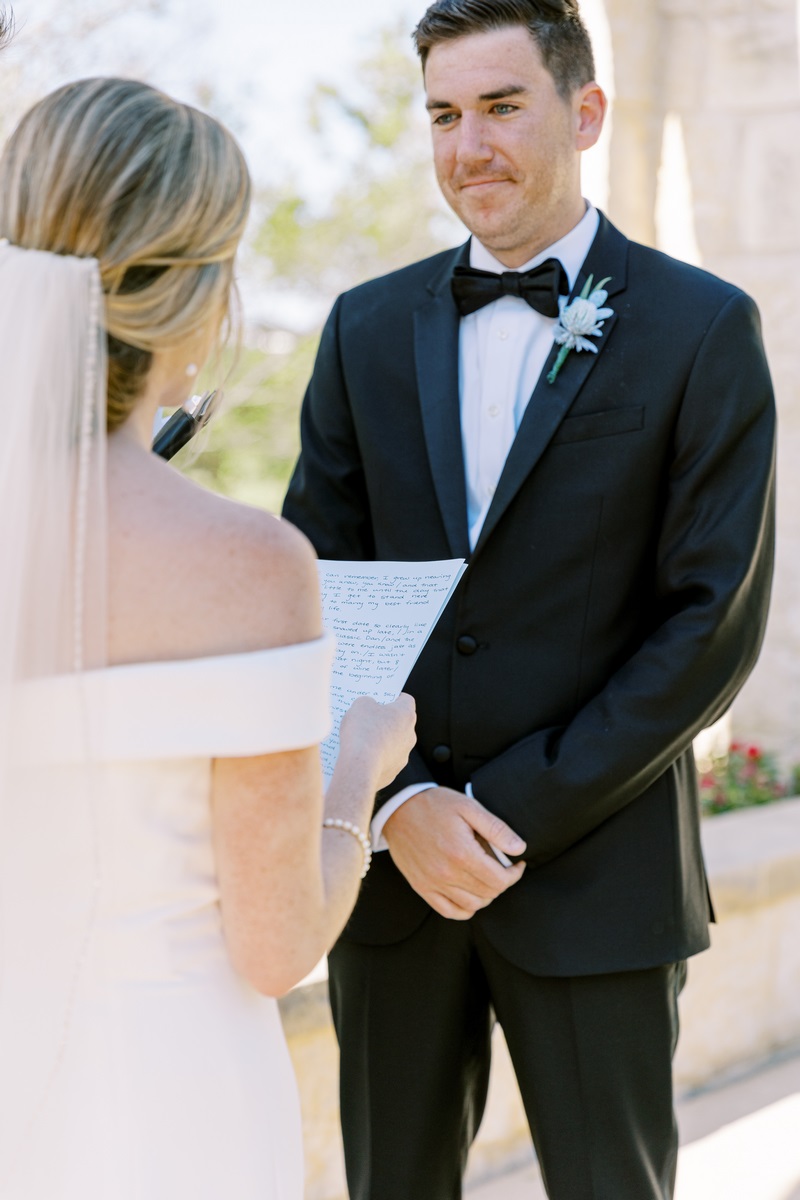 Dan and Elissa love the beauty in simplicity and wanted that for their wedding.

“We wanted black and white and nature because we didn’t wanted anything to take away from the beauty of the day and the natural scenery of the resort,” she said.

“We choose our photographer because Willow had an amazing eye for a natural airy look and that is exactly was we were going for,” Elissa said.

The couple chose the venue, La Cantera resort and Spa, as it was the perfect spot for them to have a weekend wedding with just their immediate families. Plus, the view is beautiful.

“We still have not stopped saying that every aspect of our wedding went exactly how we wanted it to go.” she said. “From the weather to the décor, staff, food and alcohol. We couldn’t have asked for anything more.”

“Some of the unique aspects was that prior to the wedding day,” Elissa said, “we had a whole wedding weekend making both of our families feel like best friends by the time the wedding day arrived.”

“Trust your gut and go with what is going to make you happy, but at the end of the day if your marrying the right person everything you pick will be the right decision,”
Elissa said. “San Antonio has so many unique views that the rear of Texas doesn’t so I would take advantage of that as much as you can!”