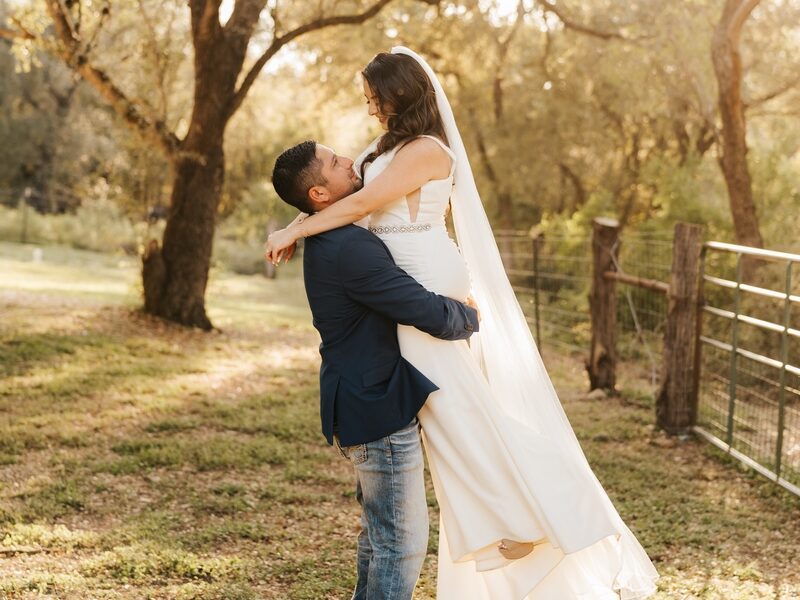 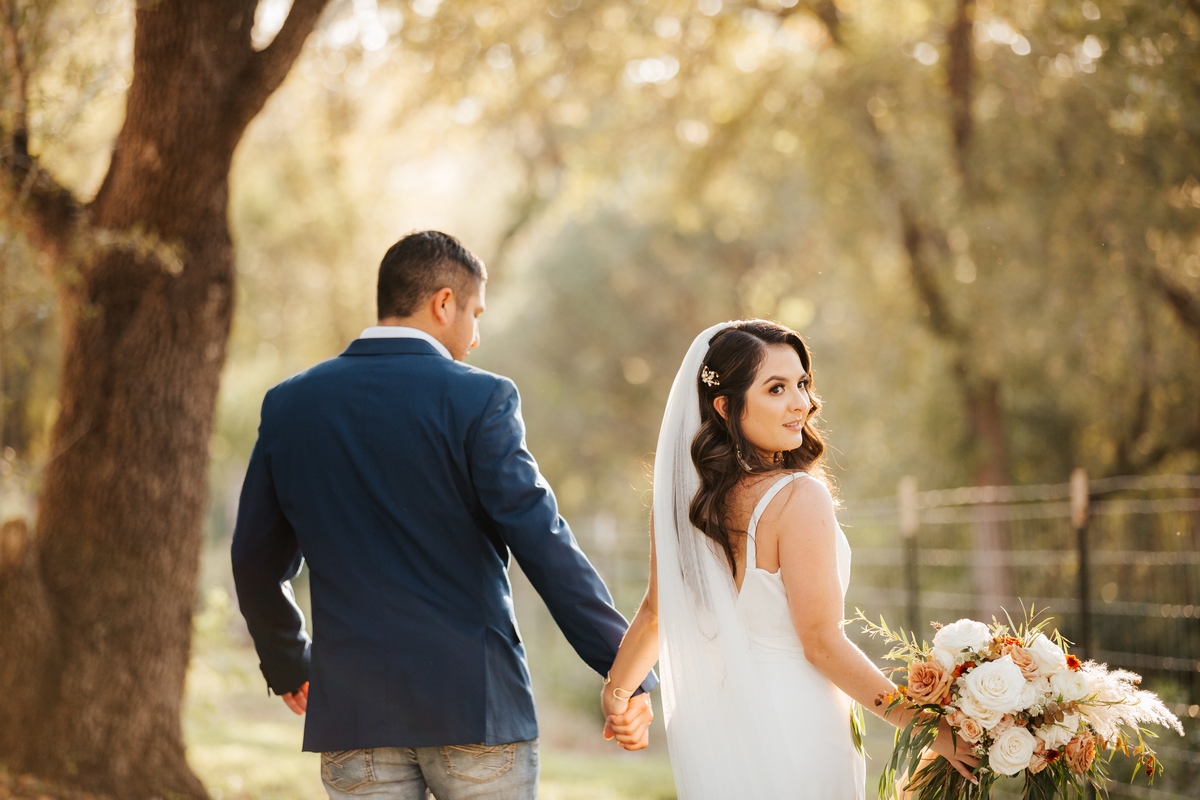 Anna and Mike’s story might not be considered a “crazy” one, but it is definitely a love at first sight one. Their forbidden office romance turned into a fairy tale and it all began with a mutually shared love for nature and dogs. 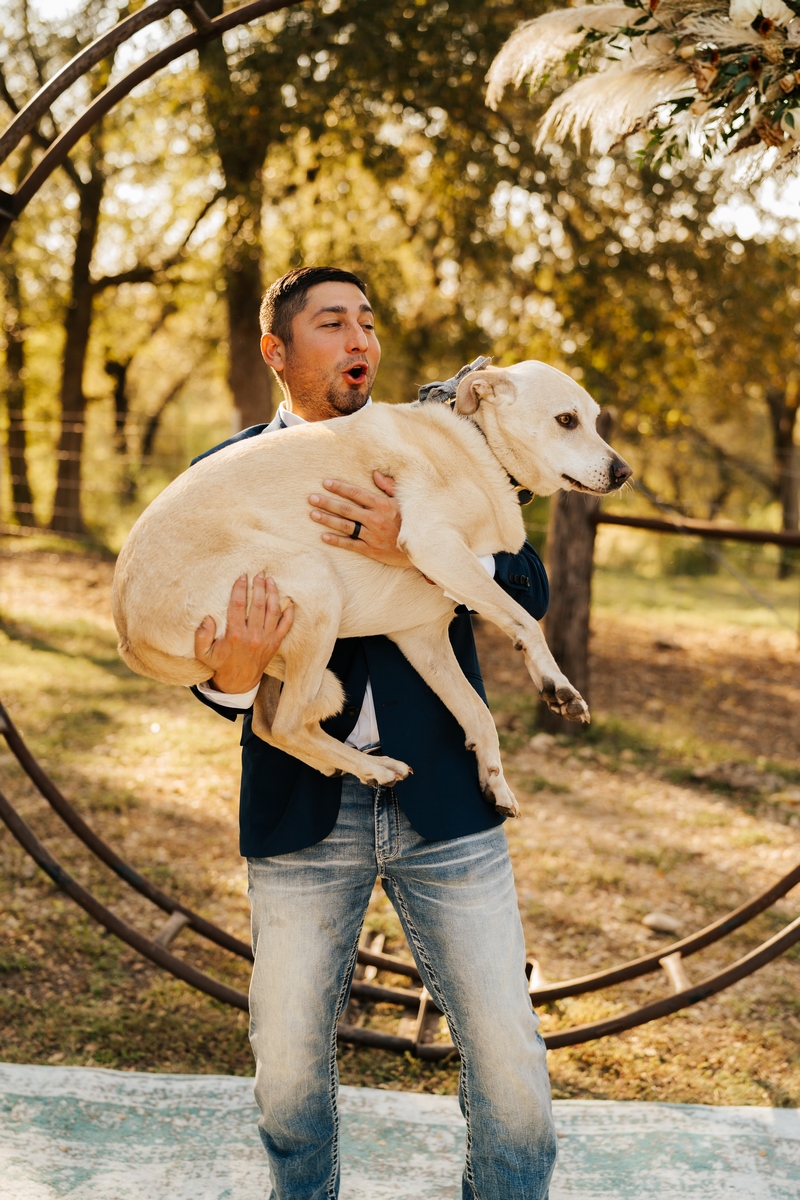 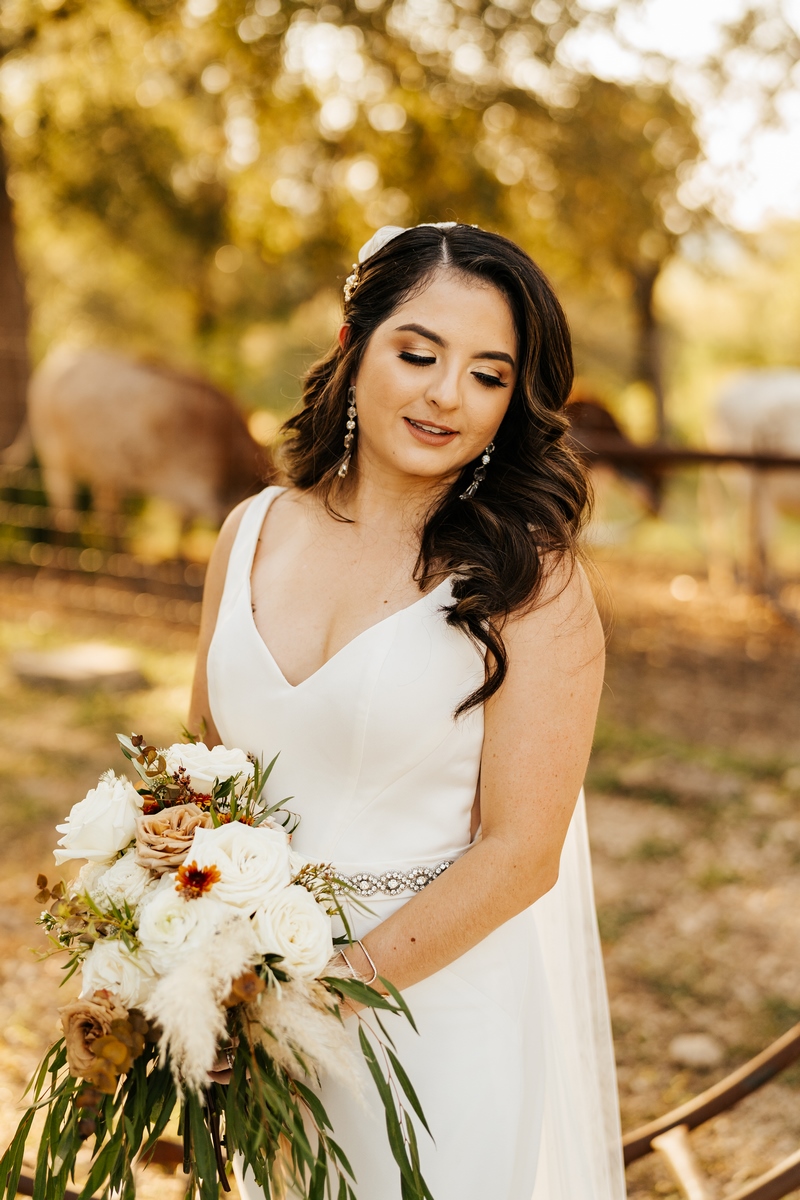 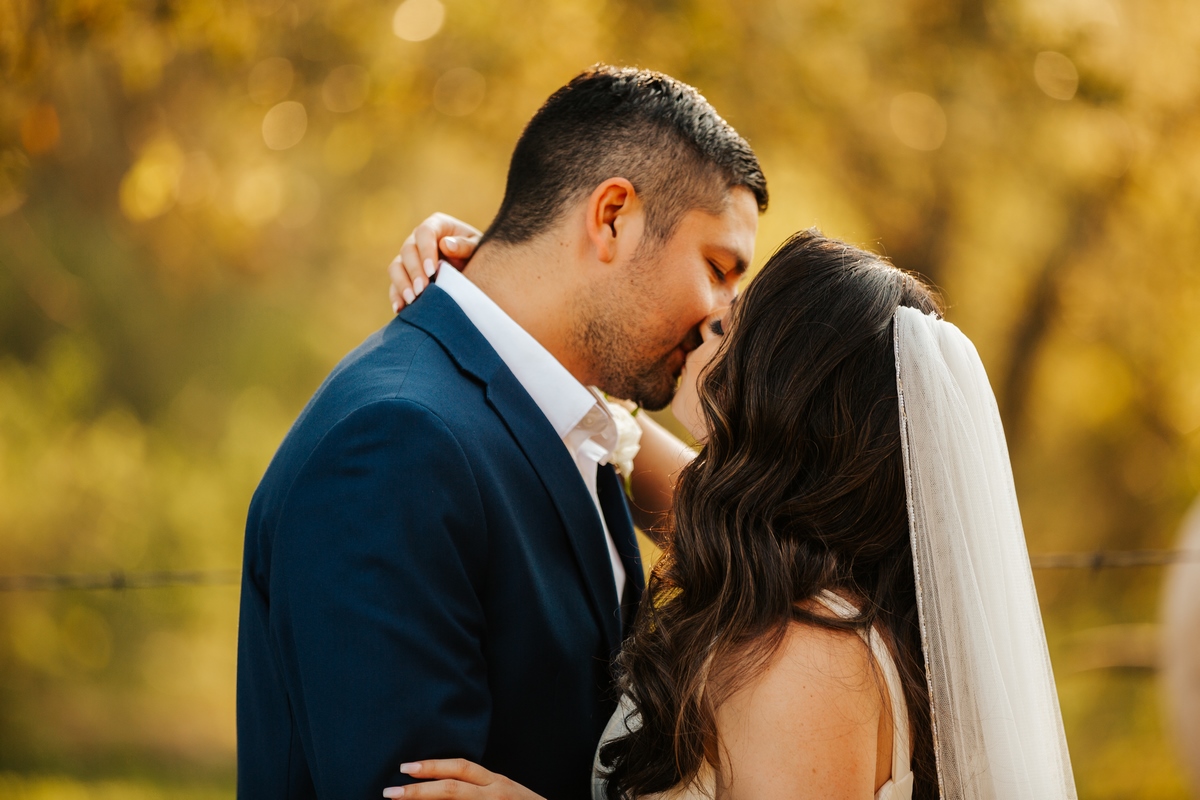 As a complete surprise to Anna, Mike went above and beyond for his proposal. After a victorious home game for the Dallas Cowboys, energy was high and thousands of fans were outside the stadium celebrating with a band. As Anna and Mike made their way out of the stadium, the lead singer of the band called out to Mike and handed him the mic. Everyone cheered as Mike got down on one knee to ask Anna to be his wife, and of course- she said yes! 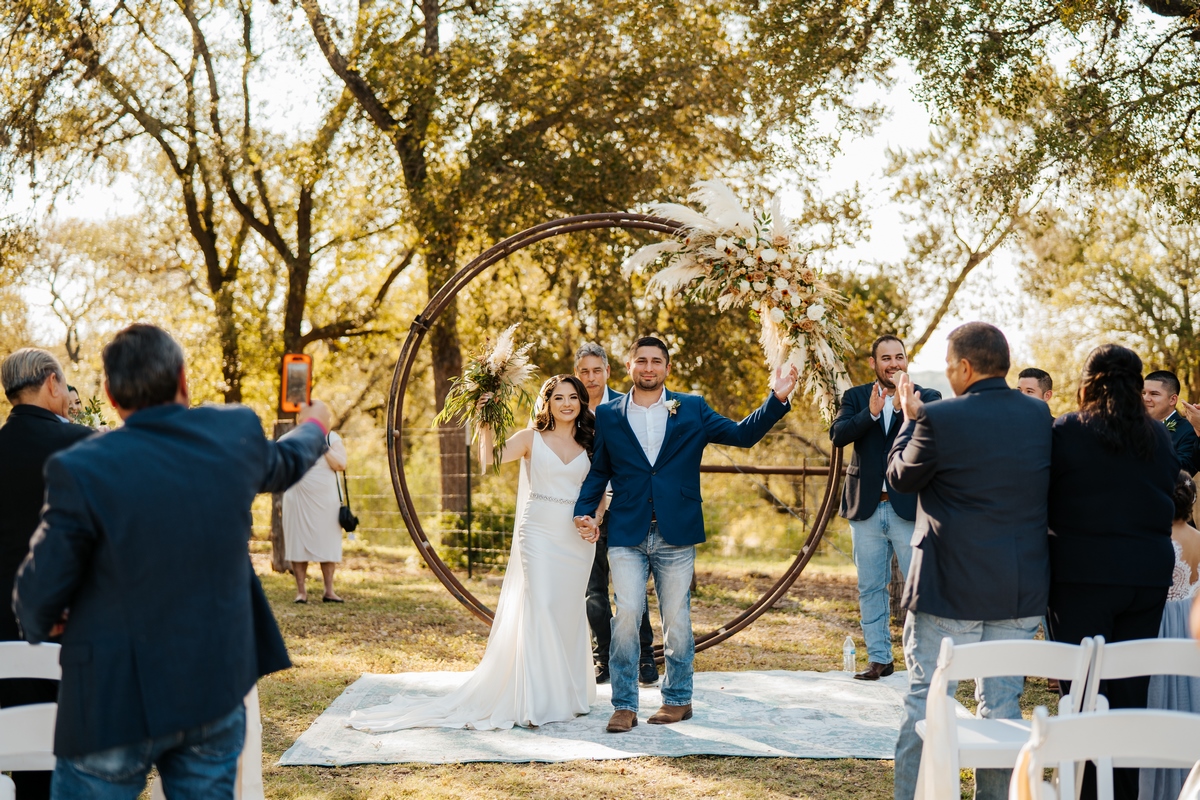 This couple really wanted their wedding to reflect who they were as a partnership and what they loved to do. Nature and dogs were at the forefront of that planning process, and they made sure to incorporate both of those elements into their elegant-boho inspired decor decisions. Wood, pampas, and simplicity all lended to the natural aesthetic that this couple really wanted to ring home. 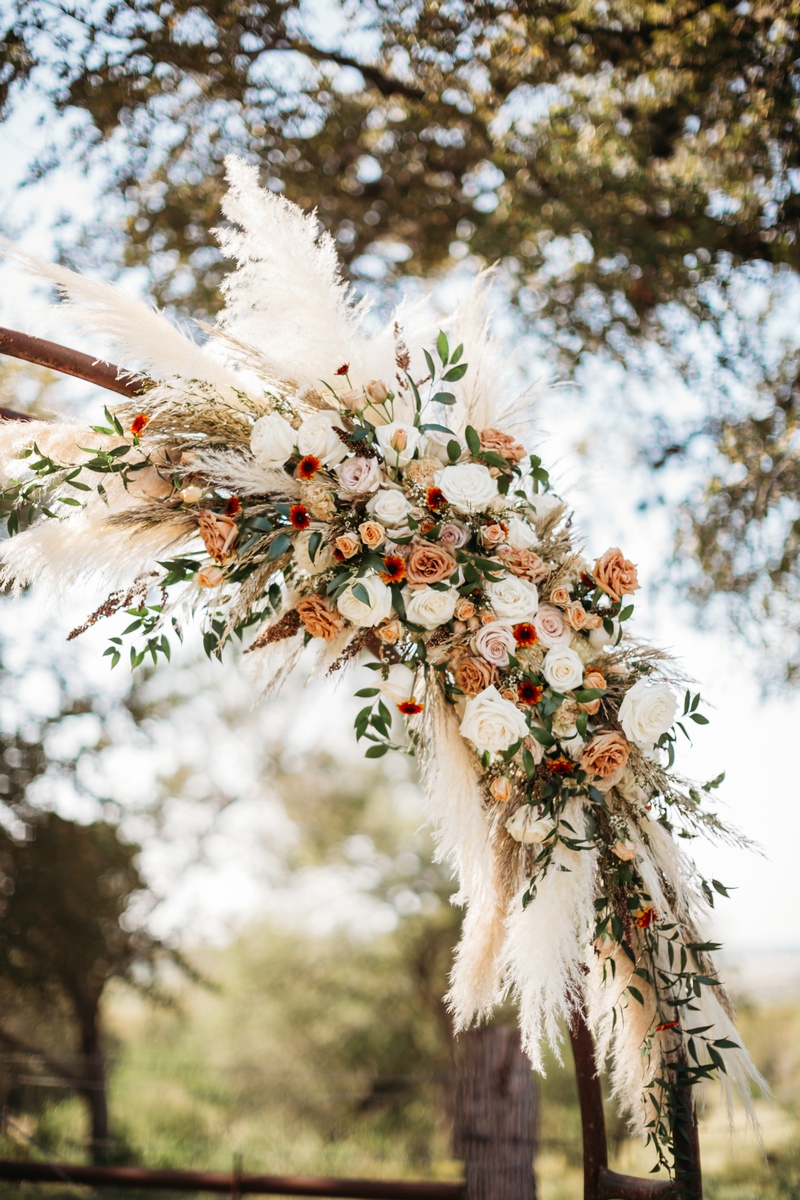 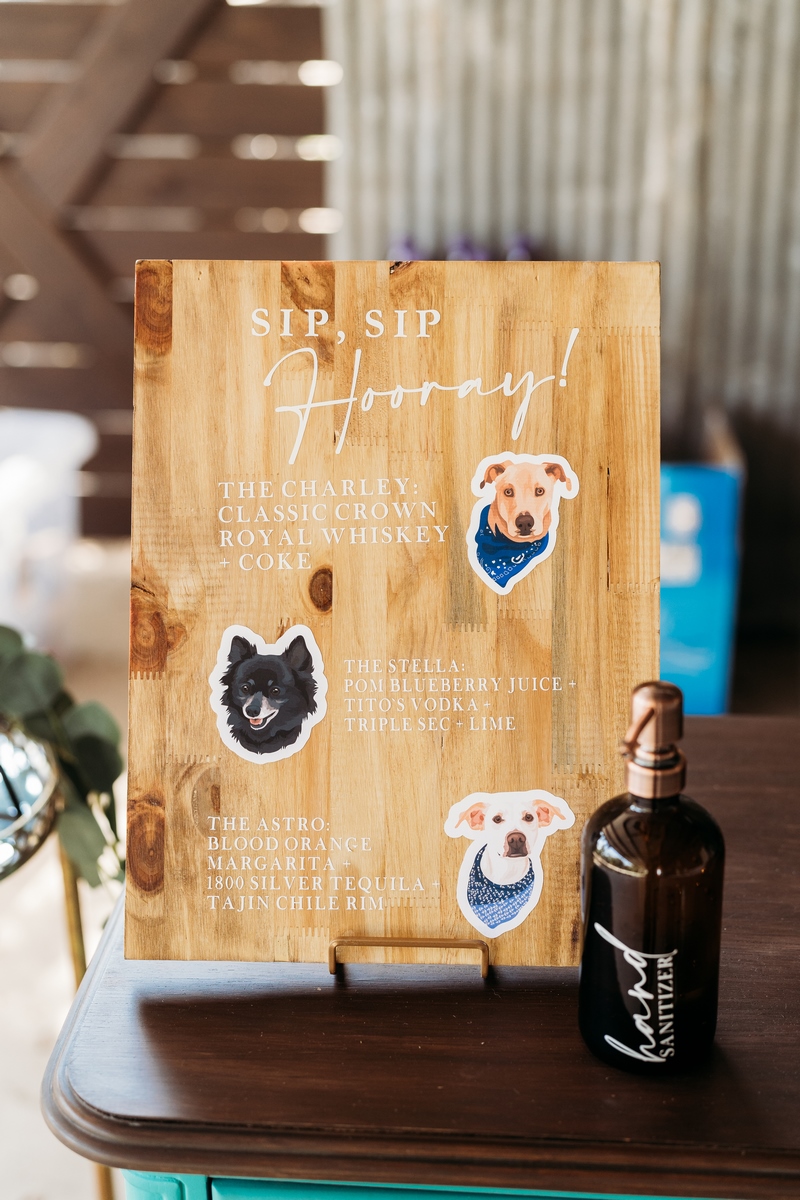 Part of the beauty of Harper Hill Ranch as a wedding venue is the fact that it can also host 27 people overnight at their farmhouse. This made it such a unique experience for Anna and Mike to be able to make their wedding day turn into a wedding weekend! Not only that, but to be able to allow their guests to feed the llamas, longhorns, and donkeys on site was an absolute pleasure for this couple. Anna also handled all decor and calligraphy on her own, which is not an easy task, but it allowed her the opportunity to really portray the personality that her and Mike have. 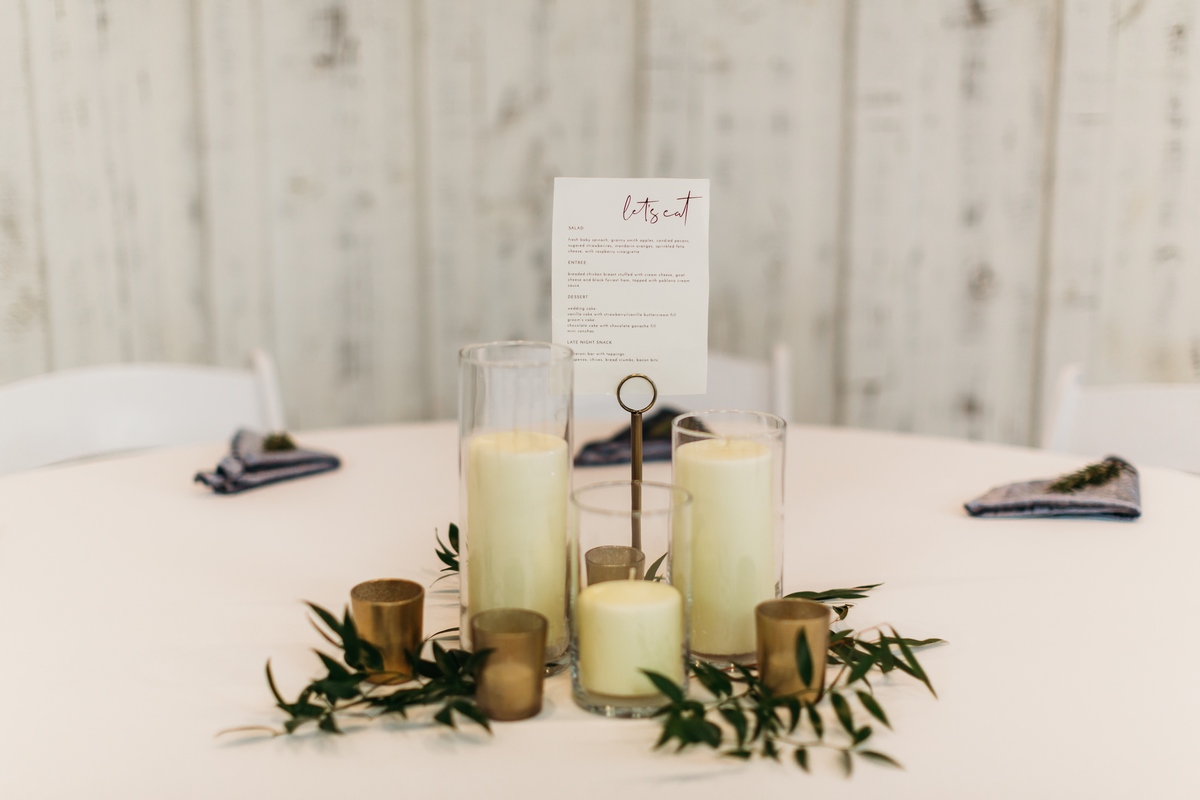 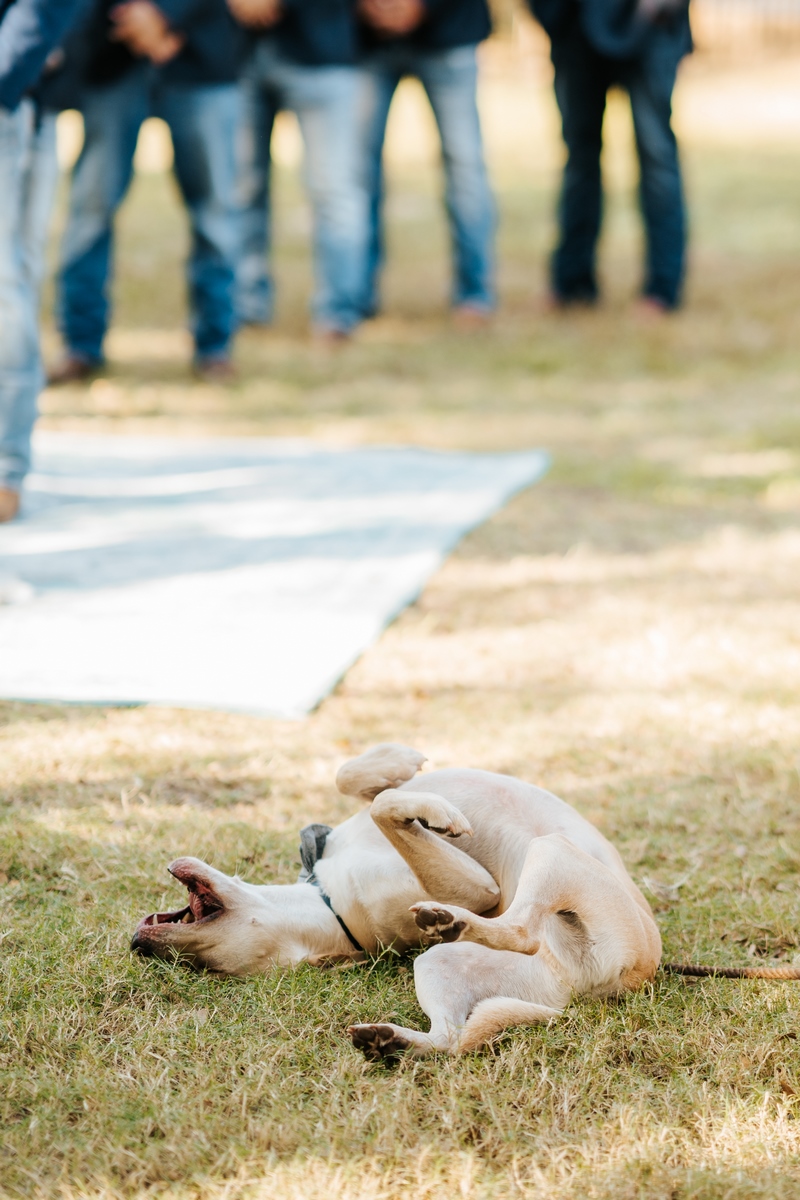 “Hire my vendors! Just kidding… sort of. Really soak up your wedding day and don’t get hung up on things you can’t control. Cherish each moment ’cause the day goes by in a blink of an eye.”- Anna & Mike