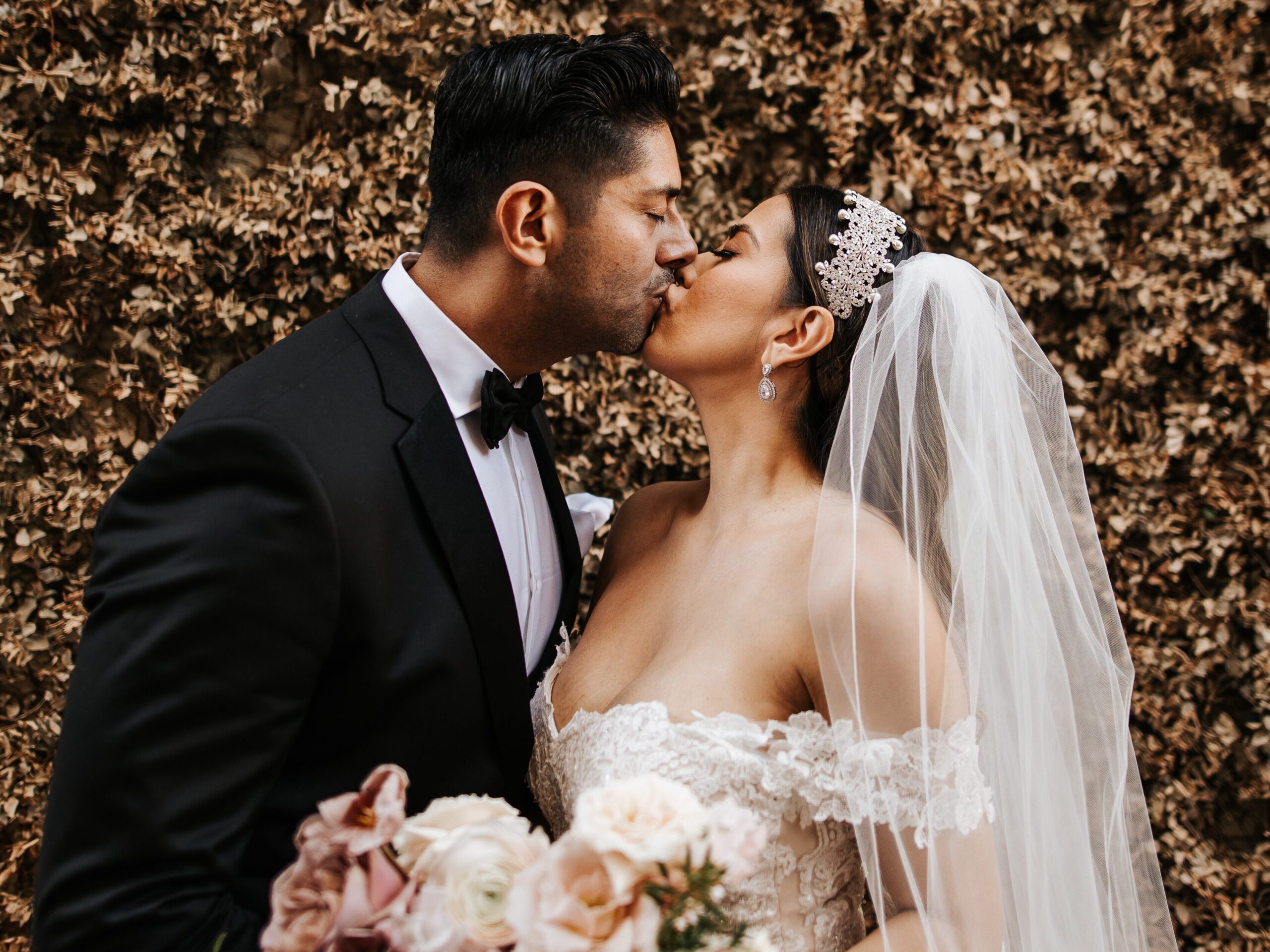 A Love Worth Waiting For 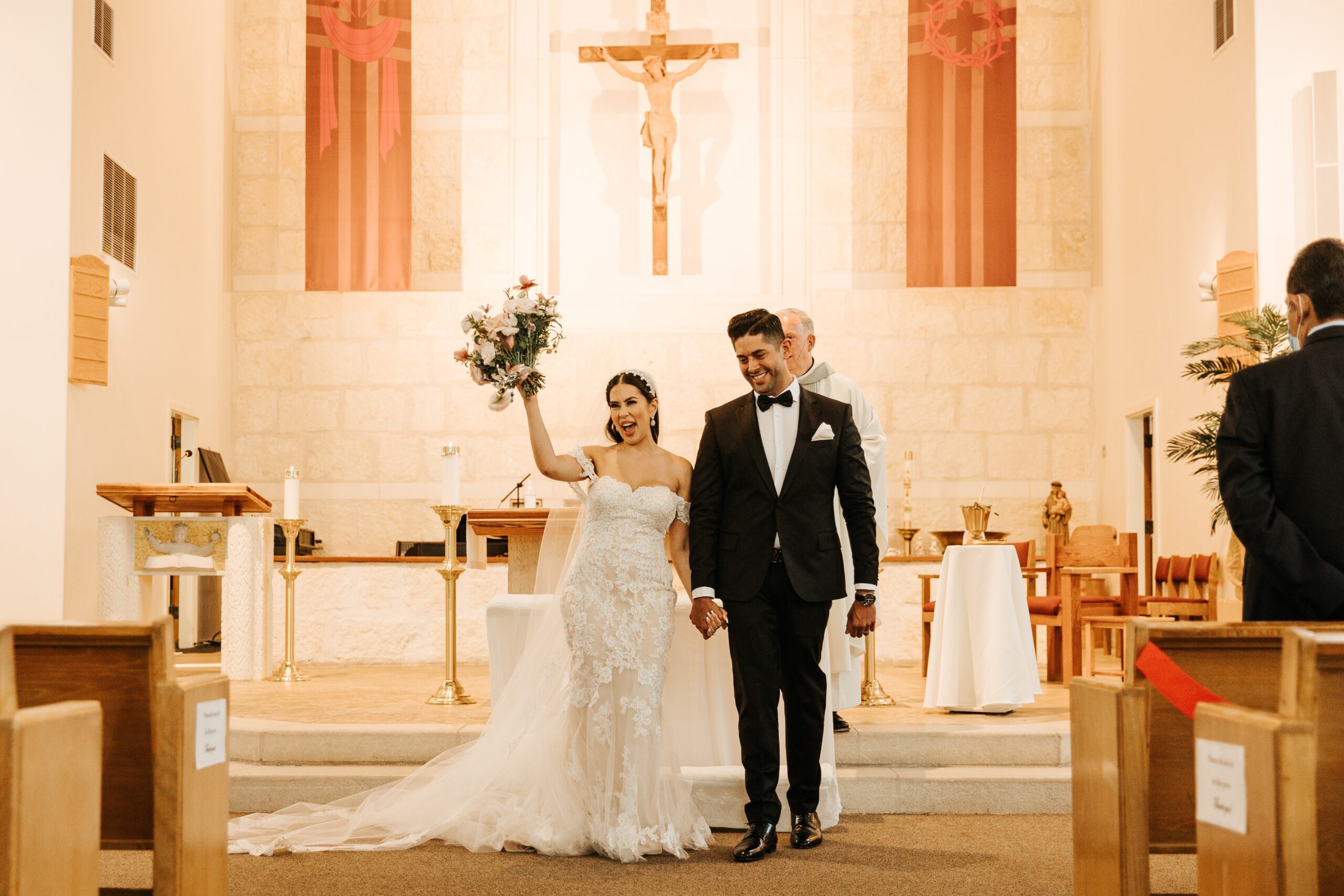 James and Alma’s story first began in 2007 in the hallways of San Antonio College. James says,

“I noticed Alma immediately, I mean how couldn’t I? She was the most beautiful person I’d ever seen. Much to my chagrin, it was harder to talk to her than I imagined. One because I was nervous, and also because she had quite a few high school friends who were in this course as well, but I played it “cool” and eventually found a way to speak to her. Needless to say from that day on I sat as close to her as I could.”

As the semester progressed, he eventually gained the courage to ask her on a date and they went to dinner at the Tower of the Americas. As time passed, they remained friends rather than lovers, and contact ranged; sometimes more distant, sometimes closer, and sometimes not at all. In 2013, the two reconnected again but this time, it felt different and their friendship began to blossom into a relationship. Since then, the happy couple has shared countless laughs, memories, and adventures.

The proposal happened in one of Alma’s favorite cities: Dallas – Downtown Dallas to be exact! James planned an entire weekend to celebrate their dating anniversary, starting with their stay at the Omni Hotel! When first arriving at their suite (which had an amazing panoramic view of the city), Alma was greeted with champagne, strawberries, and flowers. One night, James suggested grabbing a drink at The Reunion Tower where he had photographers hiding in plain sight and waiting to capture the big moment! After going upstairs to the observatory deck, he spotted the photographers and dropped down to one knee and the cameras began flashing. Alma was emotional and totally surprised and said yes! The two took more photos and then proceeded with the evening with dinner at Nick and Sam’s and a night out on the town as a newly engaged couple! 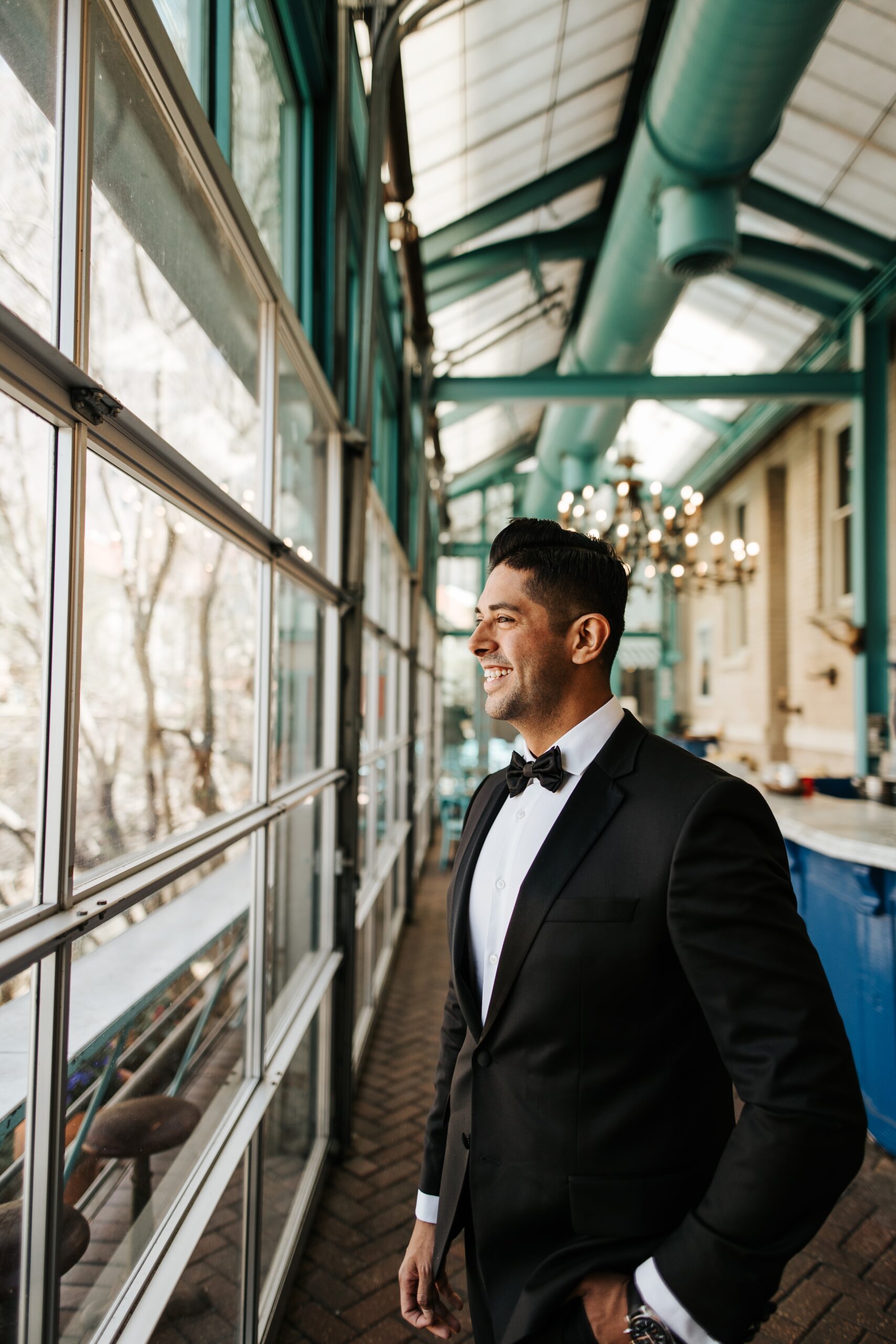 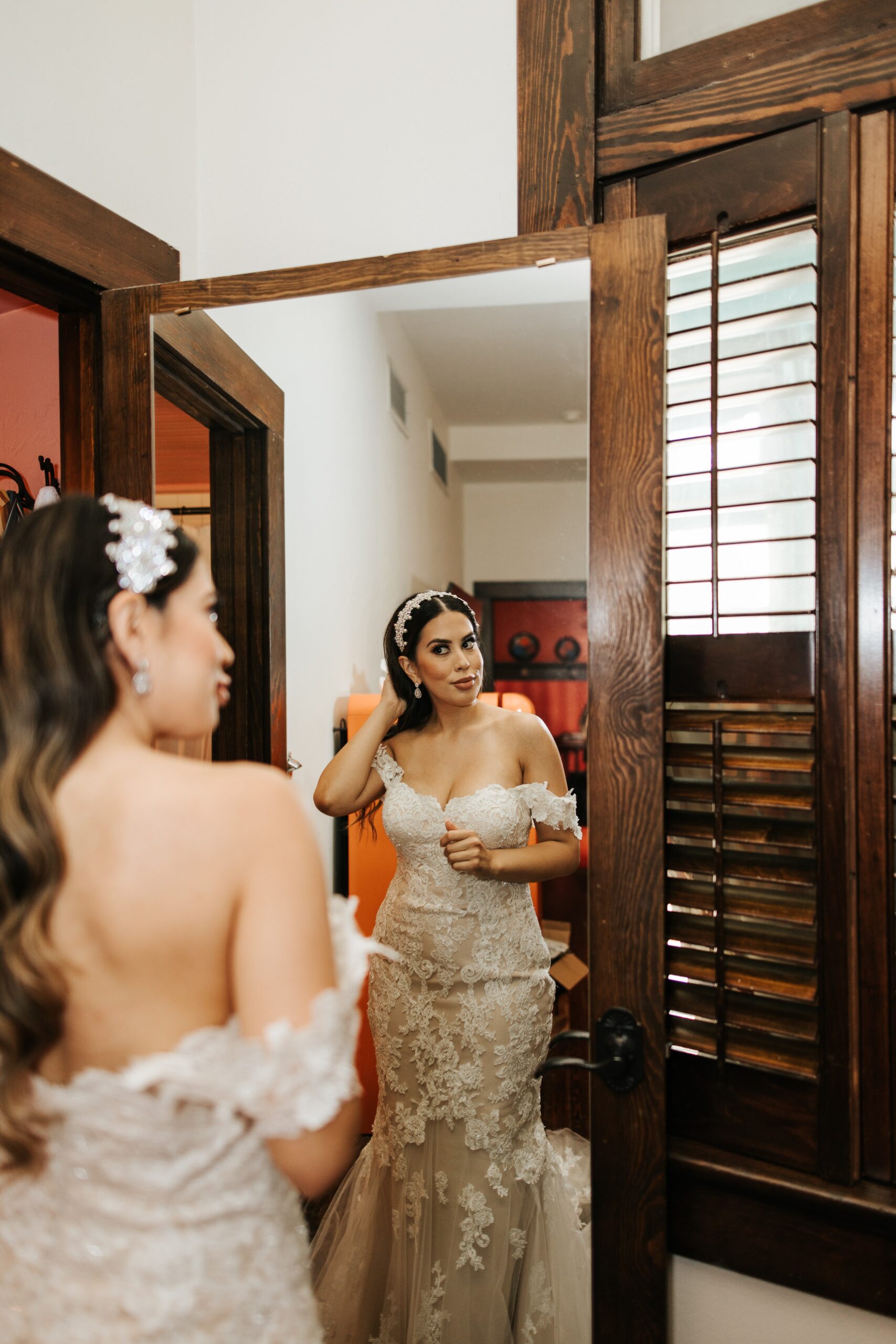 The two didn’t have a specific theme in mind but wanted a vintage look with a dash of modern from the hotel, to the venue, and even the cigar bar!

“Our vendors were something that was dear to us. Our photographer has been a part of us since 2018 since we did a couples photography session with him. Our photo booth – A Drop In Time were friends of ours who had this business so it was a simple choice. The florist is homegrown and local. She did amazing work. The videographer was amazing, we found him on a local site and it turns out his work was fantastic. The Cigar Bar was local as well and it was their first wedding I believe. It was a vintage converted bus and they had an awning with a little table set up outside as they played Sinatra classics. Our piano player during cocktail hour was Bernie Martini and he played amazing lounge music which attributed to the vintage theme. Our wedding coordinator was Marla from Event Gal, she was very responsive and on top of everything and truly our biggest supporter that day.” 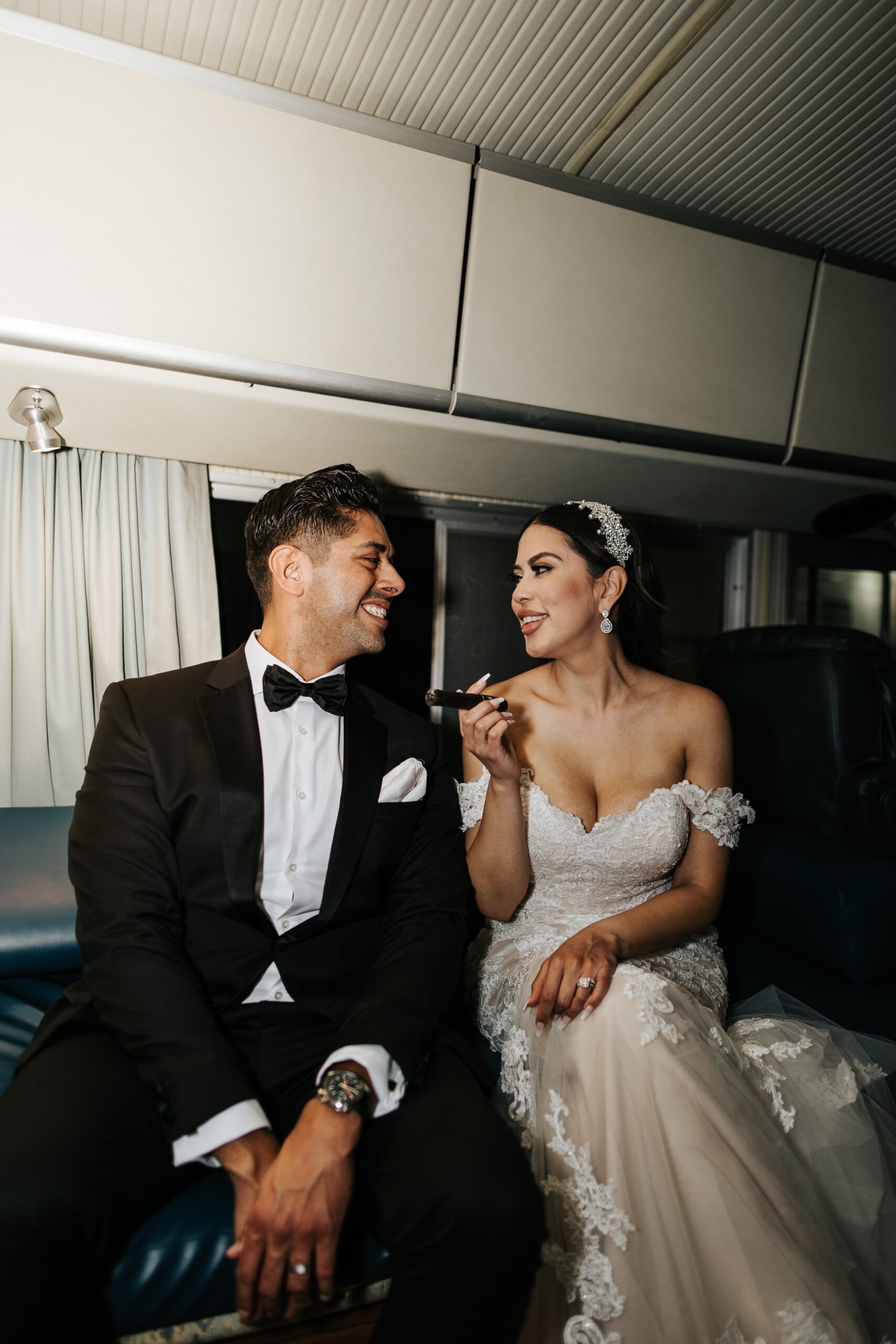 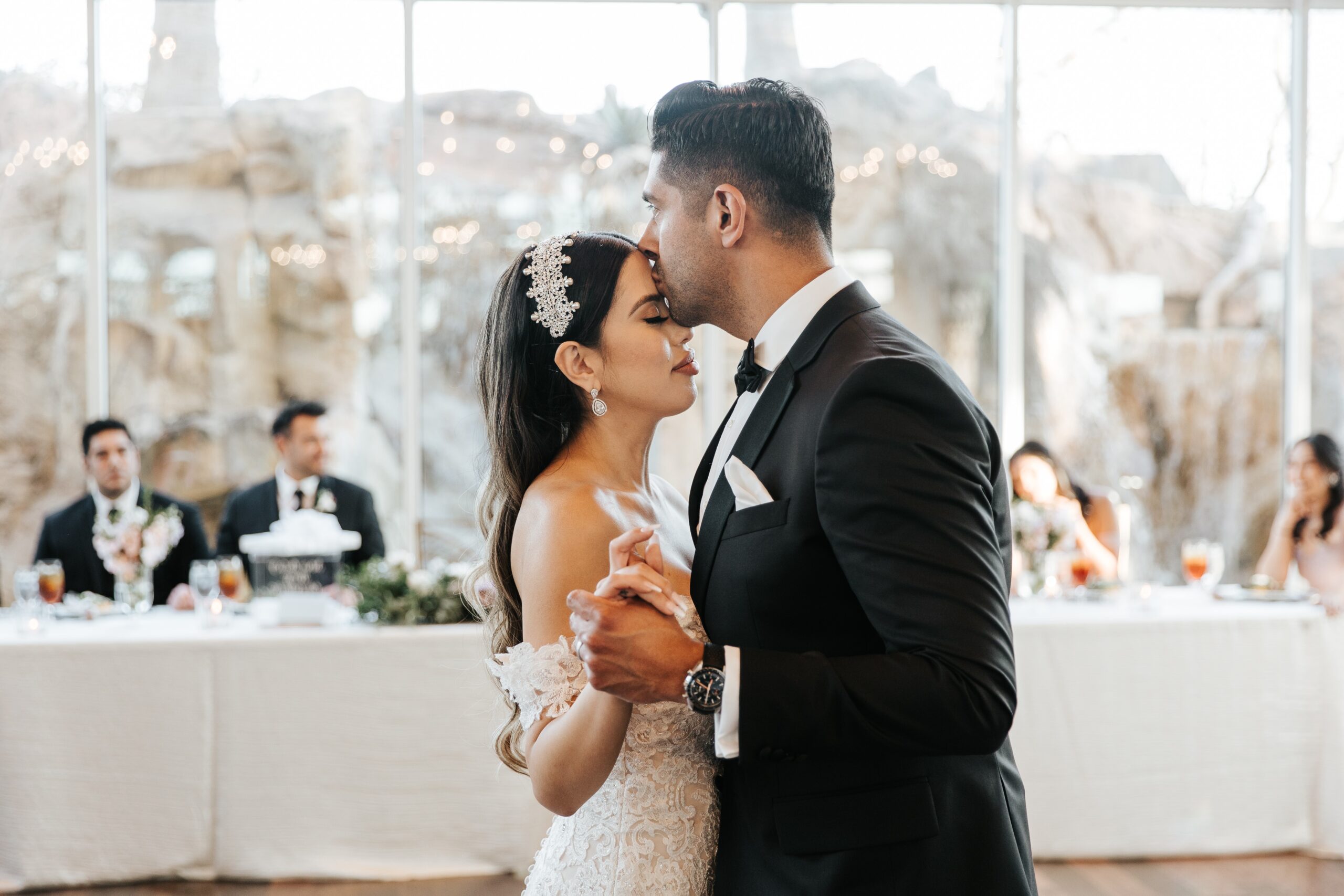 “Do what makes you happy, plan for your dreams. Some things will go wrong that day, but know that it will be okay and the day will still be special. Get the vendors you want, be persistent, and start booking early. One thing that we will say is photography is important, and just as important is videography. To be honest these are at the forefront because this is how you will remember that day. This is how you will relive that moment; it may not be in the budget and understandably so but try everything you can to get both, you won’t regret it. Floral is another big aspect, it’s wise to shop around but in the end, pick a florist you love – it sets the tone not only that day but in pictures and video as well. Most importantly make it a point to enjoy your day, it’s over in the blink of an eye and you don’t want to have regret from not enjoying it. It is your day to celebrate, not just to be there but to cherish the moment and revel in it. Plan early, plan for the best, and enjoy your day.”