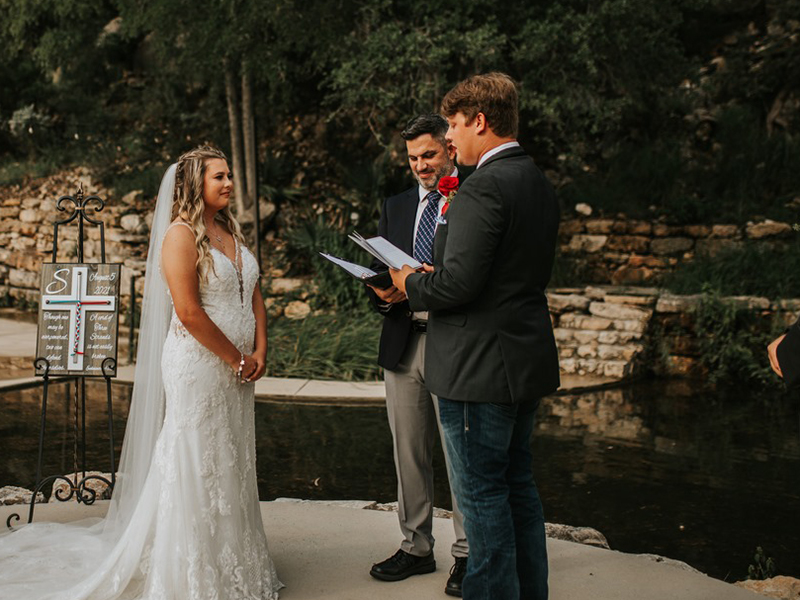 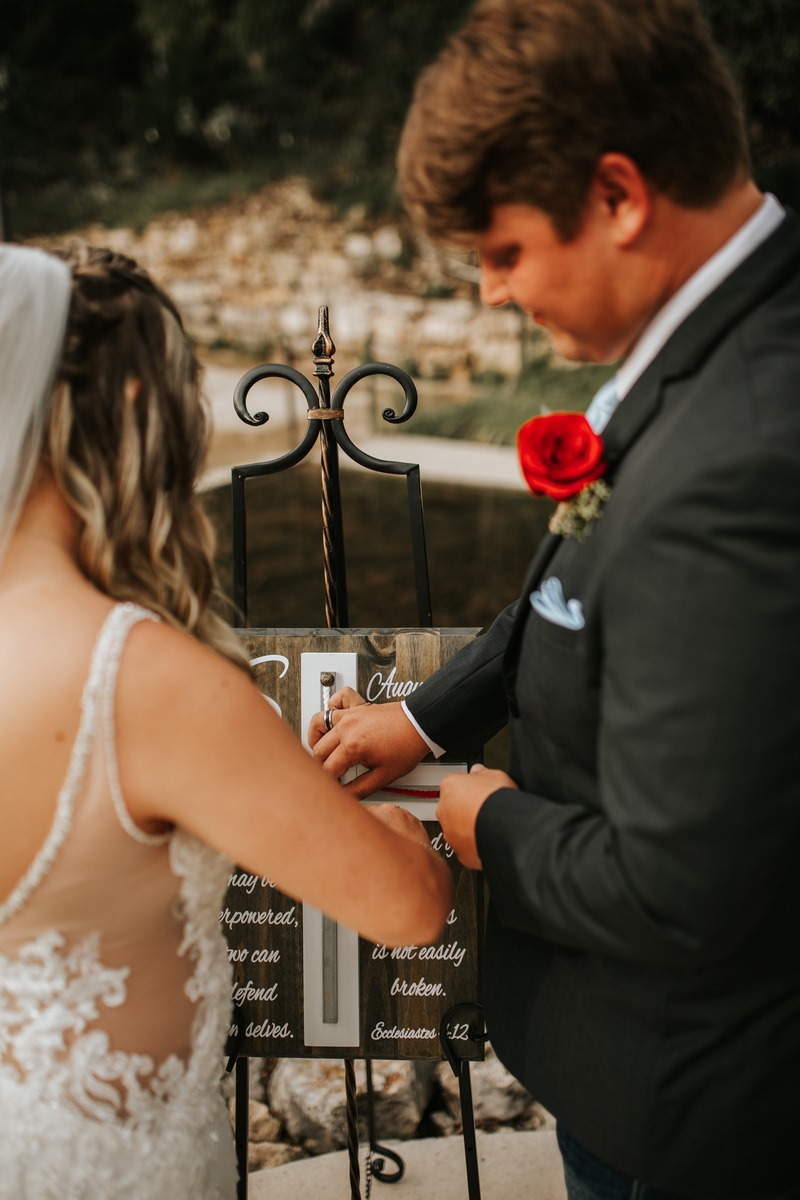 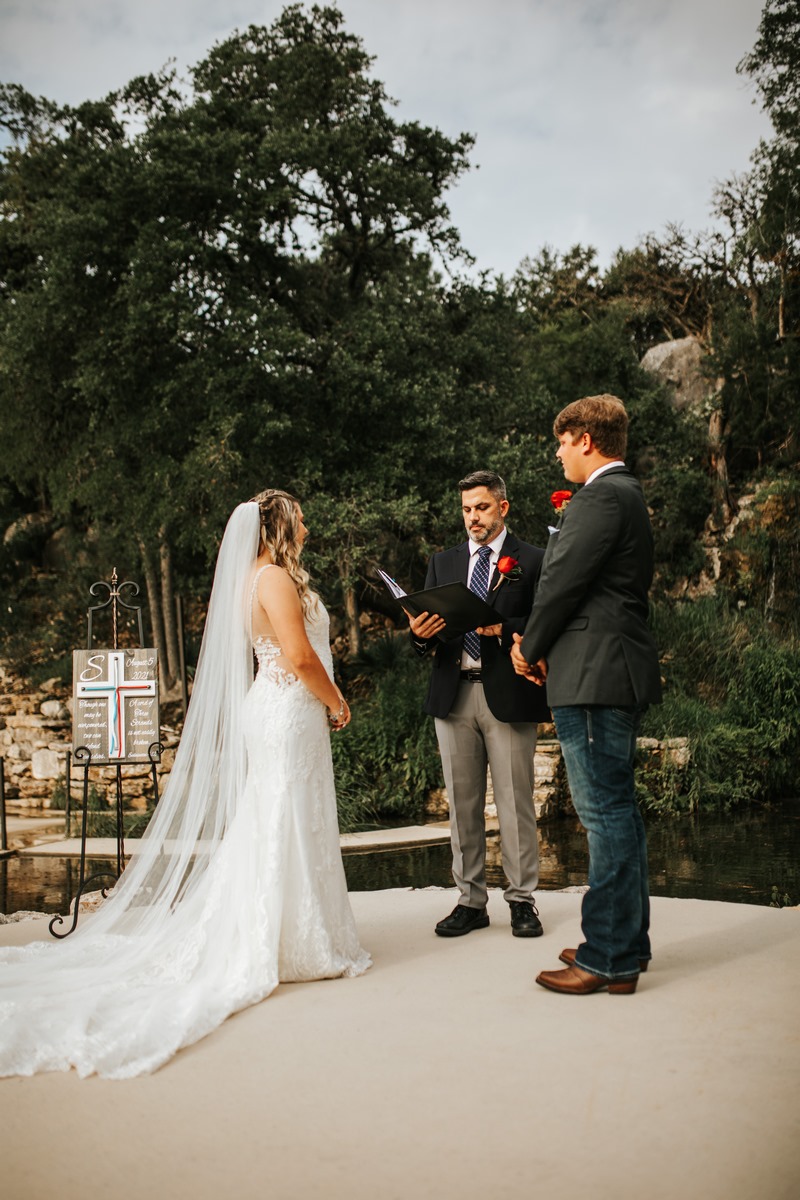 The couple’s story began when Kira was going through Texas Lutheran University’s Twitter to add others who would be attending the school with her. One of the people she added was Dylan.

He started to direct message Kira, but she ignored his messages mostly. Kira put her Snapchat on Twitter for her new friends, and Dylan friended her on the app. This is where they began to get to know each other.

They officially met face to face the first night at Texas Lutheran University. Dylan went to Kira’s room to get pens, and they spent seven hours talking and walking around campus. Dylan walked Kira back to her dorm room at about 4 a.m. and asked if he could kiss her goodnight.

He set up a picnic where they started to talk about going into their senior year, and enjoying the past years and adventures together. Dylan said he needed to make a video for admissions since he was an ambassador, so Kira helped him set up the camera not knowing what was about to happen.

Once he proposed they called their closest friends and family, which led Kira to want to go home to show her parents. Dylan insisted that they still went to dinner at Texas Road House, where Kira was surprised to see her parents already sitting and waiting for them.

The bridesmaids’ dresses were blue and the roses were red to represent the couple.

There was no true theme to the wedding, it was truly bonding the things they love most together. 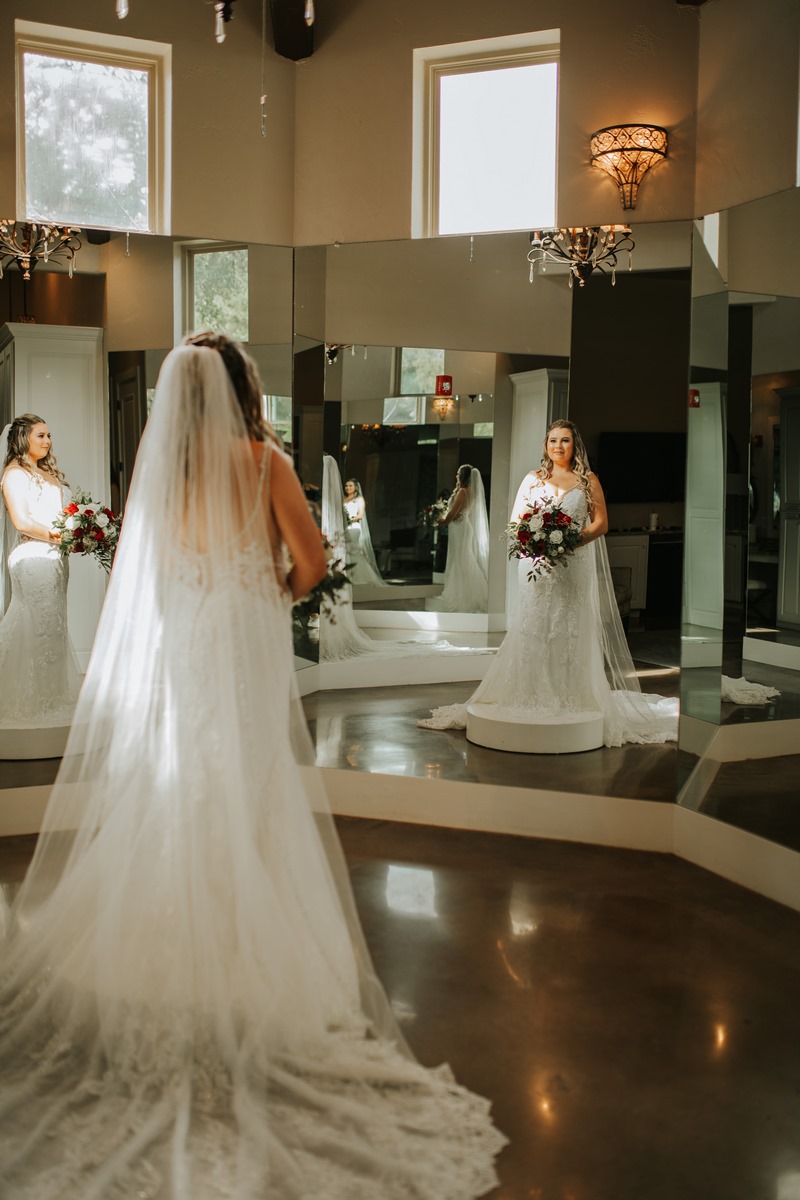 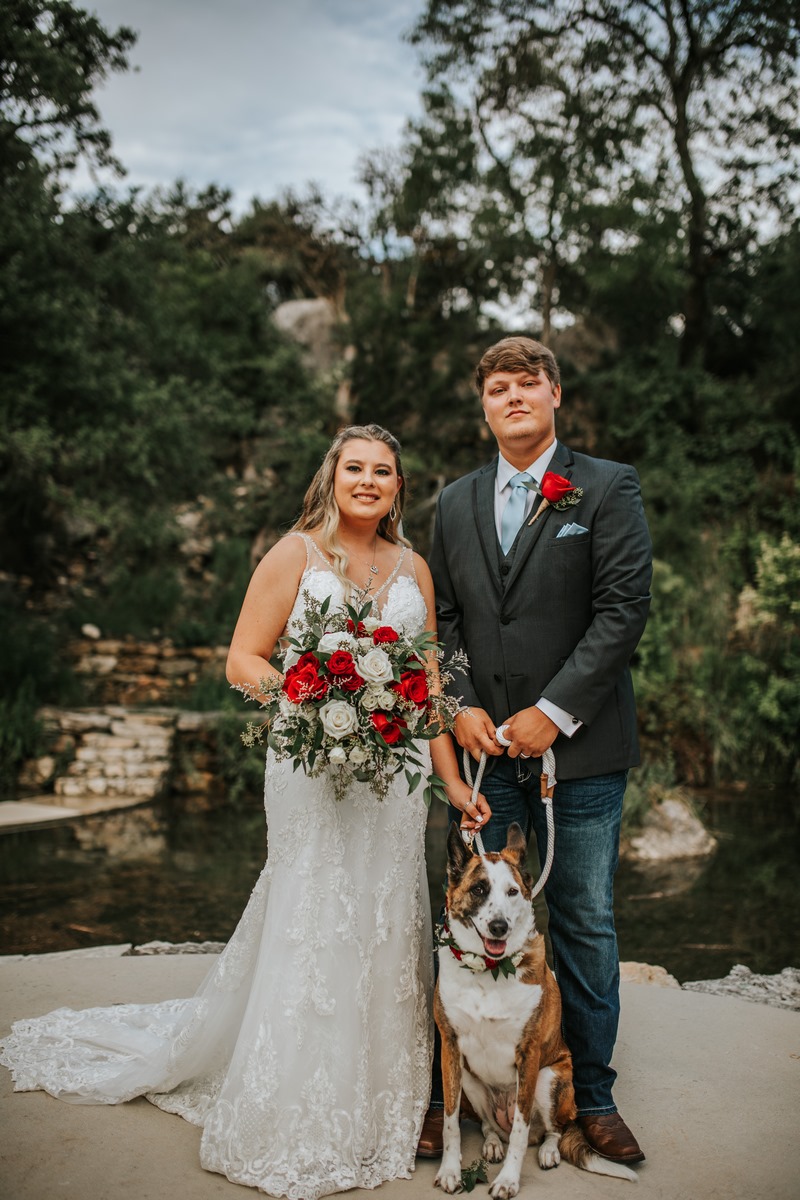 Remi’s Ridge at Hidden Falls has two ceremony and reception sites, but Remi’s Ridge has the most beautiful waterfalls that once Dylan and Kira saw the venue, they fell in love with it.

They took other tours of different venues, but they could not compare it to Remi’s Ridge.

“It was so beautiful and elegant but at the same time peaceful and calming,” she said.

Before the ceremony, Kira did first looks with her Nana and Papa, her bridesmaid, her groomsmen, and her father. Dylan also did a first look with the bridesmaids, which just added to the excitement as they could be heard in the bridal suite.

They had a flower dog instead of a flower girl because, their dog, Snickers, Kira had gotten about a year before meeting Dylan. As their relationship grew, Snickers began to know Dylan as “dad” so it was only fitting that their dog “daughter” was their flower girl.

“She is the most caring and supportive mom always making sure to make goodie bags when finals are coming, and especially helping Dylan when COVID-19 happened,” she said.

When the pandemic happened, the couple got kicked off of campus, and Kira’s mother allowed him to stay at her home, so he could work, go to school, and have food without having to drive back and forth from Corpus Christi to Seguin.

“Don’t stress too much,” Kira said.”Take things one step at a time and things will work out! Figure out what you and your partner want and make a list, check things off as you go, and remember that it is y’all’s day. No matter what, at the end of the day on your wedding day, the only thing that’s going to matter is that you got to marry your best friend. Enjoy being engaged and be happy together, don’t sweat the small stuff, because honestly, it won’t matter in the end, only y’all will.”