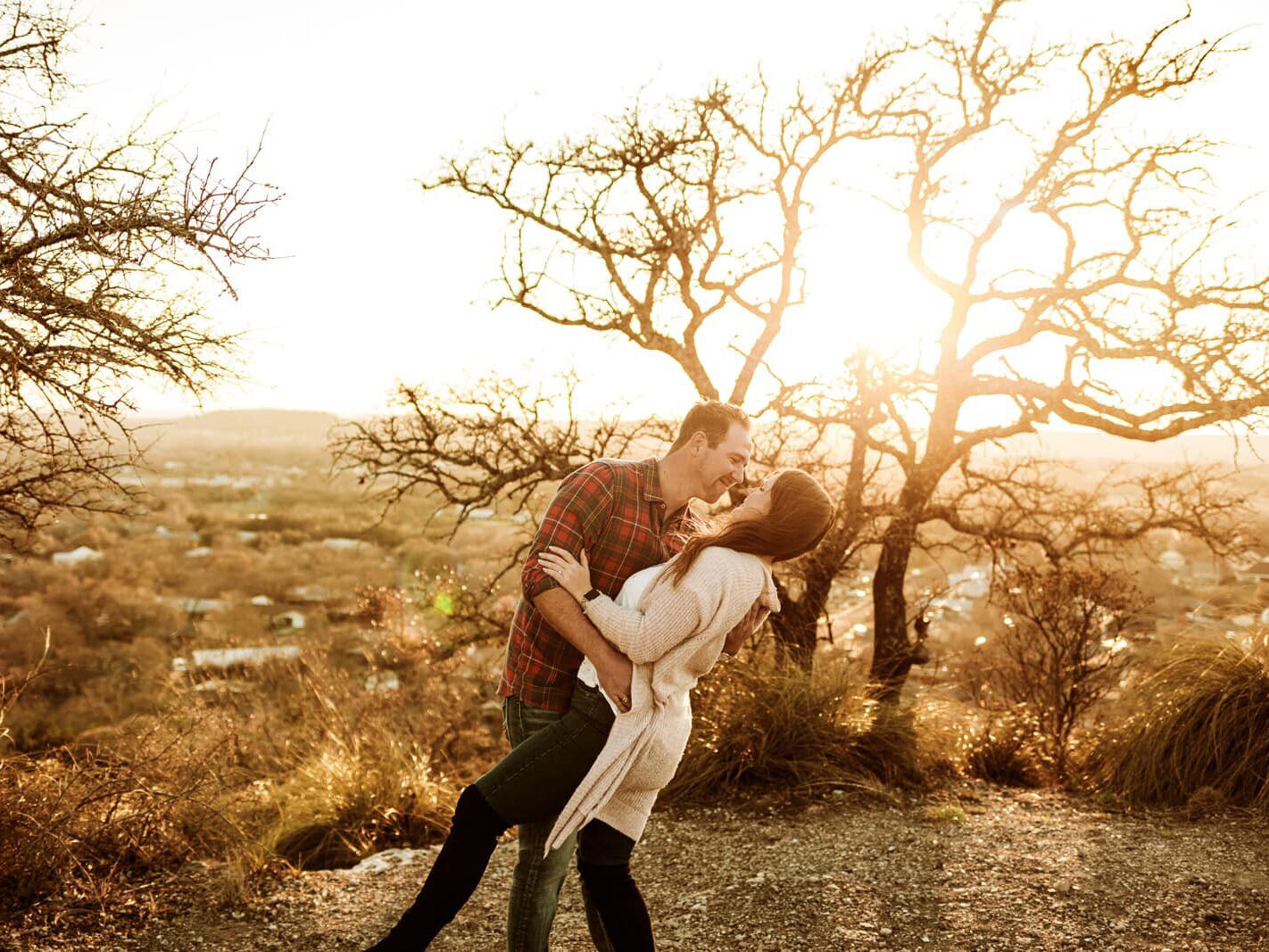 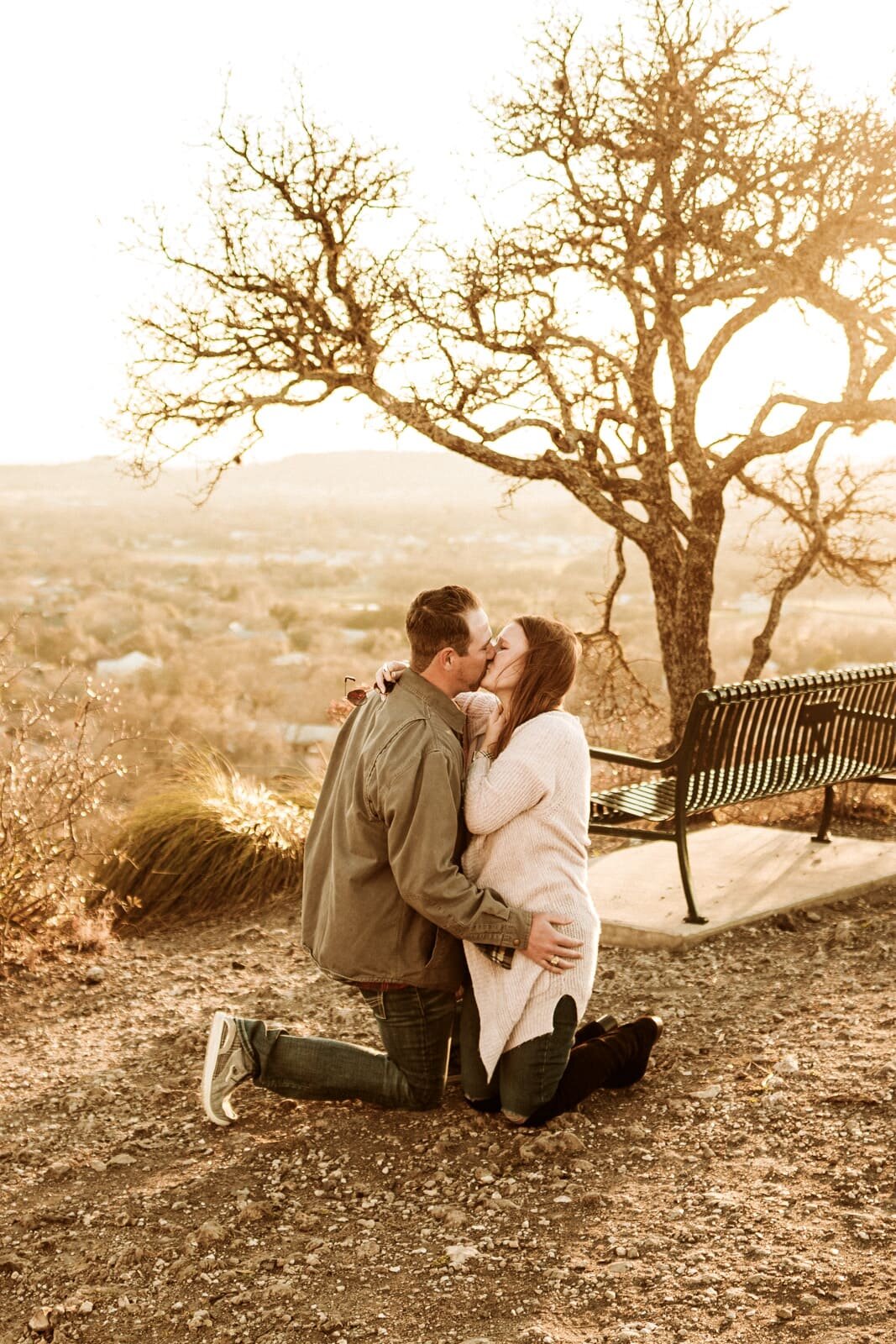 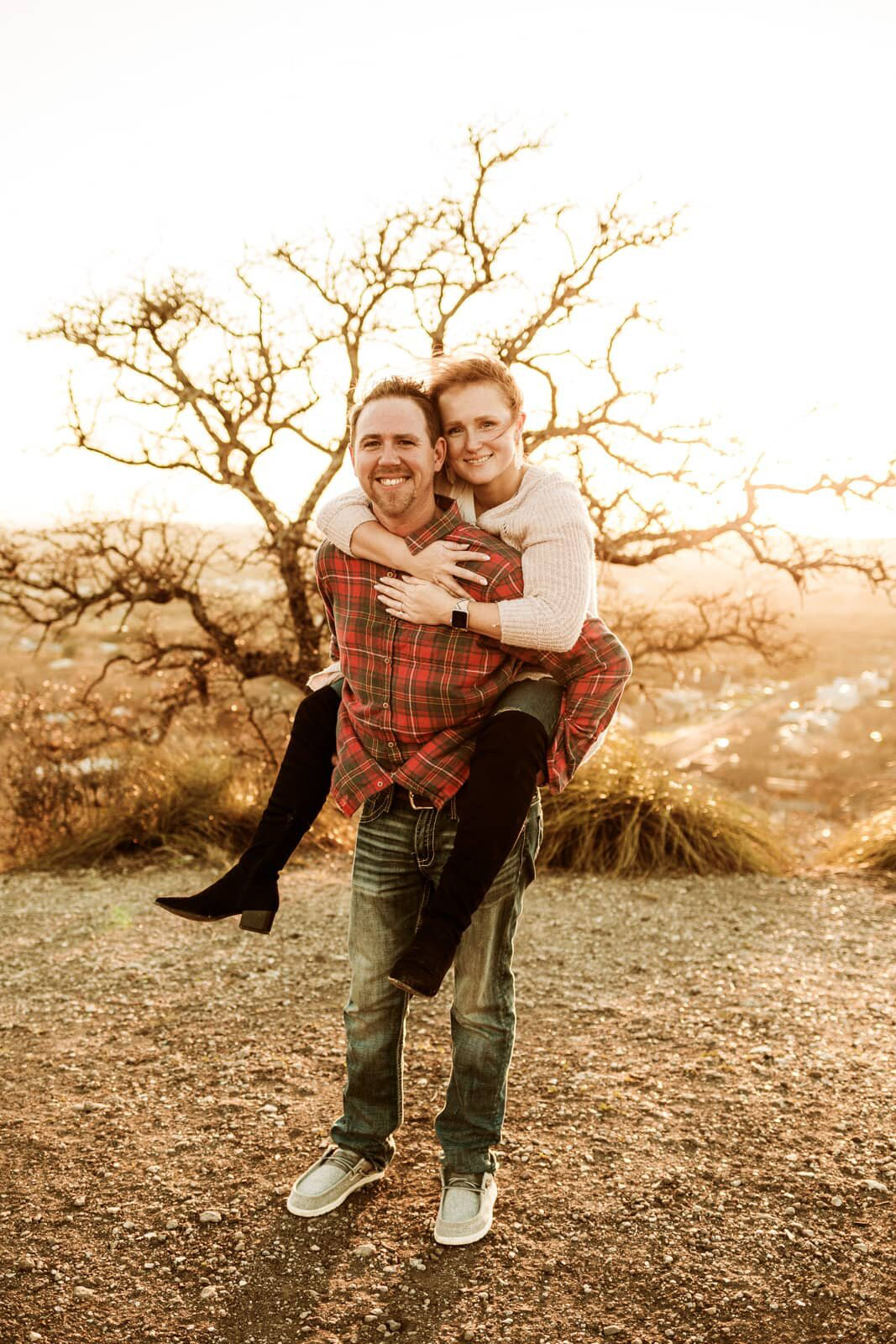 Kevin and Taylor met when they worked together at a manufacturing warehouse. Taylor had a boyfriend at the time, and Kevin quit after a month or two. However, Taylor knew there was something about him.

“Probably 6-7 months later I messaged him on Facebook because I couldn’t get him out of my head,” Taylor said. “A whole bunch of dates and two-ish months later, because I was terrified of him (I knew), I told him ‘well we’ve been walking like ducks & talking like ducks, might as well be ducks.”

Two weeks into dating, Taylor told him she loved him and the rest is history.

The proposal was magical and surprised Taylor.

Kevin had one of Taylor’s friends convince her that her ring wouldn’t be ready for a few months, and not to expect anything soon.

For their anniversary in March, the couple went to Fredericksburg for our anniversary. They were originally supposed to go in February but had to reschedule due to the snowstorm.

“He took me downtown to walk around and have a few wines,” Taylor said. “Then, he wanted to go to Cross Mountain because his grandparents used to take him and his brothers there when he was a kid, so I didn’t think anything of it.”

When they walked to the top, Taylor saw Estefana, their photographer, there which made her suspicious.

“He walked me to the cross at the top and said you’re not gonna cry the whole time are you,” Taylor said. “I felt myself almost black out. He got down on his knee and said ‘you said we’ve been walking like ducks and talking like ducks right?'”

The ring is from Americus Diamond.

“We went and looked at rings in October,” Taylor said. “He went and designed it in January by himself. I had no clue. He said he was stuck in traffic coming home from work.” 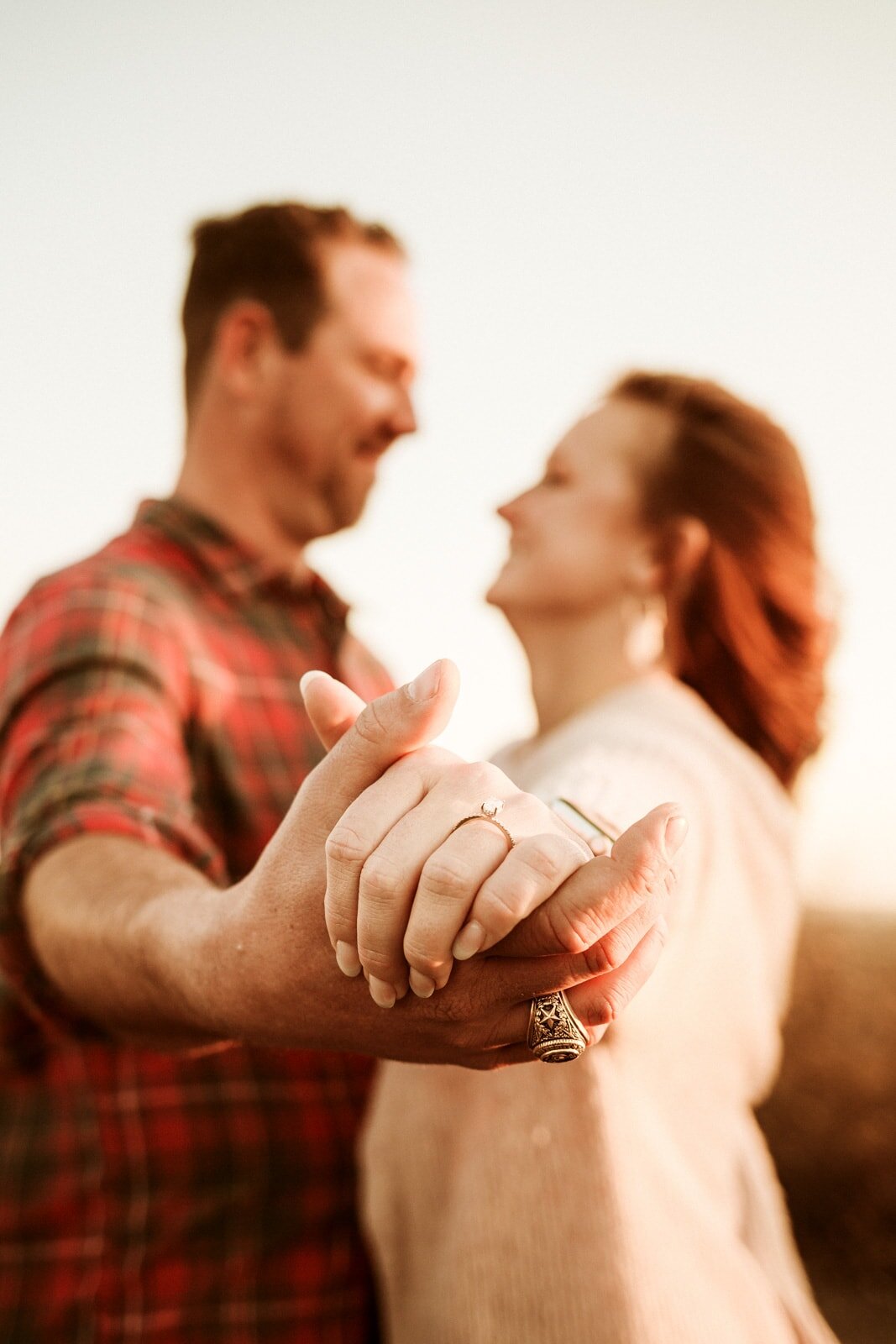 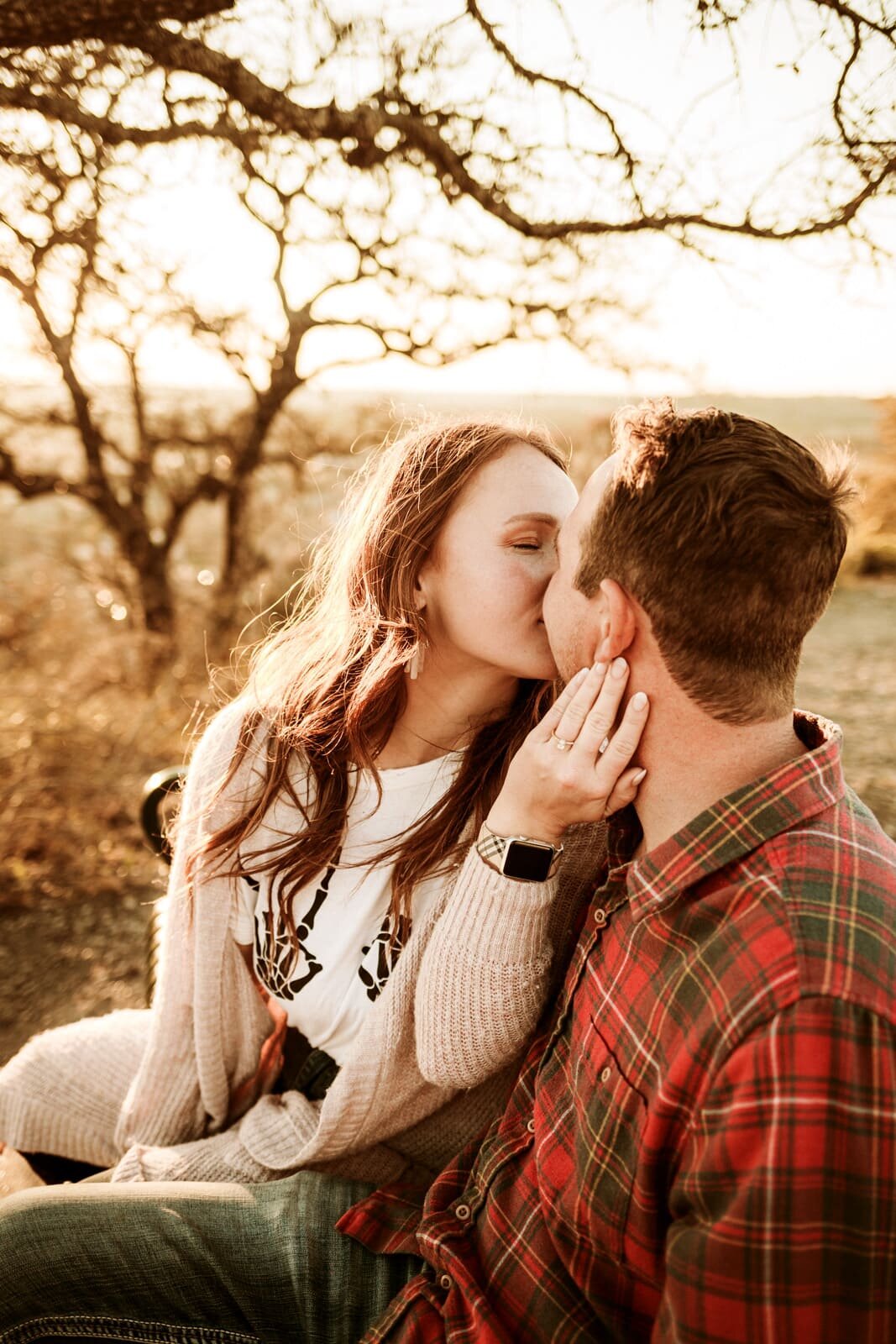 Taylor hasn’t chosen on the one for her wedding day just yet, but she plans to get her gown from Liv & Love Bridal.

The couple is set to be married at Paniolo Ranch in Boerne.

“We picked Paniolo Ranch because first off the views are unbelievable,” Taylor said. “It just felt right, and it felt like both of our personalities. We also loved the fact that we could do mostly everything ourselves and stay on the property. The owners were super friendly as well and just everything about it felt perfect.”

“She was just so sweet and personable and the food was amazing,” Taylor said. “She was a preferred vendor of Paniolo Ranch.”

Their chose the same DJ as the one Kevin’s brother used at his.

“We had a blast at their reception so that was a no brainer,” Taylor said. “My day of coordinator was gifted to me by my lifelong mom away from home, Couture Events by Jill.”

Their  photographer, Estefana, was found by Kevin for their proposal. They loved her work so much, they decided to keep her for their big day.