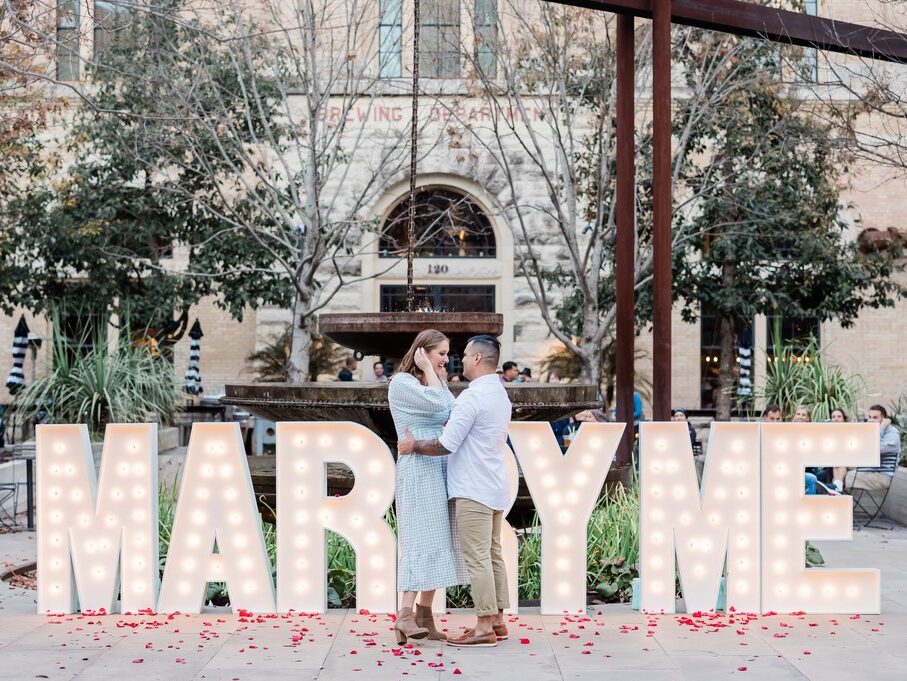 Mayra Eads Photography In On The Surprise

Being part of “the happiest day in someone’s life” is one of San Antonio wedding photographer Gillian Menzie’s favorite parts of her job. For the past three years, she has made a living capturing the emotions and nuances that define the true essence of love, immortalizing them through images that the happy couple will cherish for a lifetime. For someone who spends so much time behind the lens, you might think that Menzie has seen it all when it comes to happily-ever-afters. But on February 20, the 33-year-old mom found herself in the middle of a surprise proposal that knocked her off her feet—her own! 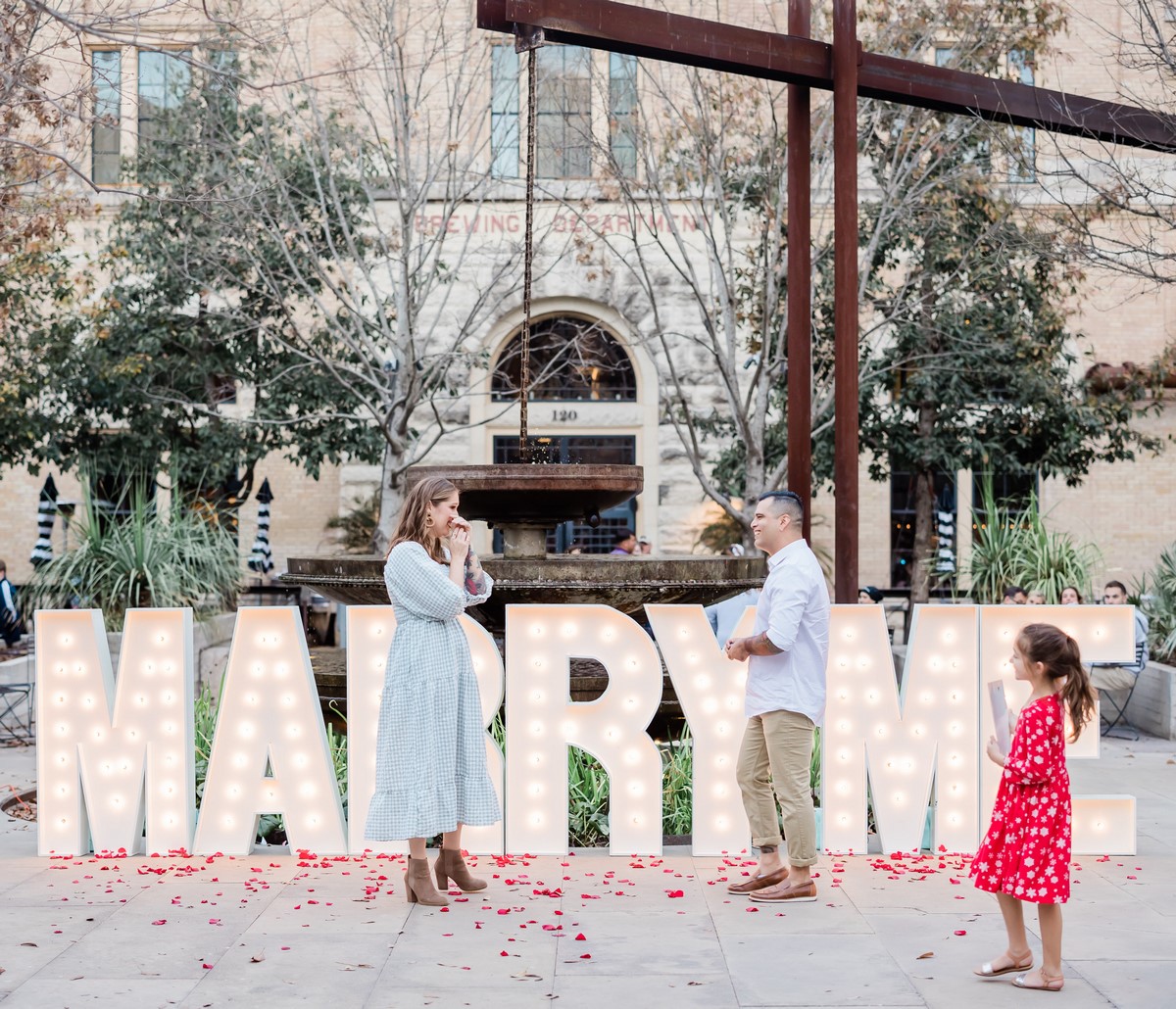 “I never saw it coming,” laughs Menzie, who thought she was spending the day with friends including fellow wedding photographer Mayra Eads. Little did she know that Eads had been working behind the scenes since December helping Menzie’s fiancé, Raymond Lopez, plan the big moment that took place in front of Hotel Emma.

“I’ve been part of many surprise proposals for clients, but none for a close friend,” says Eads who became fast friends with Menzie after the two met at a style shoot. “This one was extra special.”

Her first step? Assembling a team of friends in the industry including Daniela Sanchez owner of Balloon Pop TX, Meka Jenkins of Circle J Ranch, and Nicole Rosenfield of Diamonds Direct to set things up. Step two? Getting the bride-to-be to the Pearl without arousing suspicion. Under the guise of a “girl’s day out,” Eads organized a fun day of hair and makeup with Suzanne Syrek Artistry, followed by a belated “Galentine’s Day,” photoshoot down by the San Antonio River. 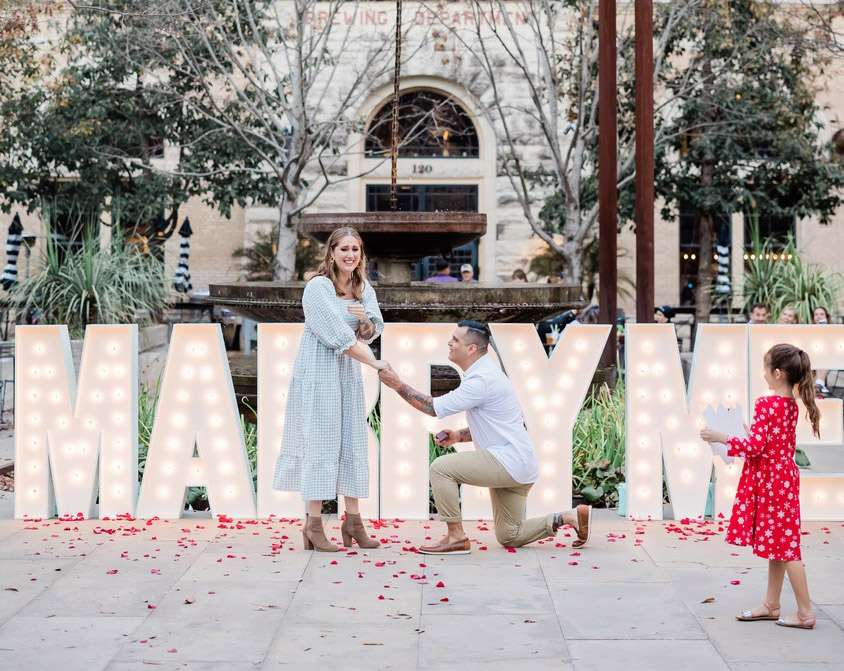 “I told her that we could get some new shots to update our websites,” says Eads. “We’ve done things like this before so it wasn’t out of the ordinary.”

In fact, they’d done it so many times before that the plan almost backfired when Menzie decided she wanted to show a more “casual, dressed down side” for this particular shoot.

When they arrived at the Pearl, Menzie was still clueless. Even when the group “accidentally” bumped into Sanchez who was setting up a giant, illuminated “Marry Me” marquee in front of the Hotel Emma fountain, it still didn’t “click.”

“I was having a total blonde moment,” giggles Menzie. “I honestly thought it was for someone else.”

It wasn’t until her 7-year-old daughter appeared, holding a sign that read, “say yes,” that Menzie began to realize that something extraordinary was happening. That’s when her fiancée unexpectedly emerged and presented her with a beautiful pear-shaped diamond on a simple gold band from Diamonds Direct. 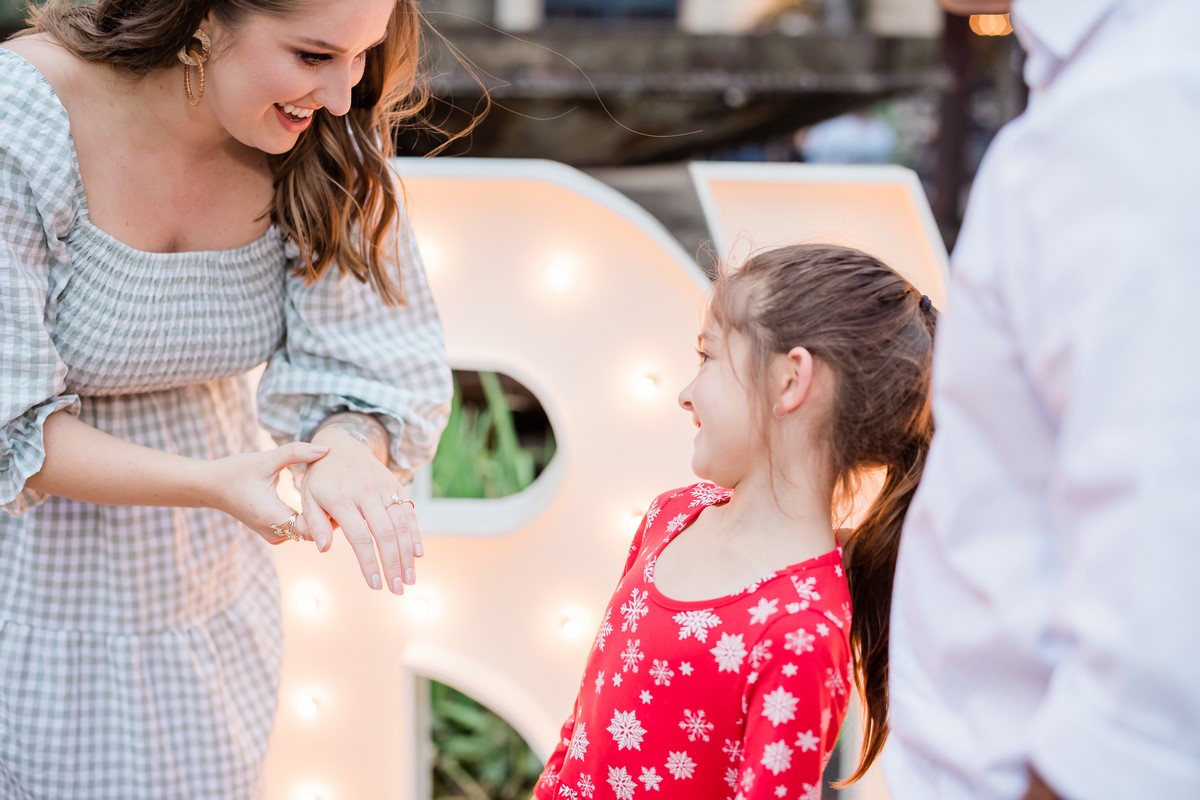 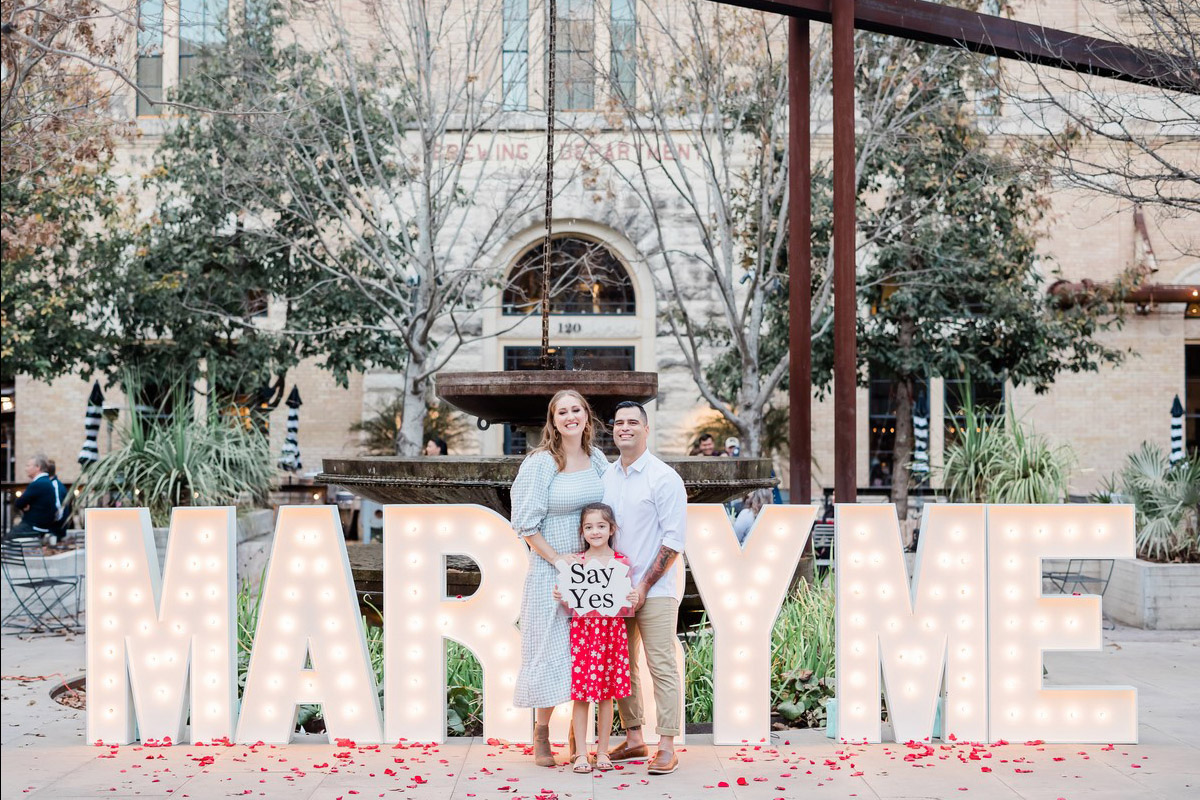 “That’s when I started to ‘ugly cry,’” she describes. “I was completely caught off guard.”

Although both Menzie and Lopez are originally from San Antonio, they met in Georgia five years ago when they were both active duty military (Menzie has since retired from service). Between them, they have four children ranging in age from 7 to 10-years-old and have established a strong community of friends since moving back to their hometown three years ago. It is that community that helped make what Menzie describes as her “perfect day” possible.

“The experience of our whole community coming together to make the occasion so special for us was amazing,” she says happily.

Although no date has been set, the couple has begun planning. And while the bride has a team of experts at her fingertips, she says she doesn’t want her friends “working” during her wedding.

“I want them there as my guests, celebrating with me,” she says. “We wouldn’t be here without them.” 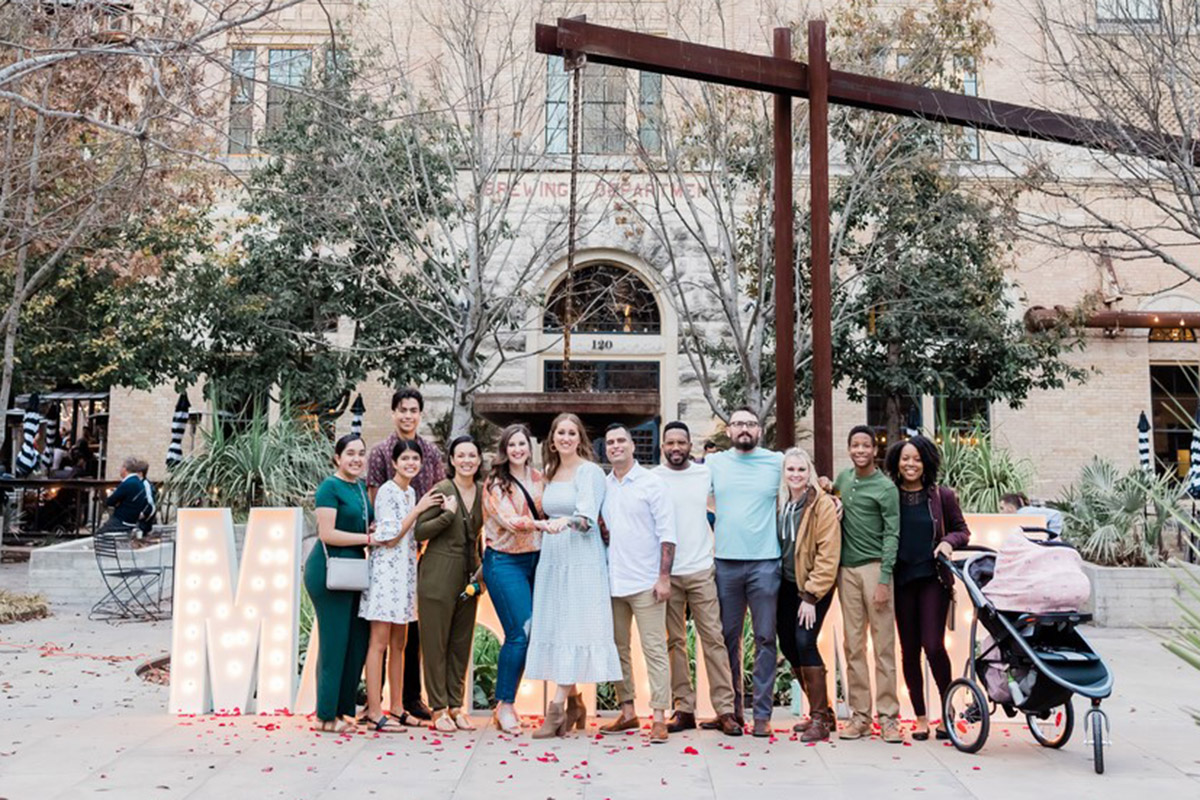