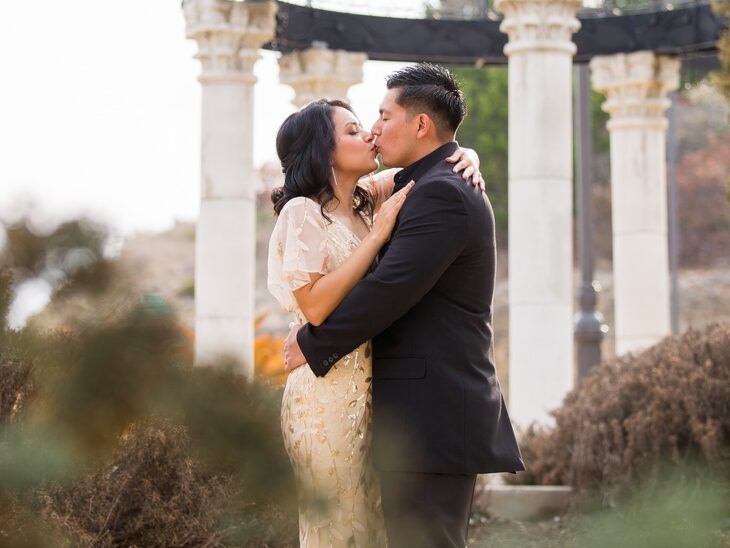 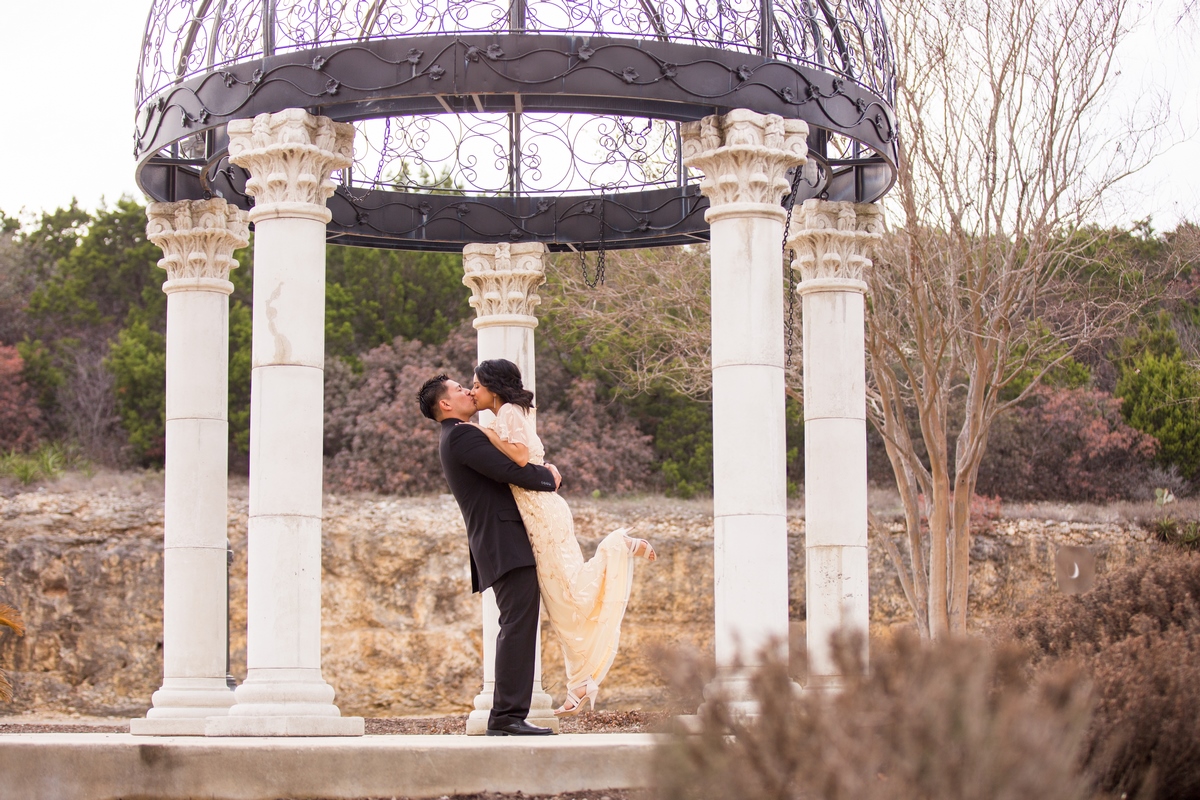 Melissa and AJ started out as acquaintances that had met digitally through mutual friends. As time went by, AJ started to slide into Melissa’s DM’s online and the two began the journey of getting to know each other on a deeper level. As a body builder in the making, AJ was becoming more and more attracted to Melissa who, at the time, was incredibly into fitness. The first time they actually got to meet in person is a moment that Melissa says she remembers like it was just yesterday. 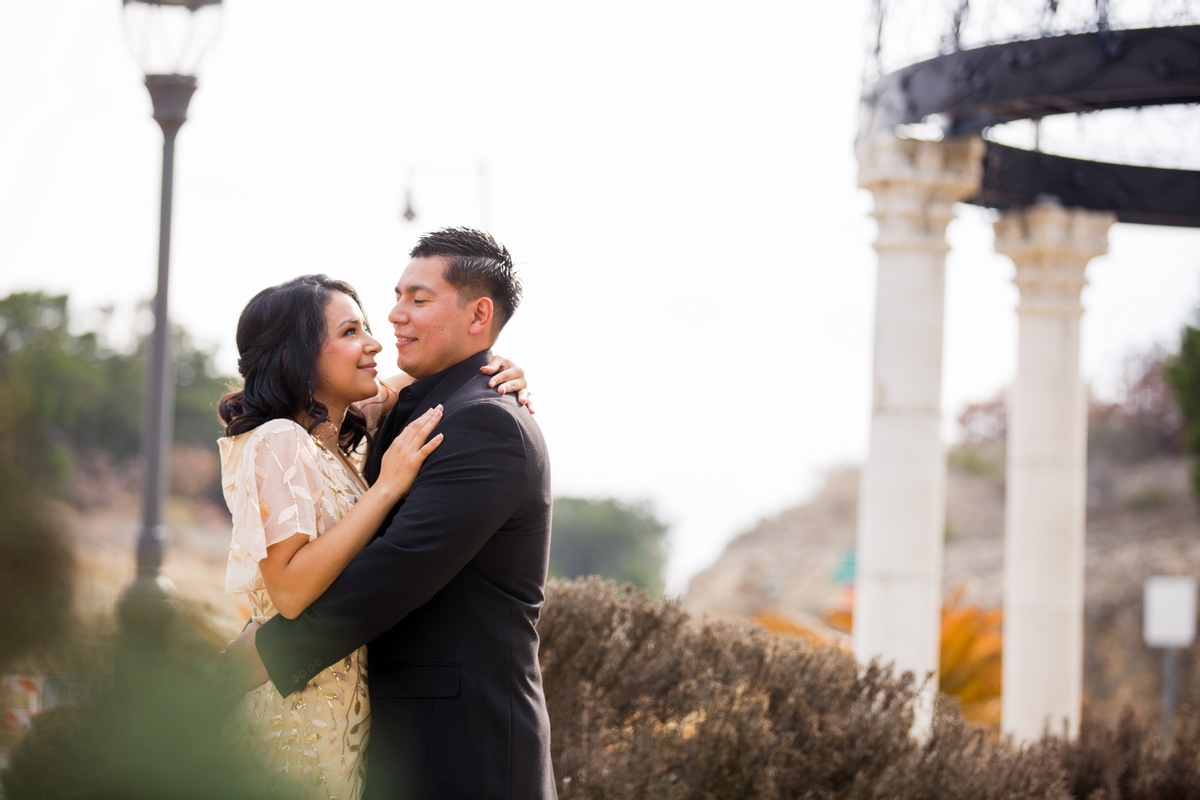 Relationship in the Making

To be honest, it wasn’t a “love at first sight” moment for them. Even through rounds of friend zoning, AJ stayed persistent in his pursuit of Melissa. Heartbreak didn’t stop him from sending her the edible arrangements bouquet that made Melissa realize that she didn’t want to live the rest of her life looking back at the what-if’s with AJ. Fast forward four years later, and now the two are planning their dream wedding together. 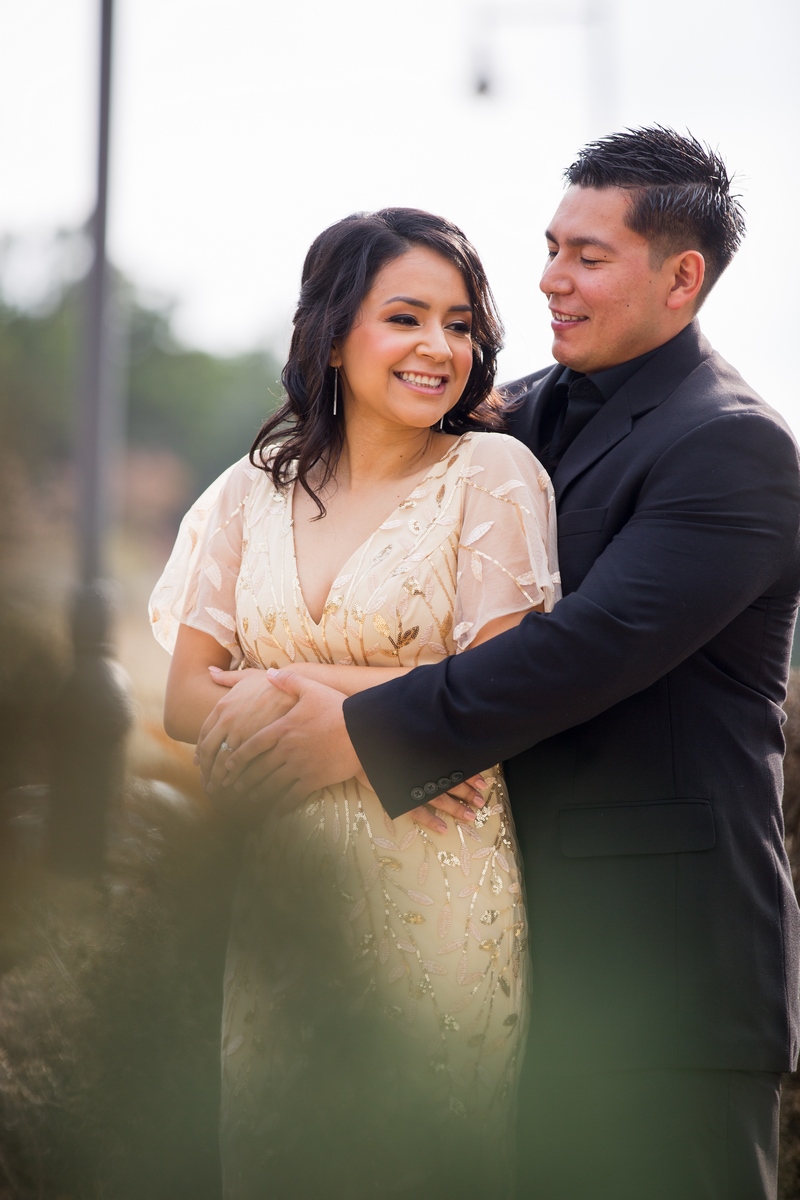 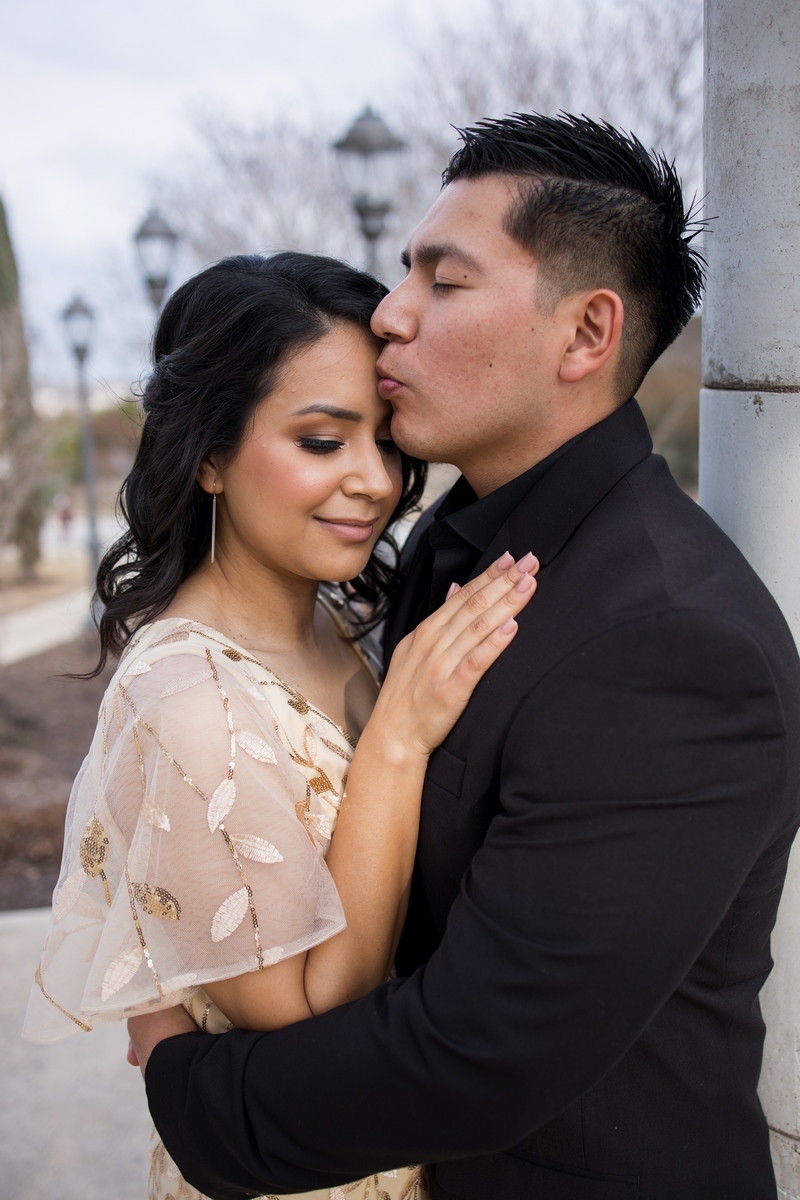 Years had gone by, and while Melissa knew in her heart since the second month they were dating that AJ was the one that she wanted to marry, she stayed patient as she waited for the special moment that would seal the deal for them as a forever couple. Melissa remembers one day after church, sitting in her car talking with God  questing with Him that if this was really the man she was meant to be with, why was he so hesitant to get married? Little did she know, God was doing the work in AJ’s heart.

A few months went by and AJ planned a brunch date for the two of them that was followed by a hike up to Mount Bonnell in Austin, Texas as an ode to their first adventure date. As they looked around and appreciated the beautiful scenery around them, Melissa turned to find AJ on one knee asking her to be his wife. Soon after, she found out that AJ had recently had a dream (or vision) from God telling him to make Melissa his wife. All her prayers had been answered, and the couple was blown away at how amazing God’s timing truly is. 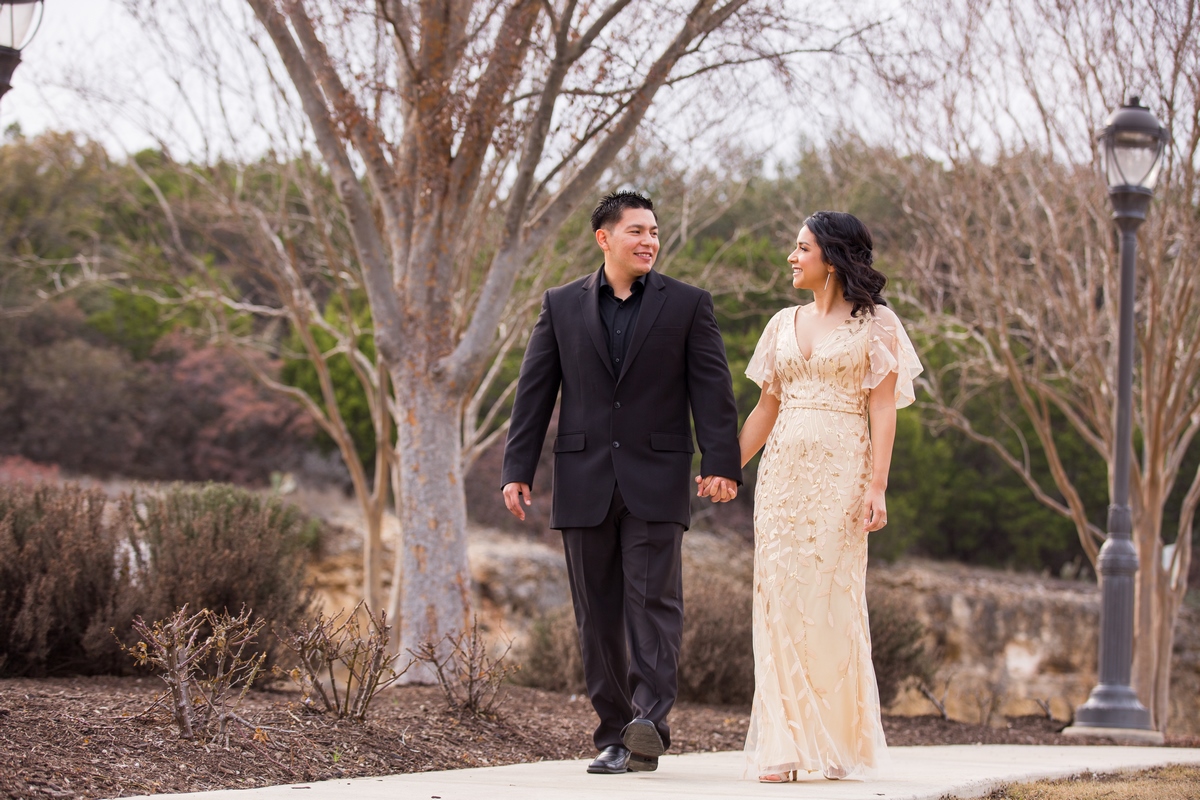 With the help of Sonia from Aria Productions, AJ and Melissa had their engagement photos taken at the Eilan Hotel & Spa.

Melissa lucked out and was able to walk-in to Bridal Connection at Stone Oak after having a bad experience at a different bridal shop. She was warmly greeted by Angelita who Melissa says was a pure delight to work with. Within 10 minutes Angelita was able to match Melissa’s wishes the perfect dress on the first try. The moment was magical, and one that Melissa will cherish forever.

This couple was looking for a venue that offered elegance for their special day. When they found The Dominion Country Club, they knew it was the perfect one!