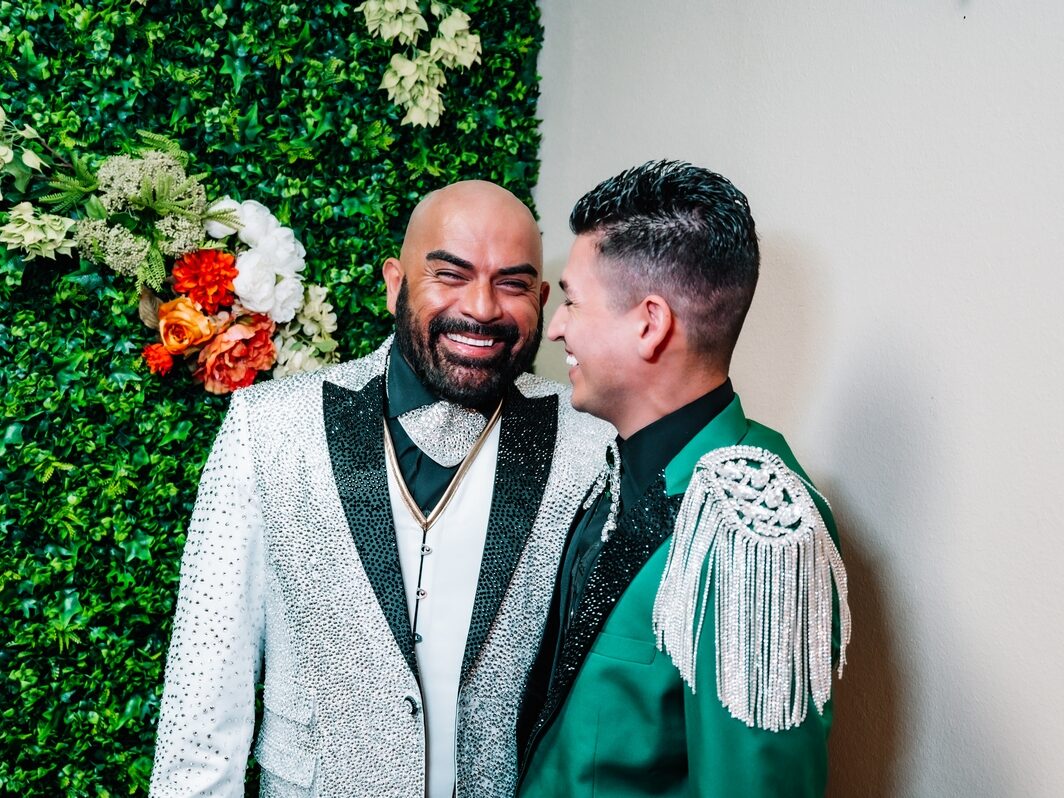 Bling, The Ring, and 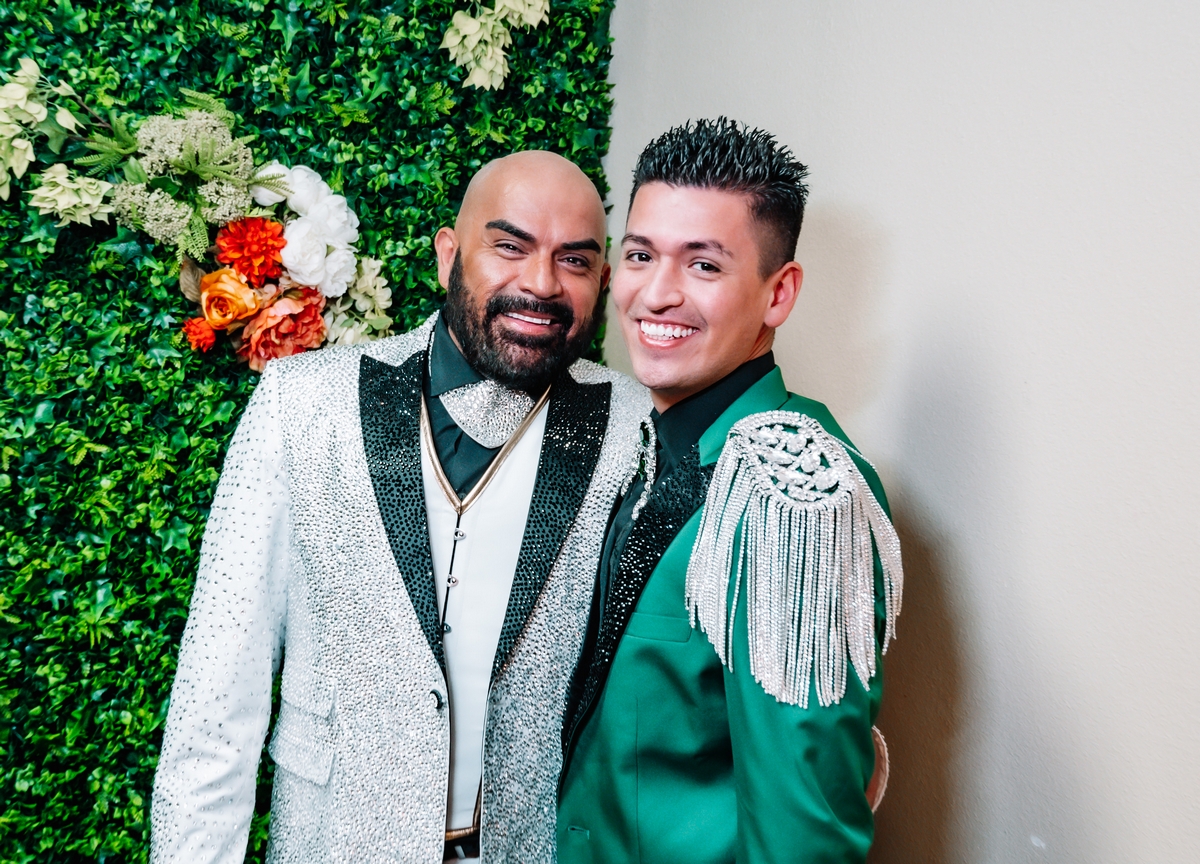 Don’t let anybody ever tell you that age difference makes a difference, because it doesn’t, and it shouldn’t. It shouldn’t have an effect on how one person feels towards another. Robert and I met 4 years ago on a hookup site called Grindr, and I always make a joke about it and tell people we met on Christian Mingle, lol. When I saw Robert’s profile I was instantly mesmerized with his beautiful face and I set up a time to met him at my place. We met, and from there things got heated up. When we finished doing what we needed to do, I escorted him down stairs to say goodbye to him, and he was a gentlemen. When I peaked through the blinds to see where he was going, he turned around and waved goodbye, and right then and there is when I knew that he was the one. 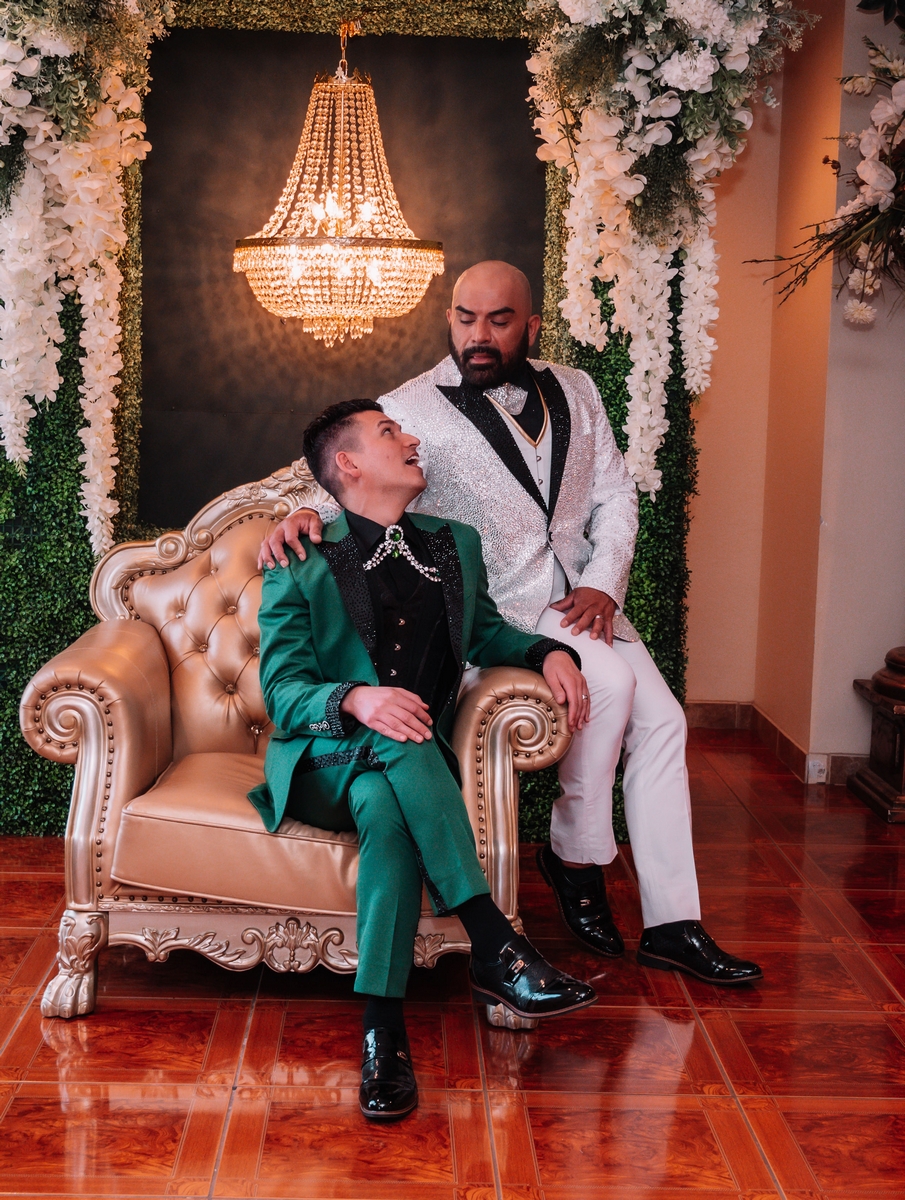 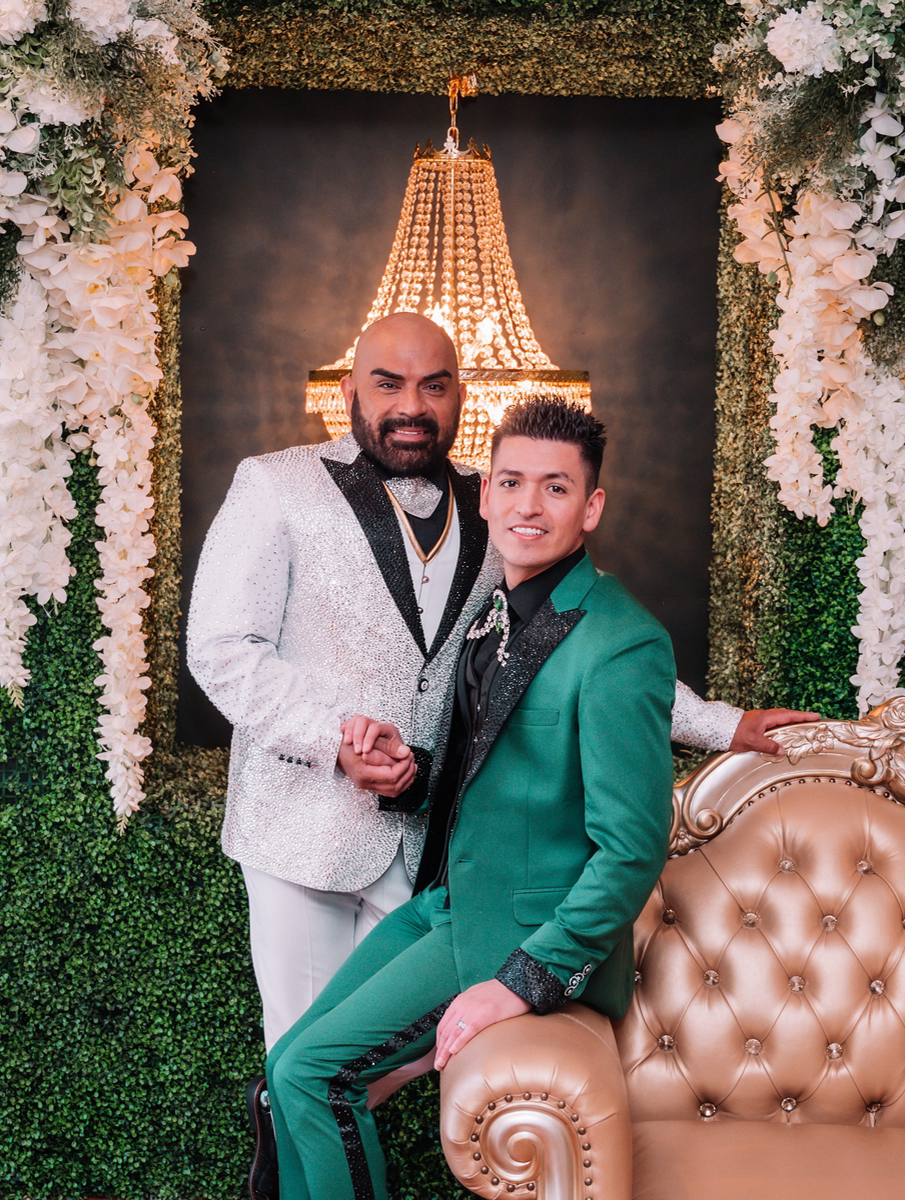 After that, I was being persistent on seeing him again and checking up on him, and I didn’t back off. Robert told me that he wasn’t looking for a relationship and for a while we kept things casual, but eventually we kind of grew on each other. One thing led to another, I kept seeing him more and more, and we both discovered that we have a lot in common like videos games, 80’s music, and a love for animals and food.

He was staying at my place occasionally and I was staying at his place and after several weeks of dating, I asked for a commitment from him to become exclusive with each other, but Robert was hesitant because he stated he had been through relationships before and had been hurt, but he reluctantly agreed. 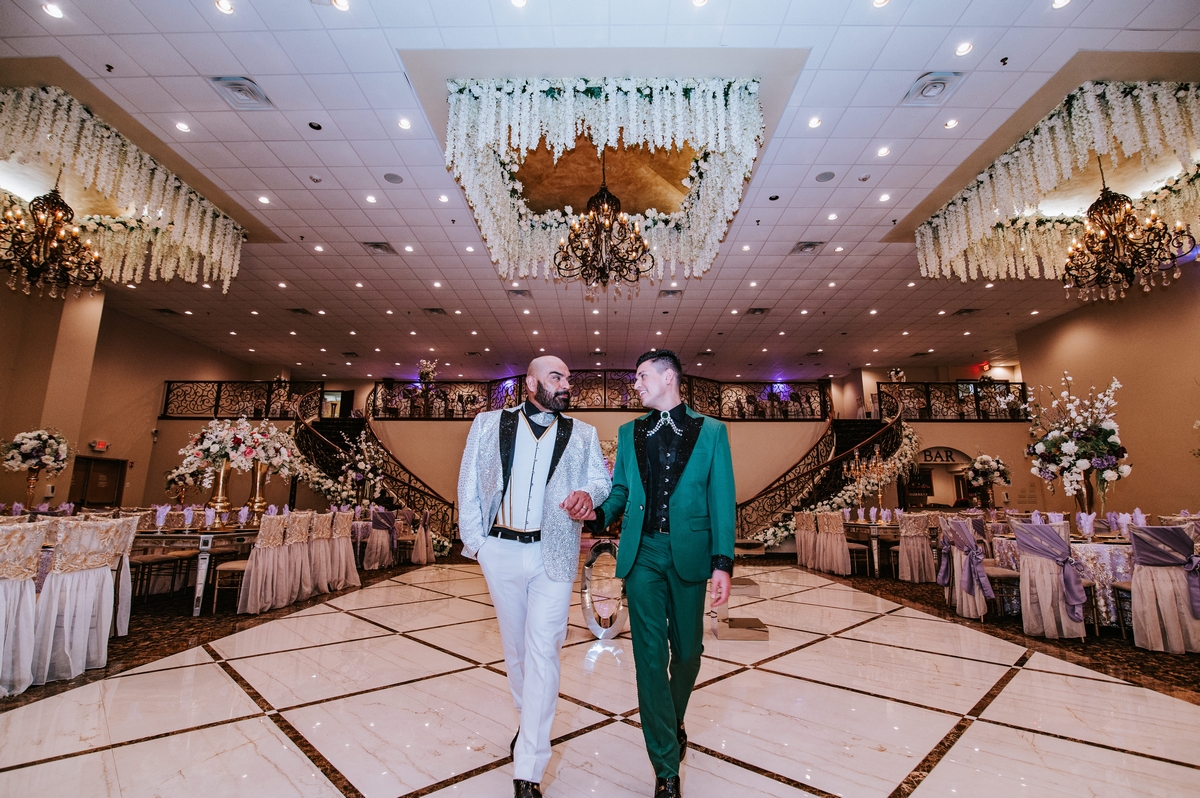 Time passed, about a year, and one thing people have to know about me is that I am old school… so living in this world where gay rights are recognized and we can marry each other, I was just going to put a promise ring on him. When Robert found out it was a promise ring and I wanted to present the promise to him in our home, he stated “no you are not going to put a ring on me like that. If you are going to do it, you have to do it in front of a crowd of our friends and family” to which I said “wow we are rolling like this”?

So then I agreed and I started looking for rings for him, I kept sending him entire booklets of rings but he didn’t like any of them, and when we got to the 100th ring, he said “that’s the one”, and in a crowd of friends and family of 100 people, I proposed to Robert to match the 100th ring. I was nervous that I proposed to him but I was ecstatic that he said yes. 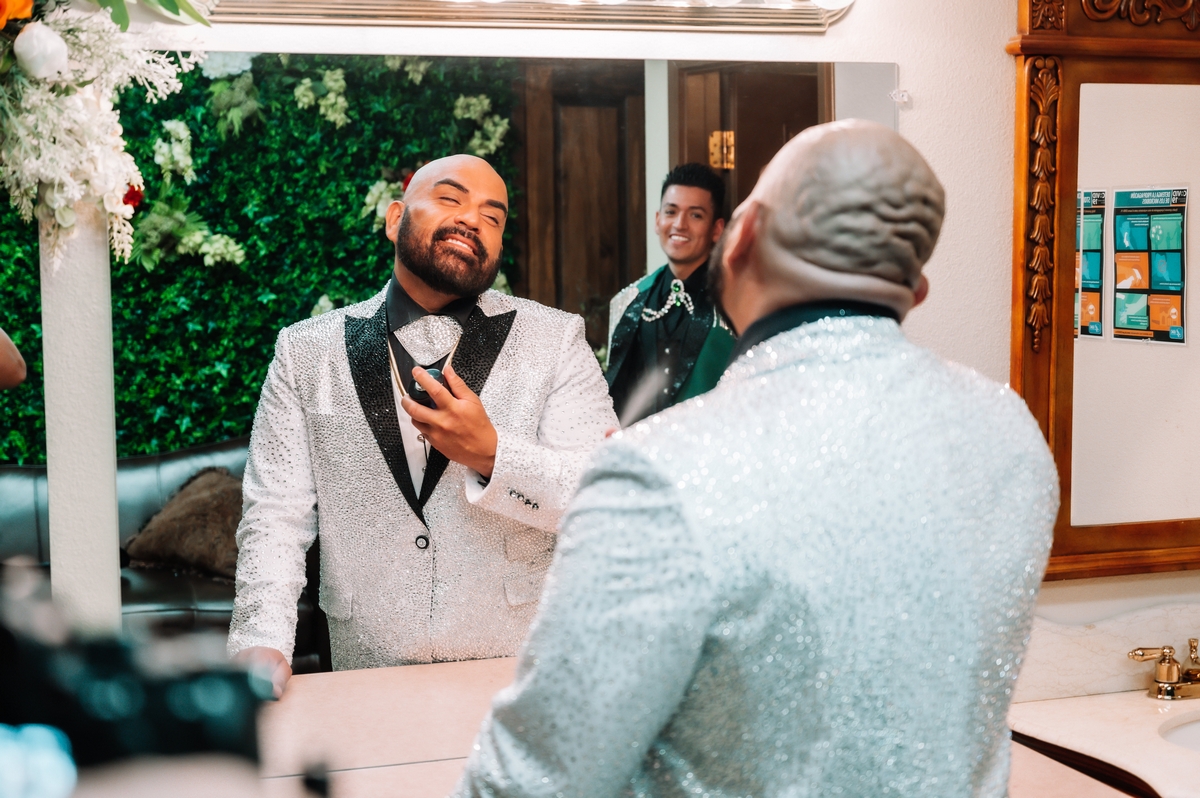 We have been together 4 years now and it’s been quite a ride. When I told my family and friends about Robert, they stated “we want to meet him”. I started posting pictures of us on facebook and sending pictures of us through text. A lot of people in my family kept remarking about our 15 year gap difference and some of them would say “he is a baby, he is so handsome, he is so young, he is so good looking.”

Then came the other comments “don’t you gotta go home to and burp your baby, put your baby to sleep and feed your baby and check your baby” and I was stumped by their comments. After a while I went along and played with it and when I heard the comments again I stated “I gotta go home and put a bib on his neck and give him his bottle and bounce him on my lap and put him over my shoulder and burp him” and then the comments stopped and people started seeing this was a serious relationship. Ever since then I have had the support of my family and friends. Robert’s mom has insisted that I call her mom and she stated she sees how happy Robert is, and she told me that in his life Robert has always made the right choices, and that she couldn’t be happier that I am going to marry her son. 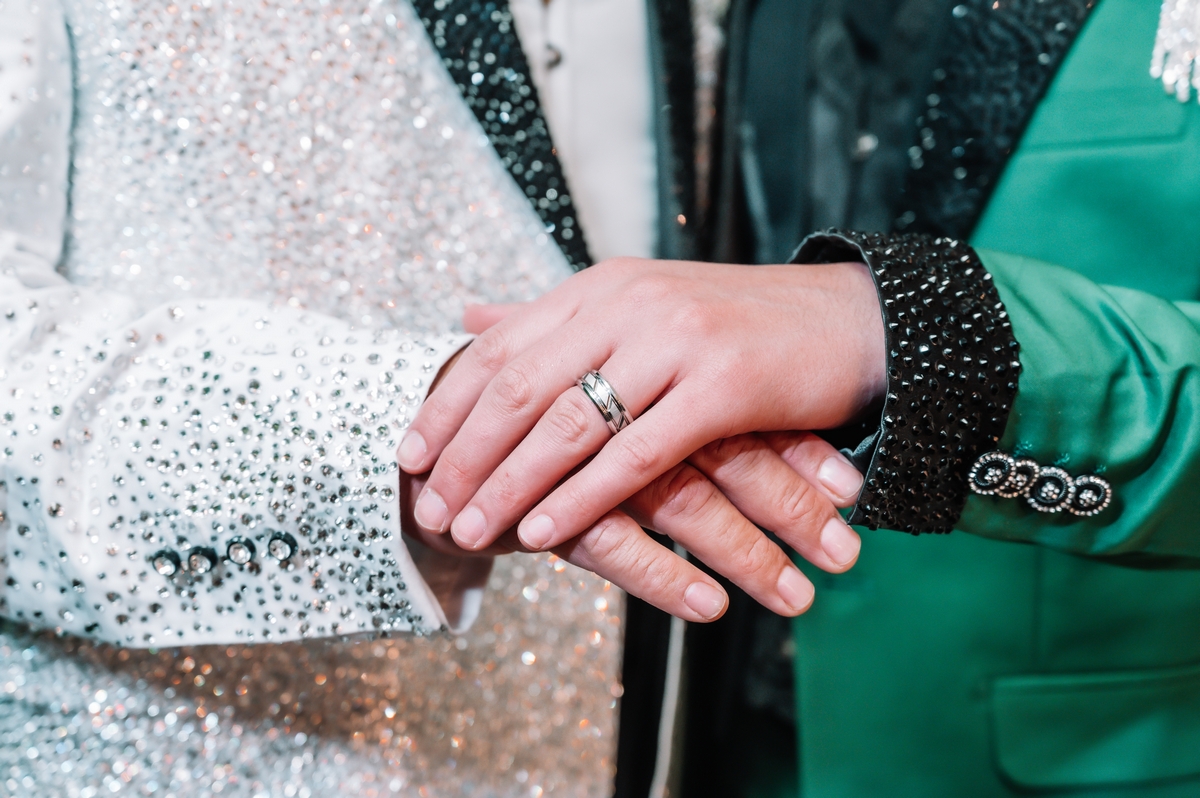 We will be taking each other’s last names and combining them together, so July 24th will be our big day.  We will be celebrating the day with family, friends, and loved ones and it will be a night to be remembered. And when anybody reads this, remember never give up on love. Love can seem a lot like trying on hundreds of different rings, you might not find the right one right away, but there is a right one out there for you.