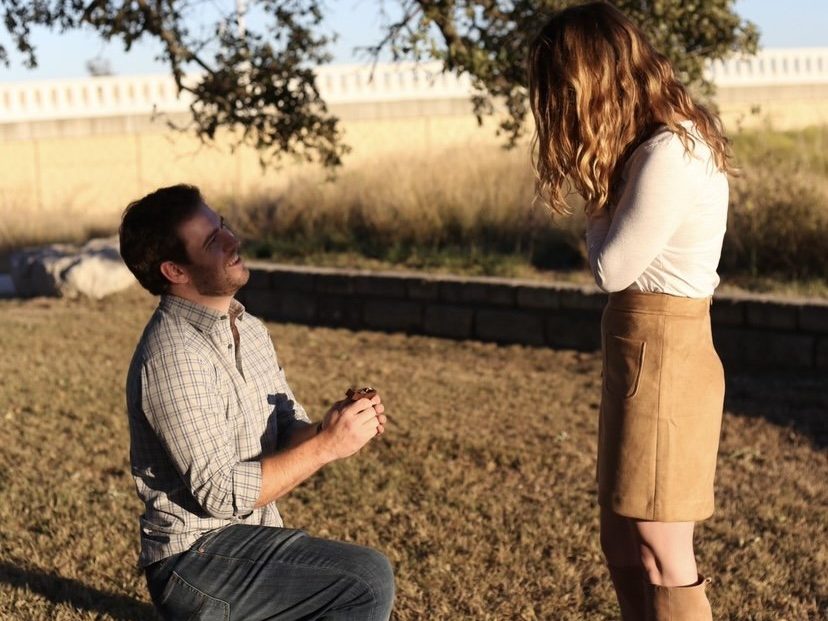 This couple actually met on Bumble- and if you don’t believe them just ask the bottle of champagne that Bumble recently sent them to congratulate the couple on their engagement! Haleigh said that as soon as they matched they started talking every day leading up to their first date. She was so nervous, but Andrew soon helped her feel like she was hanging out with a lifelong best friend. 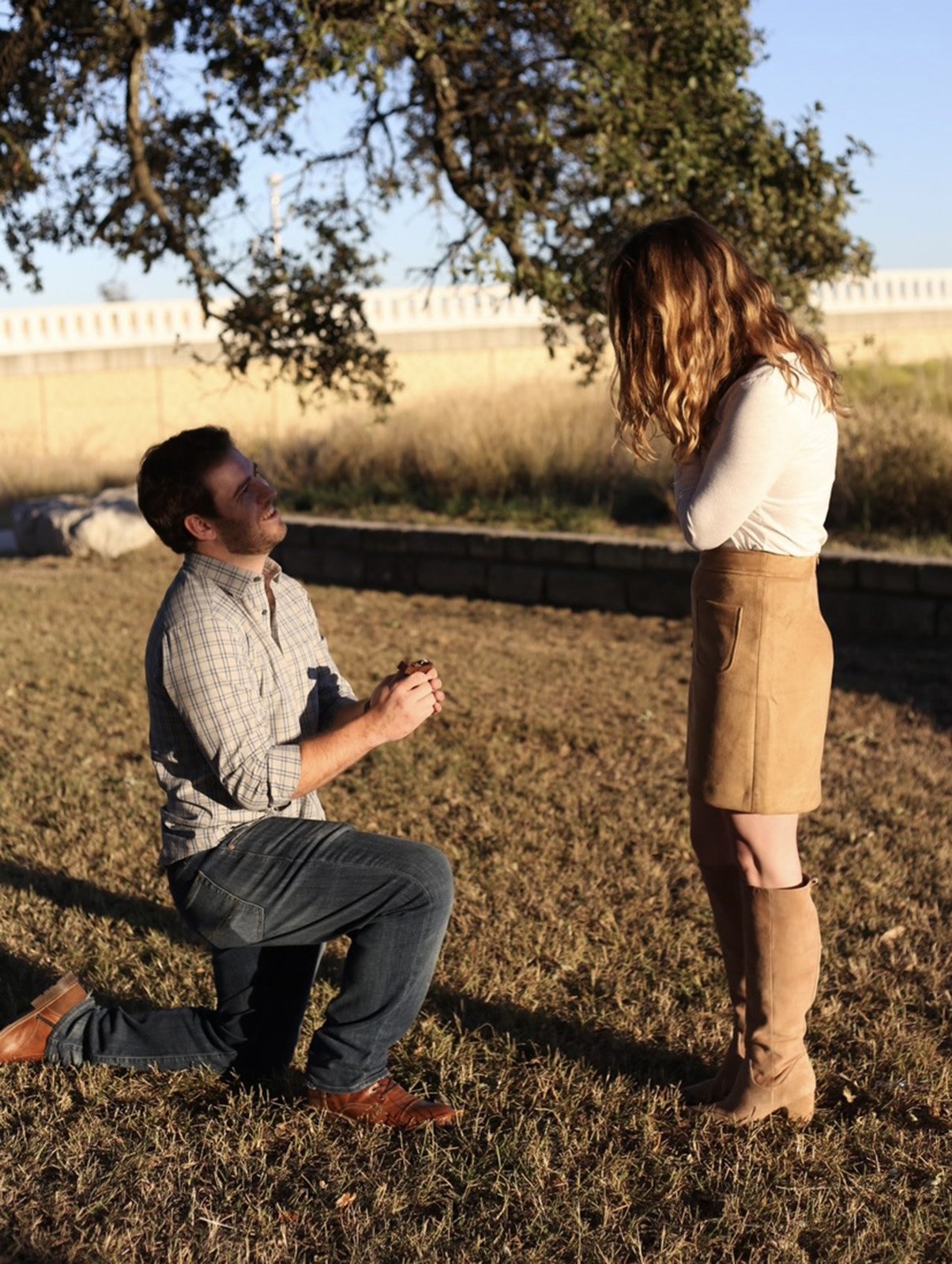 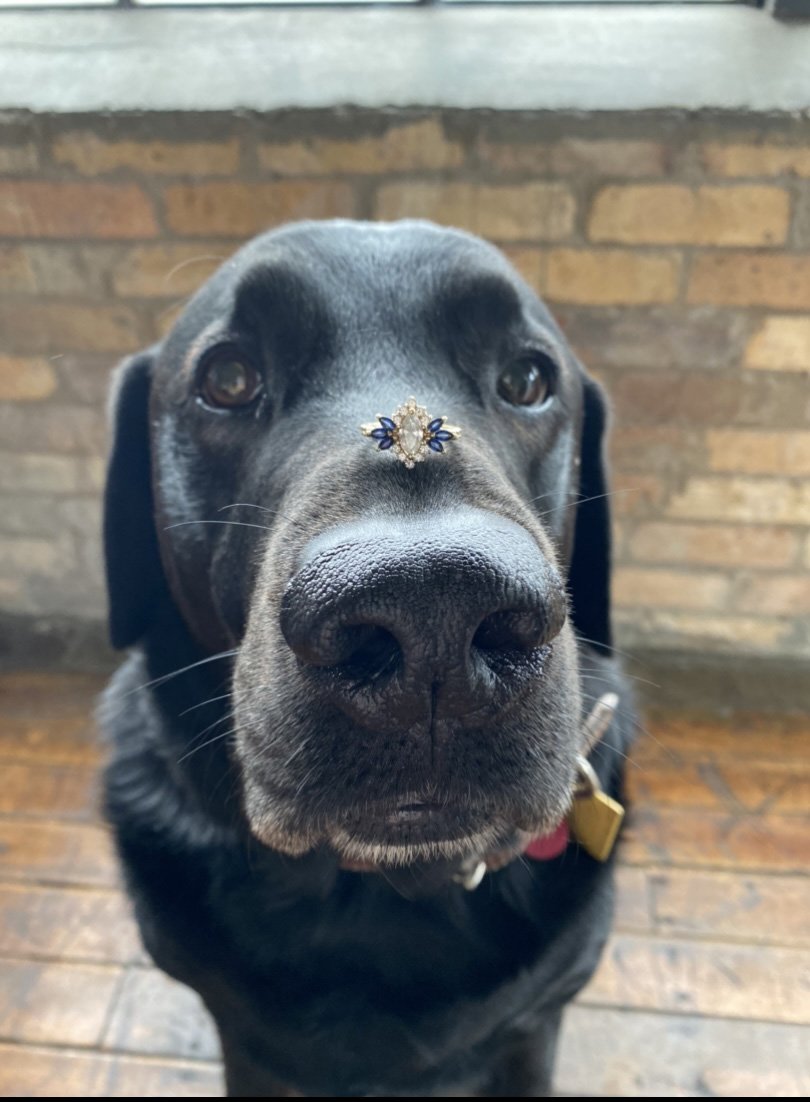 Haleigh and Andrew began taking walks around their neighborhoods park near the beginning of their relationship. It was a time the couple cherished together as they walked in the darkness sharing forgotten memories, wild fantasies, and vulnerable truths. These walks are where their relationship truly began, so it made complete sense to start this next chapter in their book the same way.

One beautiful afternoon the couple was on one of their reoccurring walks. They took a stop at a scenic little pond- and that’s when Andrew got down on one knee and popped the question that Haleigh had been waiting for her whole life. She was of course in shock, and while it took her a minute to respond, she claims it was because she was taking in the whole thing!

Fun fact- Haleigh actually designed the ring that Andrew ended up using to propose to her. Before he made the decision, she had given him about five different design options for him to use as a base canvas. The added sapphires were also her idea due to 1) the color of Andrew’s eyes, and 2) an incredibly important time of their lives that was spent by the ocean. 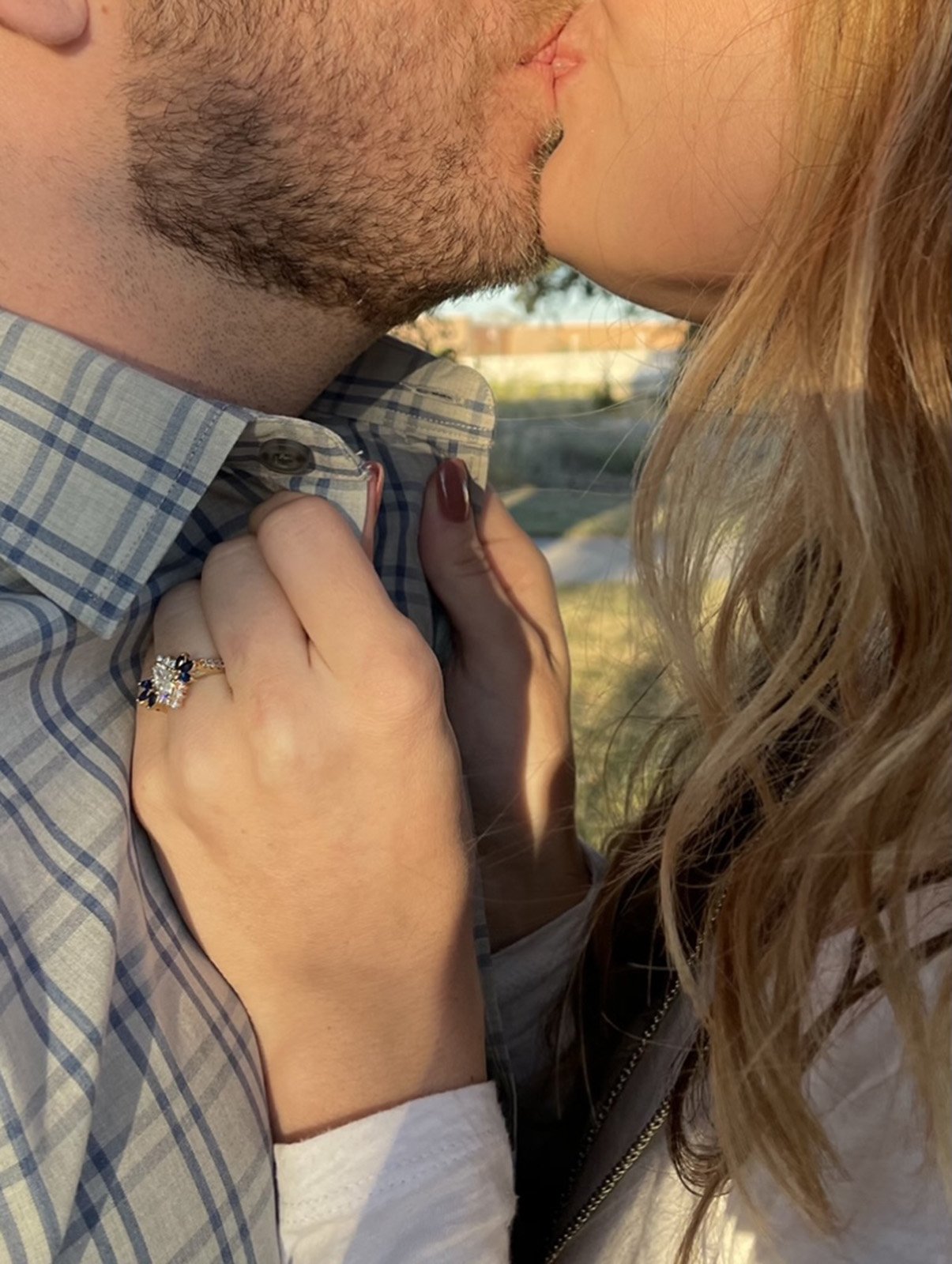 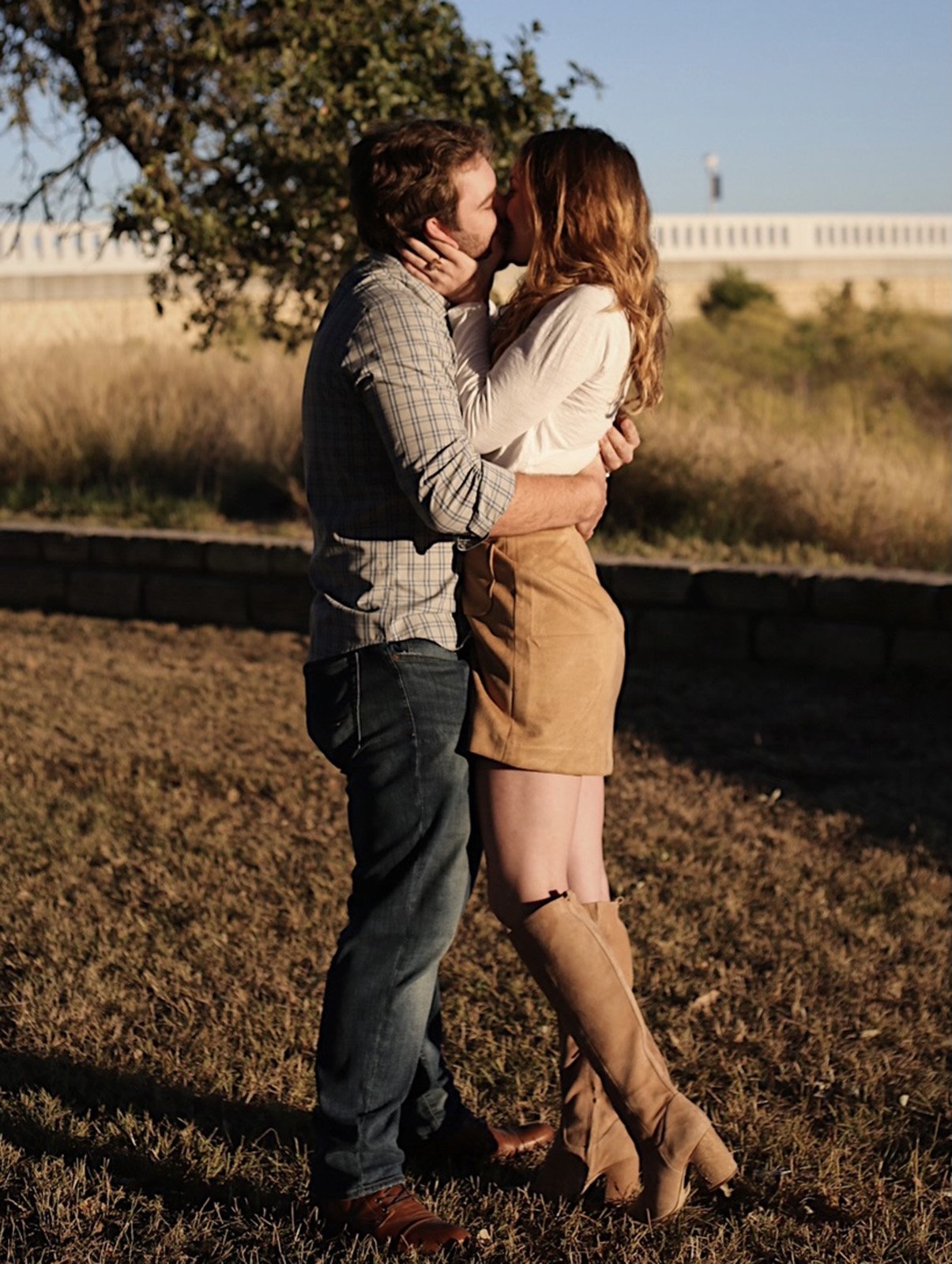 While Haleigh hasn’t found her perfect dress yet, she has decided that both her ceremony and reception will take place at Hayes Hollow at Hidden Falls. The couple chose this as their special day’s location due to the fact that they are a nature loving, hike taking, adventure seeking couple. The outdoor space at Hayes Hollow was stunning to Haleigh and she knew it was the perfect place to celebrate their commitment to each other.