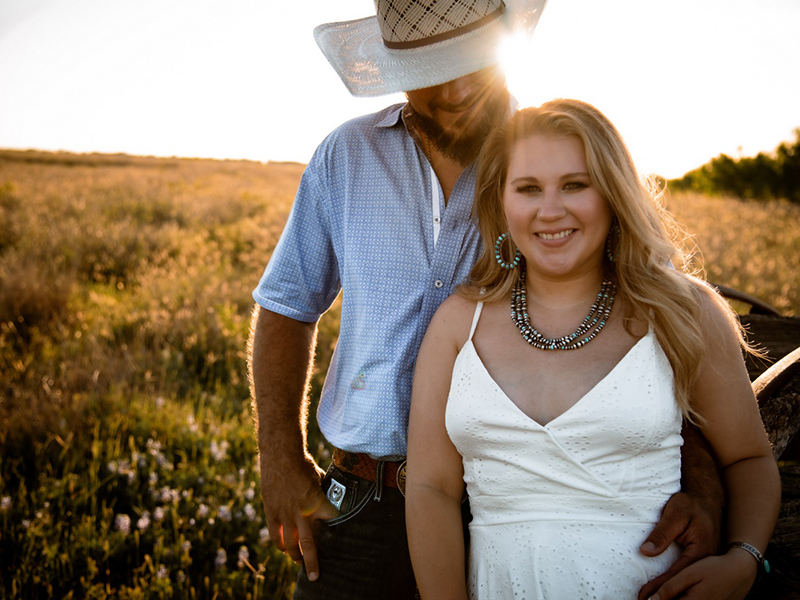 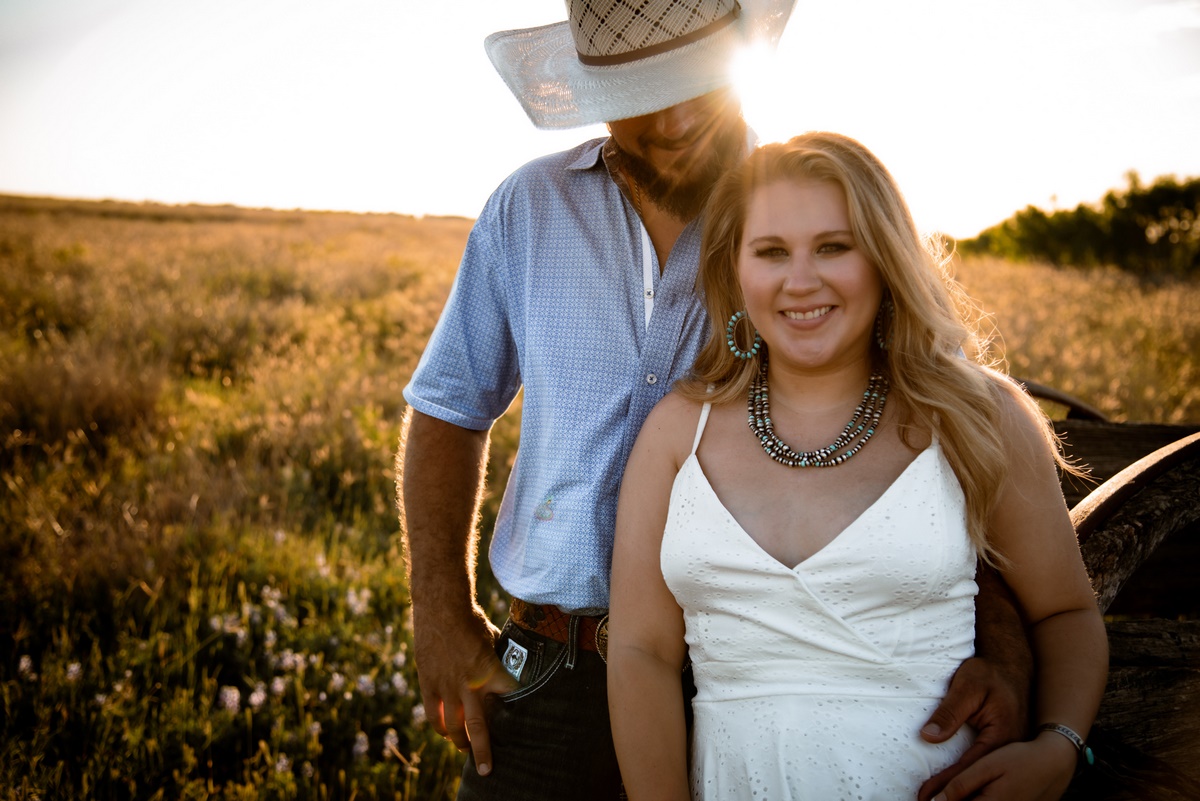 At the time the couple met, Taylor was causally dating. A co-worker of hers wanted to set her up and she agreed. They went to a bar on a weekday and the blind date never showed.

Her now fiancé, Reagan, was there with some mutual friends and they were having a group conversation. Taylor had some friends at Cowboys Dance Hall, and decided she was not waiting on her blind date to show, so she left.

While at Cowboys Dance Hall, 30 minutes in, she received an Instagram message from a guy asking if I was still at the dance hall. She was weirded out at first, but realized it was Reagan. She replied with a simple yes. Thirty minutes goes by and next thing she knew, he was tapping her on the shoulder asking her to dance.

They stayed until the dance hall closed. The friend Reagan rode with had left him, so Taylor drove him to his truck. They drove 45 minutes from San Antonio to New Braunfels, and not one word was said. Taylor didn’t think anything of it, just they had a fun time and it was the end of their time together. A day or two went by and Reagan messaged Taylor on Instagram asking to go out to drinks. Five years later, they are engaged.

Taylor and Regan are really big into fishing and are always on the water.

His family and him planned it very well. They all went out on the boat one day and had planned to do some family pictures. They drove out to an island, wearing matching shirts and a photographer.

Toward the end once Taylor thought they were done taking family pictures, Reagan pointed out something on the ground. Taylor picked it up. Before she could see what it was, he was on one knee proposing. She looked at what she picked up and it was a fishing lure reading, “You’re the greatest catch of my life. Will you marry me?” 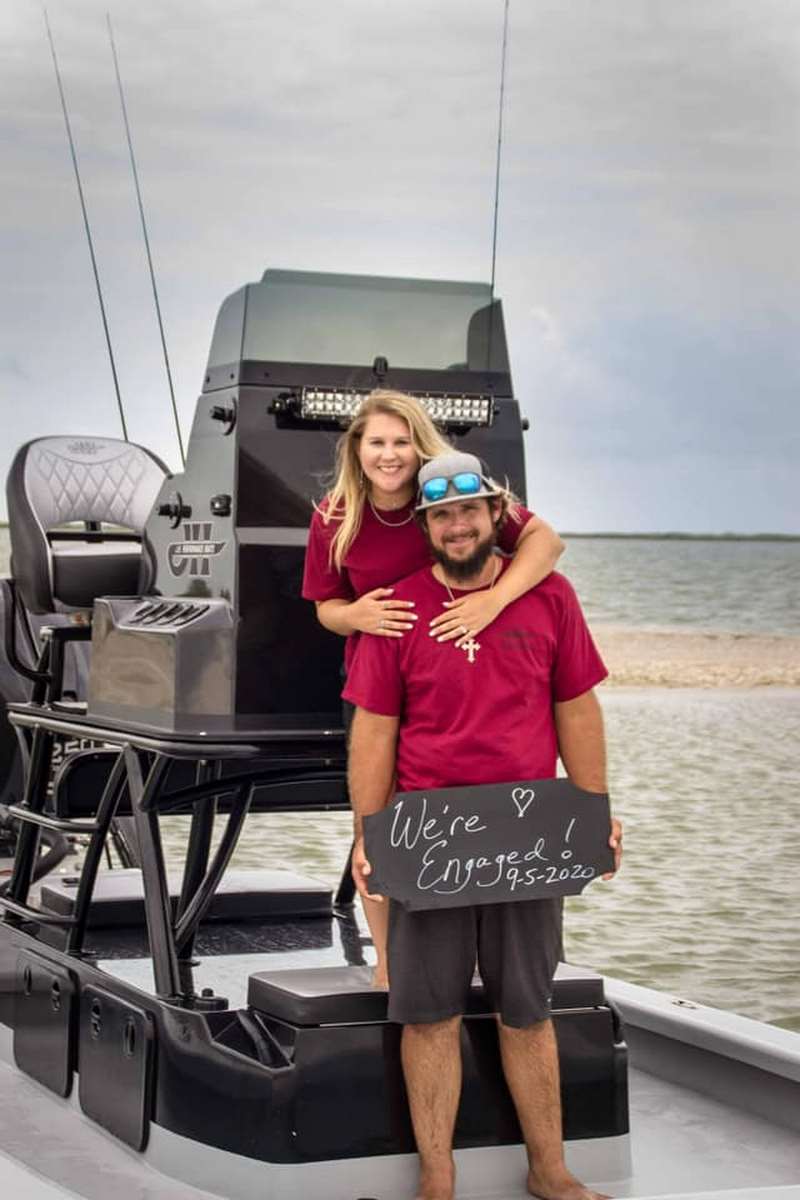 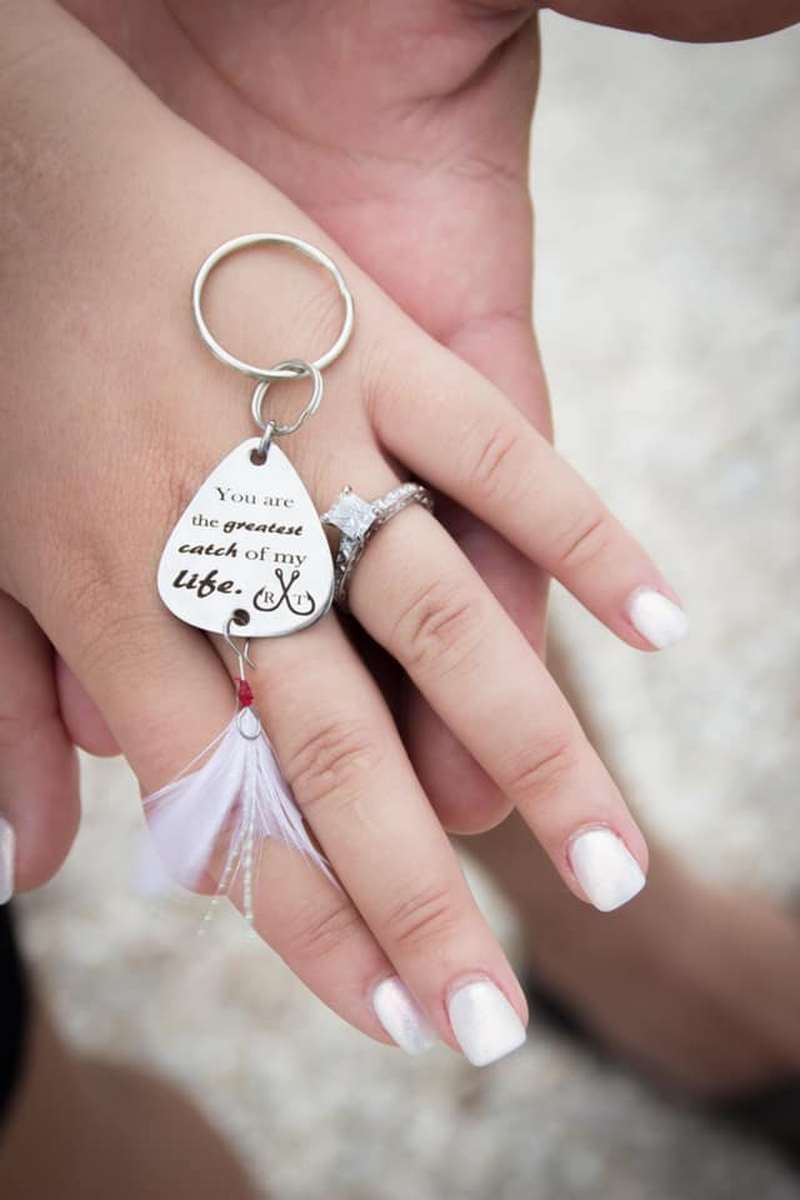 Reagan designed the ring with the help of his mother at Ernesto’s in New Braunfels.

Taylor never saw the ring or looked at a single ring together before the engagement.

Taylor found her dress a week after her engagement.

“It was overwhelming but a wonderful experience,” she said. “I did not cry but did have butterflies when I found my dress.”

The couple are set to be wed at Harper Hill Ranch in April 2022.

“I knew about it right away because it is about 5 minutes from my house,” Taylor said. “Once I visited, I knew it was where I wanted to get married.”