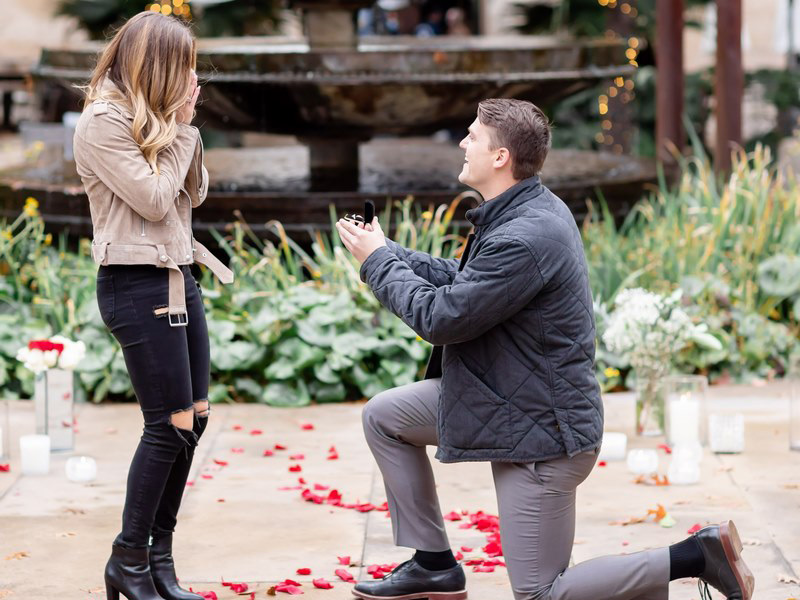 Proposal at The Pearl 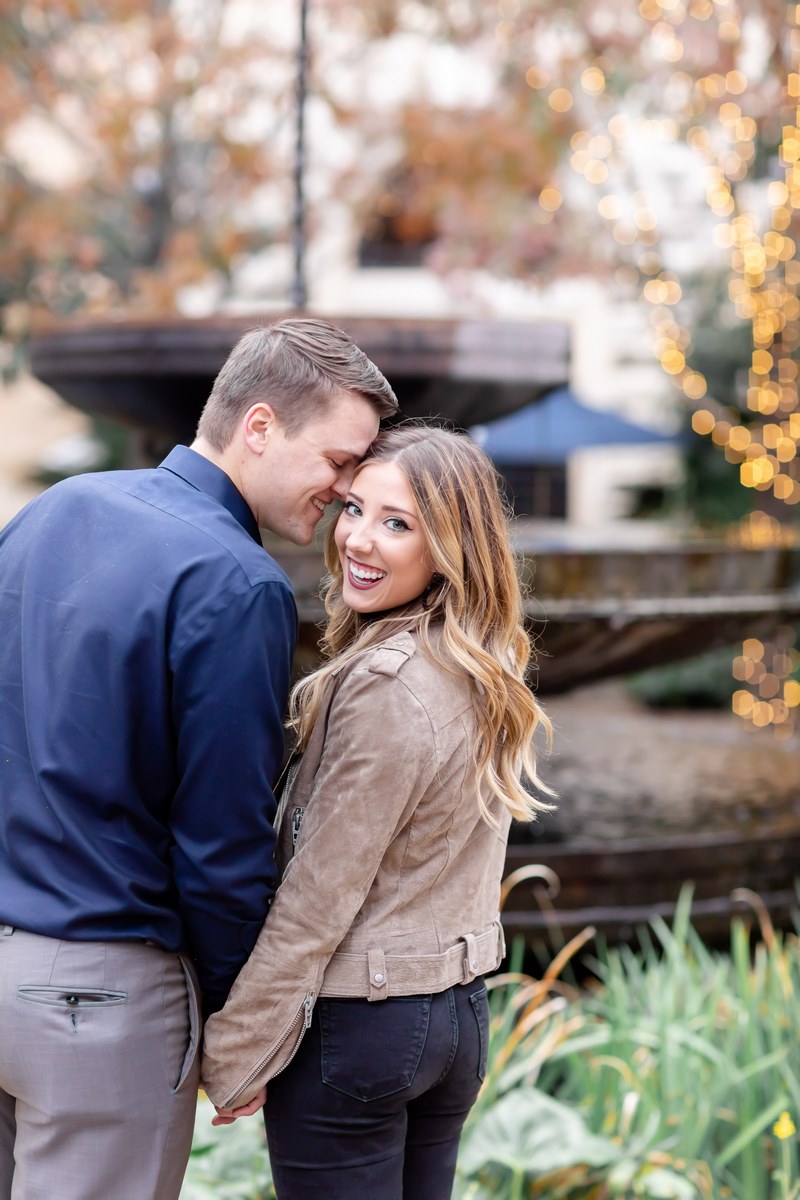 While Caitlyn was a Baylor Bear cheerleader who didn’t go out much, she found herself celebrating out on the town with her roommates the week before her graduation. At one bar they went to, she saw Johns amazing smile from across the room and told her friend that she had to meet him! Instantly smitten by his dimples and infectious personality, the two have been inseparable ever since. One week later, and who knows- maybe the wouldn’t have met. Caitlyn says fate and God made it possible and brought them together at the perfect time. 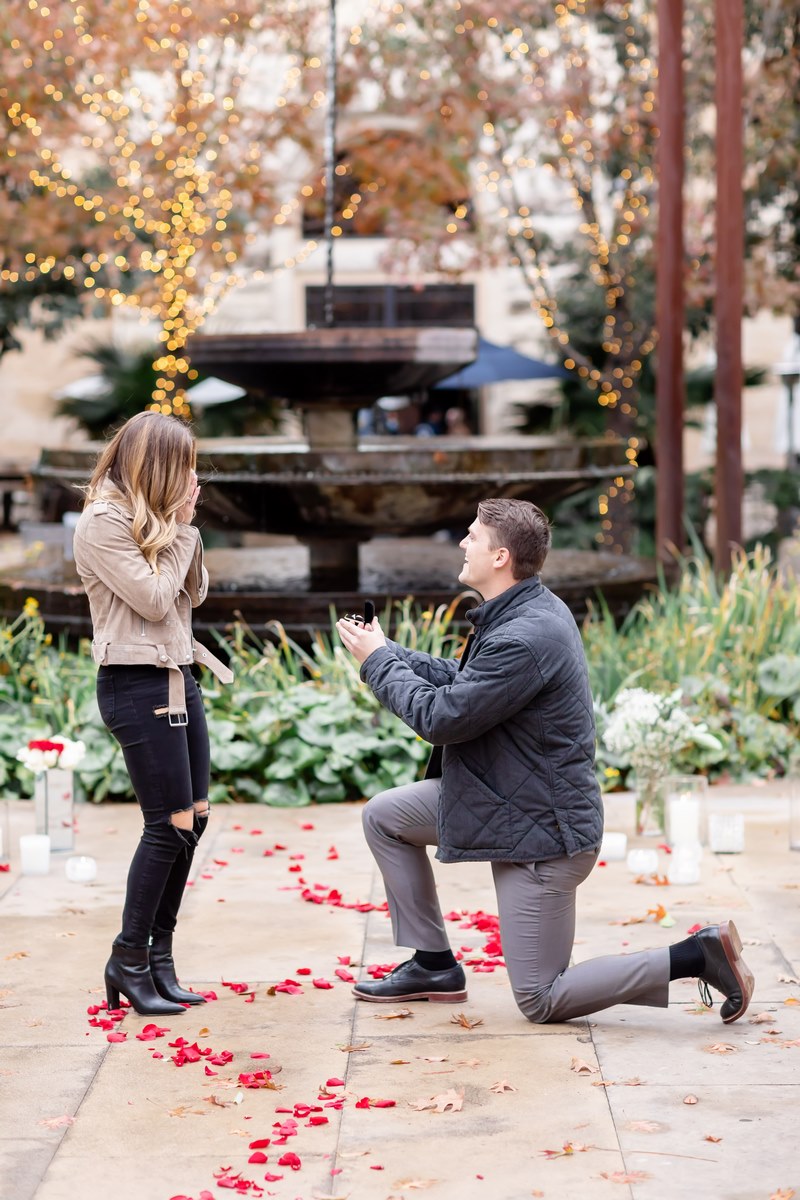 John had been spending the holidays with his family in Phoenix, and when he got COVID-19, it added an extra ten days onto his trip that the couple were not anticipating to be spending apart. Caitlyn missed her best friend and John promised to make it up to her by bringing her to one of her favorite local hangout spots in San Antonio as soon as he was able to come back.

That Sunday that he returned, they had a sweet dinner planned at The Pearl Brewery. As they walked hand-in-hand to the Boiler House, Caitlyn saw Hannah Charis (one of our favorite local photographers) sneakily snapping pictures of the two of them. Caitlyn didn’t think much of it until she turned the corner and saw scattered rose petals and candles in front of a fountain. Still trying to rationalize what was happening, she assumed that it was left over from a previous proposal that had happened that day. Once she noticed that Hannah was rapid fire taking photos of the two of them, she turned to John and said… “is this for ME?!”

Speechless, Caitlyn watched as John got down on one knee and asked the question that she- of course- said “YES” to! As they walked into the restaurant, Caitlyn was also greeted by both of their families that were so ready to celebrate the two love birds. 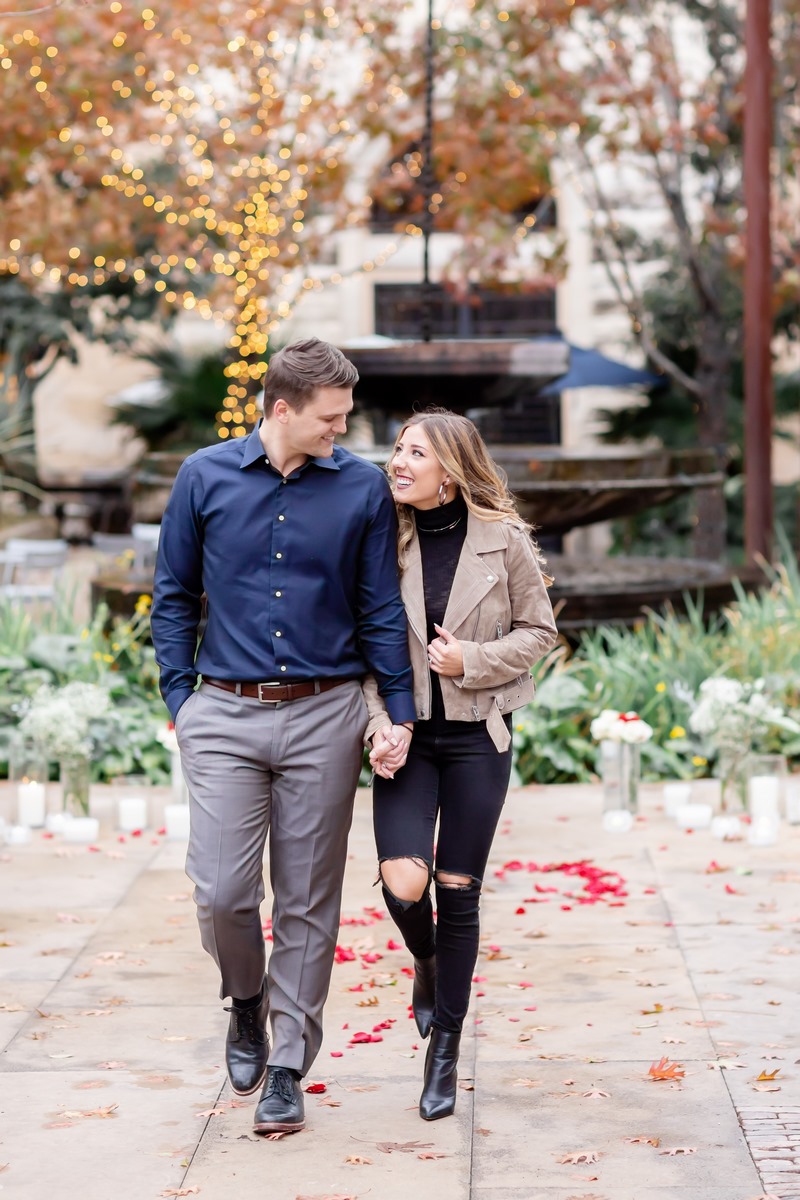 Since Caitlyn was a fashion major, she had been dreaming about her wedding dress since she was a little girl. With the help of her mother and MOH she found the perfect dress at Stanley Korshak in Dallas.

Kendall Point was perfect for what Caitlyn was looking for. From the moment she drove onto the property she knew that this was the one.