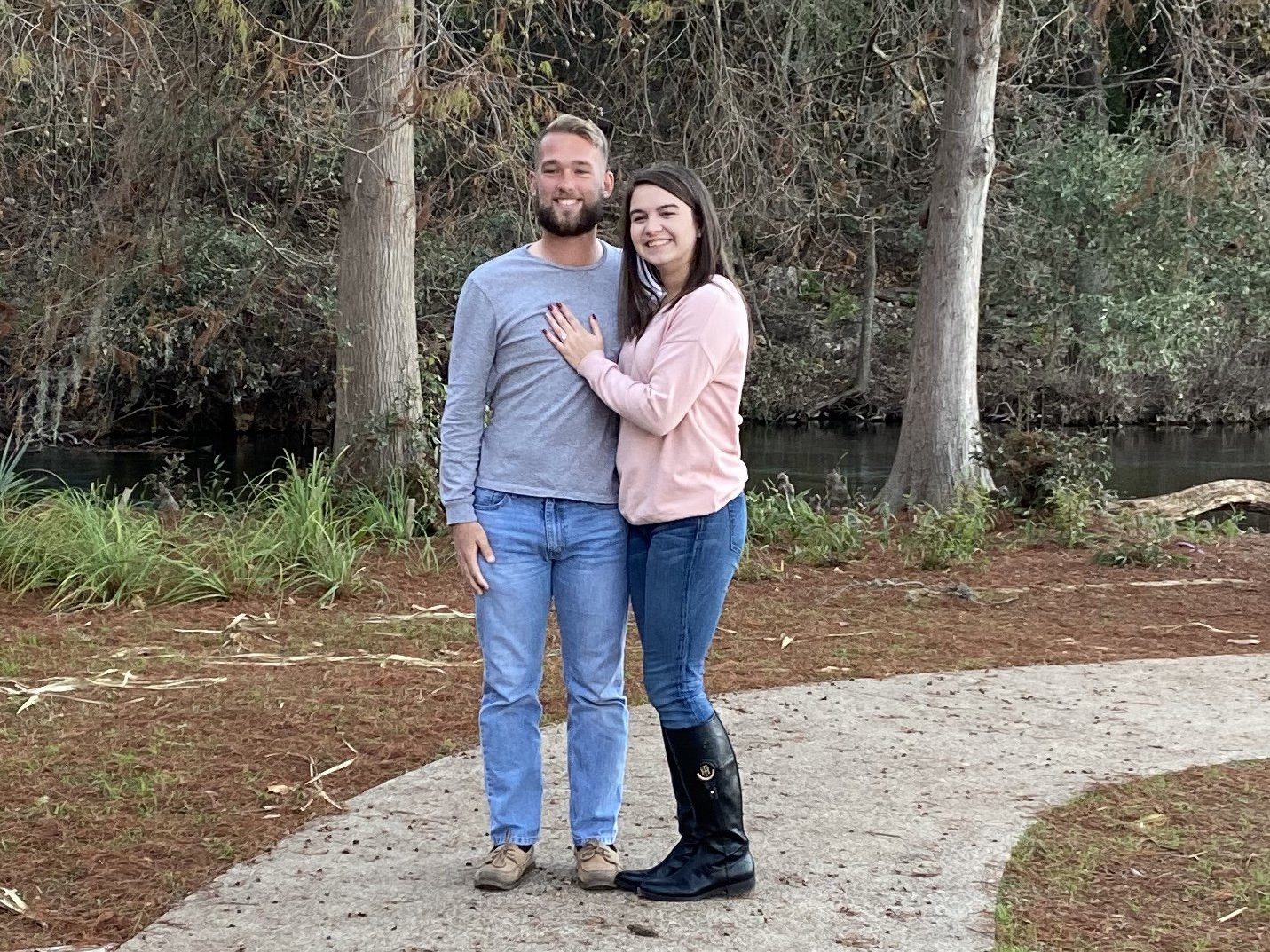 A Love That Is Meant To Be 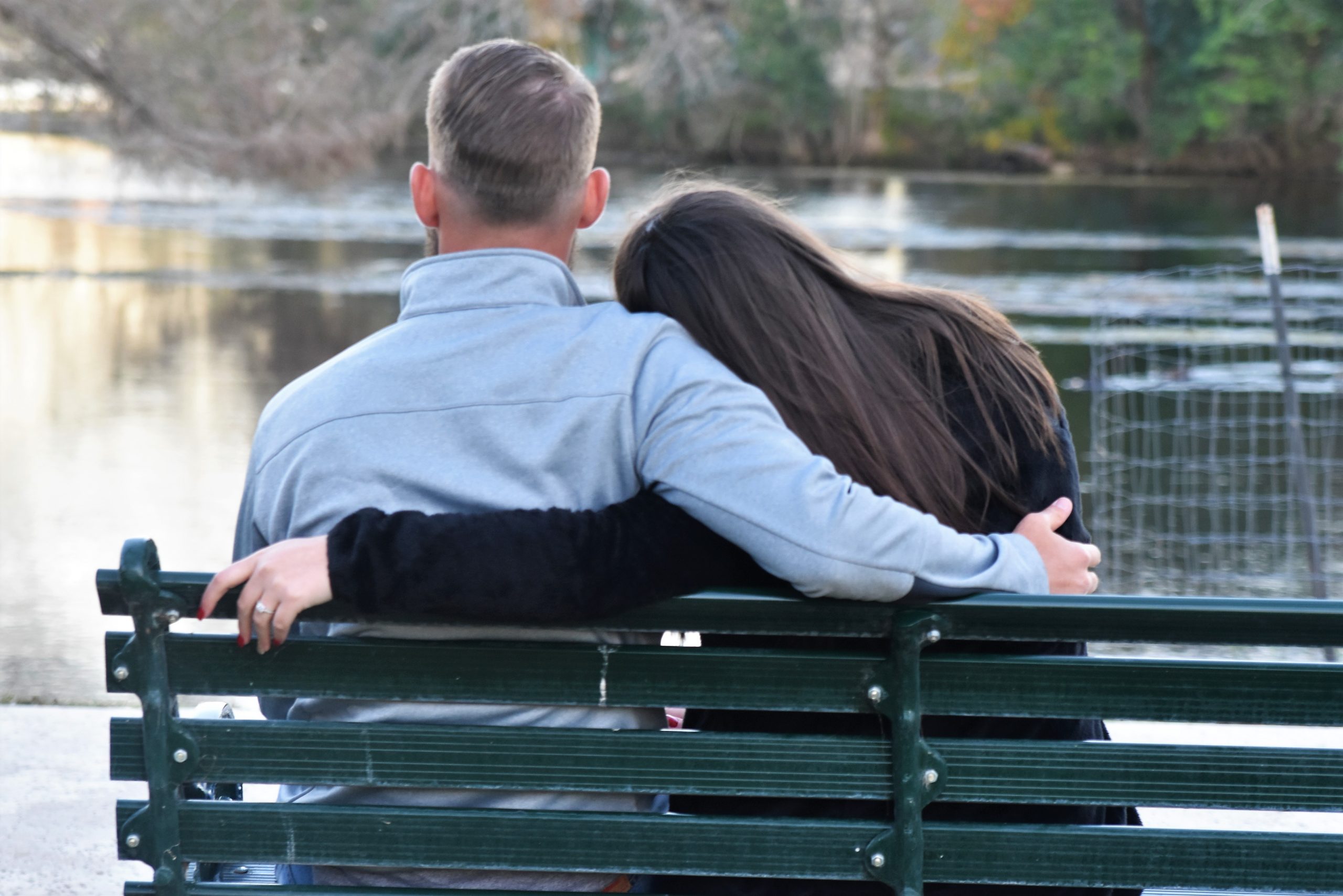 Collin was 7 and Brooke was 5. They were neighbors and playmates until the day Brooke moved away. While Collin was heartbroken at the time, both of them had mostly forgotten about their history. Reconnecting 15 years later, the couple still didn’t realize their connection until Brooke’s mother, who works at a police station, came home one day with news and photos verifying the whole thing. As memories flooded back into both of their minds,  they realized just how many times they had been in the same room together without even knowing that the love of their life was in the same room.

Collin took Brooke and her son to the park where they shared their first official date. While Brooke was a bit suspicious of Collin’s behavior, she didn’t really question it. They found a cute little gazebo and sat there for a while together until Collin suddenly stood up and proclaimed, “Babe, you know I love you with all my heart… I can’t imagine my life without you in it… Will you marry me?” Brooke shockingly screamed “Yes- Of course!”. 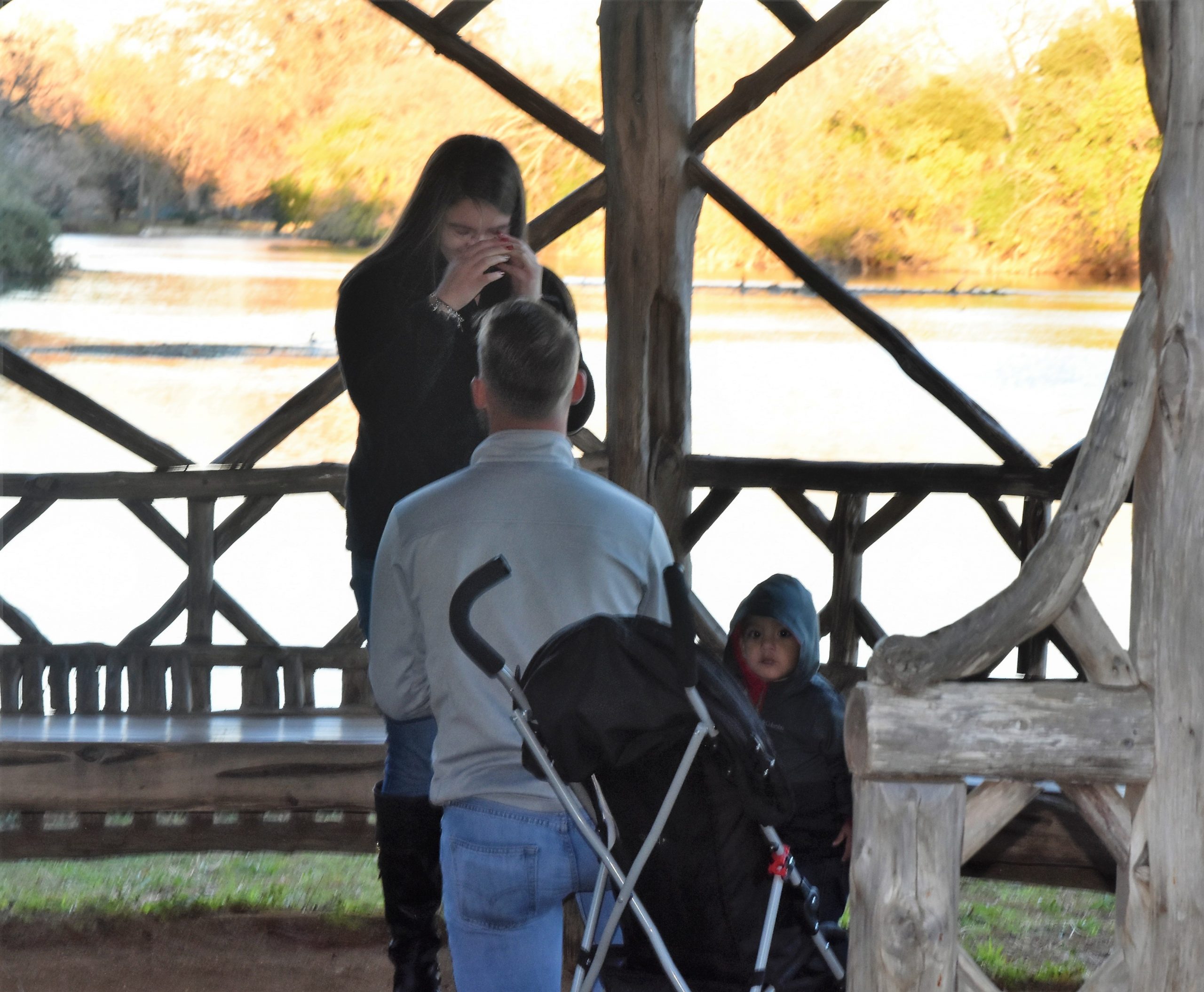 Brooke found her dress on her first trip to a bridal salon. She was planning on just getting a feel for what styles looked good on her body type but couldn’t help but fall in love with one of the dresses she tried on that day. That day she was only with her mom, so she invited a few more women in her life to see the dress on her before making the final decision. Everyone was crying happy tears when they saw her and she new that it was the one!

This couple chose the Perch House and Hall for their venue. This spot is unique in the fact that it used to be an AirBnB, so it is fully accommodated for you to stay on the site for up to 4 days during the time of your wedding. They also loved that it was new and right on the lake!