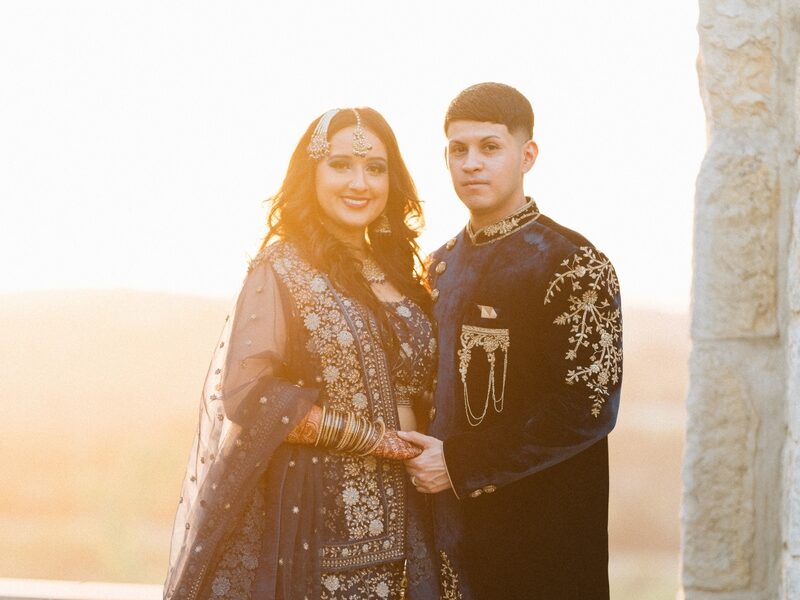 Photography by: Lens Out Loud | Written by: Kat Gualy 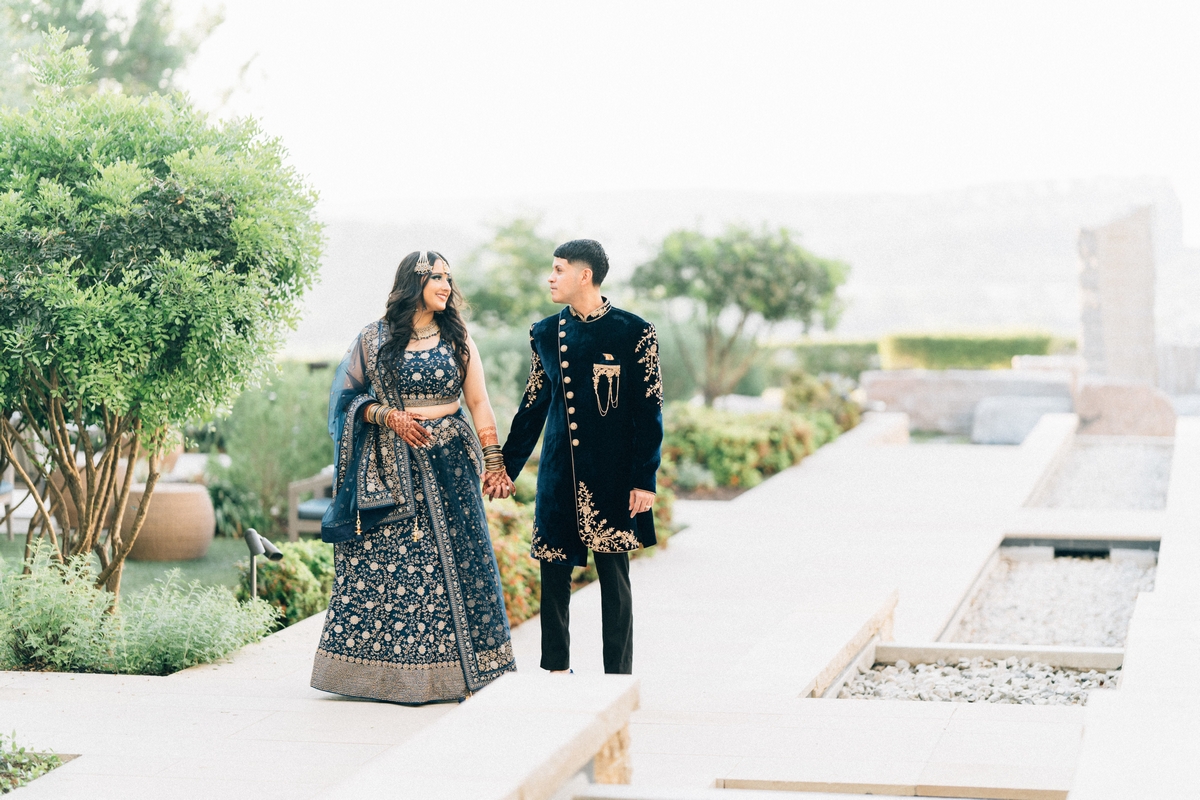 On September 13th, 2019 (yes that is a Friday the 13th), Ashreen Gill went to her dental hygienist job as normal.  Typically on Fridays it was just Ashreen and one other hygienist, so they had a very busy schedule. Halfway through their day the other hygienist had to go home to her sick son.. it was too late to cancel the other patients appointments, so after lunch Ashreen was seeing both sets of patients. Michael, her now fiancé, was one of the other hygienists patients and he and Ashreen hit it off instantly. While talking to Michael, she found out that they hang out at the same places and like the same music.

Before she left to see her next patient, Michael asked her if I had a Twitter. She replied no but gave him her number instead. Michael didn’t text her the same day… he waited a whole day before he sent her a message. They went on their first date the following Friday, and ever since then they grew closer and I now she can’t see herself with anyone but him.

“The day we met was fate bringing us together. I am so thankful to have him in my life!”- Ashreen 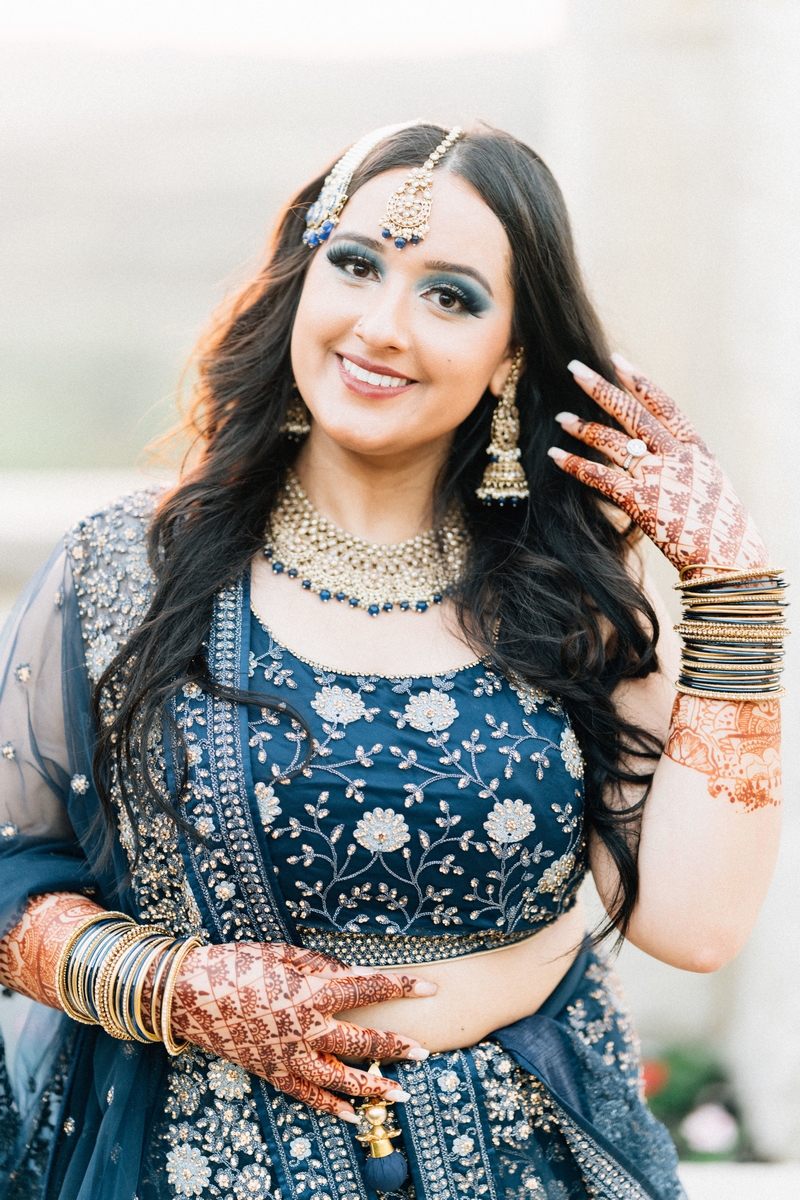 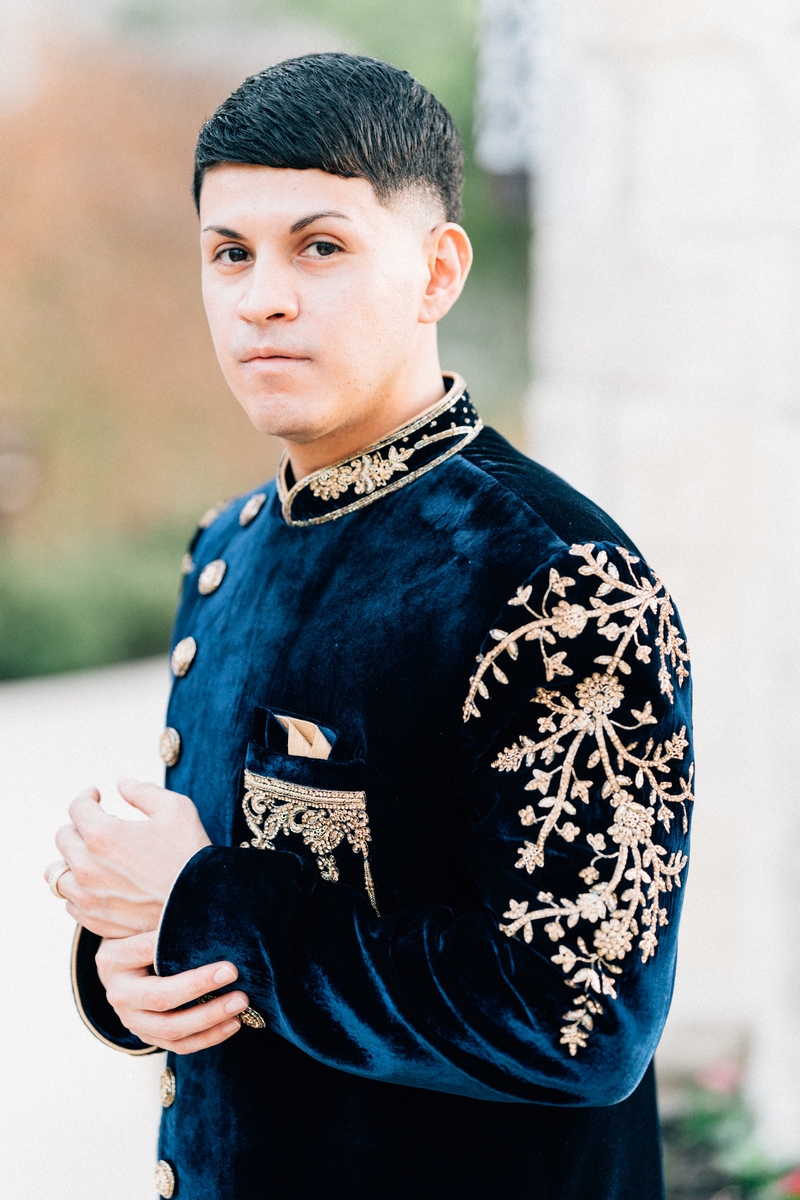 Michael took her out to dinner and got her flowers, but she still had no idea what was to come. Michael ordered us chocolate cake which is Ashreen’s favorite, but I he doesn’t like cake, so Ashreen was immediately suspicious at his order. Once the dessert came out, his proposal was written on the cake, and he asked Ashreen to marry him. 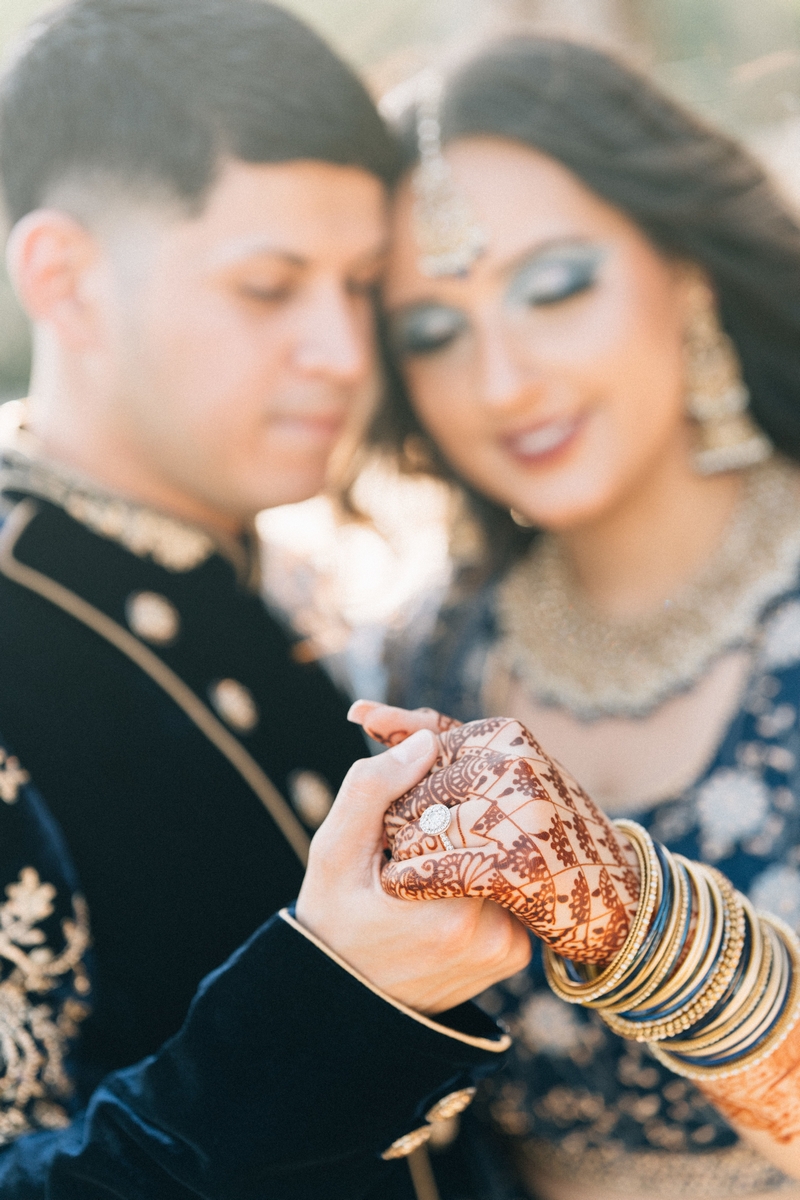 Since Ashreen’s family is Indian,  she wanted to keep the traditions… at least with her wedding dress. Her jewelers family told her to look in Houston at a shop called Roop Sari. When they first went here, she was originally just wanting to get a gown for engagement pictures. She actually ended up finding the most gorgeous red dress that was similar to Priyanka Chopra-Jonas wedding dress so she had to get it! When she returned to pick up the dresses after alterations she had changed her mind.

“I felt as though my wedding dress wasn’t the one so I kept it for bridal pictures but I decided to buy a maroon velvet with gold sequence for my new wedding dress.”- Ashreen

The couple has also picked their wedding venue after touring many many spaces, Golf Club of Texas. 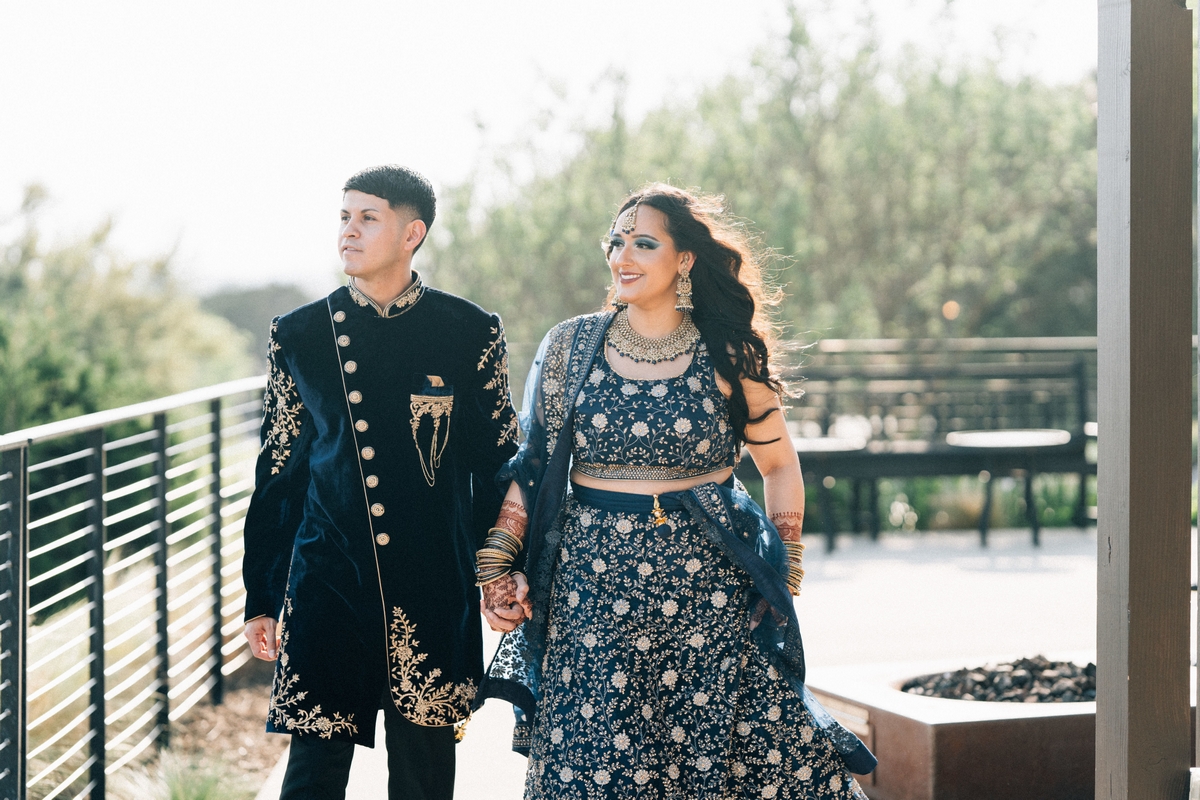 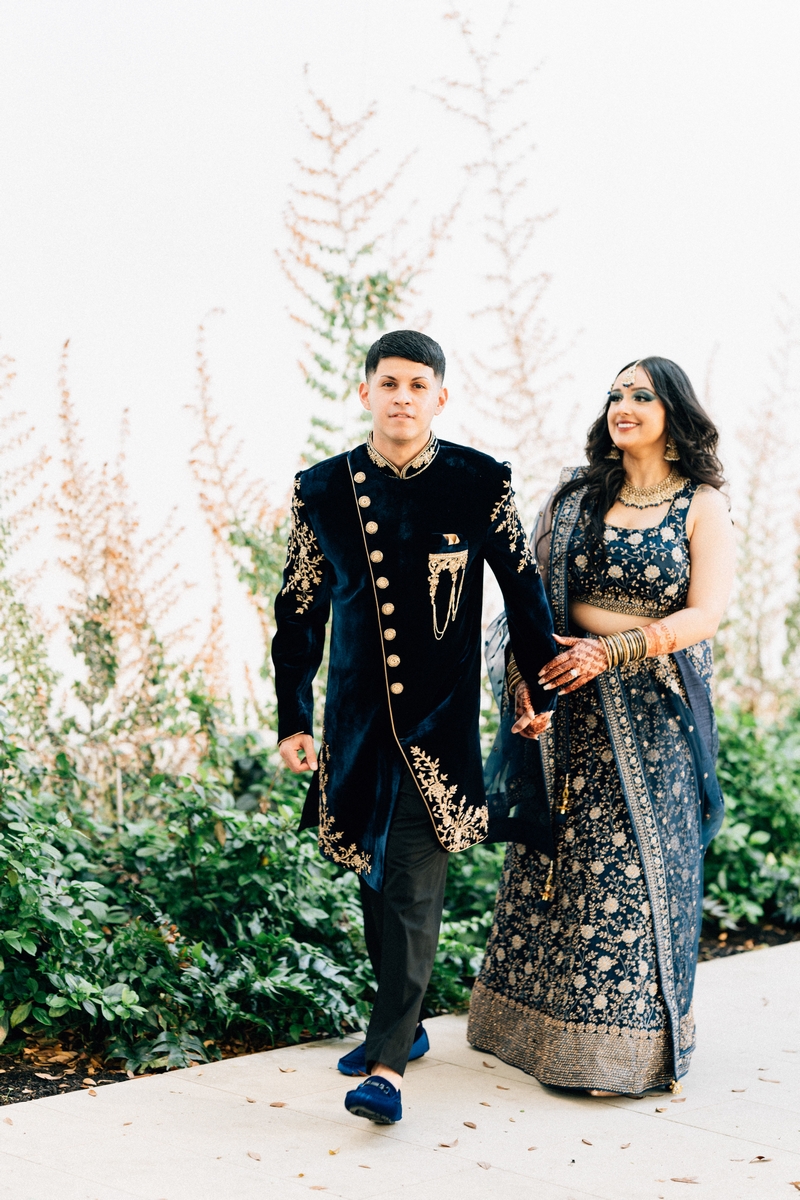 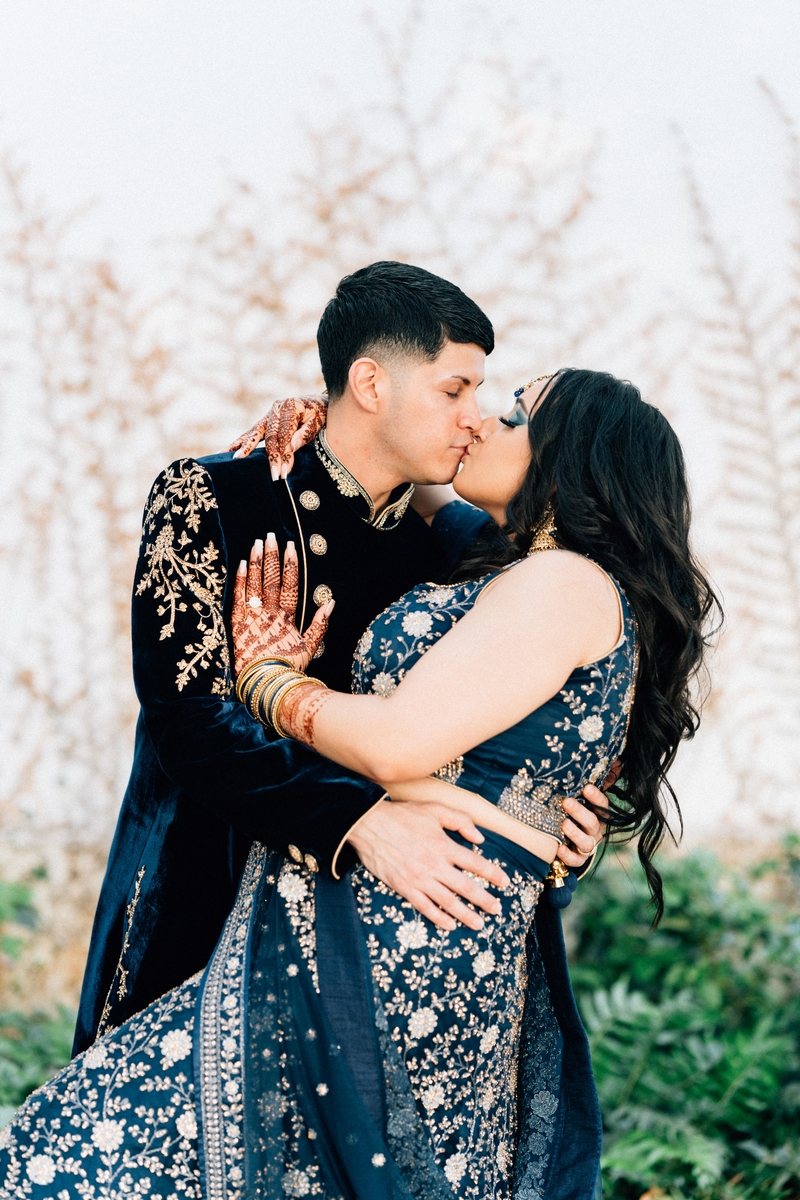